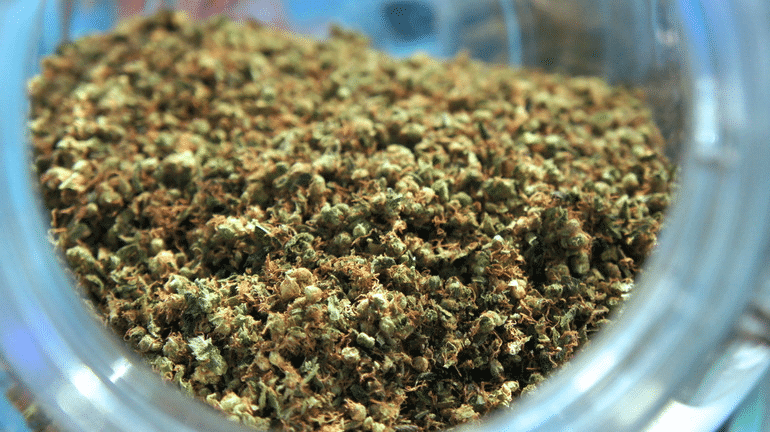 As it is with many cannabis terms, shake can mean a lot of different things to different marijuana users. The way you define it determines whether you hate it or love it. Get shake from Cannabismo & the sky is the limit! 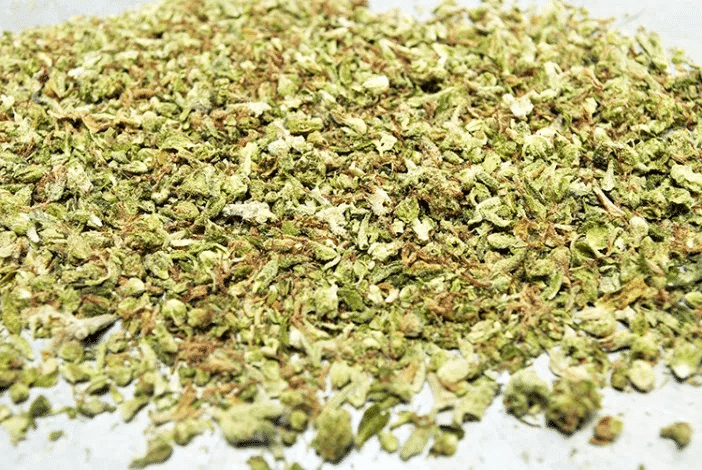 If I were to describe shake with one simple word, I would say “leftovers”. Because basically, that’s what it is – cannabis leftovers. In other words, when you separate your buds and store them in a jar, you will see some pieces of the cannabis flower, resin, and buds on the very bottom.

You can get shake from us here.

So yeah, just imagine that the whole bud is a steak, and shake is what has remained on the plate when you’ve reached your limits.

This analogy is particularly accurate because leftovers can be either delicious or disgusting, and shake goes by the same token.

A Couple of Things Shake is Not

Shake is NOT useless. In fact, you can use shake in a variety of ways. It can improve your whole cannabis experience, not to mention that shake allows you to use the entire, useful plant material. It’s a win-win situation, isn’t it?

Shake is NOT kief. Kief is a dusty, crystal resin consisting of trichomes. It falls off the moment the trichomes are separated from the cannabis flower. This crystal resin contains the highest concentration of cannabinoids compared to other parts of weed. Of course, some kief may fall off along with shake, but shake also contains pieces of buds, flowers, and some small stems.

Shake WILL NOT replace cannabis. You can’t smoke shake alone. I mean, you can but you won’t get as high as you would if you were smoking your freshly ground buds.

Is Shake Good or Bad?

From my observations, it looks like shake gets a bad rap among the cannabis community. However, this is due to the stereotype that whatever falls off of your buds is simply a waste.

Nope, it doesn’t work that way.

Shake is just smaller pieces of the flower by definition, right? Given this, if the nugs are of good quality, you can expect the same from the shake. Better yet, you can use it in plenty of ways, but stay calm, we will get to that in a moment.

For now, let’s see why some people throw daggers at these pot crumbles.

To begin with, shake can dry out much faster than your buds. If you store your stash for too long and you keep it at the very bottom of the jar, the material gains more surface area. This, in turn, makes it oxidize much faster than usual.

Another problem with shake lies on the part of growers who try to pass off trim as shake. People use sometimes use these terms interchangeably, but shake is not trim and vice versa. Trim is the useless plant matter that growers cut away from marijuana buds before the curing process. Smoking trim is a far cry from being pleasant, not to mention that it’s far less potent than shake.

Last but not least, if you’re a medical patient, it’s of the utmost importance that you know what you’re consuming. Sometimes, shake is combined from different strains, and thus, it may affect patients differently. That being said, if you’re a medical marijuana patient, ask the dispensary for details in order to avoid a bad experience.

Where to Find Shake? 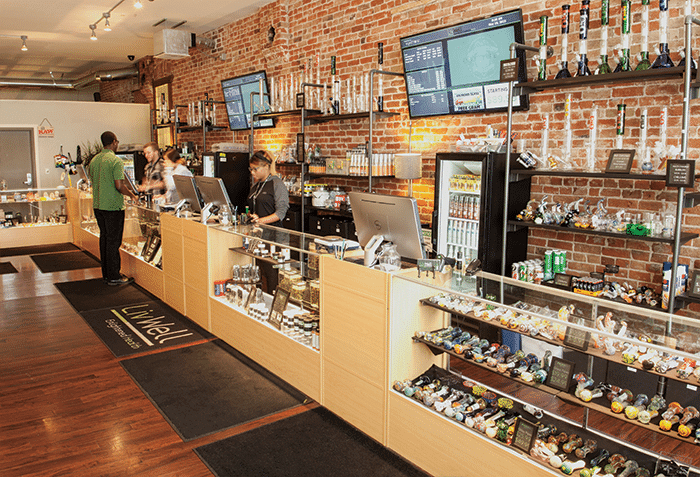 If you want to buy shake, you’re most likely to find it at medical dispensaries, especially ones that keep their buds in big jars. When budtenders shift the buds, bits of cannabis break off and remain at the bottom of each jar. Then, budtenders collect it and either sell it on its own or use it to make pre-rolled joints.

When buying shake separately, you will notice that it’s cheaper than weed nugs. At first glance, it looks like you’re getting a nice discount. But then again, it’s the question of whether the discount is worth the quality. As I said, it’s is only an addition to your smoking sessions, so the answer depends mostly on what you expect from it – and how you plan to use it.

How Not to Get Cheated in a Dispensary

Sometimes, whether you’re in a hurry or you just don’t feel like rolling a joint yourself, you just go to a dispensary and buy a pre-rolled joint.

Most mail order weed dispensaries in Canada fill their pre-rolls with shake in order to use every last bit of their flower. On one hand, it’s a good habit because hey, such a joint is still better than a spliff. However, it can also raise doubts about quality.

Let’s talk about leftovers again. Imagine you have a dinner and you’re planning to roll the leftovers into spring rolls later on. If you save the best bits of the dinner and use it for your meal the next day, it’s obvious that those spring rolls are going to be delicious.

But say you have forgotten about the leftovers and you’ve left them in the fridge for a couple of days. Yet, you’re still determined to roll them into spring rolls. Of course, you’re free to prepare and ‘enjoy’ your meal but I can already tell you that it will be anything but enjoyable.

So to cut the long story short, it’s more about the quality of those leftovers than it is about the very fact you’re using them.

When you order a pre-rolled joint from a dispensary, chances are your ‘spring rolls’ will turn out delicious and the weed will hit you just as expected. But there is still a risk that your budtender will use the worse share of the leftovers.

If you want to avoid such a poor surprise – such a joint can be much harsher, less potent, less flavorful, and cause headaches – order two pre-rolls and examine the contents of one. Simply open up your joint, dump it out, and see if it’s of the same quality as a nice bud you would grind for yourself.

If it fails to meet your standards, you know the dispensary can’t be trusted, and it applies to all their products, not just shake.

Ways to Use Shake 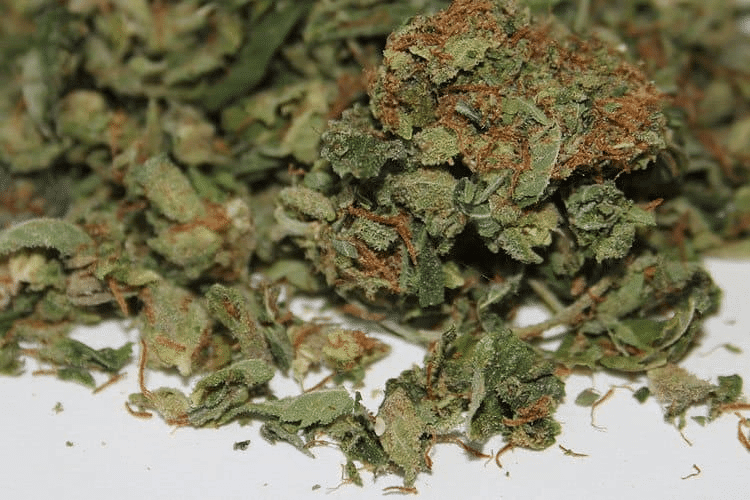 Okay, that’s enough theory, time to do some drilling. I’d like to show you some common and fun ways to use your shake.

Grind It Up and Add It to a Joint

Simple as that. Once again, you want to really add it to your joint instead of burning it on its own. A little bit of shake can spice up your weed experience, but if you go overboard or roll one up from sheer remnants, you’re not going to have a good time.

Unless, of course, you’re extremely desperate and you have the urge to light up immediately – which I believe doesn’t happen if you’re a responsible weed user.

Put It in Your Vaporizer

While smoking a bowl or a joint from weed leftovers is a crime against common sense, it’s actually perfect for vaping. Just toss the leftovers in your pot grinder and make them as fine as you can. A few bits of ground remnants should serve you for a couple of bowls, which is great when your wallet is as empty as a bird’s nest in December.  In all honesty, the taste won’t be great, but it’s still a huge distance from being completely out.

Keep in mind that the shake from the bottom of your bag is often just as potent as the nugs it came with, even though it may be a bit too messy to smoke or vape sometimes. That being said, it’s perfect for making weed edibles for example. You can infuse it into oil or butter and cook it with pretty much anything.

It sounds awesome, doesn’t it?

However, remember to decarboxylate your shake first – by that I mean heat it up before you infuse it into anything. Otherwise, it won’t release THC into the oil/butter, and all your effort will go down the drain. A light sauté in oil for about ten minutes before cooking it into an edible should do the trick.

Turn Your Shake Into a Salve

Speaking of infusing things, you should definitely check the health benefits of cannabis on your skin. The extracted plant material is rich in essential oils, which makes it an inexpensive way to improve the condition of your skin. If you’re struggling with dry skin patches, wounds, or minor dermatological concerns, use the weed-infused oil on the problem areas.

How do you have to deal with shake? Do you think it really deserves a bad reputation? Or is the general opinion based on common misconceptions?