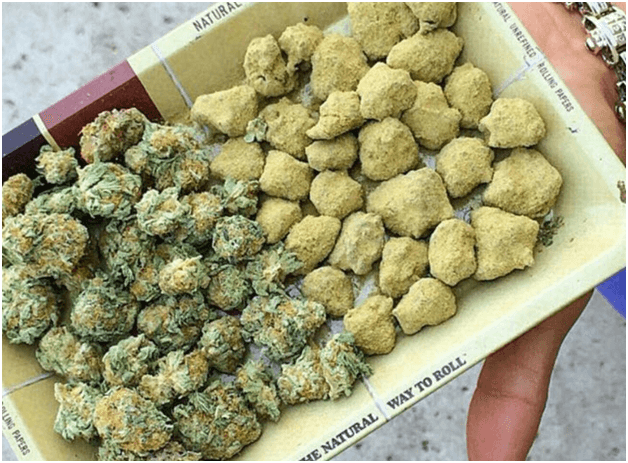 Kief is a very powerful and concentrated form of marijuana. You can use it in many ways to get a better, more intense high.

Interested in trying this powerful cannabis product? Keep on reading! 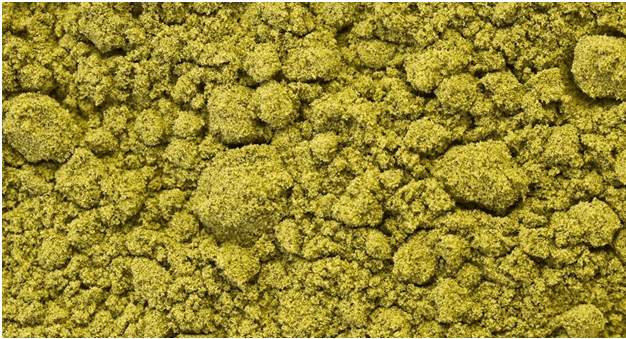 If you’re not familiar with the term, kief is a powerfully concentrated form of cannabis that appears on a cannabis plant at maturity. Simply put, it is an accumulation of trichomes that hold most of the cannabinoids. These trichomes are formed on the leaves and buds of cannabis and they create a powdery substance.

If I were to define its powers, I should say that it’s less potent than most extracted concentrates. But it’s more powerful than traditional flowers.

How to Tell the Quality of Your Kief

As with other cannabis concentrates, kief may come in a high or low-quality form. Yet there are some methods that help you check whether your kief is worth collecting. When dealing with the low-quality version, you will notice that it has a saturated green color. Given this, there’s a lot of plant matter incorporated into it.

On the other hand, when it has a very light tan – almost blonde – and pleases your nostrils with a tempting aroma, you may consider yourself lucky. That is the sign of high-quality kief. Now, what to do with it? Before I answer this question, I’d like to take my time to enlighten you on how to collect and store it. 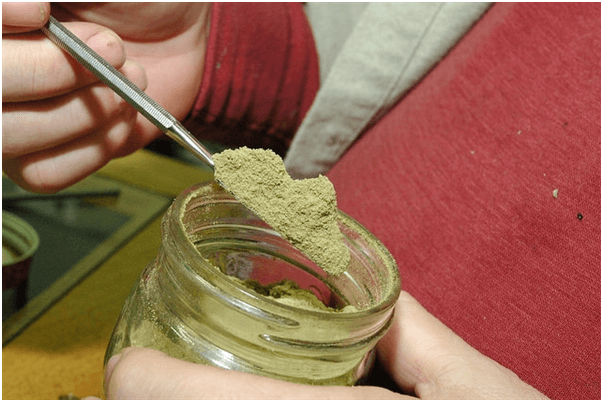 You can collect kief in many ways, some simple and others more sophisticated. The easiest method that comes to my mind is to use a 3-piece weed grinder. The grinder is built in a way that allows the ground cannabis to be caught in the mid-section while the trichomes eventually fall into the bottom of the device.

That first way of collecting is relevant to smaller amounts. For those who like to think big, there’s another ingenious method of keeping their kief safe. All you need to do is use a sifter box and a coin. The point is to disturb the trichomes to make them fall off the bud.

Bear in mind that you should keep your hands and coins clean. Otherwise, there’s a risk that debris and oil will get into the final product. This is most unwelcome when collecting the material. Shake the box intensely for up to a minute and then open the box to see how much kief you’ve managed to collect. The process can be repeated until you’re happy with your amount.

Don’t keep it in a warm or moist place because it will lose its quality. In addition to that, you should remember to stir and mix it up, say, every week to make sure it doesn’t stick together. In this case, a dedicated comb will come in handy.

What Can You do With Kief?

Now that you know how to extract, collect and store your kief, it’s time to learn how to use this magical ingredient.

Add it to a Joint

What lots of stoners have in common is that they smoke their kief in a nicely rolled joint. Although the process may turn to a mess because of the powdery consistency of kief, it will add more power to your joint. The best way to master this method is to make a joint-sandwich. This basically involves sprinkling the kief between the buds and wrapping it up in a rolling paper – piece of cake!

Put Kief in Your Pipe

Another common way of smoking kief is putting it in a pipe; however, it may be a bit tricky for an inexperienced smoker. Keep in mind that it’s more potent than your usual buds, so you should be careful with the amount used in a pipe. Also, it’s important to pay attention when smoking kief in a pipe. It keeps burning so you must keep toking away if you don’t want to lose it.

Press it Into Hash

Let’s face it, you won’t achieve the top-notch quality hash by using kief, although it’s totally possible. Provided that you’re the king of kief and you store it in large treasure chests, feel free to conduct such an experiment.

Grab a piece of parchment paper and an iron. Once you have your equipment assembled, simply fold the parchment paper, load it with the kief and put the iron over the top. Beware holding the iron for too long, as the paper will burn. Pressing kief into hash already includes decarboxylation, so you can enjoy a potent yet mediocre quality brick. See this post on “How to Smoke Hash” to learn more. 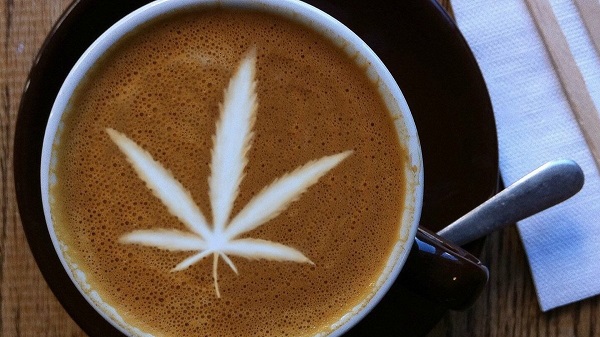 If you’re still hesitating on how to use kief, here’s a brilliant idea! You can either put it in your morning cup of coffee or brew a kief-tea. In the first case, you’ll heat the coffee in order to make the cannabinoids active. Not only will your coffee make a decent kick-start for the day, but it will also produce an effect similar to what happens after consuming weed edibles. You can expect the kief to kick in after up to 30 minutes.

Brewing your kief tea is similar to putting the concentrate into your coffee. You’ll need about one gram of kief to create a potent drink. So it basically boils down to whether you prefer coffee or tea as your go-to edible beverage.

If you’re more into weed edibles, you can easily whip up some butter using your kief. The procedure is similar to making cannabis-infused butter with hash oil or weed buds. Using kief will allow you to make a stronger end-product.

Start by melting the butter in a crockpot over medium heat before you add kief. Once you have it in your melted butter, it’s time to stir the mix every 10 minutes for the next 5 hours. Then, place your butter in a heatproof container until it cools completely before putting the butter in the refrigerator.

For those of you who don’t like to wait for hours until the kief butter is ready, here is the quick option for making edibles. Simply throw a gram or two of kief into your next brownies or cookies. But keep in mind that it may change the aroma and taste of your edibles. It’s best to mix it with other ingredients first when making cookies, brownies or cakes, as it will allow you to mix the whole thing evenly.

Use Kief to Make Moonrocks

It’s a shame that many people are still unaware of the power of moonrocks. Let’s have a class on making one of the most potent marijuana concentrates. If you want to create your DIY moonrocks, you’re going to look for regular buds, a modest amount of hash oil and some freshly harvested kief.

First of all, you must drop your bud into the hash oil. Once it’s there, carefully coat it with a thin layer of oil, turning the weed over several times. The next step will involve picking up the oil-coated bud and covering it in the kief. Contrary to dipping your stuff in oil, the nug has to be fully and thickly coated. Once the moonrock is dried, you can drop it into a bowl and prepare for the best high ever.

Finally, you can also skip the process and buy moonrocks online from Cannabismo.

There you go! A compact yet comprehensive guide on how to use kief. If you feel confident enough about your marijuana skills, you may very well start experimenting now. I hope you will soon become the commander in kief!