Why Do People Smoke Pot? 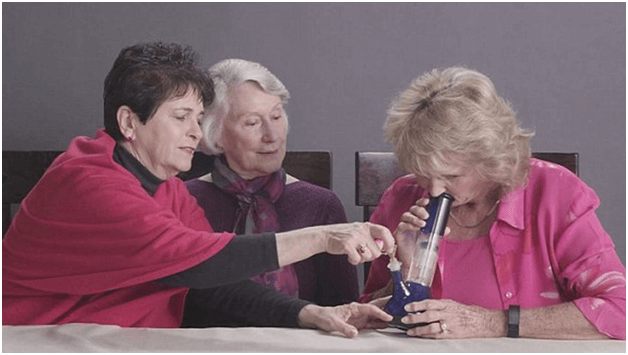 Marijuana has set many tongues wagging over the last couple of years. With the seemingly federal decriminalization of cannabis, people may finally stop being afraid to smoke pot and instead start saying, “We love pot!”

However, there are still those people outside of this phenomenon. And by those people, I mean folks who don’t puff the stuff and wonder why on earth people smoke weed. Some may just be curious about the side effects of smoking Mary Jane. Others ask, “What if marijuana leads you to use hard drugs?”

Well, as an experienced smoker, I can tell you that the only side effect of enjoying MJ is you not giving a single damn about things that shouldn’t even be of your concern. And yes, marijuana often leads me to one very vicious place – the refrigerator. I open it in search of yummy food to conquer my cravings.

Now for the serious part, let’s answer this existential question: WHY DO PEOPLE SMOKE POT?

Medical marijuana is one of the major reasons why people light up. Some patients have given up their pills and substituted them with medical MJ. No wonder they did! Cannabis was proved to be a pain reliever (CBD) and a cancer killer (THC), and if I were to list each condition that can be possibly improved with marijuana, you would have a long and educational night to spend in front of your computer screen.

A document about medical cannabis by The United Patients Group speaks for itself. Now you know why at least some people smoke pot. And what about other reasons?

It Brings Creativity To a Whole New Level

Bob Marley said that when you smoke pot, it reveals you to yourself. Well, I couldn’t agree more. Not only does marijuana stir your creativity and helps you think outside the box, but it also improves your cognitive skills. Just think about all these beautiful and spirit-arousing songs that were created under the influence of herb. Then again, do you know how many successful people are cannabis supporters? Bill Gates, Arnold Schwarzenegger, Steve Jobs, Morgan Freeman, Robert Downey Jr. – it’s only a drop in the ocean of geniuses who have strong feelings for the herb.

Smoke pot and turn good food into a delicious feast.

Speaking of the side effects, smoking pot makes your taste buds so responsive to flavors that each foodie experience – whether it’s eating a juicy chocolate brownie or indulging yourself in local cuisines from all four corners of the world – evolves into a culinary celebration. In case you were worried about gaining some extra pounds because of munchies, there is this study about the weight-loss potential of using cannabis.

Nevertheless, keep in mind that all things should be kept in moderation, so you’d better take care to include some outdoor activity, too.

Smoking Pot is Fun… Simple as That

If you’re one of those people who are vulnerable to stressful situations, marijuana is here to help you. Some people just need to relax and approach their issues with a fresh attitude. Weed is also a fun way to spend time with your friends. If you savor a fun social experience watching movies while high, having a philosophical conversation with one another, or you simply want to admire ambient sounds in the good company, you’ll be the first person to light a joint and pass it to your buddies.

To cut the long story short, this list of reasons why people smoke pot is only the tip of the iceberg even if they can’t differentiate between bad weed and good weed. Regardless of your motivation, it’s best to stop asking and start smoking.

One thought on “Why Do People Smoke Pot?”