Can Marijuana Treat Anxiety? How Does it Work? 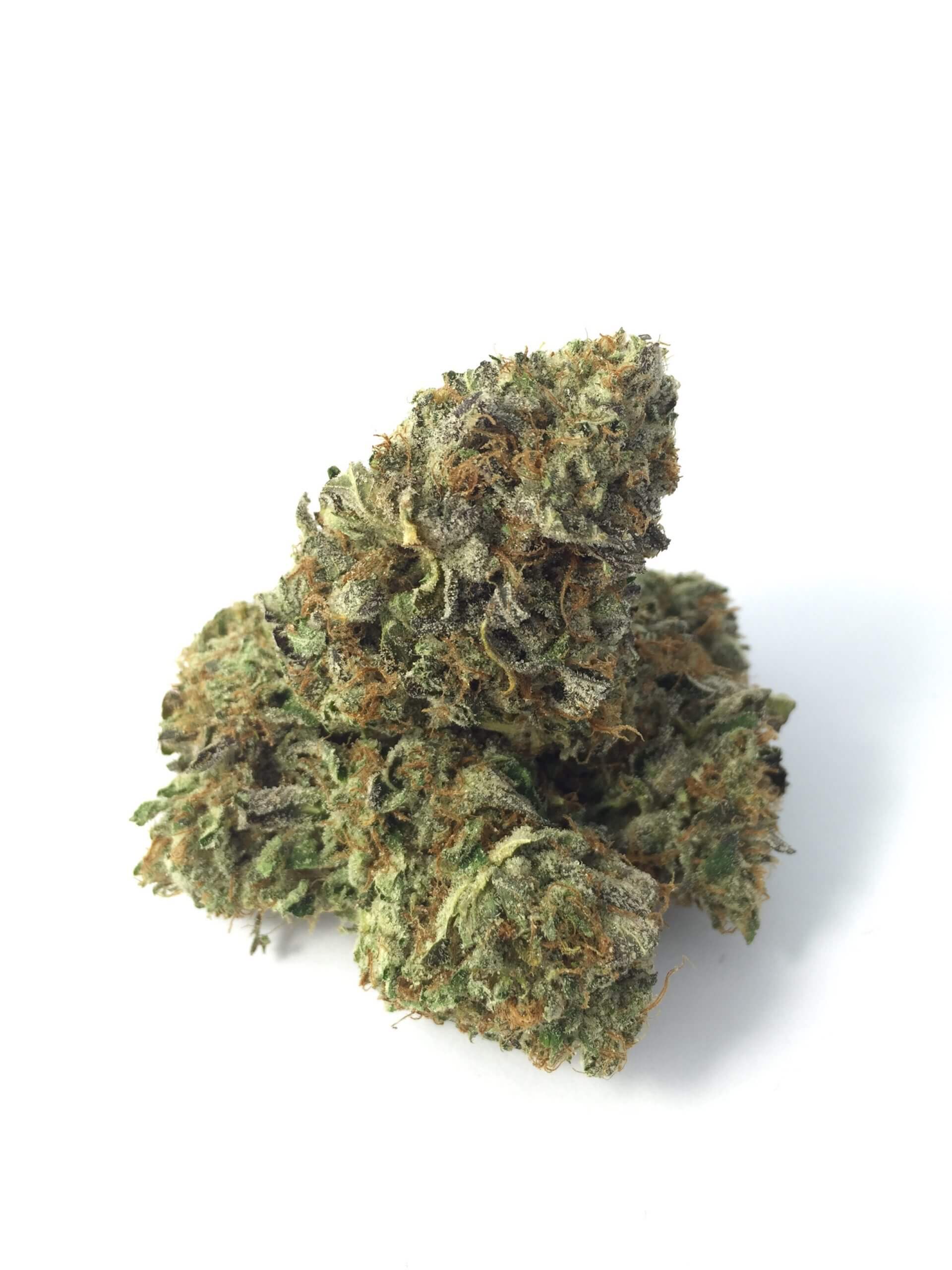 The attention that medical cannabis has received in mainstream press outlets of late points to a growing trend. As such, many people are looking at their various illnesses in a different light. Could marijuana help them? One debilitating mental challenge that a staggering number of Canadians face is anxiety. Naturally, medical providers and sufferers alike want to know one thing: Can marijuana treat anxiety?

The medical community has shown a growing interest in the range of illnesses that cannabis may help, including Cancer, nausea, epileptic seizures, Alzheimer’s Disease, Crohn’s Disease, HIV/AIDS, and PTSD.

These illnesses are in the spotlight right now as more research is underway. Nonetheless, there is a socially impairing condition for which marijuana provides an effective and, above all, natural medicine: Anxiety.

How does the chemical structure of the cannabis plant influence anxiety disorders? There is a good amount of research available from marijuana advocates in the medical community that explains the relationship between marijuana and anxiety. Let’s delve in and find out what these studies say.

Anxiety And Other Social Disorders 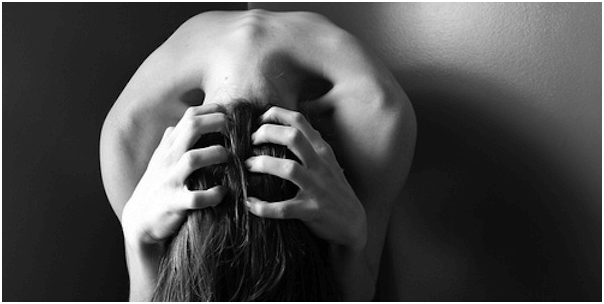 There is more to anxiety than just temporary worries or fear. A person suffering from an anxiety disorder may experience constant fear. These feelings don’t go away and often deteriorate over time. This affects the daily activities of such a person, including their job performance, relationships, and public interactions.

Anxiety can be linked with different conditions, such as depression, alcoholism, or a dire experience in the past. Still, it’s worth it to get a physical evaluation in order to rule out physical ailments. Additionally, this gives your provider a way to check if the anxiety is paired with a physical illness.

Pharmaceutical drugs only mask the symptoms of anxiety and after trying many variations and doses of pills, a patient may enter a vicious circle of being unable to function without the medicine that isn’t really making them better. Hopefully, many people suffering from anxiety disorders can find relief in using medical marijuana. Despite a lack of extensive research in using marijuana to treat anxiety, there is a huge promise for further confirmation of cannabis as a treatment method.

The Chemical Structure of Cannabis 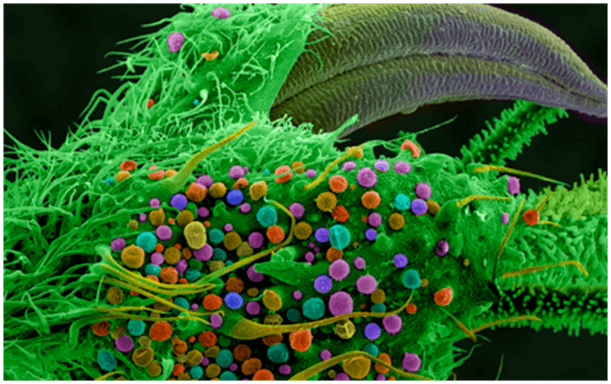 The cannabis plant has been a popular herb worldwide throughout history. Just 400 years ago, people in India used it to treat depression and other health conditions, such as nausea. Although information about the plant was common knowledge for centuries, prohibit in the US dating back before WWII successfully masked this from the public.

There are 85 natural constituents in the cannabis plant. Many of these compounds are cannabinoids, which relieve symptoms of many illnesses by attaching to certain receptors in the brain. In particular, these receptors look for familiar compounds that the human body produces. By breeding medical marijuana strains in specific ways, growers can balance the levels of each constituent depending on a condition.

Among these 85 compounds, there is one that has been recently found to bear strong benefits for people who suffer from anxiety – cannabidiol. Strains rich in CBD can be prescribed to patients struggling with inflammation, insomnia, spasms, and social disorders. Moreover, you won’t get high from consuming cannabidiol. On the contrary, this compound can mitigate the anxiety-driven tendencies of THC. Furthermore, this provides a user with a feeling of relaxation and a clear mind.

On the other hand, tetrahydrocannabinol (THC), has become a significant substance in treating muscle pains, inflammation, epileptic seizures, and cancer. It also stimulates appetite and lowers blood pressure. But in most cases, growers of medical marijuana breed for a high concentration of THC in relation to CBD.

How Does Marijuana Treat Anxiety?

After letting all the sink in, the question remains. Can marijuana treat anxiety? Most patients using medical marijuana claim it helps them relieve anxiety, but there are also many voices from the opposite side of the fence. Some people say they feel even more anxious after using cannabis. As we mentioned above, growers breed most medical marijuana strains high THC content. So the key is to mitigate the effects of tetrahydrocannabinol with cannabidiol.

Most people associate THC with feelings of paranoia and anxiety. This is because it triggers the amygdala sector of the brain, which is responsible for feeling fear. Fortunately, taking CBD with THC (or on its own) can lower – or even eliminate – anxiety. Additional research is forthcoming. Which is good because THC sells better by providing the euphoric and soothing high commonly experienced when smoking marijuana. Therefore, it’s more popular among people. Not surprisingly, it may take some time for CBD enjoy full recognition like its counterpart, THC.

THC may trigger anxiety and raise its levels after a certain threshold is breached. If you find an informed medical professional, he or she will tell you about the appropriate cannabis strain for anxiety – one that is rich in CBD.

Animal studies have shown that subjects consuming CBD had lesser levels of anxiety. Additionally, they experienced reduced severity and frequency of seizures. This is serious groundwork supporting a claim that CBD-rich marijuana strains can treat anxiety in human cases.

Another study, published by the Institute of Psychiatry, indicated that CBD comes with great psychiatric potential. Thus, CBD acts as an antidepressant or anxiolytic during a treatment. Again, the study involved animals who were subject to a series of tests. In these tests, the animals completed tasks such as swimming and solving puzzle mazes. In conclusion, the study found that animals with administered CBD had lower levels of anxiety and depression.

On top of that, there was an experiment conducted in 2011. This one aimed at determining CBD’s impact on social anxiety disorders during public speeches. The two groups in the study were: the placebo group, and the group of patients who used CBD. The first group experienced increased cognitive impairment, discomfort during the speech, and general anxiety symptoms. Interestingly, the latter reported the opposite – they experienced less stress during their speeches, felt more relaxed, and noticed lesser discomfort.

More recent studies found that medical marijuana can help people who have PTSD deal with their illness. Essentially, marijuana proved to create a soothing effect on the brain. So it’s highly probable that CBD will soon be used in treating PTSD on a larger scale. Especially now that cannabis has become federally legalized.

5 thoughts on “Can Marijuana Treat Anxiety? How Does it Work?”