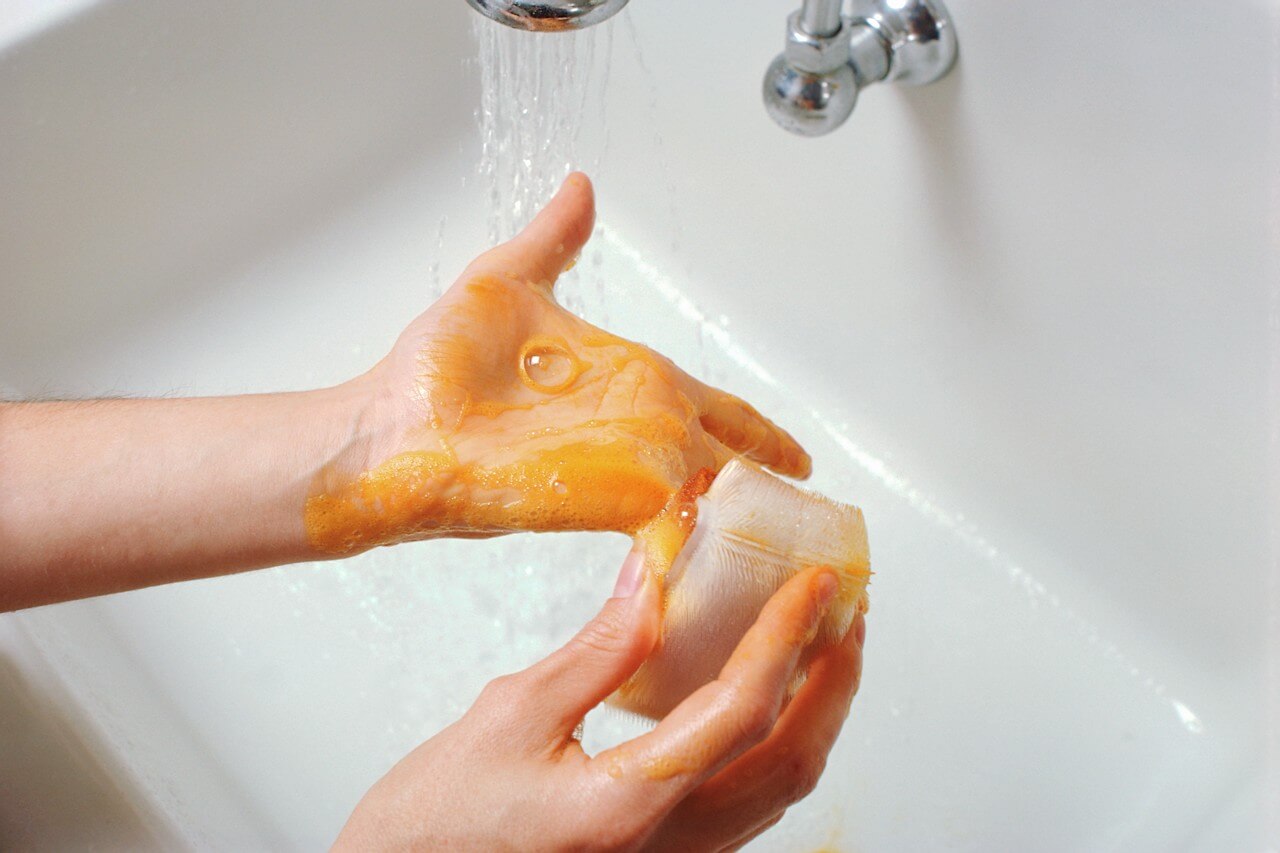 Medical marijuana is used by a wide variety of patients for a host of ailments around the world. This includes both the physical and mental diseases. When most people of think of Cannabis as a medicine, it is not atypical for them to quickly jump to some terminal disease; such as cancer. Or to help ease the suffering of chronic pain patients. Many are even familiar with medical marijuana being used to help patients sleep or to ease symptoms of depression. But what about marijuana and OCD?

The answer may in fact surprise you. As more and more research is conducted into marijuana and the various compounds that it’s made up of, the more it becomes clear that many conditions can be treated.

Among these are various mental conditions such as OCD, PTSD, Anxiety, Schizophrenia, and others. While much more cannabis research needs to be done, it is not out of bounds for these conditions to soon find viable treatments in medical marijuana. More than one might expect, OCD sufferers are turning to the possible benefits of cannabis to treat their conditions. But how effective is it?

OCD sufferers are turning to the possible benefits of Cannabis to treat their conditions. But how effective is it?

OCD, which stands for Obsessive Compulsive Disorder, is an anxiety disorder that affects many people around the world. The disorder causes:

“…people [to] have recurring, unwanted thoughts, ideas or sensations (obsessions) that make them feel driven to do something repetitively (compulsions). The repetitive behaviors, such as hand washing, checking on things or cleaning, can significantly interfere with a person’s daily activities and social interactions.” According to the American Psychiatric Association.

While many people feel that they may suffer from OCD simply because they have obsessions from time to time, full-blown OCD only affects a small population around the globe.

“A diagnosis of OCD requires the presence of obsession and/or compulsions that are time-consuming (more than one hour a day), cause major distress, and impair work, social or other important function.”  – Psychiatry.org

The APA also says that people who suffer from OCD have a variety of treatments available to them. However, they are typically only so effective and can carry very negative side effects.

Some studies and research shows that OCD is physically observable in the brain. In some cases, it can be more than an imbalance of chemicals in the brain. Thus, many sufferers are constantly searching for methods to cope and to ease the anxiety caused by the condition.

In the modern day, many people with OCD are turning to the ever-expanding field of medical cannabis. But how effective is it for those with OCD? Is there any scientific research to back up the opinions of users? In fact, yes. Quite a bit.

Thus, many sufferers are constantly searching for methods to cope, and to ease the anxiety caused by the condition. In the modern day, many people with OCD are turning to the ever expanding field of  Medical Cannabis.

There are not many clinical trials done involving the effects of cannabinoids on OCD. But so far studies have very positive results. One of the most promising and recent studies was published in the Journal of Fundamental and Clinical Pharmacology in 2013. The Brazilian scientists were testing the effect of cannabis on rats that were known to have OCD.

Over time, it seemed that their rituals and odd behavior seemed to slightly normalize. It is believed that the same results would be seen in humans if they were observed in the same way. Unfortunately, due to the legal status of marijuana in many countries, clinical testing is not yet on the frontline of research for medicine. But this has been changing due to Canada’s legalization and more relaxed laws in the US.

Of course, as with many things life, the best way to judge the effectiveness of something is to actually talk to those who are going through such experiences and using cannabis to try and cope.

Are all OCD patients alike?

It is of paramount importance to understand that not any two people with OCD will be the same, just as it is with any other mental disorder. The way in which the obsessions and or compulsions manifest themselves may not be the same between two people. It could even differ in the same person over time.

The way in which cannabis can and will affect how an individual experiences their OCD, depends on how the OCD manifests itself. According to those within the OCD community who have tried alleviating their symptoms with cannabis, it can all vary on how effective the marijuana is. However, it’s important to remember that cannabis will never get rid of the OCD. In fact, nothing that we know of will. But it can help alleviate some of the more severe symptoms.

Who Can Use Medical Marijuana for OCD?

Many people, from young children to the elderly, have gone to medical marijuana as their last resort despite many of their preconceptions, and the preconceptions of those around them. Take the story of Ryan Mendoza, the 12-year-old whose family believes his life was saved by medical marijuana. His OCD was so unbearable that on one occasion, his mother recalls pulling into her driveway while, “Ryan ran out of the house, threw himself on the hood of her car and begged her to kill him, she recalled.”

It had gotten to the point where even the wind or the number six would cause him to go into violent, crippling meltdowns where his life would waste away. And then this would just repeat, the same fears over and over, like a broken record.

But then his mother turned to medical cannabis in the form of tinctures and capsules. It is now legal for children in the state of California. His symptoms improved literally overnight. ABC News reported that “He had been refusing to go to the beach for more than a year, terrified a tsunami would hit,” Mendoza had told them.

But the day after he took the medicinal marijuana for the first time, the family went to the beach and, like any ordinary 12-year-old, Ryan allowed his family to bury him up to his face in sand. It seems that medical marijuana not only changed but also saved Ryan.

He is not the only one with a similar story. Cannabis does not get rid of the OCD, but rather allows the individual to better cope with the tools already at their disposal.

“He had been refusing to go to the beach for more than a year, terrified a tsunami would hit,” Mendoza wrote. “But the day after he took the medicinal marijuana for the first time, the family went to the beach and, like any ordinary 12-year-old”

There are few things in modern medicine more controversial than medical cannabis. This has led to difficulties in finding research, in availability for patients, and even in the simple usage of the plant.

It is difficult to dispute and disprove the allegations of the negative effects of marijuana when those purported effects cause the difficulties in research to begin with. “I can’t guarantee it’s going to do anything,” said Dr. Lester Grinspoon, a retired physician and professor at Harvard Medical School. “But I can tell you it isn’t going to [do] harm. [Marijuana] is remarkably non-toxic.”

According to doctors like Dr. Grinspoon, the lack of tests is irrelevant as the benefits of cannabis use for patients provide their own evidence. He goes on to say, “We have been brainwashed about this substance,” he said. “There will come a time when people will recognize this as the wonder drug of our times.”

Does Marijuana for OCD Always Work?

But is it all good? Not according to Dr. Steven Sager, the director at Echo, which is a rehab enter in Malibu California for teens addicted to alcohol and or drugs. He has been recorded saying, “I think the medical marijuana might actually be making their symptoms worse. [It] might just be kind of sedating them and not really addressing the underlying issues.”

However, to those who suffer from OCD, and uncontrollable rituals and thoughts, a few moments of quiet sedation of the overactive mind might not be such a bad thing. Aside from this, there is no other medication that has so few negative side effects. So it is the belief of many doctors and patients that the benefits provided by cannabis far, far outweigh the risks.

“I can’t guarantee it’s going to do anything,” said Dr. Lester Grinspoon, a retired physician and professor at Harvard Medical School. “But I can tell you it isn’t going to [do] harm. [Marijuana] is remarkably non-toxic.”

Now, before you go running off thinking you have found the miracle cure to alleviate your OCD, or that of someone you know, it is imperative to remember to consult with your preferred medical professional before changing anything involving your health!

That being said, it is quite possible that medical marijuana could be an added tool to help those with OCD cope. Cannabis does not make the OCD go away. In many cases, it may not even make it better. However time and time again those who try it say that it helps them cope, to calm down, and to breathe.

Many people with OCD that have tried cannabis can attest to its effectiveness. They also often note how it has changed their lives for the better. Medical marijuana can be a very powerful tool in the arsenal of fighting Obsessive Compulsive Disorder.