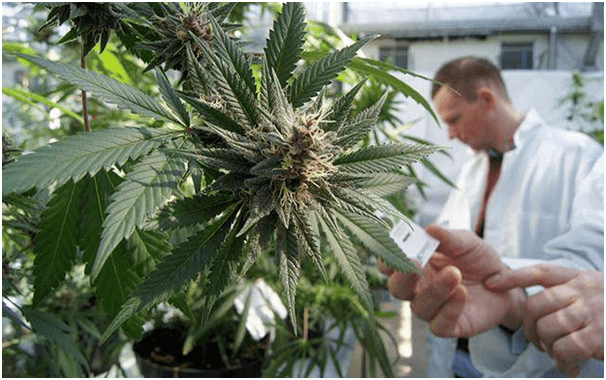 With progressive legalization of cannabis in Canada and other parts of the world, more and more revered doctors are encouraging patients to use it. CBD and THC, the most popular compounds of the cannabis plant, appear to have succeeded where technology failed. Meanwhile, knowledge about the medical uses cannabis has proven continues to spread.

Many researchers continue to unveil the therapeutic properties of marijuana. Meanwhile, we are witnesses to a myriad of benefits from which medical cannabis patients may draw.

Marijuana proves invaluable in the treatment of many diseases and disorders. The list includes cancer, HIV, and epilepsy, there are also some instances where you wouldn’t even think of considering the herb a potential cure. Today, I’m going to introduce you to 4 medical uses of cannabis that we know about and have research to back it up.

This is why medical cannabis products are so popular with patients. It’s because many have been failed by traditional treatment methods. According to the National Cancer Institute (NCI), there are recent studies on cannabis indicating that it can and has destroyed cancer cells.

Cannabinoids are capable of inhibiting tumor growth by blocking the growth of cancer cells. They also block the development of blood vessels necessary for the tumor to grow. One of the experimental studies on animals showed that while cannabinoids kill cancer cells, they may protect normal cells. So marijuana treatments have a chance to become a natural alternative to chemotherapy, which is partially a remnant of nuclear experiments.

Because cannabis is a potent anti-inflammatory, it can protect your body against inflammation of the colon. Thanks to this, the risk of colon cancer decreases significantly.

While THC destroys and inhibits the growth of cancer cells, a laboratory study of cannabidiol showed that CBD may also help patients deal with the side effects of chemotherapy. It reduces nausea and works as a natural painkiller. Most importantly, it takes part in the neurogenesis process, supporting the growth of normal cells.

Although the study was preclinical, researchers found that very small amounts of THC can inhibit the production of beta-amyloid proteins. These are the most important contributors to the progression of Alzheimer’s Disease. If that wasn’t enough, the study was only one of many other studies that found THC to be effective in treating the condition.

Another study conducted by the Salk Institute in La Jolla, CA, showed that THC and other constituents of cannabis are responsible for reducing the amount of beta-amyloid created in the brain.

This neurodegenerative disease results from inflammation within the brain. This is the major cause of the damage with Alzheimer’s disease. Scientists assumed that such inflammatory response is coming from cells in the immune systems. To their surprise, it appeared that the inflammatory response comes from the nerve cells themselves. Because the human endocannabinoid system produces substances similar to THC, these compounds may protect the cells from dying.

The above findings part of a laboratory experiment. So the medical community will have to do further research on the relationship between cannabis and Alzheimer’s disease. But the preliminary results are, least to say, very promising.

Often misdiagnosed as a chronic pain condition, fibromyalgia is a serious and complex neurological disorder. Muscle pains are only the tip of the iceberg, as anyone suffering from fibromyalgia can tell you. The joint stiffness, insomnia, digestive issues, and chronic fatigue can make you feel devastated.

The cause of fibromyalgia is a hot topic in the medical community. Yet, Dr. Ethan Russo, a neurologist and pharmacologist who spent his entire career on studying cannabis and the human endocannabinoid system, raised a statement that fibromyalgia can be the result of Clinical Endocannabinoid Deficiency.

If the endocannabinoid system is still confusing, let me put it in another way. It’s like the Internet of your body. Namely, it’s a central device that facilitates the communication between your brain, immune cells, organs, nerves, and connective tissues. The Endocannabinoid System bolsters homeostasis by helping your body maintain a harmonious internal environment.

According to some types of research, the use of cannabis has beneficial effects on fibromyalgia symptoms. Despite 90% of patients being women, men reported greater pain relief. Unfortunately, there is still not enough evidence to openly recommend any cannabis-based treatments for rheumatic diseases.

On the other hand, cannabis has been used throughout millennia as an inflammatory and a pain killer. So common sense suggests that there is still hope for marijuana to officially become a cure for another complex disease, beyond the other established medical uses of cannabis.

Speaking of fibromyalgia actually shares common symptoms with diabetic neuropathy. Both conditions include unexpected and unexplainable pain, general fatigue, and the reduction of quality of life.

In 2015, the University of California conducted a study on 16 patients who suffered from diabetic neuropathy. The result found that cannabis successfully reduces pain symptoms, as well as inflammatory reactions of the body.

Contrary to what some people believe, cannabis is incomparably less dangerous than popular pharmaceutical prescription drugs. Not only do they not damage the liver, but they also protect healthy cells against disease. However, modern cannabis-based pharmaceuticals may be challenging for your budget.

Fear not, as there’s also good news on the other side of the river. Cannabis Science, Inc., a pharmaceutical research company whose aim is to create and manufacture inventive cannabis medicine, announced that their brand new transdermal patch is going to be a game changer in the fight with diabetic nerve pain.

This new patch comes with an extraordinary approach for the particularly irritating and difficult condition. When you apply the product to your body, it will deliver a strong medicine through the skin and right into the bloodstream. Indeed, the necessity is the mother of all great inventions.

The world of contemporary medicine is yet to be amazed by the plethora of medical uses of cannabis. Cancer, Alzheimer’s Disease, fibromyalgia, and diabetic nerve pain are without a doubt among most serious diseases. So more research must be conducted to fully embrace the healing potential of the marijuana plant.

Patience, my friends, only patience and consistency will save us! In the meantime, if you are using marijuana for a medical reason, head on over to the Cannabismo shop to get the best deals on your favorite strains and concentrates.