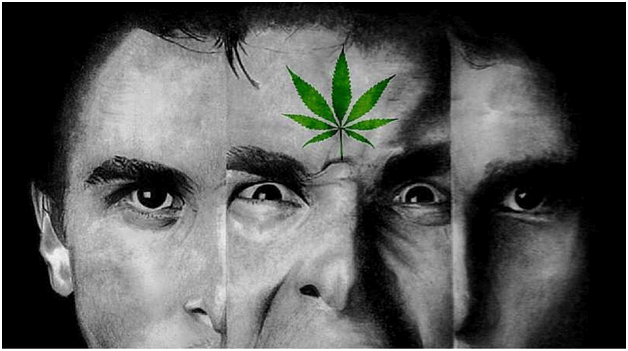 The relation between marijuana and schizophrenia has fallen under wide discussion and debate over the last century. Between the 1960s and 1970s, researchers believed that smoking cannabis could trigger psychosis in just about any person.

Although the results between different studies vary today, some scientists still share the opinion that you can get schizophrenia from using weed if you are predisposed to this mental illness. In particular, those with family histories of the condition.

On the other hand, there are studies that suggest that people who suffer from schizophrenia are more prone to smoke pot. As a new study in Molecular Psychiatry has found that genetic factors determining schizophrenia can be used to predict if a person will be more likely to smoke marijuana. This is regardless of their mental health record.

That being said, we can clearly see the causal relationship between cannabis use and schizophrenia. Mainly, the phenomenon still remains unclear to the medical community. But some believe that there is at least a small link between the genes predisposing some people to enjoying weed and those that are responsible for developing schizophrenia.

The Reason Behind The Possible Link

A study was conducted by Dr. Suzi Gage at the School of Experimental Psychology at Bristol University. The research conducted in the UK found more evidence that marijuana may be particularly risky for people who suffer from schizophrenia. Nevertheless, the group of researchers has indicated that it’s also important to highlight other factors that impact mental health.

Dr. Gage examined genetic factors that may determine whether a subject is likely to use marijuana and whether they are likely to develop schizophrenia. Using the Mendelian Randomization technique to analyze the data, the authors of the study were able to investigate other factors impacting our mental condition.

How does this link between marijuana and schizophrenia work? Prof. Marcus Munafo, a member of the team responsible for running this study, explained that some behaviors or symptoms linked to schizophrenia risk see a mitigating of effects from the use of cannabis. In short, many consider cannabis to be a kind of self-medication in schizophrenia patients. Alternatively, some people who are at risk of developing schizophrenia may particularly enjoy the psychoactive properties of cannabis.

How do CBD and THC Affect Schizophrenia?

THC is believed to cause transient psychotic experiences. Unlike Tetrahydrocannabinol, CBD has no mind-altering properties while being a potent medication. That’s what the National Institute on Drug Abuse (NIDA) said about the issue.

The majority of marijuana strains available on the market are THC-rich and low in CBD. It’s more likely that people who share direct contact with these substances are more likely to have small psychotic experiences. According to researchers, the proportion of THC to CBD plays a significant role in psychotic symptoms.

The main limitation to this research is this: There is a relatively small population of people with a high risk for developing schizophrenia overlapping with those who regularly enjoy cannabis. The number of such a group is about 1,500 people.

There is still not enough evidence that cannabis use throughout adolescence is a ruling factor in the development of schizophrenia. Without such evidence, we still have to face certain facts. People with schizophrenia who consume marijuana are more likely to endure a hospitalization than those who don’t use the herb.

We want to gain a better understanding of how regular usage may impact the wellbeing of vulnerable cannabis users. So we have to dig deeper into the subgroups of such individuals.

There are plenty of detailed studies proving cannabis can have very different brain effects in those at risk for schizophrenia. For example, a 2013 study indicated that there is a connection between the increased release of dopamine from using cannabis and the reaction of the brains of people with schizophrenia.

To make a long story short, a chronic elevation of dopamine is capable of increasing one’s likelihood of experiencing mind-altering moments. This makes the disorder more difficult to treat.

Furthermore, according to some studies, people who are in the early stages of schizophrenia experience greater modifications in the brain when using marijuana – these changes take place in their white matter.

The Future Research On the Relationship

Although the evidence isn’t clear-cut, the link between marijuana and schizophrenia may be even more complex and serious than we thought. There is no specific gene that associates with either marijuana use disorder or schizophrenia. So this mental illness has to do with a result of many genes working together. Even if their number is not impressive, each combination makes a small contribution to the general risk of developing schizophrenia.

Still, the concept that marijuana use and schizophrenia share common genes shows great hope for future research on this relationship. Quite possibly, this could confirm this thesis once and for all.

Medical knowledge aside, further research on marijuana and schizophrenia could shed more light on the problem. It’s important those affected, as schizophrenia is present in a small number of people on a global scale.

Do you think that smoking weed may lead to increased anxiety and speed up the development of schizophrenia? Share your thoughts!