A Short History of Cannabis Use 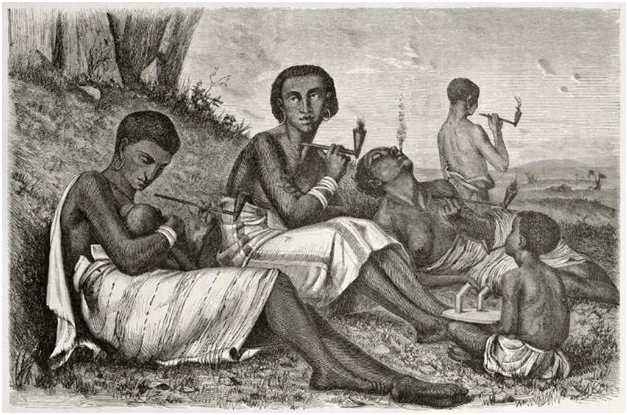 These days it’s a challenging task to find a person who hasn’t heard of or had an experience with cannabis. In fact, throughout the history of cannabis, most especially during the last century, cannabis has been referred to as a drug with a strong potential for abuse. But now we can now observe what I would like to call a “revitalization” of marijuana culture.

Long before the dark propaganda about cannabis started to loom over the world, the herb was popular with some of the greatest civilizations for centuries. They cultivated marijuana because of its therapeutic properties. There are even some instances where ancient cultures used cannabis on a daily basis. As an example, archaeologists found Cannabis pollen on the mummy of Ramzes II. This is a good indicator that what we know about weed today is merely a small part of its rich history as a potent medicinal.

So where did we go wrong? How come did this once praised plant become an object of aggressive activities of authorities all around the world? Are we really starting to rebuild the cannabis culture once and for all? Let me take you on a short journey through the history of cannabis use. Maybe there we will find some answers.

The Origins of Cannabis

Many people believe that Cannabis originated in Central Asia, mainly from the regions of Mongolia and Southern Siberia. However, when we talk about cannabis, we have to distinguish two different subspecies, i.e. Cannabis Sativa L., also known as hemp, and Cannabis Sativa – the one you get your creative high from. In ancient times, people cultivated both subspecies. The earliest traces of cannabis reach as far back as to the period between 8,000 – 7,000 B.C. As the Columbia History of the World (1981) says, that was when we first saw the manufacturing of woven hemp fibers.

The Use of Cannabis Throughout History

You already know that cannabis derives from Asia. But it was in China (5,000 B.C.) where archeologists found historical evidence of the use of hemp for textiles, ropes, paper, and various oils.

Speaking of oil, hemp seeds were used to produce food because of their rich nutritional profile. In 2,700 B.C., Chinese emperor Shen Nung discovered the healing properties of cannabis. He found it to be helpful in relieving chronic pain and treating gout. In 1,500 B.C., Chinese physicians made the earliest written record of the medicinal use of cannabis in the Chinese Pharmacopeia.

The Spread of Cannabis Knowledge

The use of cannabis spread all over Asia and soon found its home in Korea around 2,000 B.C. The next great country to welcome the herb was Egypt, where Egyptian doctors made spectacular discoveries about the medicinal use of weed. People of Egypt treated inflammation and glaucoma with marijuana.

Cannabis reached India in 1,000 B.C., when it was used in a mixture with milk for anti-phlegmatic and anesthetic use. There are written records in a Persian language, where the bhang mixture was mentioned. Actually, cannabis was listed among other herbs as one of the most useful plants.

The spiritual, medicinal, and recreational use of cannabis was rooted in Asian, African, and European countries. Poland was once a country rich in hemp fields. But not after governments rescheduled cannabis as harmful and thus those in possession could face prosecution.

The United States and The War on Cannabis

We saw the first introduction of marijuana law in James Town, Virginia in 1607. Interestingly, this act made it mandatory for farmers to grow hemp. In fact, people could go to jail for refusing to grow the Indian hempseed. Between 1631 and 1800, cannabis was such a valuable commodity in America that some U.S. citizens even paid their taxes with hemp.

Alas, in the rise of the 20th century, U.S. authorities started to link the use of marijuana to violent acts of crime with illegal Hispanic immigrants. As the wave of propaganda managed to crush the image of cannabis, Utah became the first state to officially ban marijuana in 1915. By 1935, weed became banned in 29 states, which was followed by the enforcement of Marijuana Tax Act by Federal Bureau of Narcotics, under the leadership of Harry Aslinger in 1937.

The fact that hemp, unlike marijuana, doesn’t have any psychoactive tendencies, was completely disregarded by authorities. Many see it as a result of lobbying by fossil and paper market industries, to which hemp was a serious competition. The whole situation deteriorated in 1975. That’s when Richard Nixon declared the War on Drugs. Cannabis prohibition resulted in many searches without warrants, unfair convictions, and overcrowded prisons. All of this misery happened in less than a century.

Thanks to the development of social media and independent sources of solid knowledge, the history of cannabis has taken a turn for the better. Weed is now completely legal in 5 states, with others to respect the medical marijuana laws. Canada now has legalized cannabis at the federal level. It seems that we are witnesses to the recuperation of cannabis culture in times that allow us to fully explore and use the potential therapeutic properties of weed.

Are you curious about the history of cannabis? What books or articles about pot do you recommend? Let’s share some knowledge, folks!