Any stoner who has ever experienced the beauty of smoking weed must have wondered what it would be like to eat weed instead of inhaling it.

Would it get me high? If yes, how long would I have to wait for its magical power to kick in? How would I feel after ingesting cannabis? If at least one of these questions has ever crossed your mind, it’s high time you got your answers to what exactly happens when you eat weed.

Edibles WILL Get You High 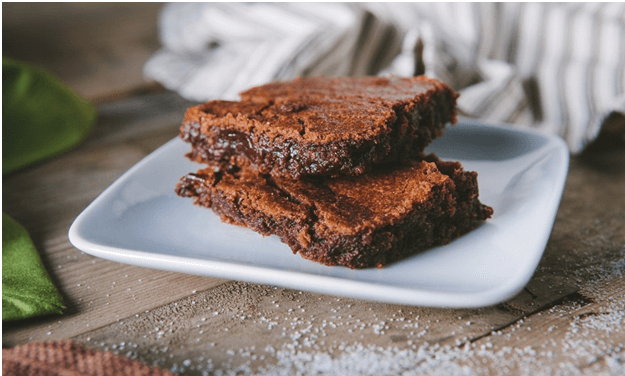 Oh boy, the high given by the edibles is one of the most badass things a stoner can ever experience. Nonetheless, you might want to take a peek at how edibles work.

First and foremost, let’s shed light on how quickly you begin to feel high after eating, say, a pot brownie. When you ingest marijuana, it can take from 30 minutes to even three hours to start doing its work. When compared to smoking weed, which gives you an almost instantaneous high, the waiting time may seem almost unbearable. Fortunately, the effects can linger up to 10 hours, which is incomparably longer when we juxtapose it with inhaling the herb – in this case, the high disappears within 3 hours.

Furthermore, digestion makes your body react to weed in a different way. Your liver metabolizes delta-9-tetrahydrocannabinol into 11-hydroxytetrahydrocannabinol. Wow, that sounds like a big science, doesn’t it? Simply put, the metabolized variant of THC has a greater psychedelic potential. Given this, getting high on edibles is more powerful than puffing a joint.

This, my friends, is where your tolerance comes into play. If your buddies got a little overexcited with their passion for baking with cannabis, you should start with eating small portions – you know, baby steps. Although you won’t die from the over-consumption of weed, your trip will be anything but pleasant, and you may end up with a paranoid high, not to mention the risk of hallucinations. The good news is that these negative effects should disappear within two hours.

SEE ALSO: What happen if you smoke too much weed 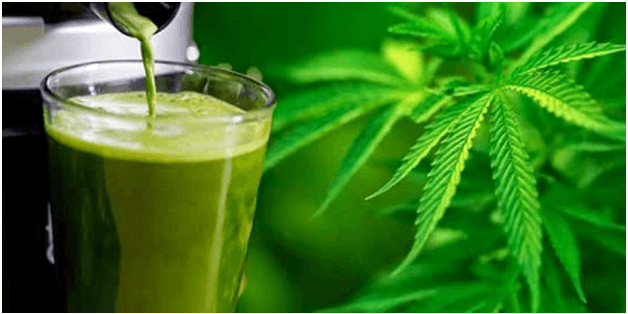 Source: Why Don’t You Try This?

Some health professionals claim that you can benefit from consuming raw cannabis. According to Jessica Aragona, a registered dietician, the cannabis plant, including the seeds, is very likely to be just as nutritious as hemp. It’s a great source of complete protein, rich in Omega-3 and Omega-6 fatty acids and, above all, it’s easy to digest.

With that said, raw cannabis can be used like any other vegetable. Dieticians encourage their patients to put the plant in their smoothies, salads or juices. You may have come across the story of Kristen Peskusky-Courtney, a woman who couldn’t overcome multiple chronic illnesses with any form of pharmaceutical treatments. She eventually ended up debilitated and, in her despair, turned to Dr. William Courtney who told her to use the power of raw cannabis juicing. Guess what? She succeeded in fighting her conditions and continues to live the life of a healthy and joyful woman now.

Nutritional benefits aside, eating raw cannabis won’t get you high at all. In order for its psychedelic potential to be released, marijuana has to go through the decarboxylation process that would turn the non-psychoactive THC-A into its psychoactive counterpart (THC).

As we move closer to finishing our journey through what happens when you eat weed, we have to take a closer look at ingesting dried weed buds. Going this way is comparable to throwing away all the money you’ve spent on your weed dispensary.

Not only do these buds bring few psychoactive rewards, but they are also very difficult for the body to digest. To cut the long story short, when you eat weed, it will pass through your digestive system with unpleasant excretion effects. Moreover, because of the pesticides used by commercial growers to keep bugs away, saying that ingesting buds isn’t a good idea sounds like a dead giveaway.

How about you? Are you one of those curious weed adventurers who tried chewing on their buds with hope to enter the new level of high? Or do you prefer to eat weed in the form of edibles? Have a look at our collection of best marijuana edibles and share your thoughts!