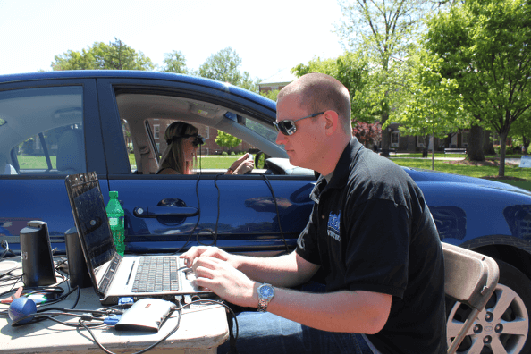 With Cannabis becoming common place in many areas around the world, it is becoming ever more important to ensure the safety of not those who use it. But it’s also important to think about those around them as well. That’s why we are writing about cannabis DUI in Canada today. 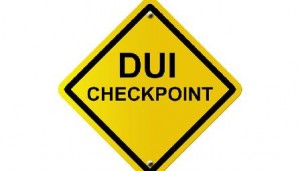 An area where this is especially important, is road safety. As we all know, operating a machine or vehicle while under the influence of any type of mind alerting substance is extremely dangerous. It may even only cost you your life, and of those around you. These are probably the two biggest reasons for cannabis DUI laws.

Driving under the influence is also highly illegal in most places around the world. Typically, such crimes are committed under the influence of alcohol or narcotics. But not all. As cannabis becomes more common, law enforcement agencies are finding that there may be more stoned drivers on the road than ever before.

This has become a major concern in places where cannabis is either legal, working their way towards legalization. Many organizations, individuals, and law makers are very concerned when it comes to the safety of the roads. This because even more of an issue since the legalization of recreational weed in 2018 in Canada.

The development of DUI laws for cannabis

The Federal Government took steps to prepare for legalization. They payed attention to cannabis DUI laws south of the border. But as many people know, cannabis and alcohol, as well as other drugs, all effect the body extremely differently. Ways to determine the intoxication level of an individual may not be as accurate as some would like. So what exactly is changing when it comes to DUI in Canada? And how does cannabis fit into the mix?

What is a Cannabis DUI? 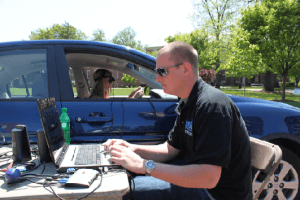 As of April 2017, there has been legislation put forth that would overhaul the entire Transportation Penalty system in Canada. All this is in preparation for the legalization of recreational cannabis.

To prepare, we will be discussing just what these changes are when it comes to cannabis and stoned driving in Canada.

What are the laws in Canada for DUI?

“Canada treats both types of DUI the same. However, they are different in the way police investigate DUIs involving drunk driving. The police can use the breath test to determine the amount of alcohol in a person’s system. However, a breath test cannot determine marijuana consumption.  As such, the police have to conduct a DUI marijuana suspicion differently,”  according to Donna V. Pledge B.A. LL.B.

Considering that the punishments are the same, what are they?

“Both hybrid [alcohol, or other drug] offenses would be punishable by mandatory penalties of $1,000 for a first offense and escalating penalties for repeat offenders (e.g., 30 days imprisonment on a second offense and 120 days on a third or subsequent offense). The maximum penalties would mirror the existing maximum penalties for impaired driving. These would increase in Part 2 to two years less a day on summary conviction (up from 18 months). And to 10 years on indictment (up from 5 years). The latter would make a dangerous offender application possible in appropriate circumstances,” according to cannada.ca.

Of course, if there are injuries, penalties will go up quite quickly. So when it comes down to it, the actual cannabis DUI is the same, as well as the charges that go along with it. But where it differs is how one is found guilty of a DUI. Testing for marijuana in someone’s system is a very different process than for alcohol. So keeping that in mind…

How does Law Enforcement Test for Cannabis Intoxication? 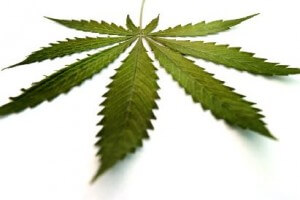 Currently, there are various methods of testing the level of alcohol in someone’s blood. It is this level that determines the legal limit.

The reason for this, is that while it is pretty safe to say that someone who as a blood alcohol level of .08 is intoxicated, the levels of THC in someone’s blood in no way indicates how intoxicated they are. Especially at the time said test could be administered.

So that leaves officers to the following course when it comes to cannabis intoxication. If an officer believes that an individual is too stoned to drive, which would mean they are showing signs of unsafe driving, and pulls them over; the following will happen.

Prior to April 2017, all that would be done is that the officers would administer a field sobriety test, that is uniform, and set by the government. This is the same test that those suspected of alcohol would take. However, while this may still be done, there is a new test that shows whether or not the substance in question was recently used. They do this by using a field oral swab test. Officers can only administer this they when they have due cause.

Officers can have anyone, at any time, perform a breathalyzer. If the swab is positive, and depending on the results of the field sobriety test, you may then be taken in for a blood test that you can refuse for a $2,000 fine instead.

This of course does not get you out of the charge. It only gives the officers that much less empirical evidence to go off of. It is then using these test results, where the level of THC is in the blood is determined to prosecute, and to determine the punishment.

Meaning, if you are not intoxicated, regardless of the levels of THC in your system, you should never get to the blood test step of the process. This is of course to help preserve the innocence of those who may consume cannabis legally, and do not operate a vehicle while they are unable to, but still have THC in their system. However, if you do get to the point where you are receiving a blood test, the following punishments could be levied against you by the Crown.

What Happens After Conviction?

Of course, in a modern day nation such as Canada, punishments tend to fit the crime. So in order for this to apply to such a scenario as a Cannabis DUI, in the eyes of the law the severity of the crime all depends on the level of THC in one’s blood stream. There are three distinct and separate levels of THC intoxication which garner different punishments. The levels are distinguishable by the amount of THC, measured in Nano grams, per ml of blood, within two hours of driving.

As Cannabis becomes more and more common place in our modern world, we have to find ways to assimilate it into our everyday practices. Already in Canada, deaths from DUI is the most common reason for death and injury. So it is a very serious problem before it gets worse.

At the same time, we have an increasing number of people consuming cannabis and while possibly driving. So it is imperative to educate the public to the dangers of intoxicated driving. They should also know the ramifications of having a cannabis DUI on their record. Additionally, while these extra precautions open the door to inaccurate test results and difficulty determining intoxication, it’s always a safe bet to just never drive while under the influence.