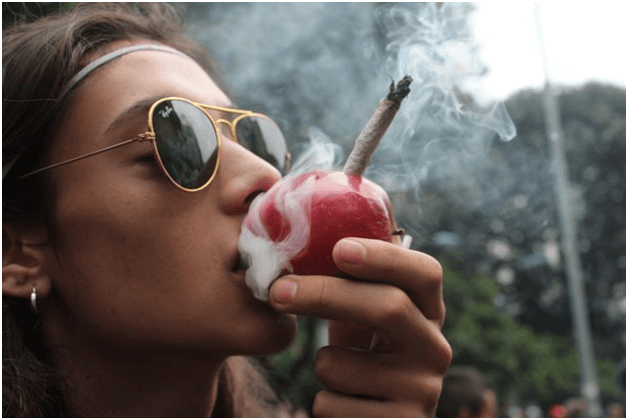 Rolling your weed in papers is probably the most common and appreciated way to smoke marijuana. There’s something particularly magical about passing a joint in your group of friends and enjoying a thick cloud of smoke from a beautifully rolled piece of art. But happens when you need to smoke weed without papers?

Yes sometimes you have a weed emergency, namely when you suddenly run out of papers and all the stores where you could potentially buy your papers are closed. Fortunately, stoners are very creative by nature, which helps us find alternative ways to enjoy the herb.

Read this and never again will you have to worry about a smoking emergency dashing your plans. 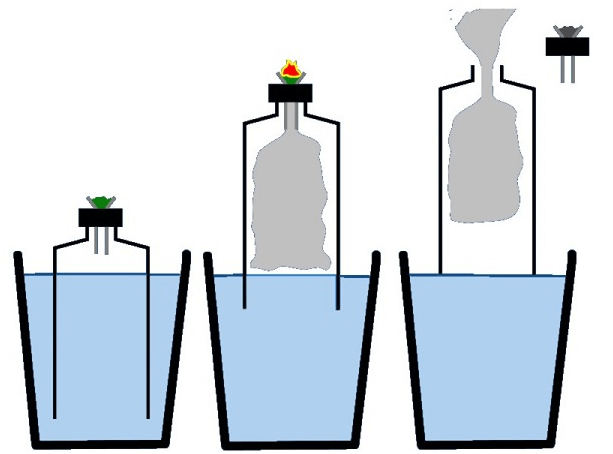 The gravity bong is pure gold for stoners who like to indulge themselves in a big hit. Being one of the most novel ways to smoke weed ever invented, a gravity bong is also known for getting cannabis consumers super high by simply using ordinary household tools and not too much smoking material.

Curious how to make your own gravity bong? Well, you just need a 2-liter bottle and one container of much bigger volume – something like your kitchen sink or a bucket will do. When you have your stuff prepared, cut a little less than a half of the bottle off the bottom and put it in the larger container filled with water. Use your bottle cap inverted as a bowl. Once you’re armed and ready, light the bowl and slowly lift up the bottle so that you inhale all of the trapped smoke.

There you go, a homemade bong!

This is just another brilliant way to smoke weed without papers. It’s when all you have is one beautiful apple, a lighter, and a pen. This time-honored art of creating a homemade bowl from an apple is not only a simple solution, but it’s also a natural alternative to smoking weed without using the dreaded aluminum can or other potentially toxic materials.

But how the heck do I make a pipe from an apple?

To begin with, twist off the stem of the apple – here’s the natural bowl you want to put your weed into. By using a pen or poking utensil, carve out the bowl. Keep in mind not to go more than halfway through the apple; otherwise the chamber won’t be air-tight.

Once you create the bowl, you must make a mouthpiece by poking another hole, this time on the face of the apple. The purpose of having another hole is to connect the chamber of the mouthpiece with the first hole.

Last but not least, create a carb on your apple pipe by pushing your pen all the way through the fruit from the mouthpiece chamber. Although this step isn’t obligatory, I strongly recommend you comply with this instruction since the carb will let the air flow through the chambers, allowing you to clear any remaining smoke.

3. Use a Gas Mask to Smoke Weed 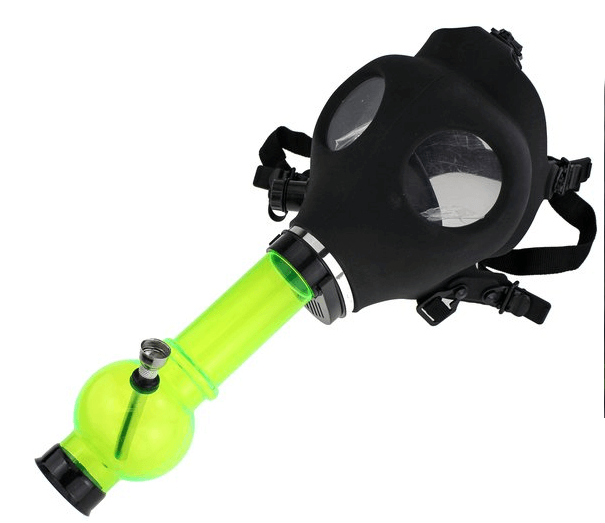 Although being third on the list, gas mask is hands down the craziest way to smoke weed. Although smoking from a gas mask bong may resemble torture, it actually gives you the ability to revel in the entire smoking process, when you can literally soak in the smooth smoke without losing any material. At least that’s what some gas bongs retailers claim.

Making your own gas mask bong is as simple as that. You strap on a gas mask, attach the mouthpiece to one of your bongs and light a bowl. The mask will suddenly become filled with smoke that spreads gradually to your face so that you have enough time to inhale the flavor of the smoke and relish your high thoroughly.

As much as I wouldn’t make a habit of using a glass mask bong to smoke my weed, I think that’s an experience every adventurous soul should try once in a lifetime. 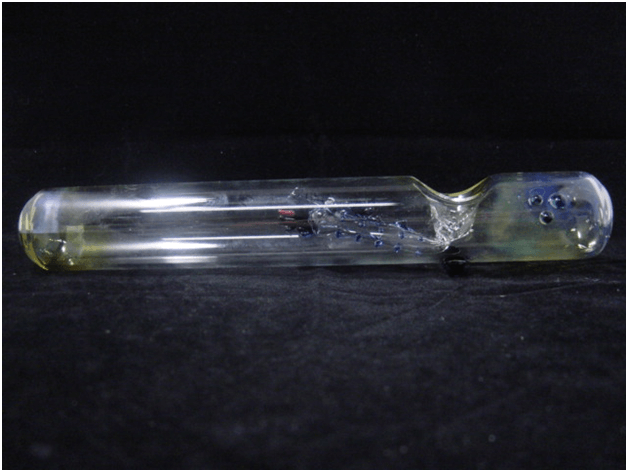 Steam rollers can house a lot of smoke, so if you enjoy a thick cloud of smoke right to your lungs, you probably won’t complain about using one when the papers are long gone. However, steam rollers seem to lose their popularity, mainly because they don’t contain water, so the hits are sharp and thus less comfortable.

5. Smoke Weed with a Chillum 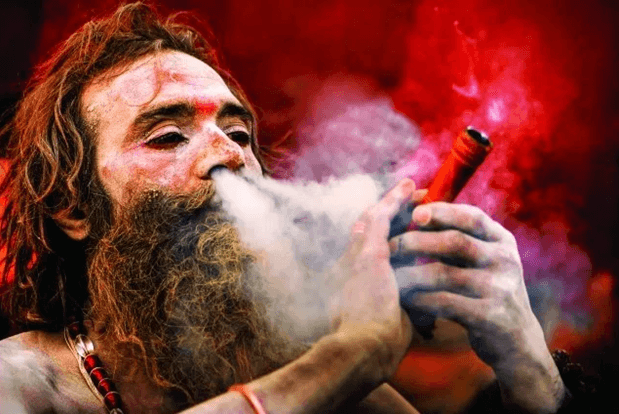 Also known as chillam, this tool is a straight pipe in the shape of a cone. It has an end-to-end channel. Chillum is traditionally made of clay and is considered a super old school method, being used since as far back as the eighteenth century by wandering Hindu monks (Sadhus).

African people have long used chillum-like pipes for smoking weed and other herbs. Now, this old school tool has become a mainstream staple at street fairs. So you won’t find it difficult if you’re all alone in a foreign country with some of your best buds.

One last note – be sure to check out our joint alternatives at the Cannabismo shop, We’ve got some interesting pipe choices to keep you covered the next time you run out of papers.

What’s your alternative way to smoke weed without papers?

You might also be interested in: “How to Smoke Hash” and keep visiting Cannabismo shop to buy weed online today.

More: Confused about how to get your marijuana card? Read All Details about it here.

Cereal Milk: Why it’s Missing From your Stash

Why Vaping THC is the Best Way to Get High

How to Make Weed Butter at Home for Beginners

One thought on “5 Crazy Ways To Smoke Weed Without Papers”