How to Consume Cannabis and Reduce Health Risks 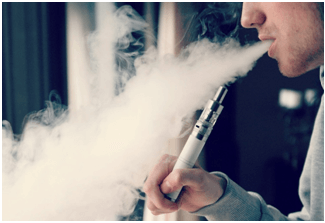 If you’re reading this, there is a fair chance you enjoy occasionally lighting up some quality weed. No harm in that is there? Well not quite. It’s true this marvelous herb has a nearly inexhaustible list of beneficial properties, both medicinal and recreational.

But it would be remiss of us to pretend there aren’t at least some risks to consumer health. Don’t worry, we aren’t about to tell you to stub out that spliff. But instead, we offer you effective harm minimization strategies to help you enjoy this wonderful plant in ways that reduce health risks.

Harm minimization acknowledges that there will always be some people who choose to engage in risky behavior (smoking marijuana for example). This concept also is about implementing strategies to reduce the risks of damage without judgment. Safe sex practice and needle exchange programs are other common examples of harm minimization practices. Research has already shown cannabis to be a safer and less harmful alternative to alcohol. By practicing harm minimization strategies, users of cannabis can further reduce their chance of developing health problems.

(Cigarette filters in joints eliminate up to 60% of the THC)

For regular users, the effects of smoking cannabis on the body have some things in common with smoking tobacco. Smoking cannabis may increase a person’s chances of developing cardiovascular and bronchial problems. Quite simply, smoking anything is harmful to some degree to a person’s lungs, throat and heart. Luckily there are ways to reduce this harm whether you prefer to smoke from a joint, pipe or bong.

Joints are the traditional method for smoking marijuana, and they bring a certain amount of nostalgic, old-school tradition. Those who enjoy marijuana in any form will rarely decline when a well rolled sweet smelling spliff is handed their way. However as far as healthy ways to smoke are concerned, the traditional blunt with its rolled cardboard filter is possibly the harshest on the throat and the least filtered method of getting the THC rich smoke to the lungs.

Still, they are however making a comeback with “Hipsters” these days thanks to a modern take on the old fashioned cigarette holders. These now come with specialized, disposable filters designed to trap the tar before it gets to your lungs, all the while giving you a certain charismatic Hunter.S.Thompson flair or an aura of Audrey Hepburn.

Here we are going to back pedal a little. We said earlier that joints are the traditional method for smoking. And this stands true for today’s generation. But if we are to look at history books and research “methods of smoking” then you are going to see a pipe.

Pipes all around the world have been enjoyed by people of all walks of life. Be it dapper wealthy men of the recent bygone era, or the American Indian passing a peace pipe around the fire, there is no doubting that pipe smoking has a fine tradition for inhaling a good many substances from tobacco to opium, marijuana to mescalin. However, since these devices haven’t really changed much in basic design, they score pretty low on the healthy ways to smoke list. Until that is we get to the Water Pipe A.K.A “The Bong”.

(Keep your bong cleaner than this one!)

The preparation and use of a bong can sometimes be ritualistic for cannabis smokers. Additionally, bongs are often collectible paraphernalia for smokers. Many users prefer to smoke their cannabis in bongs because the water cools the smoke making it feel less harsh on the lungs. The downside to using a bong is the amount of tar the smoker ingests to while having a hit. There is also some risk if using a bong which has a mouthpiece closer to the water. This can allow water vapor to enter the lungs. It is recommended that smokers use bongs with mouthpieces further then 20cms (7.8 inches) from the water level.

It is also worth noting, depending on where you live, that many bongs sold are actually intended as novelty or decorative products and not designed for actual use. The glass used in these bongs is often cheap and poorly made. Not only that, there are of reports from smokers who have mistakingly bought these products only to have the bong explode when heated for smoking, or even just while cleaning.

It is suggested that smokers who like to build their own bong do not use bottles made out of plastic, rubber hose or an aluminum cone piece (bowl). These materials can give off harmful fumes when heated or melted.

Whatever type of bong used, it is important to keep it clean and change the water frequently. A dirty bong not only gets blocked and smells bad, but can also harbor germs and viruses.

At the top of our healthy choice for methods of inhalation, we have the Vaporizer! This device is technology at its naughtiest. Its uses some nifty scientific calculations. Whoever came up with vaping found the perfect temperature to evaporate the THC laden Trichomes (the Crystal looking bits) without burning any of the vegetable matter. As a result, it eliminates 99% of the carcinogens you would otherwise inhale from more traditional methods.

Not only does this method get the tick of approval from your lungs. It also delivers in the area that counts, the high. The traditional method of burning the bud to release THC actually overheats the psychoactive elements and potency is slightly reduced. By heating the bud (or oil, yes you can vape oil too!) to its optimal temperature, you get a much stronger, cleaner high with little to no wastage.

The downside, yes there has to be one, is that you don’t get that tasty flavor from vaping. Instead, you get a steam that is slightly reminiscent of boiled broccoli. For some that can be a deal killer.

(Many smokers add tobacco to their mix)

It is common in Australia and Europe to mull up cannabis with tobacco. Smokers who mix their cannabis believe it allows the weed to burn better while providing a less harsh flavor or burning sensation. Some smokers may also be tempted to mix their weed in order to space it out and make it last longer.

Mixing tobacco with cannabis means users will take in more toxic and addictive compounds in order to get the desired effect. It may also be harder for smokers to reduce or control their smoking as they will also experience nicotine withdrawal.

Many cannabis smokers have taken up smoking tobacco regularly as a result of this practice. If mixing Cannabis with something is desired, instead try mulling the cannabis with safe to smoke herbal mixes. A few examples would be mullein, combretum, and damiana, which are available from natural food markets, herbal shops and online.

Holding it in (Inhalation)

Smokers who report stronger effects from holding the smoke are more likely experiencing light headiness from oxygen deprivation. Studies have indicated that about 95% of the THC in cannabis smoke absorbed occurs in the first few seconds of inhaling. Holding the smoke any longer just allows more tar and chemicals to be absorbed by the lungs.

It is possible for fungi, mold and bacteria to contaminate cannabis. This can occur due to a number of different reasons such as:

Discerning connoisseurs store their buds in a breathable package such as a paper bag. They may also store their stash in airtight mason jars with moisture absorbing gel sachets (such as the type you see in your jacket after being dry cleaned). But for others who may not be as careful, it’s important to store your weed safely. Even though contamination poses a relatively low level risk for the majority of smokers. For those who have weakened immune systems, such as a person with HIV, it can pose a serious health hazard.

Most people suggest discarding mold effected weed. But for those for whom throwing it away just isn’t an option, one questionable method is to heat the cannabis in an oven heated to 70-90 Celsius (158–194 Fahrenheit). They say to do this for about 10 minutes to kill any fungi or bacteria. This may assist with some small amounts of contamination. But we recommend discarding any weed if you suspect contamination or mold.

But for those of you extremists who drive a Volvo wearing a helmet, we have one more bulletproof way to get high with your seat belt firmly secure:

That’s right, cooking or baking with the drug is generally considered to be the safest method for consuming cannabis. It is also the preferred method for those using the drug for anti nausea effects, such as people undergoing chemotherapy.  There are many different edible recipes for cooking and baking with cannabis and the process avoids any harmful and potentially carcinogenic effects of smoking.

A disadvantage of eating cannabis is that the THC takes longer to reach the brain when absorbed through the gastrointestinal tract, as opposed to the lungs. The effects of eating cannabis can usually take about 60 to 90 minutes to hit. This can cause problems with controlling the dose. That’s because people feel impatient waiting for their high.

They may even get the stimulatory effect to their appetite (known as the munchies) and consume more edibles to become much higher then they intended. Eating cannabis often causes a much stronger and longer lasting effect than smoking. So inexperienced users may have a negative experience if they are not aware of or prepared for this.

And there you have it, dear reader. A comprehensive guide to getting your smoke on while putting safety first and to reduce health risks when enjoying your weed.