Cannabis Studies and the Science Behind Them 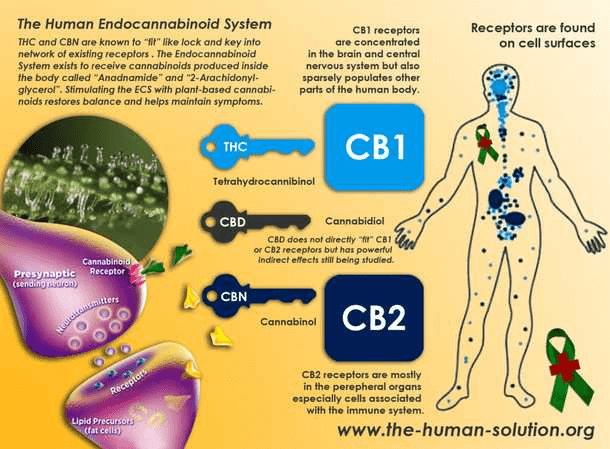 The cannabis plant has been growing in the wild all over the world for nearly 37 million years. Records of its cultivation go back 8000 years into hisotry. It’s sad and at the same time shocking that only 100 years of dark propaganda erase the rich historical use of cannabis. But with countrywide legalization in Cananda and other countries, more and more funds are going toward cannabis studies.

As the truth about marijuana is being unveiled before our very eyes, the best favour we can do for society is help people understand the science behind cannabis. Because it’s important to know how it impacts our bodies.

What Cannabis Studies Have Found

Cannabinoids and the Endocannabinoid System

Cannabinoids are described as a set of chemical compounds that bind to specific receptors in the human body. They build the endocannabinoid system, which can be depicted by the “key and lock” metaphor”.

The human body has specific “locks” on the surface of its numerous cells. The body produces some “keys” (endocannabinoids) that unlock these cannabinoid receptors by binding to them.

Researchers discovered the first cannabinoid that binds to receptors in 1992. Today, we call it anandamide. The second one, 2-arachidonoyglycerol (2-AG), came to light in the world of science in 1995.  Although these two endocannabinoids are the best examined so far and are found in multiple cannabis studies, it’s believed that over 200 related substances are yet to be studied.

This most popular constituent of the cannabis plant works as a defense mechanism for the herb. Nonetheless, it appears that THC also mimics the effects of the already-present neurotransmitters in our brain. It causes various areas of the brain, especially those that are responsible for dealing with thoughts and perception, to elevate.

In fact, THC acts like the aforementioned Anandamide, whose function is to regulate hunger and other functions of the central nervous system. According to modern cannabis studies, Anandamide is also responsible for stopping the progression of breast cancer cells, as well as for regulating the work of the immune system.

This is why THC is particularly effective in treating eating disorders, HIV symptoms, and even the most aggressive forms of cancer.

Unlike THC, cannabidiol doesn’t fit directly into any type of cannabinoid receptor. What it does, though, is stimulate the activity of CB2 and CB2 receptors without binding to them. This results in the systemic effects of the substance on the human body. Cannabidiol has also proven to inhibit the psychoactive effects of THC by reducing its influence on CB1 receptors.

According to the studies conducted by the National Institutes of Health, CBD causes the human body to release an increased amount of one of the endogenous cannabinoids, 2-AG. Furthermore, cannabidiol slows the degradation of anandamide. This is why this particular phytocannabinoid is super-effective in combination with THC.

These particular cannabis studies show that because CBD promotes neurogenesis, it’s way more potent than chemotherapy in treating cancer. While THC kills the cancer cells, CBD helps in creating the new, healthy cells, which causes an improved health regeneration of patients who use medical cannabis as their treatment.

Where conventional treatment methods fail, marijuana appears to work wonders in a wide range of medical conditions. The key is understanding the cannabis studies we have thus far to know the science behind the cannabis plant. Then you’re able to base your judgment on facts. Not on the claims of biased politicians or people who have a special interest in undermining the healing power of cannabinoids.