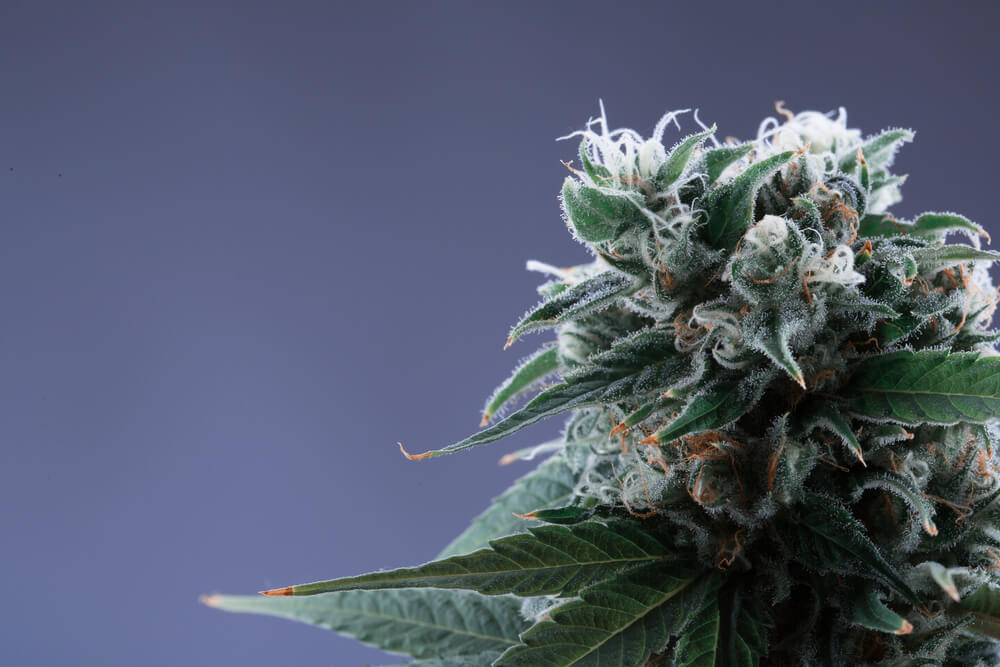 The entourage effect may conjure up images of luscious celebrity and affluent wealth, but it means something else entirely in the context of weed.

Have you ever wondered what happens in your tiny buds that allow them to create such a wide range of different effects? It’s the beauty of the entourage effect!

Essentially, marijuana comprises hundreds of different chemical compounds, including cannabinoids and terpenes, that join together to create a sort of cannabis cocktail inside the plant itself.

Depending on the particular strain or item you’re indulging in, these unique combinations will produce a bunch of different effects.

The act of these various compounds coming together and interacting with one another to collectively produce these effects is known as the entourage effect.

Today, we’re delving into all things entourage effect to explain what it is, the science behind it and how the different compounds work together!

Is the Entourage Effect Real?

Much like how an entourage is dedicated to serving the various needs of one high-profile person or celebrity, the chemicals within your cannabis, including cannabinoids and terpenes, are all devoted to producing the effects that make you feel all kinds of excellent.

To break it down, essentially, the entourage effect is a synergistic reaction where the various cannabinoids, terpenes and other compounds found within cannabis work together to produce special effects.

As we touched on above, the effects may vary based on the specific weed strain you’re consuming.

Most of the time, it’s a combination of recreational and medicinal effects.

For instance, Lamb’s Bread provides an uplifting and creative sativa high, but would you expect anything less from Bob Marley’s favourite bud? 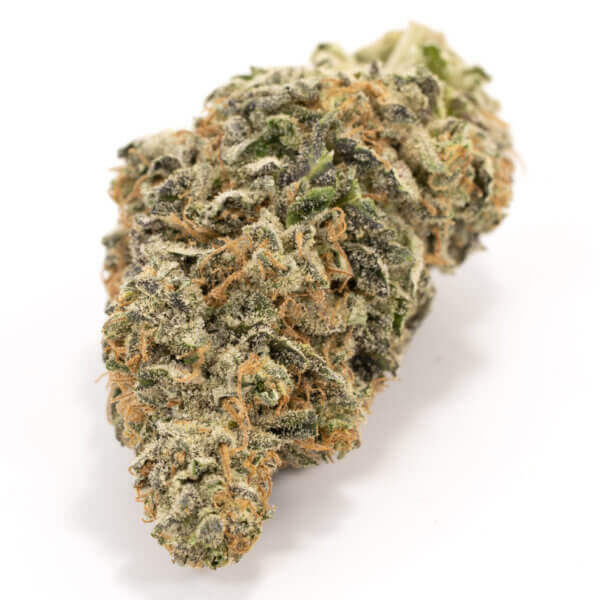 That said, the strain is also excellent for combatting stress, depression, fatigue, inflammation and pain.

Who knew that one little nug could do so many things!

Thanks to the entourage effect and the various properties of cannabinoids and terpenes, and other compounds, it’s able to do all this and more.

However, it’s important to note that these effects are also dependent on a toker’s endocannabinoid system.

In other words, no one strain will produce the exact same effects for everyone.

The Science of the Entourage Effect

So, we’ve now briefly touched on what the entourage effect is. Still, how does it work, and what does it have to do with your endocannabinoid system?

The entourage effect is typically believed to be the outcome of the interactions between cannabinoids, such as CBD and THC, terpenes, flavonoids and other chemical compounds present in cannabis.

These properties will have varying impacts on your endocannabinoid system.

For those who may not know, the endocannabinoid system (ECS) is a complex biological network existing within our bodies.

Regardless of whether you’re a cannabis user or not, the ECS facilitates and maintains a number of bodily functions. This includes your mood, appetite, digestion, metabolism and energy, libido and more!

Basically, it’s an incredibly crucial system that plays a major role in ensuring that our bodies are functional, well-maintained and healthy.

Depending on the specific weed strain you ingest, the cannabinoids, terpenes and other cannabinoids present in the cannabis plant will interact with your endocannabinoid system differently.

In turn, these elements will deliver a myriad of mental and physical effects, with THC or tetrahydrocannabinol producing the most prominent psychoactive effects.

The cannabinoids serve as agonists (a substance that initiates a physiological response when combined with a receptor) and bind to the pre-existing endocannabinoids within the ECS to supply their various effects.

Since the ECS plays a role in so many different things, the interaction between the cannabinoids and terpenes in weed can thus promote several outcomes.

This can include uplifting your mood, decreasing energy, making you feel sleepy, and bringing on a mad case of the munchies, to name a few!

The Role of Cannabinoids and Terpenes 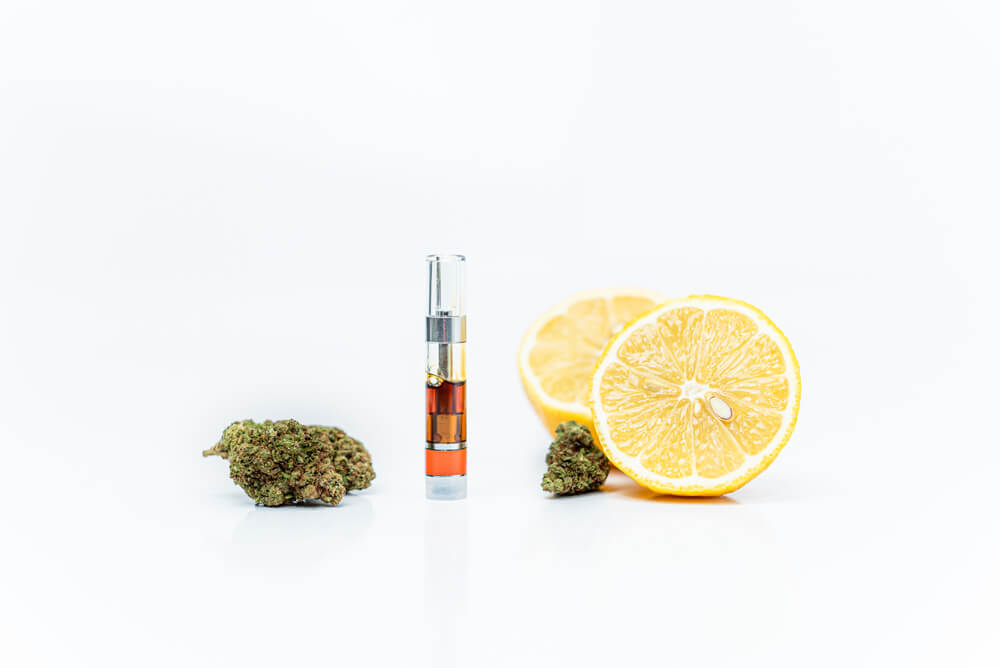 Obviously, cannabinoids and terpenes are crucial in producing the effects we know and love when using weed.

That said, let’s get a bit more specific regarding how they produce them and how these compounds interact.

As we touched on before, cannabinoids act as agonists that bind to our endocannabinoid system to produce a wide range of effects.

However, research also indicates that combining cannabinoids and terpenes can supply a diverse scope of therapeutic effects.

For instance, according to evidence published in the British Journal of Pharmacology, ingesting terpenes and cannabinoids can provide relief for several different health conditions ranging from mental illnesses such as depression and anxiety to physical ailments including pain, inflammation, and even cancer or epilepsy.

Most research surrounding the entourage effect involves the interactions between THC vs CBD.

More specifically, how CBD can hinder and counteract the less favourable properties of THC such as dizziness, nausea and anxiety.

However, this isn’t the only way the entourage effect comes into play to produce more balanced effects.

In some instances, it can enhance the effects of weed even more!

For example, there is genuine scientific evidence to support how mango and weed together, during or after your smoke sesh can help intensify the effects.

This is where terpenes come into play.

Mangoes are high in a terpene called myrcene, which is also one of the most prevalent terpenes present in cannabis.

Myrcene helps lower your body’s blood-brain barrier, which is a central nervous system component that helps regulate which substances are permitted to cross over into the brain.

Since myrcene can lower this barrier, it allows more substances, including THC, to pass through. This produces more intense, longer-lasting effects.

In other words, you go from high to sky-high real quick!

On top of enhancing the overall effects, myrcene also has therapeutic properties, including supplying pain-relieving, anxiety-reducing and sedative effects.

Full-Spectrum vs Broad-Spectrum – What’s the Difference?

When it comes to understanding the intricacies of the entourage effect, it’s crucial to highlight how it impacts various products.

Depending on your needs, this understanding can help you select the items best suited to your objective.

For example, medical patients may have the goal of using cannabis for therapeutic reasons, not necessarily to become high, they may be seeking relief for various illnesses or conditions.

On the other hand, recreational users are more interested in the psychoactive properties of THC and want to use weed as a means of expanding and engaging their minds and soothing their bodies.

The products to achieve these objectives are not likely to be the same!

You may have seen combinations of THC and CBD in several products, many of which have the label of full-spectrum or broad-spectrum extracts. If you aren’t sure what this means, we’ve got you covered. 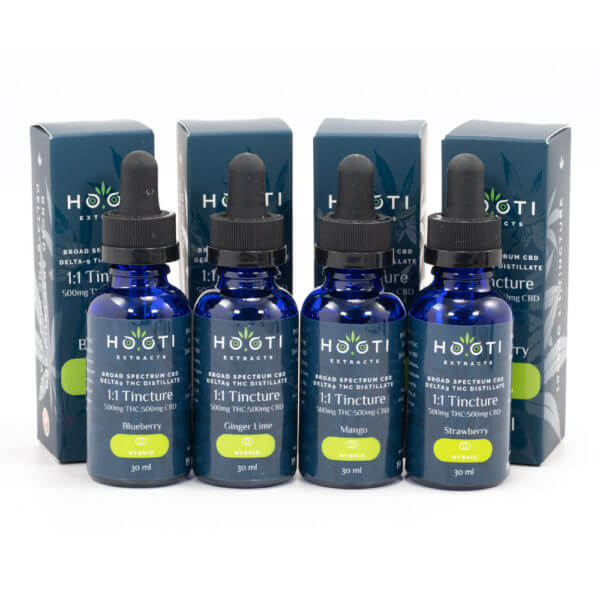 The term ‘broad-spectrum’ refers to products that contain a hybrid balance of the opposing elements of THC and CBD.

That said, it’s vital to point out that broad-spectrum products are not isolates, which only contain one specifically cannabinoid, namely THC or CBD, individually.

Broad-spectrum items also contain at least a couple of other cannabinoids and terpenes. However, not to the same degree as full-spectrum cannabis compounds.

For example, broad-spectrum CBD products will contain trace amounts of THC, typically 0.3% or less, allowing medical patients to reap the therapeutic benefits of THC and CBD without receiving any potent psychoactive effects. 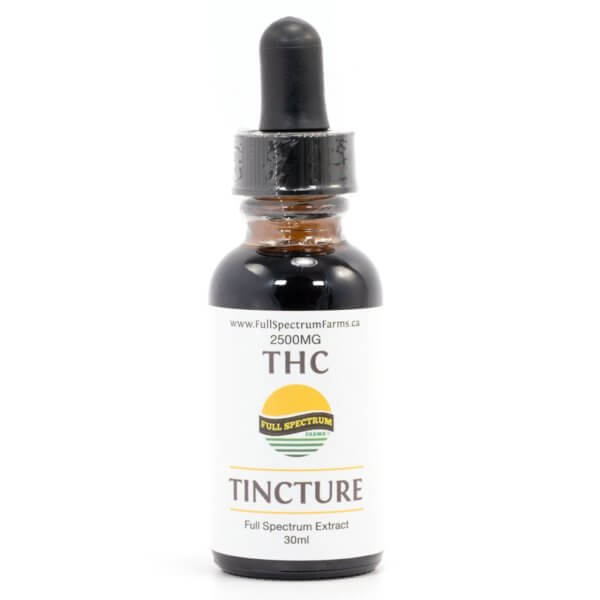 On the flip side, full-spectrum extracts are what you’d think from the name. These products contain all the cannabinoids existing within the starting cannabis plant material.

So, if you’re fascinated with the concept of the entourage effect after learning all about it and want to see it in action in its full glory, full-spectrum products are 100% the way to experience it in its entirety.

When creating full-spectrum cannabis products, the primary objective is to maintain as much of the integrity of the starting plant material as possible to deliver the most authentic experience.

This includes the cannabinoids, terpenes, and other chemical components naturally occurring within the plant.

As such, the extraction process is specifically targeted to remove as many different compounds as they can to provide the full range of plant cannabinoids available in one singular product.

Even further still, there are products known as high terpene full-spectrum extracts, or HTFSE for short. 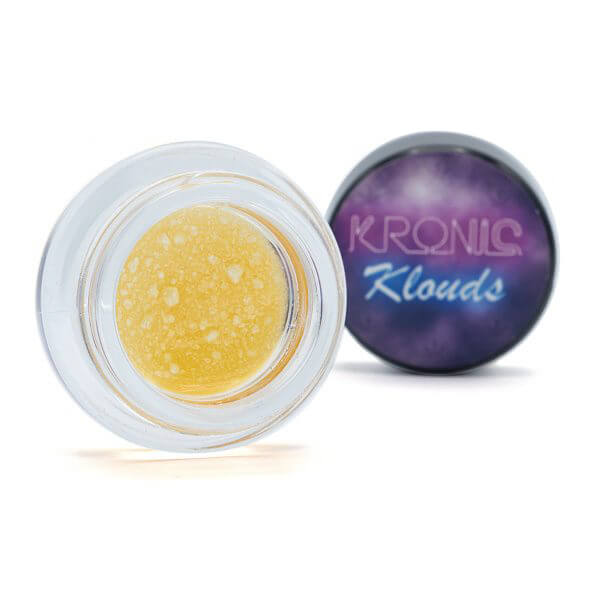 These items are intended to preserve the unique terpene profiles of the starting cannabis plant material.

What makes these products appealing to users, in particular, is their unique and powerful aromas and flavours, which will vary based on the particular terpenes they contain.

Ultimately, as we said, when deciding between full and broad-spectrum products, it comes down to the individual intent of the consumer. For more information regarding full-spectrum cannabis products, be sure to read our fully dedicated article.

Weed as a Medicine?

The medicinal properties of cannabis and its widespread usage are not a new concept. However, the endocannabinoid system was not entirely discovered until much, much later in the 20th century.

Since time immemorial, humans have carried and sown cannabis seeds as they migrated across the world, further spreading their influence. It’s theorized that such practices are responsible for the rise of landrace strains.

For centuries, humans have utilized the various properties of cannabis to supply a wide range of medicinal and spiritual effects. Some research indicates that cannabis use dates back to roughly 12,000 years ago near the Altai Mountains in Central Asia!

As such, the interaction between the various cannabinoids, terpenes and other compounds present in weed and how they impact health has incredible potential.

We mentioned previously that research indicates cannabis, and its various internal components, have several applications spanning from mental illness, such as depression and anxiety, to physical ailments including pain, inflammation, and even cancer or epilepsy.

CBD oil products, in particular, are incredibly popular for their therapeutic effects. 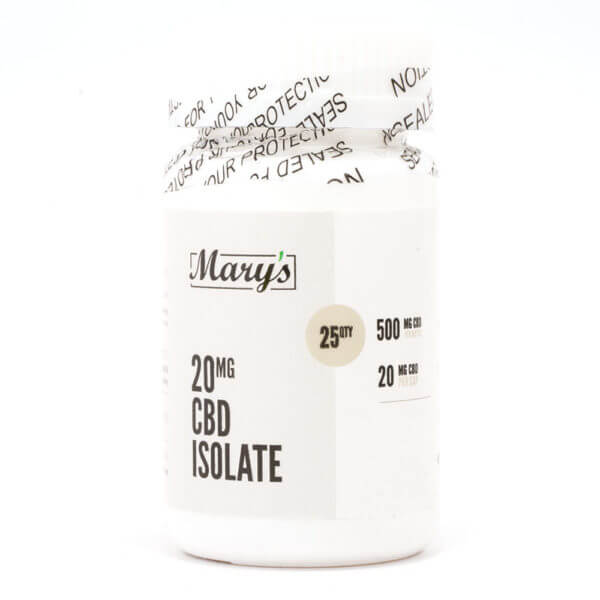 Even still, modern research and medicine have only scraped the tip of the iceberg regarding the possible applications of medical marijuana and how it can serve to improve the quality of life for medical patients worldwide.

That said, with the current evidence the scientific community currently has at its disposal, the results are incredibly promising for even further progression moving forward! Broad-spectrum and full-spectrum products might just be the key to living a healthy life with cannabis!

The Entourage Effect – The Magic of Marijuana’s Many Moving Parts

While we may understand the basic fundamentals regarding its process, there is still much to discover and explore regarding the entourage effect.

However, the research so far shows promise for both the recreational and medicinal cannabis communities.

This basic understanding doesn’t even consider the different variations of entourage effects in any given strain, which can differ significantly!

As cannabis users, experimentation is part of the fun. Partaking in different strains and products is the best way to determine which you like best and what works most effectively for your particular needs or desired outcomes.