Cannabis Compounds: What are Terpenes? 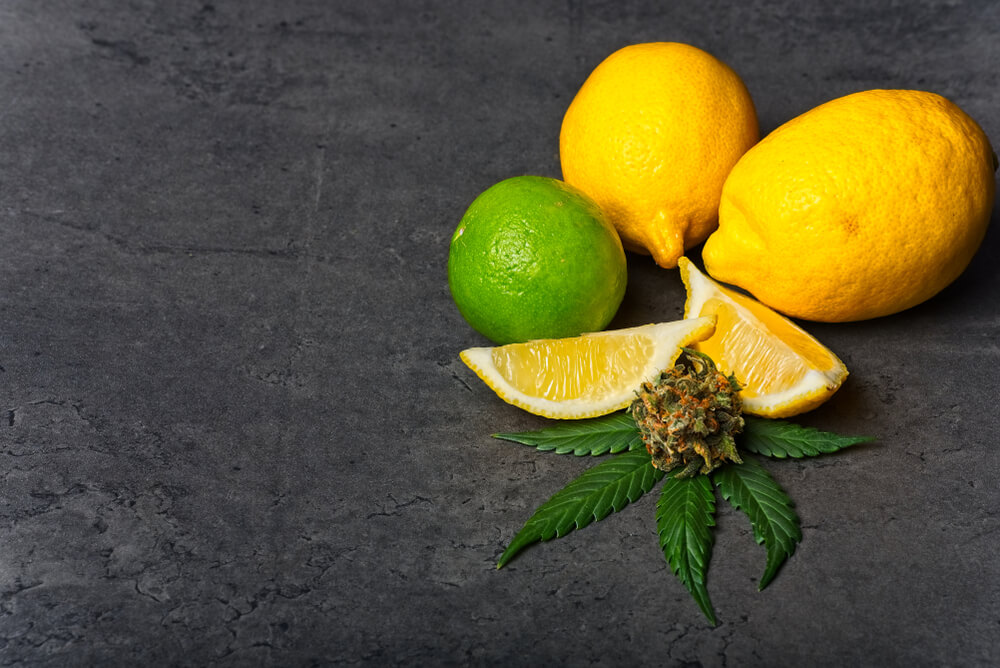 What are terpenes? They’re an essential part of the cannabis smoking experience, but you’ll be forgiven if you’re unaware of what they are.

With the advent of legal cannabis, we are uncovering a slew of different types of compounds within the plant. As a matter of fact, there have been over 400 unique chemicals ranging from flavonoids to cannabinoids, and to terpenes, all of which are housed in these complex plants.

In the world of cannabis, these compounds play a vital role in the essence of each strain, giving rise to unique flavors, scents, and therapeutic profiles.

Much like how tannins impact different flavor profiles of wines, terpenes do somewhat of a similar job to cannabis. Just like with wine, you have your fruity, spicy, and earthy classifications of cannabis as well, all thanks to the unique mix of terpenes and cannabinoids found in each strain.

But the truth is, terpenes may actually play a much larger role than simply giving your favorite strain its beloved scent and flavor.

Stick with us as we uncover the importance of terpenes in cannabis along with the different types you might come across. 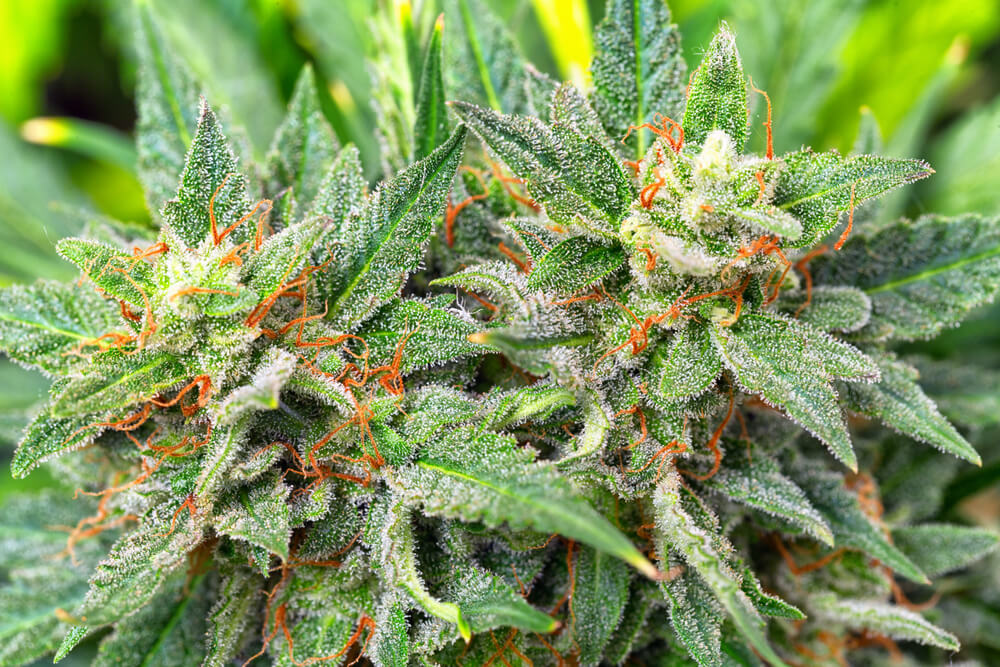 The organic compounds that provide cannabis plants and many other organisms with unique scents aromas weren’t just made to please the senses. Terpenes have a history in plants and animals that serves a more practical purpose than one might think.

These isometric chains are then activated by various enzymes, effectively oxidizing them, resulting in the vast array of effects that these terpenes are known to produce.

As previously mentioned, terpenes are responsible for the unique flavors and scents of many plants out in the wild. Being highly dependent on their environment for survival, many of these plants were prone to encounter various threats, including predators like insects or wild animals.

Fortunately, plants develop terpenes throughout their growth, which can act as a repellent to these predators. These terpenes can leave a taste of bitterness in the mouths of these predators while simultaneously sending them into disarray, ensuring that they don’t return for a second bite.

As far as other purposes go, the terpenes in many plants and flowers can also play the role of a chemical signal to nearby pollinating insects and animals. For example, flowers would be able to use their terpenes to attract the bees in the area for pollination.

In cannabis, terpenes play a little bit of a different role in the human body.

When it comes to consuming cannabis, the combination of compounds is what gives life to each and every strain of cannabis. Whether you’re consuming cannabis for medicinal purposes or if you’re a casual consumer, we are aiming towards one thing…The therapeutic effects.

That said, the entourage effect presents us with the idea that the right mixture of compounds can make the whole cannabis high an even more rich and customizable experience.

The great thing about terpenes and cannabinoids is that they tend to inflate and deflate certain aspects of one another.

Of course, this is highly dependent on the cocktail of compounds at play, but it’s safe to say that the right terpene mix can tame the psychoactive effects of THC while working synergistically with other cannabinoids to produce a more elevated therapeutic experience.

The Most Effective Way to Get Terpenes

Whether you’re smoking cannabis, vaporizing some bud, or dabbing some concentrates, the terpenes will undoubtedly come your way — however, a few methods reign supreme when it comes to getting your fix of terpenes.

When it comes to preserving terpenes, using a controlled heat is critical to maintaining the integrity of these compounds. 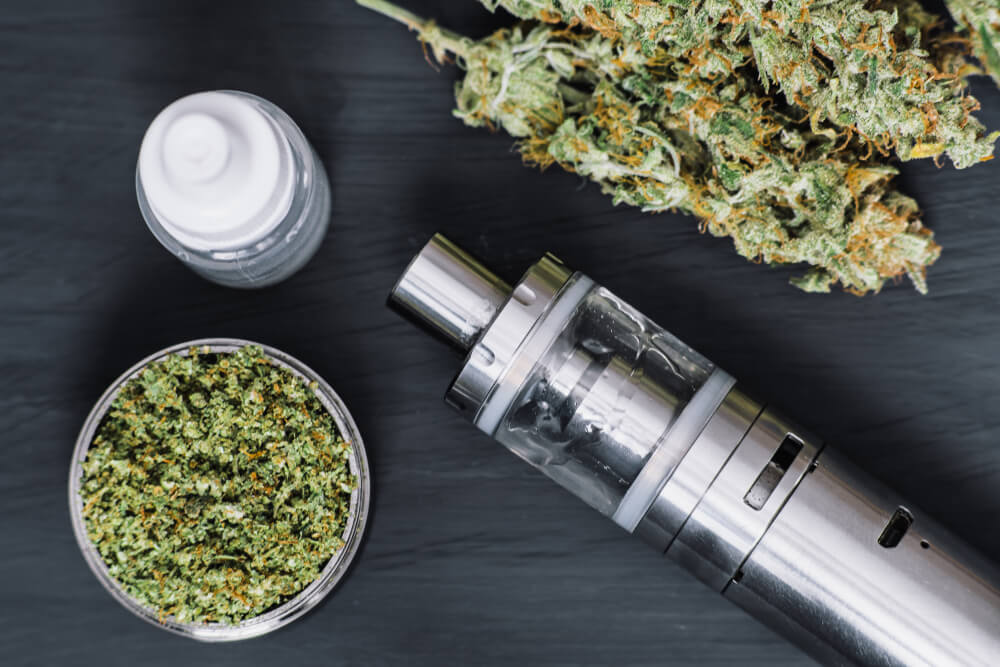 That said, dabbing concentrates or vaporizing your cannabis is by far one of the best ways to ensure you are getting your cannabinoids and terpenes without damaging them.

Through temperature specific heating tools like a vaporizer, dab rig, or e-cig, we can limit the amount of heat exposure to our cannabis and enjoy their terpenes in full effect.

So if you want to experience the full flavor profile of your cannabis, make sure you’re vaporizing it on the lowest heat setting.

And if you’re having trouble figuring out the boiling point of each terpene, it is best to refer to a terpenes chart.

Beta-caryophyllene is one of the most predominant terpenes in the cannabis plant and is also found in many herbs like black pepper, hops, and rosemary.

Beta-caryophyllene is responsible for the herbal aroma for each of these herbs. It has a boiling point of 130°C (266°F) and is known to produce anti-inflammatory and pain-numbing effects. 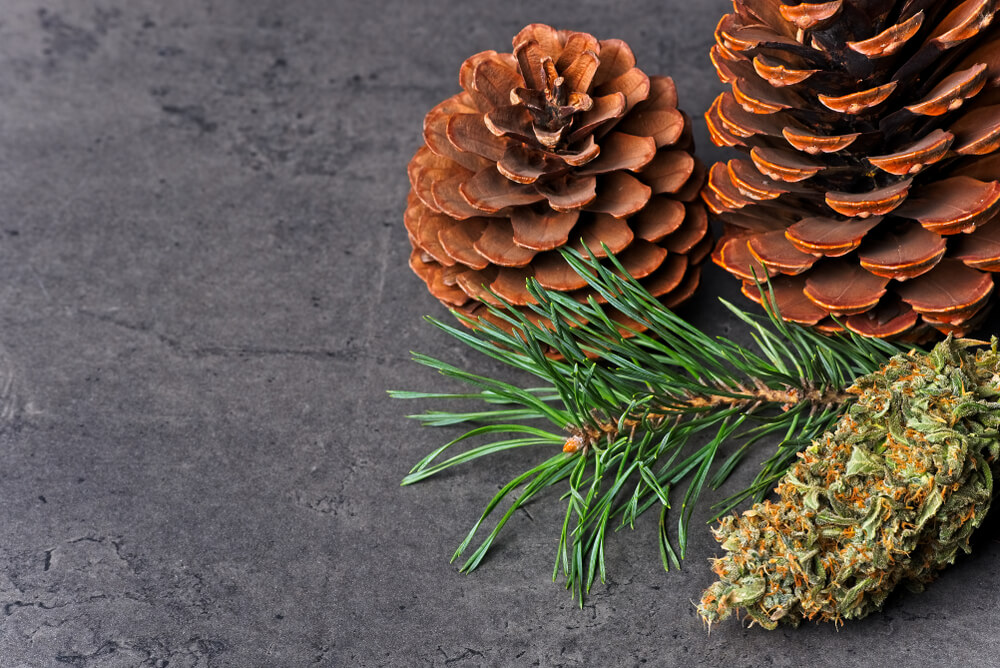 One of the most common terpenes in nature, Pinene, is notoriously found in pine trees, hence the name. It is responsible for giving the trees and specific cannabis strains their distinctive “evergreen” aroma. Pinene may be able to protect from ulcers and carries anti-inflammatory properties. Pinene’s boiling point is at 155°C (311°F).

Strains rich in pinene include Blue Dream, Bubba Kush and OG Kush, to name a few.

A fairly common terpene in cannabis that is also found in hops, ginseng, sage, and basil.

Alpha-Humulene is thought to possess appetite suppressing and pain-relieving anti-inflammatory characteristics while also having a boiling point of 106°C (222.8°F).

Super Lemon Haze, Headband and White Widow are the strains with high levels of humulene. 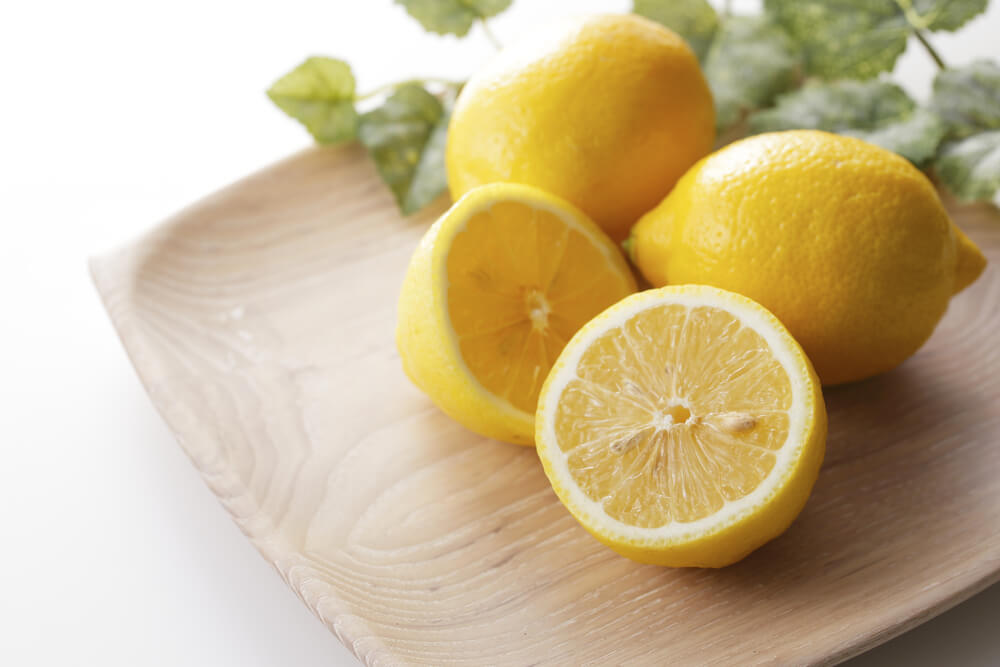 Aside from cannabis, Limonene is found commonly in the rinds of many citrus fruits like oranges and lemons.

Due to Limonene’s fresh and citrusy scent, it is also used in a variety of products ranging from fragrances to cleaning supplies. Limonene is known to boost the immune system and may help in easing heartburn symptoms.

Ocimene is a common monoterpene found in various plants such as hops, mangoes, basil, and kumquats.

Ocimene is known to give off a potent sweet and herbal scent and has antifungal and antiviral properties. Ocimene’s boiling point is at 100°C (212°F).

Cannabis strains that are high in ocimene include Golden Goat, Strawberry Cough and Chernobyl.

Myrcene is the most predominant terpene found in cannabis cultivars. You can recognize it by its earthy and herbal aroma. 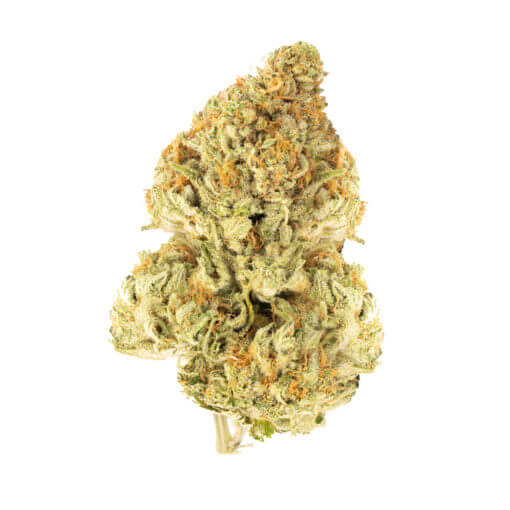 Strains such as OG Kush, Granddaddy Purple and Tangie are known to carry the highest levels of myrcene and provide both relaxing and energizing effects.

You can also find Myrcene in Thyme, Mango, and Lemongrass.

Myrcene is another terpene that exhibits anti-inflammatory effects with the potential for treating osteoarthritis. The boiling point is 167°C (332.6°F).

Terpenes are known to be the building blocks of essential oil. Their ability to work in conjunction with the cannabinoids in cannabis plants allows them to shape the psychoactive effects of cannabis in subtle yet potent ways.

You can try various cannabis strains packed with terpenes to experience the entourage effect and level up your cannabis high. They are also known to provide various therapeutic effects, including anti-inflammatory and pain-numbing effects and burn relief.