What is Bubble Hash? Definition and How to Make it 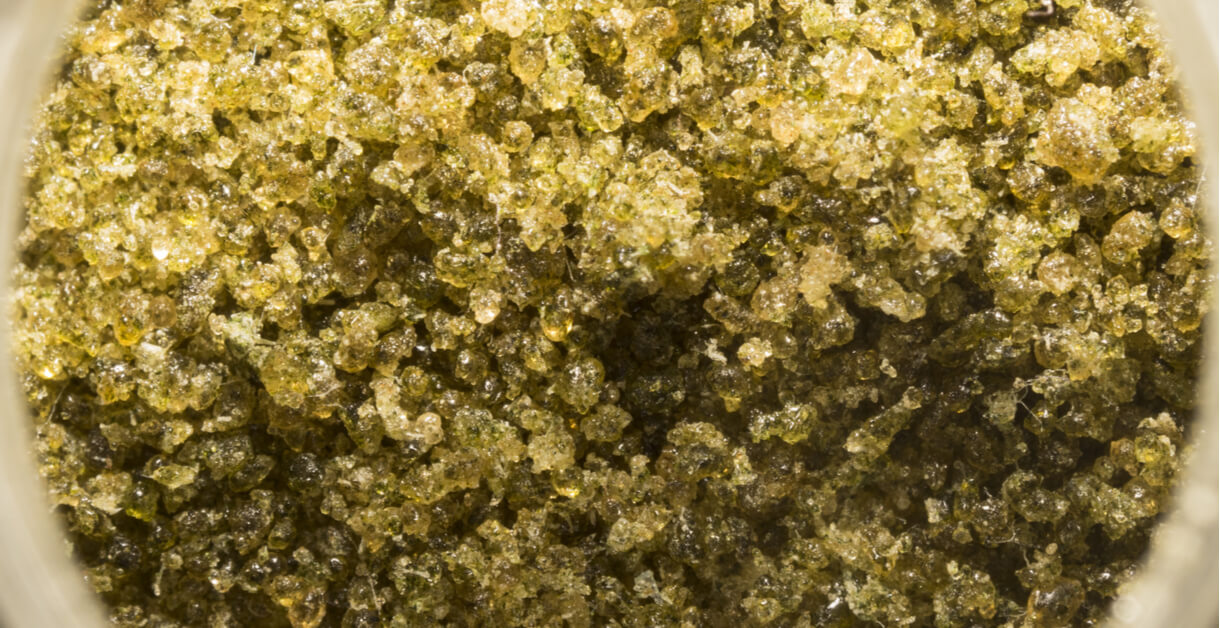 Your journey through the world of cannabis may have started with good old regular bud, but with options like bubble hash, there are now countless other product varieties to indulge in!

Gone are the days when a dime bag of dry weed was the only option to enjoy your favourite strains. Cannabis concentrates like bubble hash have been around for decades and have become highly sought-after options among many long-time tokers because they offer something that regular old weed doesn’t.

Despite having a loyal following, bubble hash still isn’t one of the most popular cannabis concentrates currently available, but that may soon change. In fact, even some veteran tokers haven’t even heard of bubble hash.

If you, too, are still in the dark regarding bubble hash or are looking for a good place to start when it comes to cannabis concentrates, there is no need to worry. We’ve got you covered.

Today, we’re bringing you up to speed surrounding all things bubble hash and how it stacks up to other cannabis concentrates.

That said, let’s jump right in!

What is Bubble Hash? 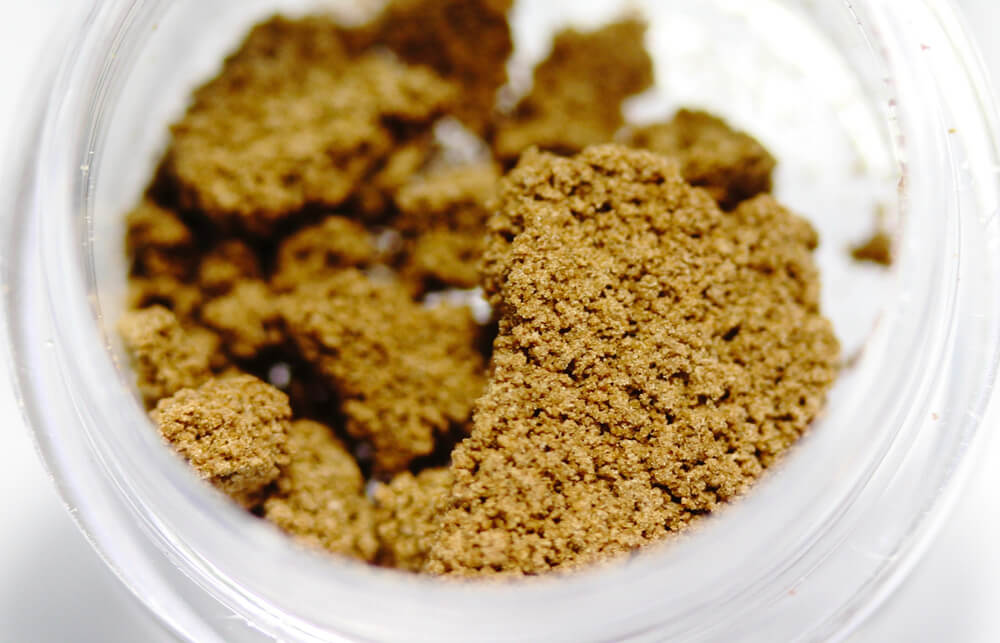 Thus, cannabis concentrates are basically a collection of trichomes that are then either further refined or grouped together as is.

The trichome itself is found on the exterior of the cannabis plant and presents itself as a bulbous and slightly transparent crystalline structure. It could almost look like a sugar coating on the surface of the buds to the naked eye. Trichomes contain a vast majority of the cannabinoids and terpenes of the weed plant and are present in high quantities among high-quality strains.

That said, there are several different ways to separate the trichomes from the rest of the plant material, with some being able to extract almost nearly 100% pure THCA. Generally speaking, cannabis concentrates extracted using chemical solvents tend to carry a higher THC concentration than those that do not.

However, this is hardly a disadvantage as most concentrates are already much more potent than your average flower. 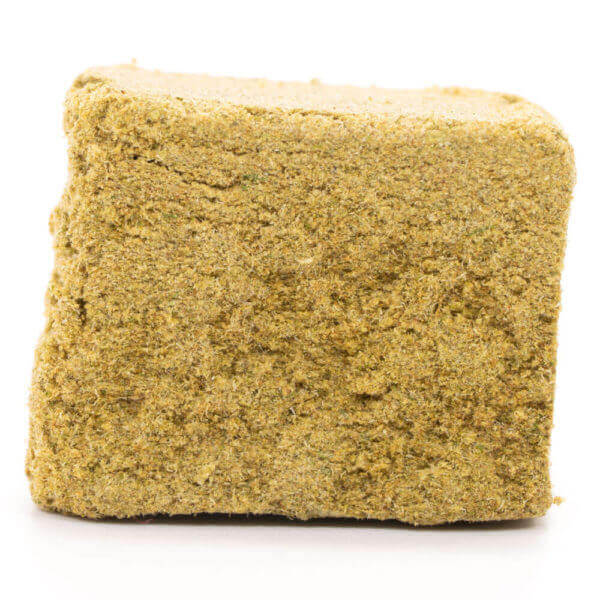 Generally speaking, bubble hash is slightly more refined and potent than traditional cannabis hash but isn’t as strong as many solvent-based cannabis concentrates. One of the main reasons why people tend to like bubble hash is because it does not carry the risk of any solvents within the concentrate, which can also taint flavor and cause health problems if they are not properly filtered out.

Another advantage that full-melt bubble hash has is the presence of an unaltered terpene profile. Terpenes are the compounds that give cannabis (and other plants) its signature scent and flavour as well as a few additional effects that may work in tandem with the cannabinoids of the particular strain.

These terpenes are believed to work alongside the cannabinoids of each strain, amplifying and diminishing certain aspects of the high depending on the actual mix of cannabinoids and terpenes themselves.

This phenomenon is also known as the entourage effect among tokers and enthusiasts within the cannabis and scientific communities.

What is the Difference Between Hash & Bubble Hash?

By far, one of the most distinguishable differences between standard forms of hash and bubble hash is the strength of each concentrate.

Of course, these numbers can vary greatly depending on the actual quality of cannabis being used.

Additionally, where controlled amounts of heat are used to create hand-made hash, and many other types of cannabis concentrates, bubble hash sets itself apart by using the cold rather than the hot temperatures to separate the trichomes from the rest of the plant matter.

How is it Made?

Being one of the few solventless cannabis concentrates, making bubble hash requires bubble bags, ice-cold water, and a 5-gallon bucket. To make bubble hash, producers will start by collecting a large amount of high-quality cannabis that is either fresh from harvest or flash frozen.

Typically 4 ounces is enough to make a single batch of bubble hash.

After sourcing some fresh weed, producers will begin lining their 5-gallon bucket with their bubble bags. Usually, about 3-4 bubble bags with different-sized micron weaves are used to line the bucket.

From here, the weed is poured into the lined bucket along with enough ice and water to completely submerge all of the plant material. Using the coldest possible ice water is also important as it helps to make the trichomes more brittle, giving them an easier time to break off from the buds.

Once everything is in the bucket, producers will then begin to stir the entire mixture with a large stick or utensil for about 20 minutes, which is normally more than enough time for the trichome to separate themselves. After agitating the weed in the ice water, the mixture is left to rest for about another 20 to 30 minutes. After which, the bubble hash is scraped off the bottom of each bubble bag.

Each batch of hash from each bubble bag is separated from one another as they differ in refinement. To expedite the drying speed, producers may also use some cheesecloth to press against each batch of hash to remove any excess moisture from the ice water bath.

Presto chango, what was once cannabis flower is now potent, terpene-packed bubble hash!

From here, producers must store the newly created bubble hash in a dark and dry location to preserve its shelf life. Some may even refrigerate it to extend the shelf life further.

Though bubble hash has been around quite some time, it has often been overlooked due to the strength of other cannabis concentrates on the market.

However, make no mistake about it. While bubble hash may not have the power of pure THC diamonds, it is still over twice as potent as some of the highest quality weed you can get your hands on.

Not to mention bubble hash also contains something that many of the more THC-focused concentrates lack – a complete and unaltered terpene profile, which gives way to the entourage effect.

If you don’t necessarily feel the need to perform this little DIY project at home for yourself, that’s totally fair! Visit the Cannabismo website to order some expertly-crafted bubble hash and have it delivered straight to your door.

While you’re there, check out the other flower, edibles and other cannabis concentrate options we have available. We guarantee you’ll find something to suit your fancy!