Should You Worry About a Weed Breathalyzer? 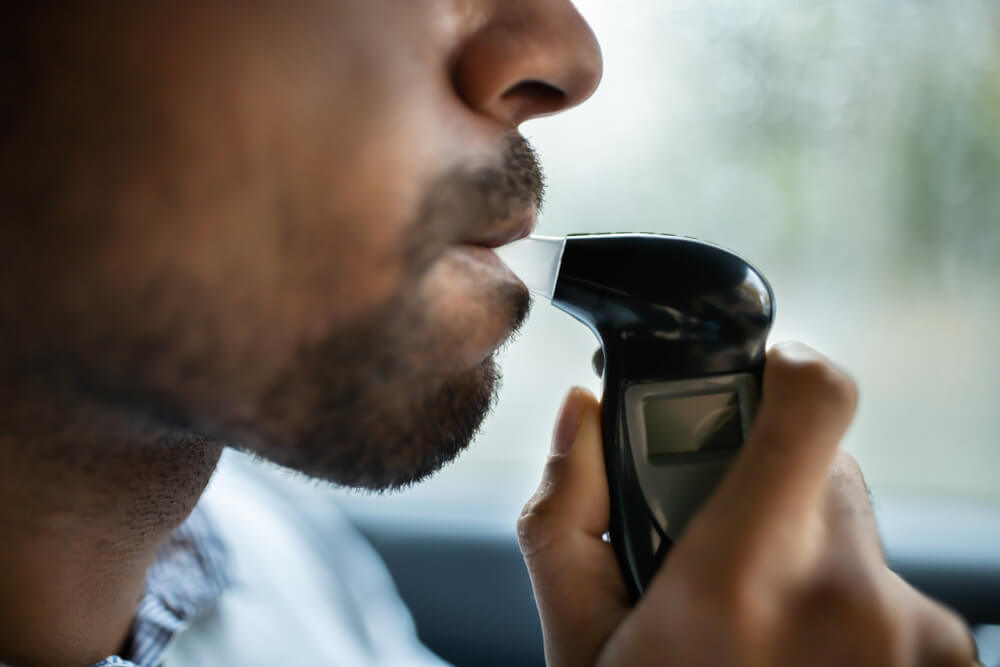 For the longest time, cannabis operated somewhat under the radar regarding how to determine if someone had smoked it recently, but this may soon change with the introduction of a new dank detecting device, the weed breathalyzer.

Before such technology was even a thought, the only way to determine somewhat if someone had recently smoked weed was to rely on perception alone. Today, cannabis technology has progressed far beyond that and borne much fruit, from sinsemilla cannabis, to concentrates, all the way to the recently developed marijuana breathalyzer.

As marijuana legalization becomes more and more prominent in the United States, Canada and other countries across the world, it has become harder and harder to police responsible use of cannabis, especially since anyone that’s the legal age or over can get their hands on it in legalized regions.

Coupled with the fact that law enforcement personnel and employers did not have any advanced tools to help ease the process, things could quickly get out of control.

Fast forward to the spring of 2021, and we’re beginning to see the imminent roll-out of a potentially groundbreaking gadget. If you haven’t guessed it by now – because we’ve been ever so subtle – we’re talking about the marijuana breathalyzer.

So, what exactly is a weed breathalyzer? Does it work the same as an alcohol breathalyzer? Could this be the new standard for law enforcement? What does this mean for you?

To find out more, keep on reading!

What is a Weed Breathalyzer & How Does it Work?

A weed breathalyzer is a recently developed device that has undergone years of research and testing. Essentially, it’s a device that can detect whether or not a person is impaired and if they have THC in their blood through the use of breath tests, much like an alcohol breathalyzer.

According to a research team at the University of Pittsburgh, one of the main methods of detecting marijuana impairment is through the presence of THC in a person’s breath. If you are unaware of what THC is, it is the main psychoactive ingredient in marijuana. It is one of the key components in producing the signature ‘high’ feeling associated with weed.

One of the leading scientists at the university, professor of chemistry Alexander Star, collaborated with Ervin Sejdic, an electronics and computer engineering professor at the university, to develop an early prototype of the device back in 2016. Right when the first wave of marijuana legalization hit the United States.

Their prototype utilized carbon nanotubes about 1/100,000th the size of a human hair. The THC molecules in their prototype would cling to the surface of the carbon nanotubes, allowing them to detect THC in the breath even in the presence of alcohol or other compounds that could potentially meddle with the outcome.

Once the THC molecules were bound to the carbon nanotubes, they would alter their electrical properties, signaling the detection of THC in the system.

Unlike traditional urine tests, this new THC breathalyzer can accurately detect THC in the person’s breath, letting the person who is doing the testing know if the person being tested has recently consumed cannabis.

On the other hand, a urine test would only be able to detect whether or not THC was in the blood of a person who had previously used cannabis. The problem with the urine test is that THC can remain in the system for weeks before being completely flushed out, making it unsuitable for on-the-spot testing.

In other words, someone can have THC in their system for a prolonged period of time, but this doesn’t mean that they are experiencing the effects of cannabis at the moment of testing.

Does a Weed Breathalyzer Work With Cannabis Edibles?

The short answer is no.

The THC breathalyzer is currently designed to detect THC in the breath of people who have recently smoked or vaped cannabis. Edibles will require a different type of test altogether since the body processes and metabolizes them differently and converts the THC into 11-Hydroxy-THC.

Additionally, 11-Hydroxy-THC interacts with the body’s endocannabinoid system differently than standard THC, which is part of the reason why a different type of test would be necessary.

Is a Weed Breathalyzer Effective?

As it currently stands, a weed breathalyzer is an excellent way for law enforcement personnel and employers to detect marijuana impairment at a moment’s notice accurately. As legalization becomes more widespread, there is a risk of marijuana impairment becoming more commonplace in areas in which it should not.

That said, weed breathalyzers focus more on timing than anything else. According to a press release issued by the Swanson School of Engineering at the University of Pittsburgh:

“Nanotechnology sensors can detect THC at levels comparable to or better than mass spectrometry, which is considered the gold standard for THC detection.” Basically, this means that they are not only effective, but top in their class.

That said, there are some questions that researchers still need to answer to use these devices effectively.

For instance, there is no one universal reference point for the acceptable threshold for marijuana. So, in other words, there is no agreement surrounding what the legal limit for recreational marijuana should be.

For example, the legal limit for blood-alcohol content is 0.08. This level is a generally accepted and regulated rule.

That said, while some regions, including Canada, have established levels for THC impairment in the context of impaired driving, others, such as the United States, do not have a consensus of what this level would be.

What are the Signs of Marijuana Impairment? 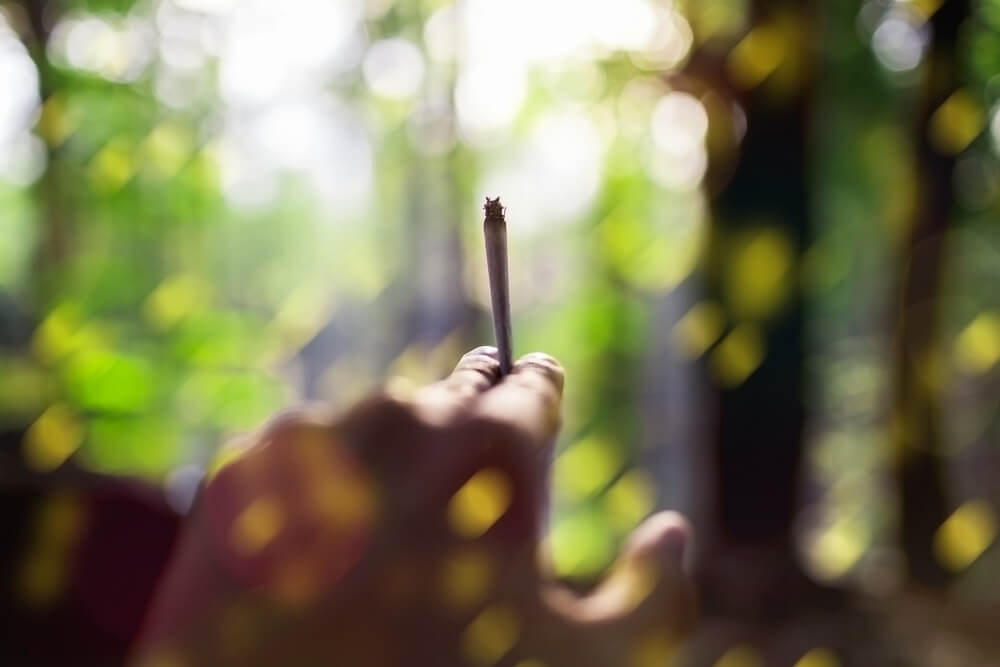 If marijuana is something new to you, it’s best to plan out and time your smoke seshes because weed may affect other responsibilities or duties you may have. At any rate, there are a few key indicators to look out for if you are concerned with whether or not you have marijuana impairment.

While these symptoms do not necessarily dictate how high you are or where you fall on the high scale, they are good markers for a weed breathalyzer to indicate that you’re under the influence.

The most common side effect of smoking or vaping marijuana is the annoying cottonmouth. Unsurprisingly, this feeling is described as having an extremely dry mouth or throat that can cause mild to moderate irritation depending on how much weed you’ve smoked.

Generally speaking, the more cannabis consumed, the more extreme the case of cottonmouth will be.

Along with cottonmouth, marijuana can also amplify the detail in anything auditory-related. In simpler terms, you’ll most likely be able to hear things with a greater degree of detail, including music, voices, or even distant sounds.

Cannabis use also tends to enhance things visually as well. Expect to witness brighter, more vibrant colours and lights as well as a higher contrast.

It might seem as though the lens of your sight has a filter on it.

Heavy cannabis use is associated with feelings of dizziness and disorientation.

It is best to remain seated at this level of impairment or lay down to prevent the disorientation from becoming worse.

At extremely high levels of cannabis use comes nausea. Many of us in the cannabis community will refer to this as green out as it usually ends in vomiting or the person simply passing out.

This stage is usually considered the highest level of impairment and can be an incredibly uncomfortable situation. Avoid at all costs. If you do reach this point of no return, you can rest assured that there have been no recorded cases of death from a cannabis overdose.

All the same, a green out is still super unpleasant. So, if you feel like things have gone a little bit too far, stop smoking and try some of our tips for how to sober up from weed to try to rectify the ragged reefer situation and get back on the right track to sobering up.

With a new type of cannabis detection gadget on the horizon, the cannabis world may receive a shake up, and we don’t mean shake weed!

The evidence surrounding the efficacy of a weed breathalyzer is promising. Ultimately, this technology could do a lot of good when it comes to detecting impairment, particularly in the instance of driving under the influence, and help law enforcement keep the roads, pedestrians and all drivers safe.

That said, there are still a few questions left to answer before officers can use a weed breathalyzer to its full potential, including an agreed upon legal limit for marijuana impairment that is the same to enforce across the board.

It’s only a matter of time before this happens. So, whether you’re a casual toker or frequent smoker, be sure to know the signs of marijuana impairment and how to sober up to avoid suffering from the treacherous green out or other unsavoury situations.