Have you ever experienced cottonmouth while smoking or vaping?

You take a puff from the joint, and then another fat drag, then suddenly you feel the euphoria slowly creeping in like a rising tide, but it’s getting harder and harder for you to swallow.

A few hits later, and soon enough, the inside of your mouth is feeling like it adopted the climate of the Sahara Desert, making it nearly impossible to swallow. In the world of cannabis, we know this as cottonmouth – AKA not a good time.

Whether you use cannabis for medical or recreational purposes, you are a potential victim of cottonmouth. This weird side-effect of smoking cannabis affects nearly every user and is a not-so-pleasant experience we would all rather be without.

Luckily for us, the legalization of cannabis has given researchers a chance to look at this particular side effect and analyze how and why it happens when we smoke weed.

To find out what cottonmouth is, and why it happens, keep on reading. We’ll throw in a few tips on how to deal with it as well!

Cottonmouth is commonly known as dry mouth, the pasties, or in medical terms, xerostomia.

Cottonmouth is described by the American Dental Association (ADA) as an issue with saliva production in the mouth’s submandibular glands.

According to the association, the cause of cottonmouth or Xerostomia could result from behavior and habit, medication, or sometimes it could be an indicator of other underlying medical conditions but if you’re smoking weed, chances are it’s caused by the Devil’s Lettuce and not something you should worry about medically.

When the salivary glands reduce their production, we are left a dryness that can be quite unpleasant and cause pain and irritation in the mouth and throat. Saliva also plays a crucial role in the mouth, helping us not only keep it well hydrated but also regulating pH levels and protecting the teeth from harmful bacteria.

Here is a list of potential symptoms you may come across to determine whether you have cottonmouth: 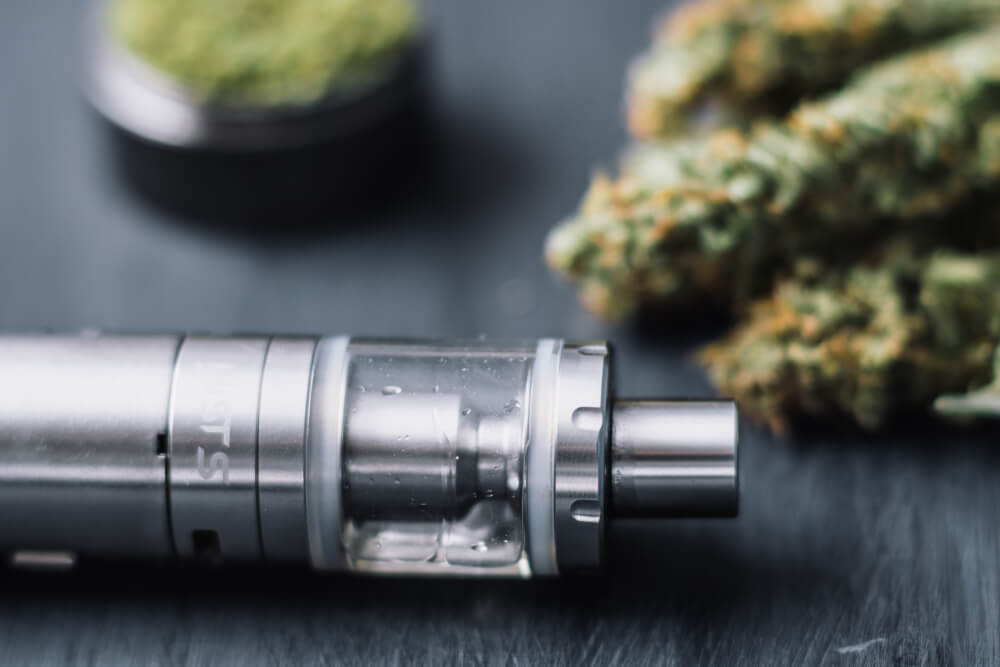 When we inhale or consume cannabis, the cannabinoid in the plant interacts with our Endocannabinoid System receptors. These receptors allow us to interact with cannabis and bind to the cannabinoids in it so they can produce their effects.

That being said, our bodies are loaded with these receptors, housing them in the skin, brain, nervous system, and various other places.

The Endocannabinoid System itself is critical to how humans modulate different degrees of pleasure. It is the primary homeostatic regulatory system of the body and plays a role in regulating various functions like appetite, stress, mood, memory, and even our immune response.

Recently, researchers have been able to take a closer look at the cottonmouth cannabis causes and have discovered that the THC in cannabis could be responsible for the parched discomfort we all experience.

One of the main reasons we tend to experience cottonmouth with weed is that the THC in cannabis is somewhat similar to another compound called Anandamide.

This neurotransmitter allows the brain to send impulses to different areas of the body. So when cannabis is consumed, and the THC binds to our receptors in the submandibular glands and actually blocks these impulses to create saliva, it results in less water flowing through the area.

How to Treat Dry Mouth From Weed

Now that we are done with scientific stuff and know how cannabis produces cottonmouth let’s discuss how we can treat the dry mouth from weed.

Here a few tips and tricks to ease the discomfort of cottonmouth. 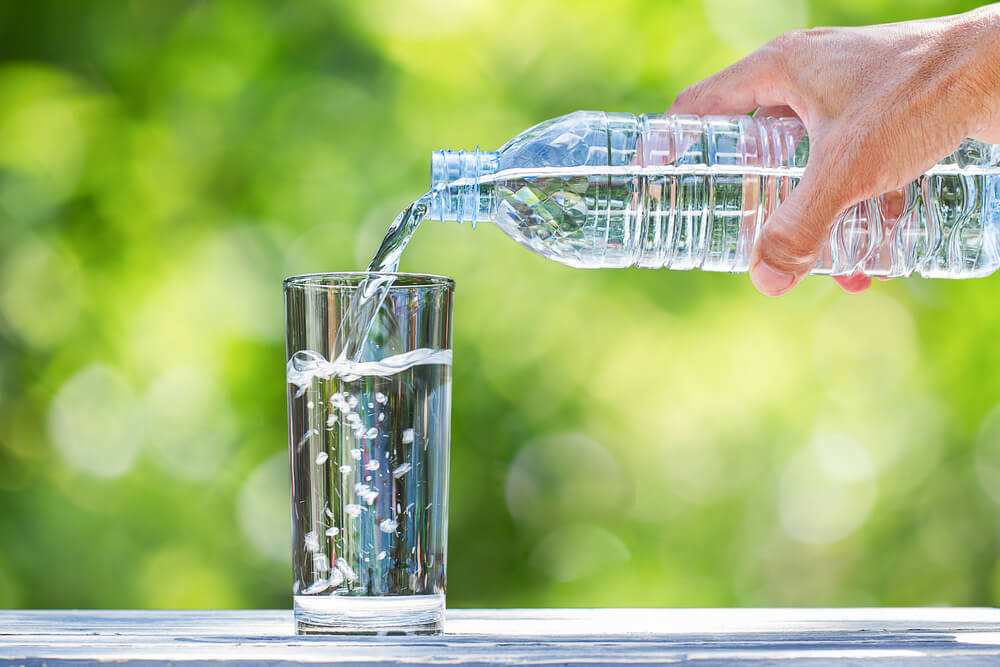 If you regularly enjoy cannabis, be sure to include some water in your sessions as it will give you some quick relief when the cottonmouth strikes. Sipping on water and staying well hydrated is also a good habit to keep, especially when smoking.

We recommend keeping a few bottles of water wherever you smoke for convenience. You can also add some lemon to the water to enhance the flavor if you don’t like the water on its own.

This will eventually help you to drink more. Not only that, but lemon water is also a great source of vitamin C, and it helps prevent the buildup of toxins.

Herbal teas like ginger tea can easily be stepped in some hot water for a soothing effect. In addition to this, you can add some honey to the water to boast the soothing effects.

Herbal teas are some of the healthiest things you can drink. Packed with antioxidants and vitamins, they can not only provide hydration but also protect against stress and reduce inflammation. 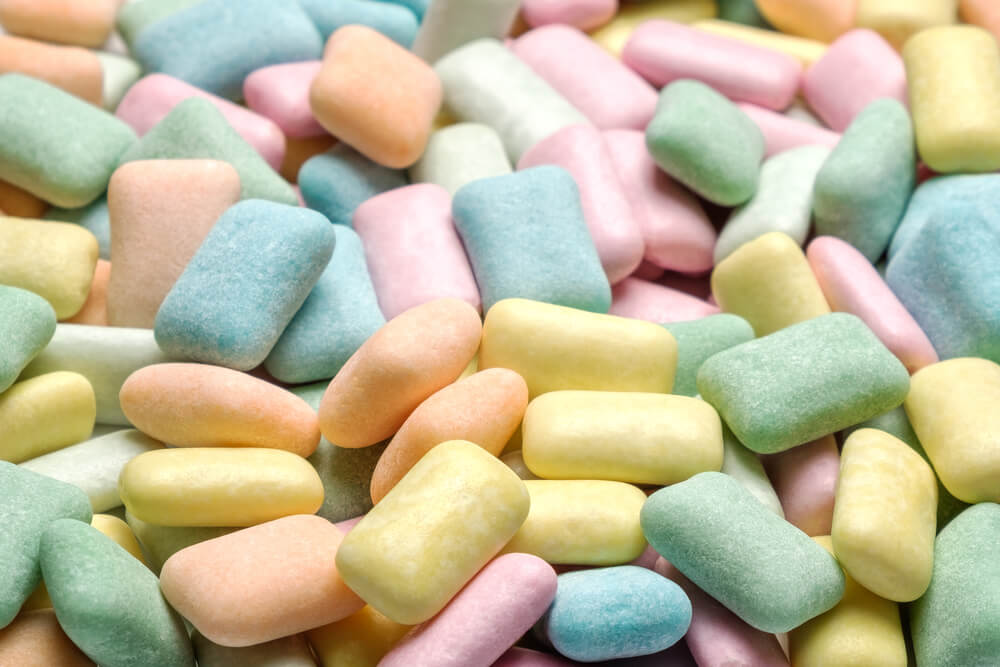 Chewing on something with texture can help provide stimuli to promote saliva production by a large amount. Rather than chewing standard gum, look for Xylitol Gum, which is devoid of sugar, another dehydrating substance.

Alternatively, you can also chew jerky or dried fruit if you don’t have any gum available. Although, try to avoid salty foods since they are also known for their dehydration effects.

Cough drops or demulcents are specifically designed to cover the throat and mouth inside with a protective film to alleviate mild pain and irritation.

They can help reduce the inflammation and pain associated with smoking marijuana. Take them with you for your next smoking session to help you reduce the irritation from smoking weed.

Caffeinated beverages like black tea, green tea, and coffee are all diuretics that will flush water out of the body. When experiencing cottonmouth, it’s important to maintain consistent water levels and hydration to avoid additional pain and irritation.

That said, alcohol should be avoided as well since it will also flush water out of the system. Consuming alcohol can cause headaches, fatigue and dizziness, which are all common signs of dehydration. So be sure to drink it to avoid all of these symptoms.

As we discussed, THC in cannabis is responsible for the cottonmouth we all experience. Because of the similarity of anandamide and THC, it is believed that THC binds to receptors CB1 and CB2 and blocks the impulses to create saliva, which results in less water in our mouths.

That said, you can try to use CBD instead of THC. For many people who rely on cannabis, avoiding THC altogether could be unfeasible, so CBD might be an option worth considering.

We know that THC is far more likely to cause dry mouth compared to CBD. However, more research is needed to prove if CBD on its own causes dry mouth.

If you enjoy smoking your weed, you will have to come across cottonmouth one way or another.

We hope these tips above were able to give an extra edge to combat the dryness. We recommend you include some water in your smoking routine just in case the cottonmouth creeps in.

And if drinking water seems too boring, you can always rely on some sugar-free gums or herbal tea to reduce any cottonmouth discomfort.