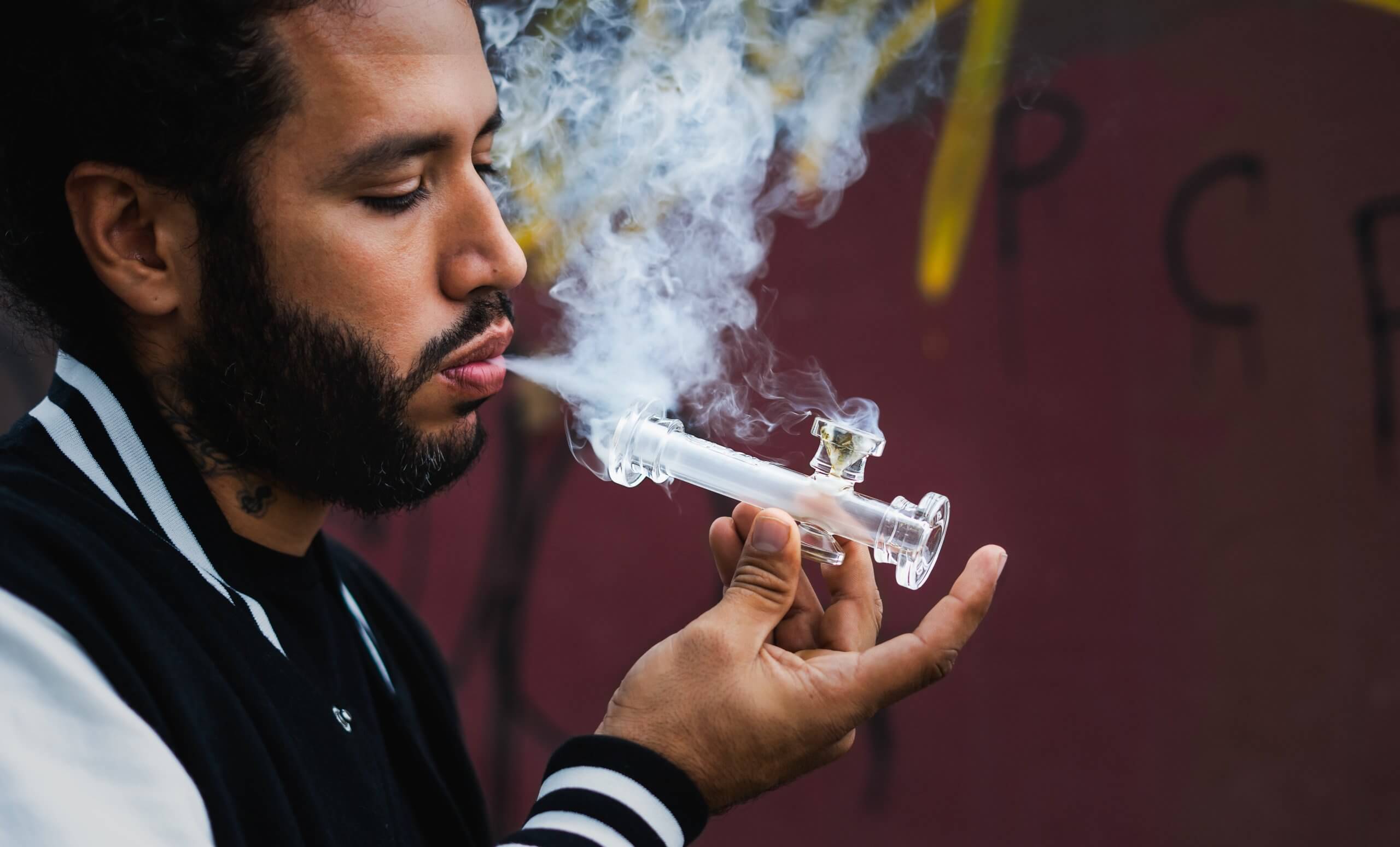 We’ve all heard our friends describe their high on a high scale of 1-10, but is there genuinely a standardized way of knowing how high you or your friends are?

If there wasn’t before, there is now!

Introducing the high scale, the first-of-its-kind measurement tool for determining just how high you are! Now, when your friends tell you that they’re ‘baked’ or about to ‘green out,’ you’ll know exactly what they mean! Because let’s face it, if weed strain names are any indication, it’s hard to understand potheads on a good day.

With all that said, let’s get into our definitions for each level of the high scale. Follow along and see if you can spot how high you’ve gotten before!

This first step needs no introduction. You’re sober. You haven’t smoked yet, and you’re either about to smoke or planning on smoking soon. You’ve got your smoking supplies and stash box ready to go and your Cannabismo flower on deck ready to blaze up.

If we were to compare being Level 1 to alcohol, it’d be getting just a sniff of liquor. Level 1 is where you’ll be if you accidentally catch a whiff of that good’ good’ while you’re out and about. You might feel a little bit of something there, but chances are it’s minimal. Chalk this high scale ranking to being on par with sober.

Okay, so you’ve taken a puff or two out of a joint. You know you should feel high, but you’re not sure whether or not you’re actually feeling something or not. You might feel a bit of a head rush or some sensation in your body, but they’re very fleeting. Is it real? Or just a placebo? Only one way to find out  – keep hitting that joint! 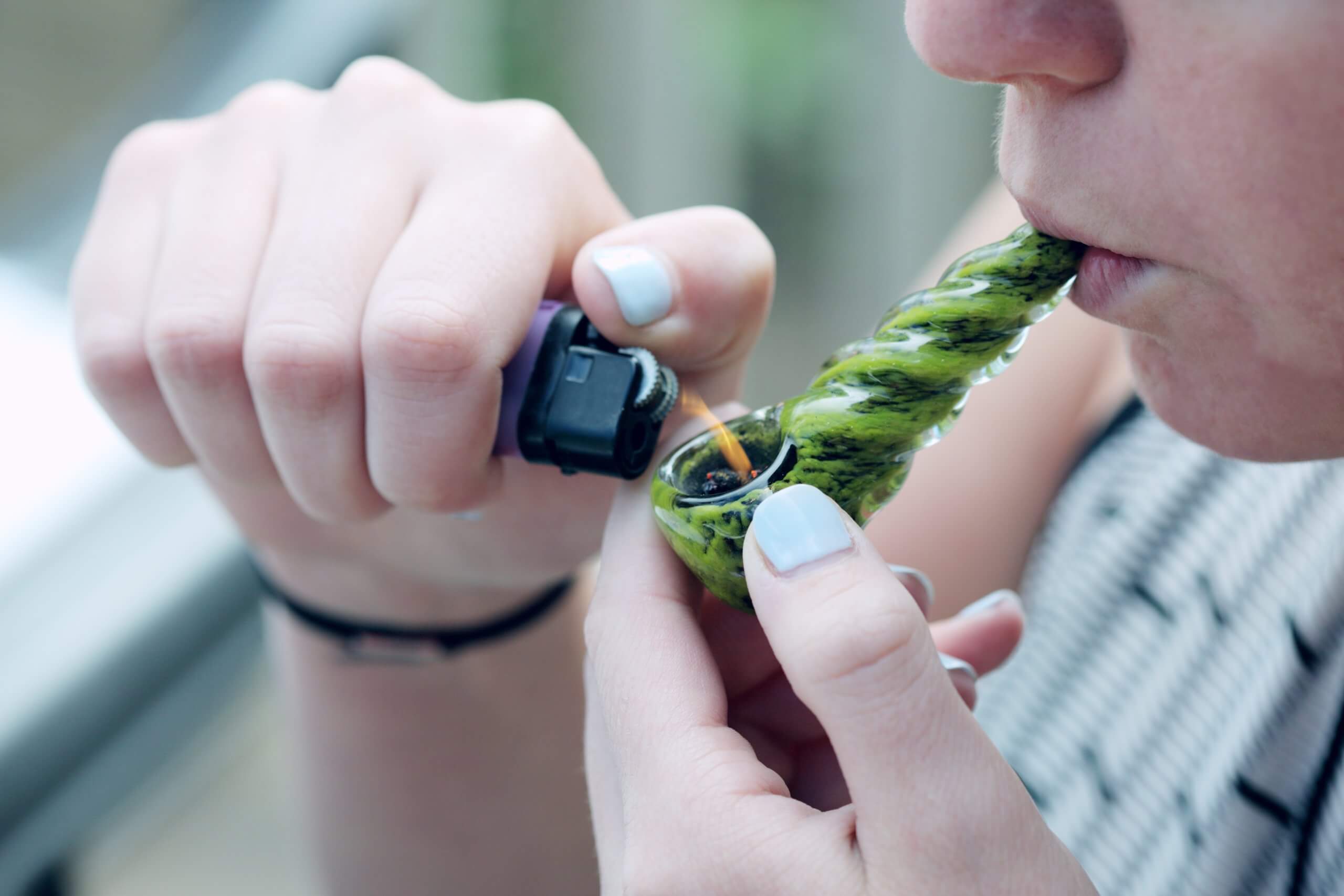 At this point, you’ve been in the rotation for a few rounds and had your fair share of puff-puff-passes. You’ve shared your stories and heard others share theirs. The good times are flowing so well that you’re not sure if it’s just good company or your high self enjoying the atmosphere.

Either way, your dank levels are creeping, and the effects are beginning to consolidate and climb. You’re high, but only at the bare minimum threshold for feeling the effects. The experience might continue to escalate, so be careful how much you continue to smoke! Some strains are creepers and will sneak up on you without even knowing.

If a step 3 is all you need to enjoy yourself, it might be a good idea to sit out of next round’s rotation! This is a good stopping point for beginners. Experienced potheads can keep on truckin’!

There’s no beating around the bush with this step – you’re definitely high. Red eyes, cottonmouth and a wide grin, you’ve got the whole package!

If you’ve smoked a sativa, you’re prepared to bust out some chores, start tidying up your place and start getting $h!t done! If you’ve smoked an indica, well, you might just be feeling like you’re done! Whatever the case may be, you’ve reached the perfect level of highness. It’s time to enjoy the experience regardless of what that entails!

You might think it’s odd that we’ve already reached the ‘high’ stage even though we’re only at a 4. The reason for this is because technically, step 10 on the stairs of dankness technically doesn’t count. Keep reading to find out why!

Once you hit this stage, it’s a good idea to stop driving, refrain from operating heavy machinery and put down the power tools. You might think it’s excessive, but there’s nothing worse than an irresponsible stoner.

Anything past step 4 is hard to describe, and you’ll likely understand just what we mean once you get here.

When you’re stoned, things start to make just a little bit less sense. You’ll catch yourself laughing at random things and wonder why they’re so funny in the first place. You’ll feel a muscle in your body twitch and think that it’s amazing that there’s even a muscle there in the first place.

You might even zone out and stare at your friend for minutes at a time before you realize and snap out of it. Being stoned is all of these things and more. You’re still in control of your body and its facilities, but, truth be told, your grip is rapidly loosening.

If you want to go higher than this, be sure that you can actually handle it!

A step 6 on the high scale is more of the same but dialled up to 11. Expect bodily sedation to the point where you’re almost unable to move, also known as ‘couch lock’ or a munchies attack that’ll make you clear half of your pantry.

Sociability is out of the window at this point, and depending on what you’ve smoked, you might be ready to debate the geopolitics of the Balkans or start feeling a bit of social anxiety!

Don’t worry. Reaching a step 6 on the high scale doesn’t mean you’ve lost control. You might be feeling a bit out of it, but you’re still more or less conscious of what’s going on. You might have some trouble focusing and remember the topic at hand, but you’re still there!

For intermediate tokers, this high scale step is about as high as you want to go. Anything higher than this, and you’re playing with fire. 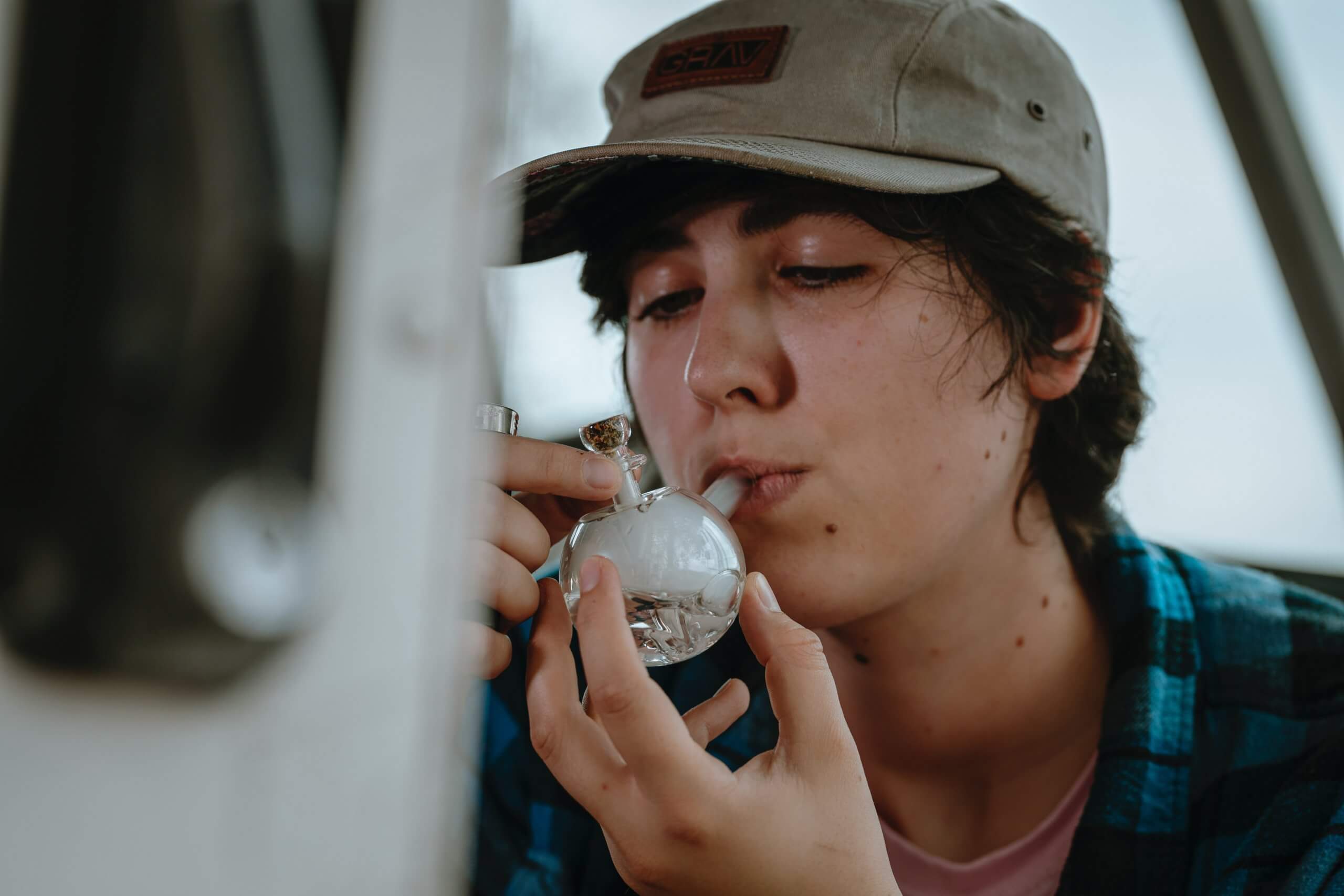 If you haven’t already passed out, you might feel like you’re about to! If you’ve smoked a sativa strain, you’re either going to be bursting with happiness and connectedness or feel like you’re ready to take on the world. Smoked an indica? You’re probably feeling like you’re going to sink into your feet!

This deep into the high scale is where things start to get a bit zany. If you’ve smoked a potent indica such as Afghan Kush, you and the homies might just be all sitting around doing and talking about nothing.

Smoke something uppity like Super Lemon Haze? Be prepared to have the most philosophical talk of your life. Whether or not you remember it is another thing entirely!

To quote the trap lord Travis Scott himself, “it’s lit!” You’re in Sicko Mode, and you don’t want to let out any of that Antidote.

Okay, that’s enough Travvie references from us, but our point stands. This deep into the high scale, and it’s challenging to distinguish fact from fiction. Have you ever smoked a strain so potent that it made you lose your grip on reality? Yeah, that’s where you’re at at this level.

While weed isn’t psychedelic like magic mushrooms, some of the effects that it causes can make you feel like you’re seriously trippin’. Some strains such as Comatose, Death Bubba and Chemo are so potent with their THC content that it really can mess up your day. Strains like these are incredibly powerful and are usually used for medicinal purposes.

UBC Chemo, in particular, was originally developed for use by cancer patients undergoing chemotherapy.

With all that said, it’s lit at step 8. This level is a great stage for a party, but if you’re smoking by yourself, maybe it’s time to pack it up instead of burning another one down.

This stage is the highest you can get while still being able to somewhat enjoy yourself. To reach a level 9, you either have to have little to no tolerance at all, you took another dose of an edible instead of waiting for the effects to kick in, or you’ve just hit a serious dab.

A level 9 on the high scale isn’t really all that enjoyable. Indica smokers will have already passed out and sativa smokers might start dizzy, anxious, or both.

Smoking is just like drinking. Instead of getting as high or as drunk as possible, what you really want is to hit that sweet spot where everything is just gravy. If you can recall, that was back at step 4. Step 9 is where you go when you’ve had an extremely bad day and just want to escape for a while.

If that’s the case for you then hey, no judgement. We’ve all been there. Just don’t make it a habit or you could be in for some serious tolerance and potential addiction challenges! 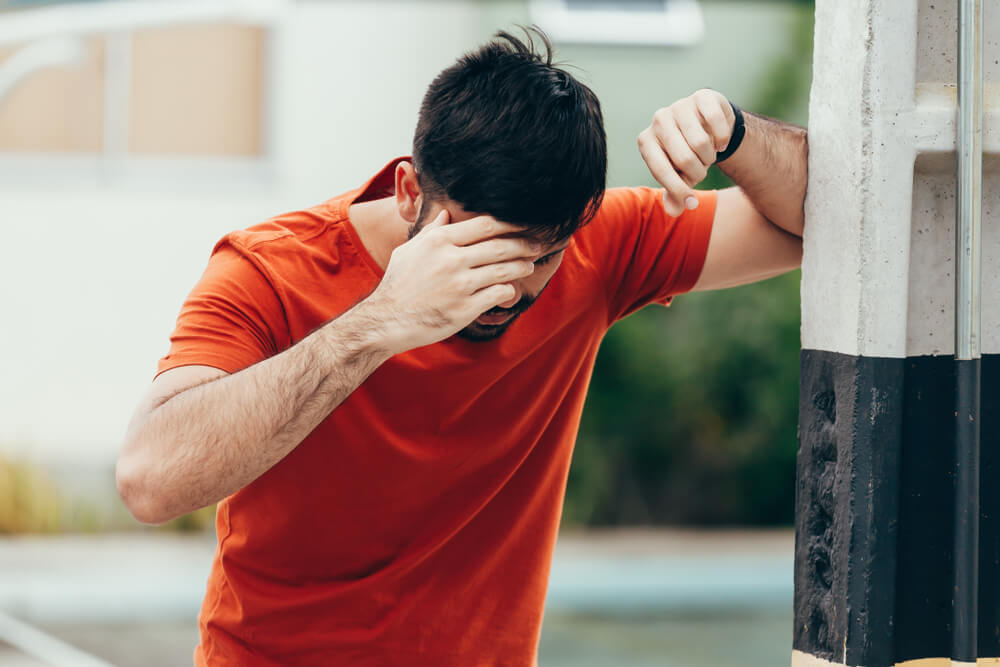 A green out is the last thing you want to go through when you’re enjoying cannabis. Greening out during a sesh means that you’ve smoked too much. Whether you took too many bong hits, bit off more than you can chew from an edible or just unaware of your tolerance, you’ve reached a point where it’s just not fun to be high.

Panic attacks, nausea, and feelings of impending doom are going to replace euphoria, connectedness and sociability. When you’re greening out, you’re going to feel like you’re going to die. Your heart is going to race and your body might become numb.

While things might feel forlorn, you can rest assured at the fact that it’s physically impossible to overdose on THC. You don’t need to go to the hospital. You need some water, a quiet place, and a good nap!

Remember how we said step 10 technically doesn’t count on the high scale? This is why. A green out isn’t enjoyable but it is a part of the high scale nonetheless. We pray that you never suffer one yourself!

If you do, we have a handy guide on how you can deal with one. Check out our green out survival guide to learn how you can overcome it!

How High Have You Gotten on the High Scale?

Where do you stop on the high scale? Are you a one-and-done kind of toker or do you prefer to get a little well-done on your seshes?

However you choose to enjoy your good’ good,’ we hope you enjoy responsibly and don’t smoke more than you can handle!

The next time you’re indulging in a solo or group sesh, be sure to use this guide as a point of reference to ensure that you or your friends don’t take things too far to the point where no one is having a good time. After all, weed is meant to be pleasurable and fun!