Sinsemilla – What Sets it Apart from Regular Weed? 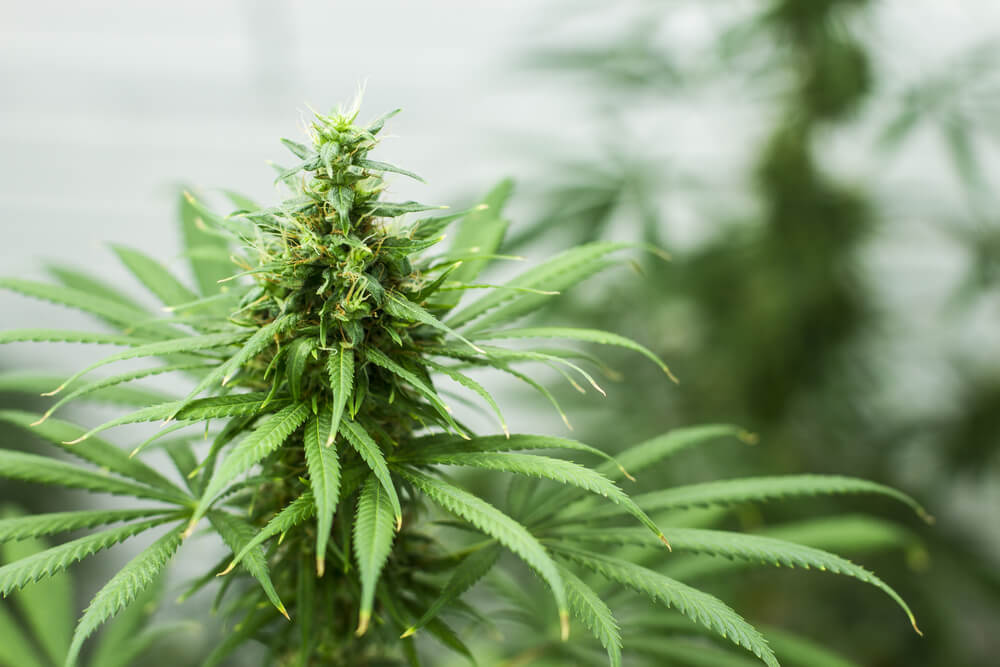 If you consider yourself a cannabis enthusiast and love all things weed, then chances are you’ve heard the term sinsemilla slung around a few times. Or maybe you’re a bit hazy on the actual term itself.

Whatever the case may be, it’s always a good idea to expand your knowledge of cannabis terminology so that when people ask you about things like sinsemilla, you’ll be like a human weed-Google.

Some swear that sinsemilla is a highly potent variant of cannabis. Others claim that it consists of specific strains selectively bred from Amsterdam and Mexico.

So, which one is it? What does the term sinsemilla actually mean, anyway? If you’re interested in finding out more about sinsemilla, then read on.

What Exactly is Sinsemilla, Anyway?

Sinsemilla is essentially just seedless cannabis. The term sinsemilla means “without seeds” and comes from the Spanish words “sin” (without) and “semilla” (seed).

While this might go against any preconceived notions that you already had of sinsemilla, make no mistake about it. The people who claim sinsemilla is a primo highly potent type of weed are not wrong. In fact, the seedless nature of sinsemilla weed is what gives it its distinctive smoothness and high potency.

Are you still confused? No worries! We’ll explain more below.

What do Seeds Have to do With Potency?

People might be familiar with sinsemilla, but it isn’t always because the buds are seedless. Instead, people recognize sinsemilla for its extreme potency and highly resinous flowers. So, what does being seedless have to do with the actual potency of the weed?

Before we dig in, let’s cover some of the basics of cannabis biology. If you didn’t already know, the cannabis plant is a dioecious species. This term is just a fancy way of saying that both male and female parts are necessary for pollination.

In other words, when a mommy and daddy cannabis plant love each other very much…You know the rest!

That said, it’s the female cannabis plants we’re more interested in since they’re the ones that produce the flowers or buds we refer to as cannabis. On the other hand, the male plants are great for making hemp and other uses, but not exactly for the production of sinsemilla or the weed we’re more familiar with consuming.

The interesting thing about the cannabis plant is that when the female plants get fertilized by the male plants, the growth of their buds begins to slow down, and they instead start to produce seeds in their flowers.

Now, this isn’t so great for smoking because having seeds in the bud tends to bring a lot of roughness to the throat. In other words, it’ll make you cough like hell, and it’ll be a rough smoking experience. One that you would probably want to avoid.

Since male plants tend to fertilize female plants when they’re grown close to each other, growers came up with the ingenious idea of exclusively growing female cannabis plants and keeping them away from the male ones. In this way, the seed growing process wouldn’t start at all.

This method worked out pretty well for these growers. As it turns out, this type of selective breeding allowed female plants to continue growing their buds. Not only were they larger, but also a hell of a lot stronger as well.

In the 1990s, cultivators created feminized cannabis seeds, which even further bolstered this growing technique.

Today, cannabis cultivators have widely adopted the sinsemilla growing techniques. They’ve even further refined them to give us the ultra-potent modern weed we get to enjoy today.

Many cannabis cultivators are even beginning to adopt hydroponic techniques and indoor cultivation as they seem to create strains that are even more potent than if they were to grow in regular soil.

Can Any Strain be Considered Sinsemilla?

Yes, any strain has the eligibility to be classified as sinsemilla.

As long as it is seedless, of high potency, and was correctly grown using selective breeding techniques, it is a sinsemilla plant.

Can You Smoke Sinsemilla Cannabis? 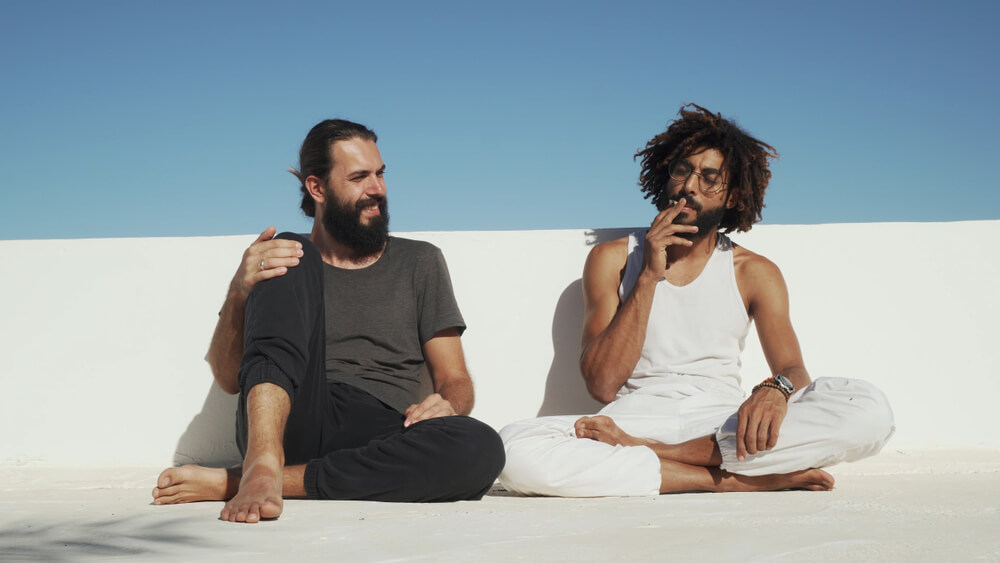 Absolutely! In fact, seedless sinsemilla cannabis provides a smooth, luxurious smoking experience that is miles ahead of regular old weed.

The seedless variant of marijuana is renowned for its buttery smooth smoke and high potency. On top of smoking sinsemilla, you can also vaporize it as long as your herb vape accepts dry flower. If you’re going to enjoy any weed at all, it’s probably best if it’s sinsemilla.

Sinsemilla & The Weed of Today

Back in the day when high potency cannabis was rare, sinsemilla was the golden breed that growers strived to create and consumers aimed to obtain. Thanks to its widespread adoption, the cannabis of today have taken a completely different path.

With a solid foundation of potent weed, cannabis cultivators have a bit more wiggle room to get creative with their female cannabis plants. Instead of high potency weed being the main event, exotic flavours and aromas are all the craze.

Cannabis cultivators can literally engineer their plants to have different terpene mixes, allowing them to create a wide variety of different tasting and smelling hybrid strains not seen before.

Where to Get Sinsemilla Cannabis

Sinsemilla cannabis was once a rare breed that only a handful of people got to try. Since the 1990s, with the discovery of feminized cannabis seeds, seedless cannabis has become the standard in most places where weed is legal.

If you swing by your local dispensary or online marijuana store, chances are, the high-quality stuff is sinsemilla. If you’re at a dispensary and are having a hard time spotting sinsemilla buds, just ask the budtender. They should be able to give you a helping hand. 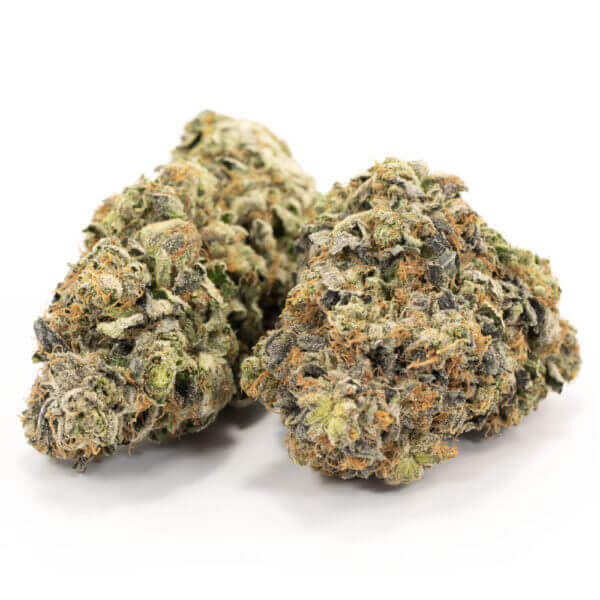 If you’re interested in testing out a new strain or going with a tried and true variety, check out our extensive catalogue of cannabis flower on the Cannabismo website!

Thanks to the hard work of many cannabis cultivators, we have the luxury of high potency cannabis at the tip of our fingers whenever we want it. While sinsemilla cannabis was once considered a needle in a haystack kind of weed, it has since become the norm.

For those of us who have entered the game of cannabis in recent years, it can be hard to envision any other type of weed, let alone one that is half the potency.

That said, the rapid spread of sinsemilla weed is a blessing we should all be thankful for because it opened countless doors for cannabis growers and cultivators to experiment and develop revolutionary hybrids that otherwise would not have been possible.

What is Cannabichromene and Why is it the Next Miracle Cannabinoid?