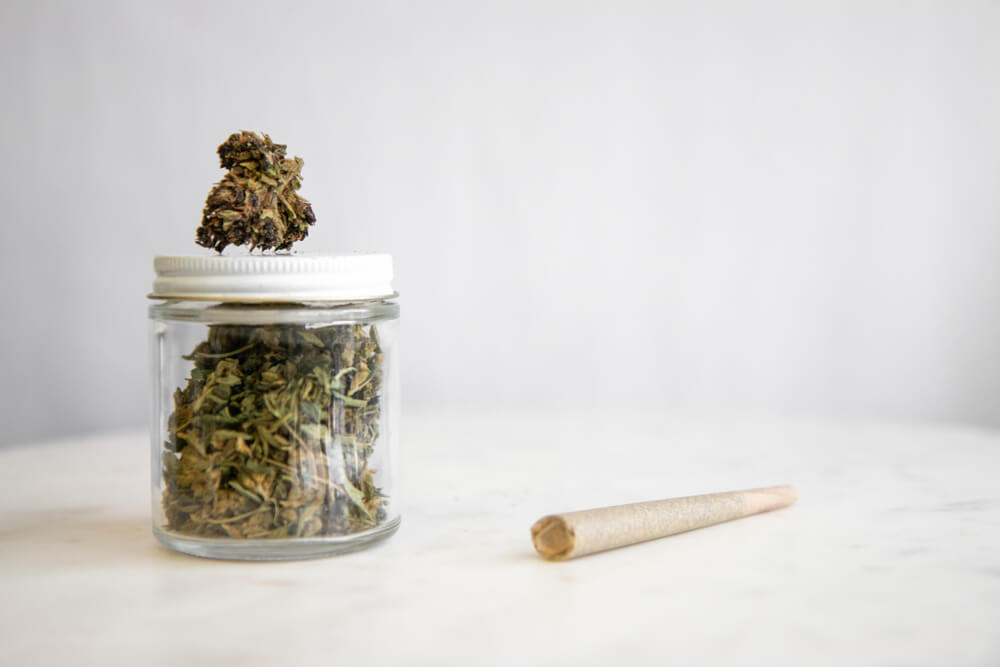 Whenever we think of leftovers, we typically think of something undesirable or old, but shake weed doesn’t necessarily need to be viewed in such a negative light.

Unfortunately, these views on weed leftovers are intensified when it comes to weed.

If you’re curious, no, we aren’t talking about a weed milkshake. Instead, the term shake weed refers to the loose leaf shake that falls from the cannabis plant.

But is this view genuinely the case with shake weed?

To help you better understand what shake weed actually is, we’re going to be covering all the details by taking a look through a unique lens as opposed to common beliefs.

If you’re interested in learning more, keep on reading!

What is Shake Weed? 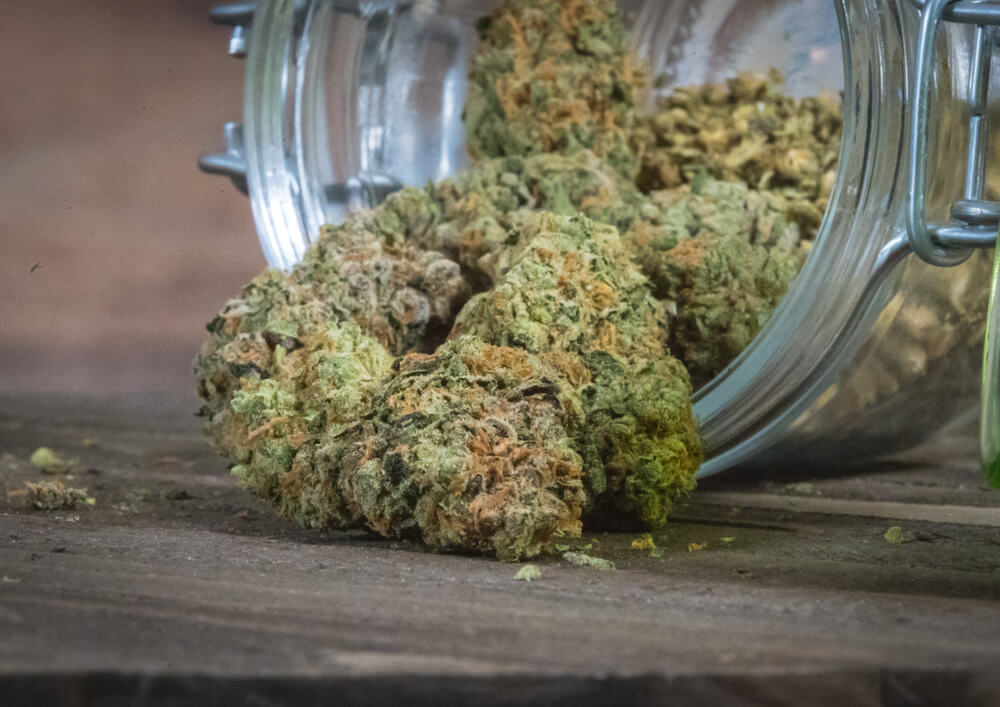 As we touched on above, shake weed, also referred to simply as ‘shake,’ refers to the loose leaves of cannabis that have separated from the central bud through handling and natural abrasion that comes with dealing with weed.

If you’ve ever had a large jar of weed yourself, chances are, you’ve already dealt with shake. They’re the small leaves and bits of bud usually found at the bottom of jars of weed.

What’s unique about shake weed is that it usually is a mixed bag. Shake weed can either be great, terrible or somewhere in between. It really depends on the various strains it came from and how long it has been stored.

Generally speaking, the older the batch of shake, the drier it will be, and in turn, the rougher it will be to smoke. Lower quality harvests of cannabis will further worsen these effects.

By the same token, the fresher the batch of shake, the danker it will be, and in turn, the smoother it will be to smoke. Higher quality harvests of cannabis will further enhance these effects.

The funny thing about shake weed is that most people have a default view that it is inherently lower quality than any other type of cannabis. While this may be true in some cases, it certainly is not in others.

In fact, shake weed is slightly more complex than merely being the weed world’s bad leftovers. 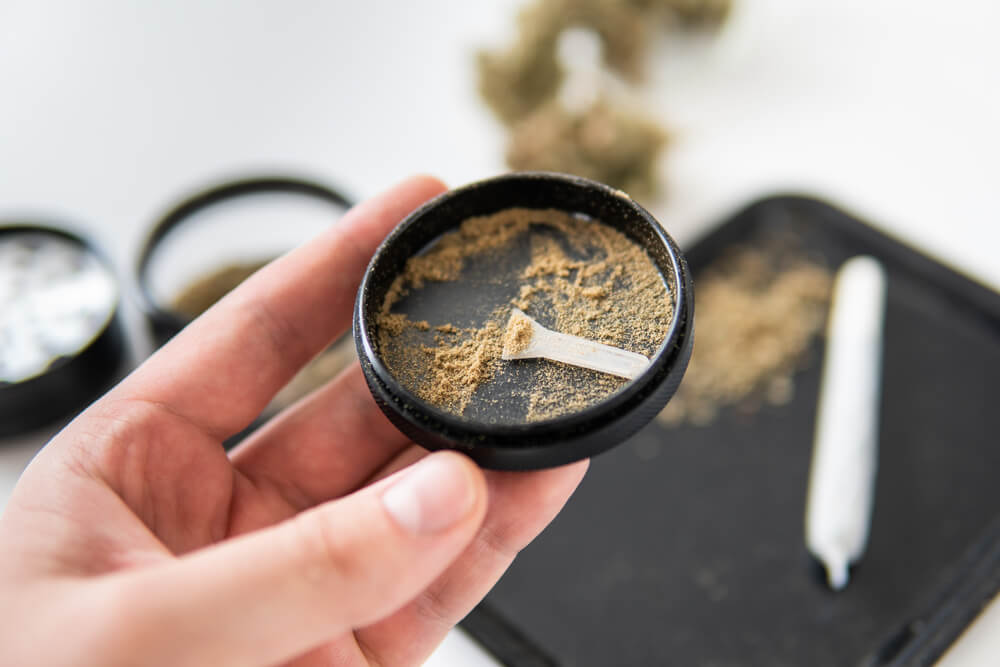 In other words, it isn’t just the shake weed that falls from cannabis buds. Kief also sheds as well.

That said, if the original bud itself is laden in a coating of trichomes, chances are, the shake from that bud would be generously dusted in kief as well, making it even more potent than it already is.

Think of a bag of Cheetos. While the main chips are large and coated in the Cheeto dust, you’re more often likely to find the more flavourful bits at the bottom of the bag.

That’s because a lot of the Cheeto dust that makes up the flavour usually falls to the bottom, allowing the smaller Cheeto crumbs to accumulate a massive amount of flavour.

What are Examples of Shake Weed Uses?

Shake weed is primarily used for a couple of different things.

Dispensaries try to be as resourceful as possible, aiming not to waste any valuable cannabis. Thus, they use shake weed to make a large majority of their pre-rolls.

Not only is this cost-effective for them, but it also reduces the waste that comes from throwing out the weed after all that hard work that went into growing it. 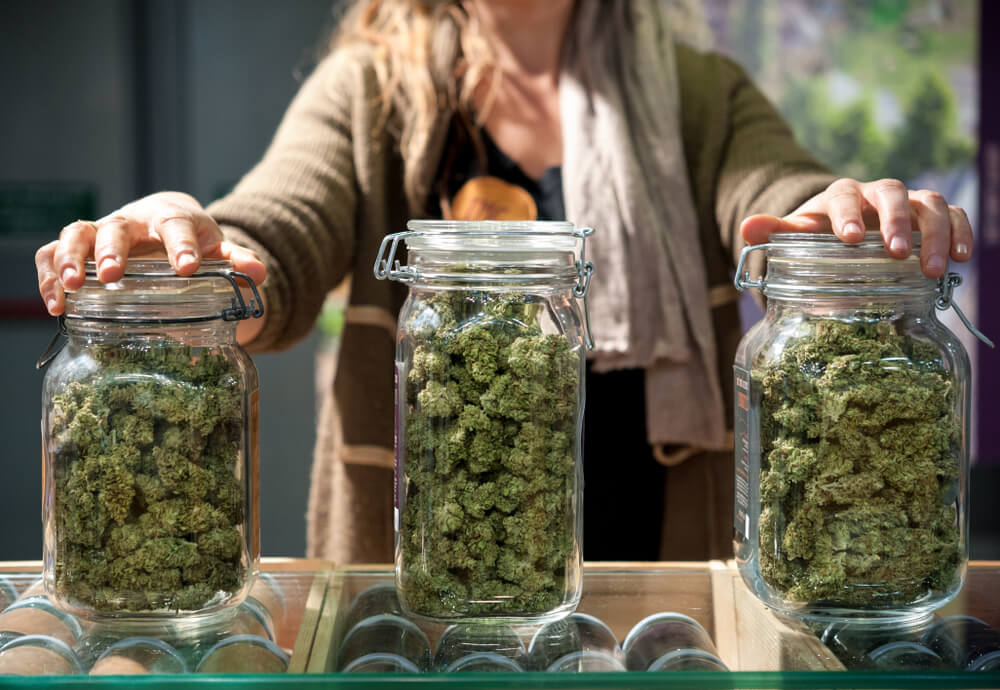 Dispensaries may also collect their shake weed and sell it in large quantities.

Undoubtedly, shake weed is much cheaper than standard full-sized buds. However, shake weed usually isn’t just the leaves of a single strain of cannabis but rather the culmination of multiple different strains.

While it comes at a cheaper cost, it may be harder to determine precisely what you’re getting.

If you aren’t picky about your weed and don’t want to break the bank for your high, shake weed is a great option.

Alternatively, many people use shake to make edibles.

Most notably, shake is a great way to make use of leftover marijuana as it can be used to make cannabutter or infused oils.

As with making any other type of cannabis edibles, once the actual cannabis has been decarboxylated and the cannabinoids extracted, the plant matter is filtered out.

The Pros & Cons Of Shake

To remain entirely objective, there are two sides of the coin when it comes to weed shake. So, we’ll outline the pros and cons of using it below.

These days, most commercial flowers can contain anywhere from 25-30% THC concentration.

Since shake usually isn’t from a single strain and generally stored for longer, it typically has a lower THC content, making for a more mellow buzz.

In fact, some tokers swear by the more chilled-out buzz that weed shake produces. 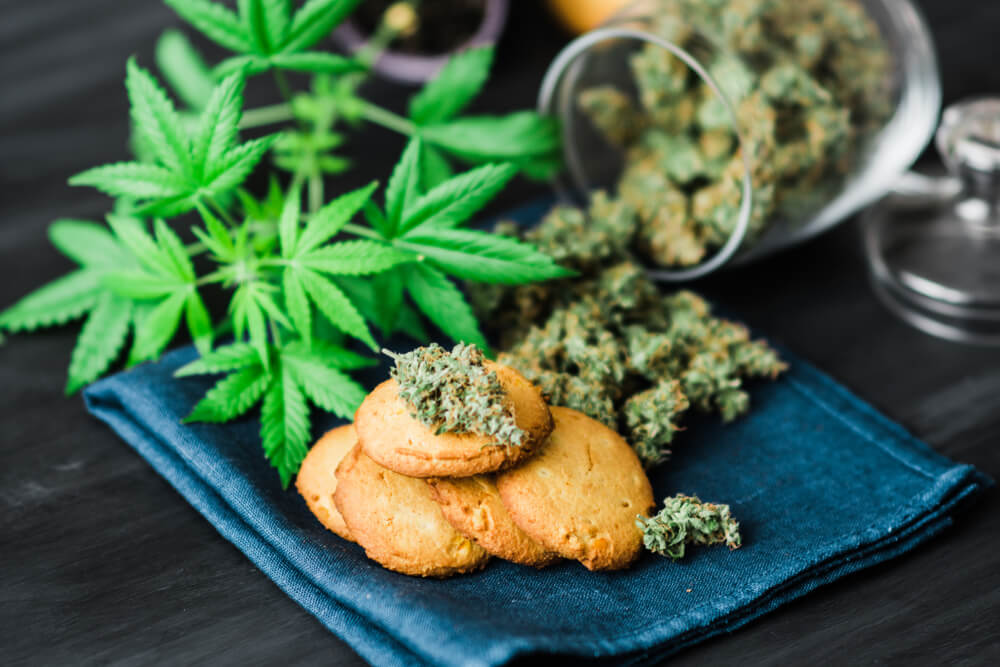 One of the most popular uses for shake is in creating edibles.

Many tokers tend to use shake for this purpose because it doesn’t matter much if you have a few stems in the mix. Once all of the cannabinoids have been extracted from the plant matter, it’s filtered out and discarded anyways.

Using shake in your edibles is a great way to get more bang for your buck.

Cannon Fodder for Your Primo Stash

If you’ve got a friend who’s a moocher or if you’re going to a large gathering where you know everyone will be smoking some dank weed, shake can act as cannon fodder to your premium tier weed.

Rather than sharing the very best of your stash or concentrating it all on a handful of joints, you can use shake to get more volume and create more joints for a cheaper cost.

If you’re concerned that the quality won’t be so great, simply mix it with a higher quality strain to obtain a better balance.

A Mix Of Different Strains

Aside from being viewed as lower quality leftovers, the fact that shake is derived from a variety of different strains is what drives a lot of people away from using it.

It’s this precise variance of potency that can cause many people to either be ecstatic about their shake weed or utterly disappointed by it. If you’re lucky enough to catch a bag of shake that has accumulated a large amount of kief, it’ll be super potent.

However, this isn’t necessarily a good thing for individuals that have increased sensitivity to THC. This unpredictability could lead to some less than savoury situations.

On the flip side, if you’ve got an aged batch of shake, it’ll be less potent, dry, and supply a rough smoke. 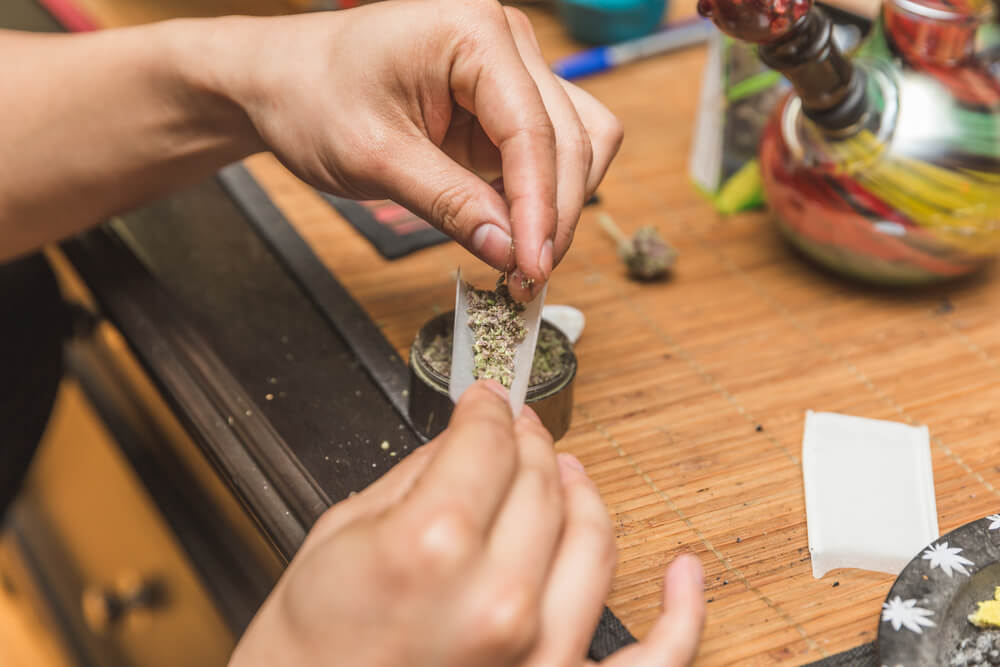 Make no mistake about it. Shake weed usually contains some seeds and stems.

On the off chance that you get a batch of shake with a ton of them, it can ruin your entire smoking experience.

So, if you’re looking to buy shake, you should be aware that it is entirely the luck of the draw.

As we’ve said before, shake weed is a go-to product for those looking to get high on a budget. That said, you get what you pay for.

If you’re looking for quality weed, you likely won’t find it in a majority of shake weed products. Ultimately, it’s a mixed bag, and most of the time, that bag contains a less potent drier bud.

If you’re paying less money, it shouldn’t come as much of a shock that you’re likely going to get lower quality. So, if you’re looking for top-tier cannabis, shake weed probably isn’t the best way to go.

The common stigma surrounding shake as the old leftovers of more high-quality buds can drive many blazers away from using it. However, if you’re able to look beyond that and see shake for what it truly is, you might be in for a surprise.

As always, there are pros and cons to everything, and, ultimately, your expectations of shake will largely shape your experience.

However, it is also crucial to highlight that there is a certain level of unpredictability associated with this weed byproduct.

If you’re particularly sensitive to THC or have a lower tolerance level, be warned that there is a lack of consistency with purchasing or using shake weed. Some batches may produce a mellow, tepid high, while others may contain higher THC concentrations and result in adverse effects.

So, if you’re looking for reliable doses and accurate potency, shake may not be the best option. However, you’re not entirely out of luck. 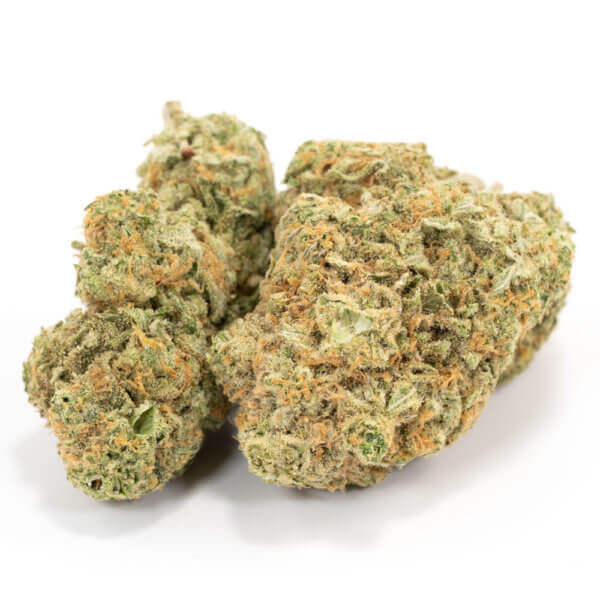 At Cannabismo, we are passionate about supplying quality flower at even better prices. Even if you’re strapped for cash, we offer exclusive deals to help you get the most bang for your bud.

We also pride ourselves on pure, quality products. As well as utilizing minimal to no trim or shake traces, providing a dependable and consistent high. We hope that you come back for more.