What’s the difference between live resin vs distillate?

Cannabis concentrates are all the rage, especially now that legislation is changing in many jurisdictions. It seems like everywhere you look, there is a new cannabis company that is promoting new extraction methods or other techniques for making prime cannabis extracts.

While there are many different types of cannabis concentrates, two of the most popular recently are live resin and THC distillate, so we’ll cover other concentrates another time.

To those who aren’t already knee-deep in dabs, trying to find your way through the forest of potent cannabis concentrate products can be a little bit intimidating.

In short, they will all give you the cannabis effects you know and love, but they do it in a super-compact and incredibly potent extract form.

We’re going to look at live resin vs. distillate, how they’re similar, how they differ, how they’re both made, and what exactly makes them so great other than the sky-high THC levels and the intense high they create.

What is Live Resin? What is Distillate?

Before we start getting into the differences, we need to start with what each one is. They may both be potent concentrates extracted from weed and have an appearance similar to oil, but that is where the similarities end.

What is Live Resin? 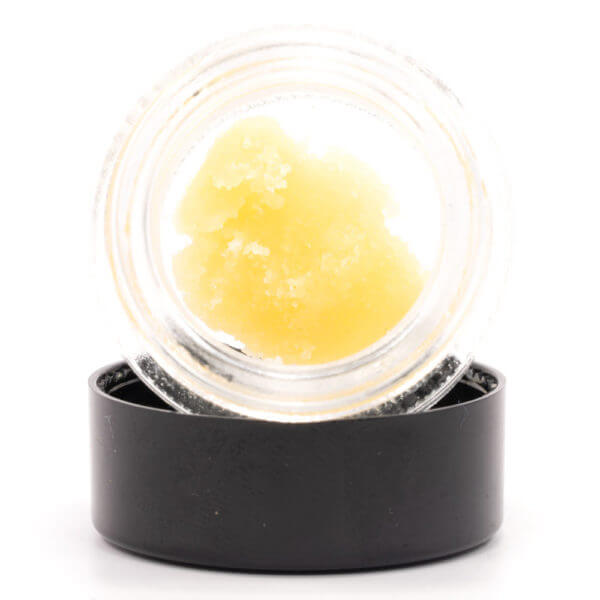 Live resin is like the fresh-squeezed juice of the whole cannabis plant, and while it contains large amounts of THC, it also contains many other beneficial compounds found within the cannabis plant.

Distinct from other concentrates, live resin is made from cannabis flower that’s been flash-frozen at the point of harvest.

The special process behind live resin preserves the THC, other beneficial cannabinoids, and the terpenes you would find in your standard full-spectrum cannabis concentrate. Terpenes are the name for all those compounds that add organic flavour and aromatic compounds that make your cannabis smell and taste so good. Since the weed used to create live resin is frozen at the point of harvest (and not dried or cured), many tokers report that live resin offers a fresher, more unique taste compared to other concentrates.

Live resin cannabis is not only made from the entire plant but must also be prepared so that it can still be considered live resin and subsequently sold as such. 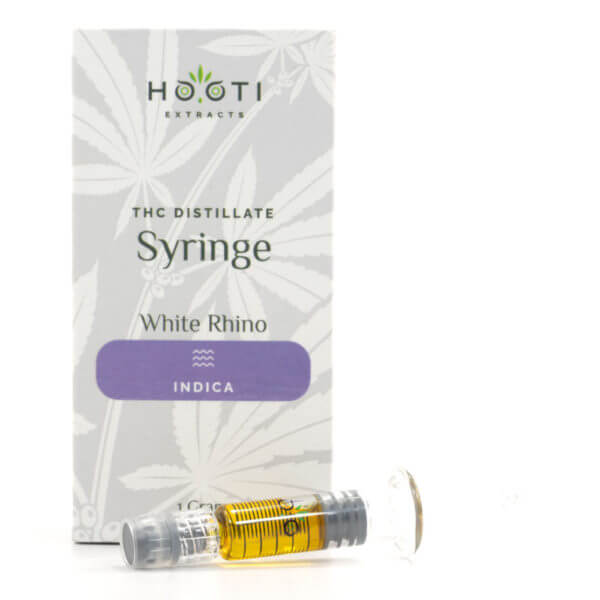 THC distillate is the final product left from an extraction process similar to the extraction methods for live resin. The plant matter from the source material is separated from the desired cannabinoid and turned into an odourless distillate that produces intense psychoactive effects.

Creating a pure THC distillate from the cannabis plant requires the initial extraction method and a distillation process that follows.

This process results in the aromatic compounds and all those other cannabinoids obtained from the process being removed, so the result is pure isolated THC or CBD, depending on the product.

In other words, there is no entourage effect with distillate.

For those unfamiliar, the entourage effect is the theory that combining terpenes, THC, CBD, and many other smaller cannabinoids present within the cannabis plant will produce a more substantial, more holistic effect.

Only pure THC is retained, and terpenes are added later when the pure oil is tested for THC levels.

This way, producers can add terpene content in the desired terpene profile in measured quantities before the distillate is packaged in the distillate cartridge headed for your vape pen.

However, this re-introduction of terpenes makes the entourage effect impossible, driving many to smoke/vape dry flower or consume High Terpene Full Spectrum Extracts (HTFSE) instead.

One of the most significant differences between distillate and live resin is extraction. The extraction process is how the original plant matter is processed to extract the cannabis compounds you crave. 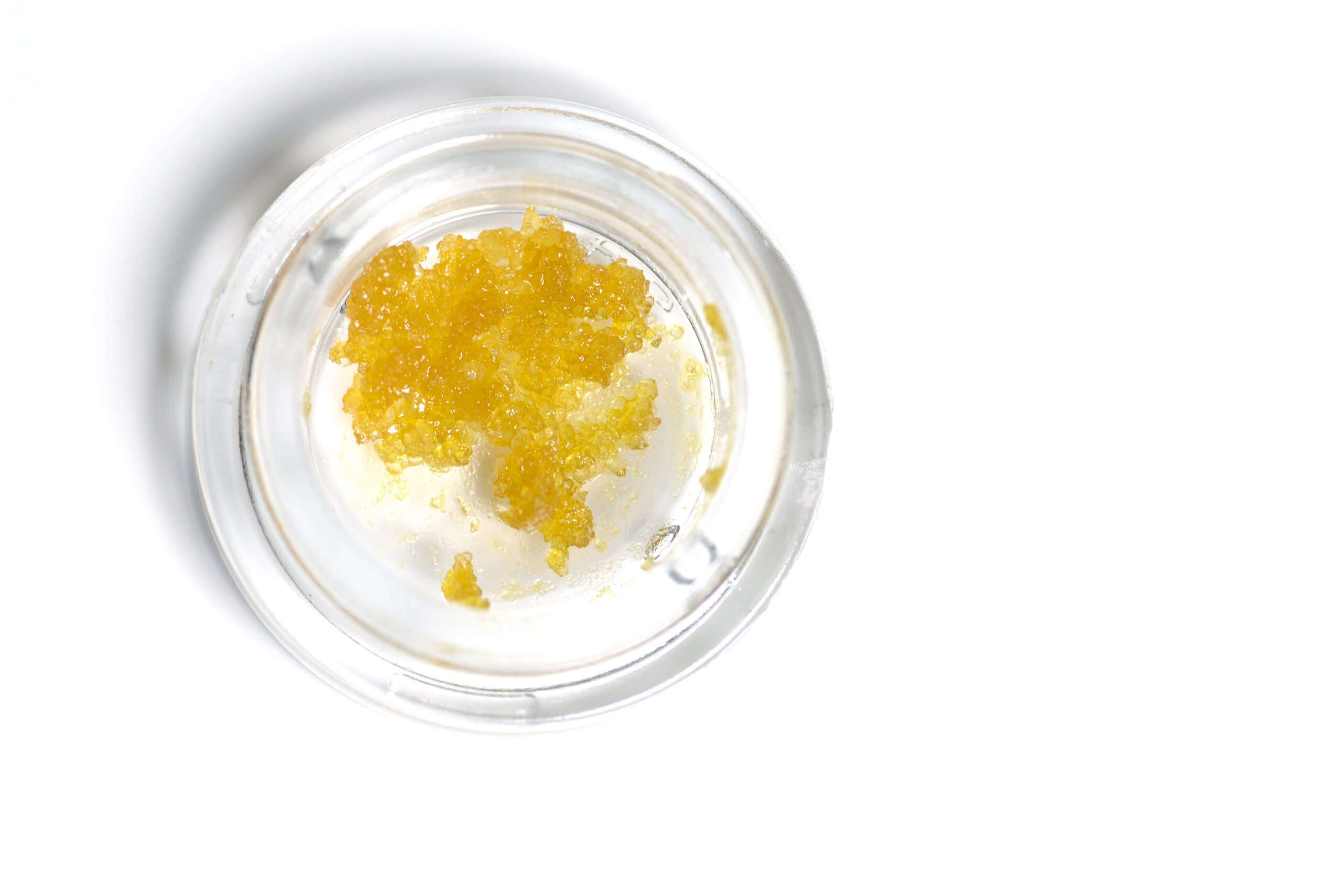 Live resin is made when the weed is flash-frozen, allowing the freezing temperatures to extract the live resin cannabinoids, such as THC, and other helpful cannabinoids like CBD & CBN, as well as the complete terpene profile.

Then a solvent, such as ethanol, is used to remove the extract from the weed itself, along with warm water. The solution is usually put in a vacuum chamber to remove the ethanol, which allows the solvent to evaporate and be safely removed, leaving only the potent cannabis extract.

The lack of heat prevents the decarboxylation process in live resin, meaning it can have a lower overall THC level than a distillate oil, and the THC has not been activated yet. Still, it will have the benefits of the entourage effect. 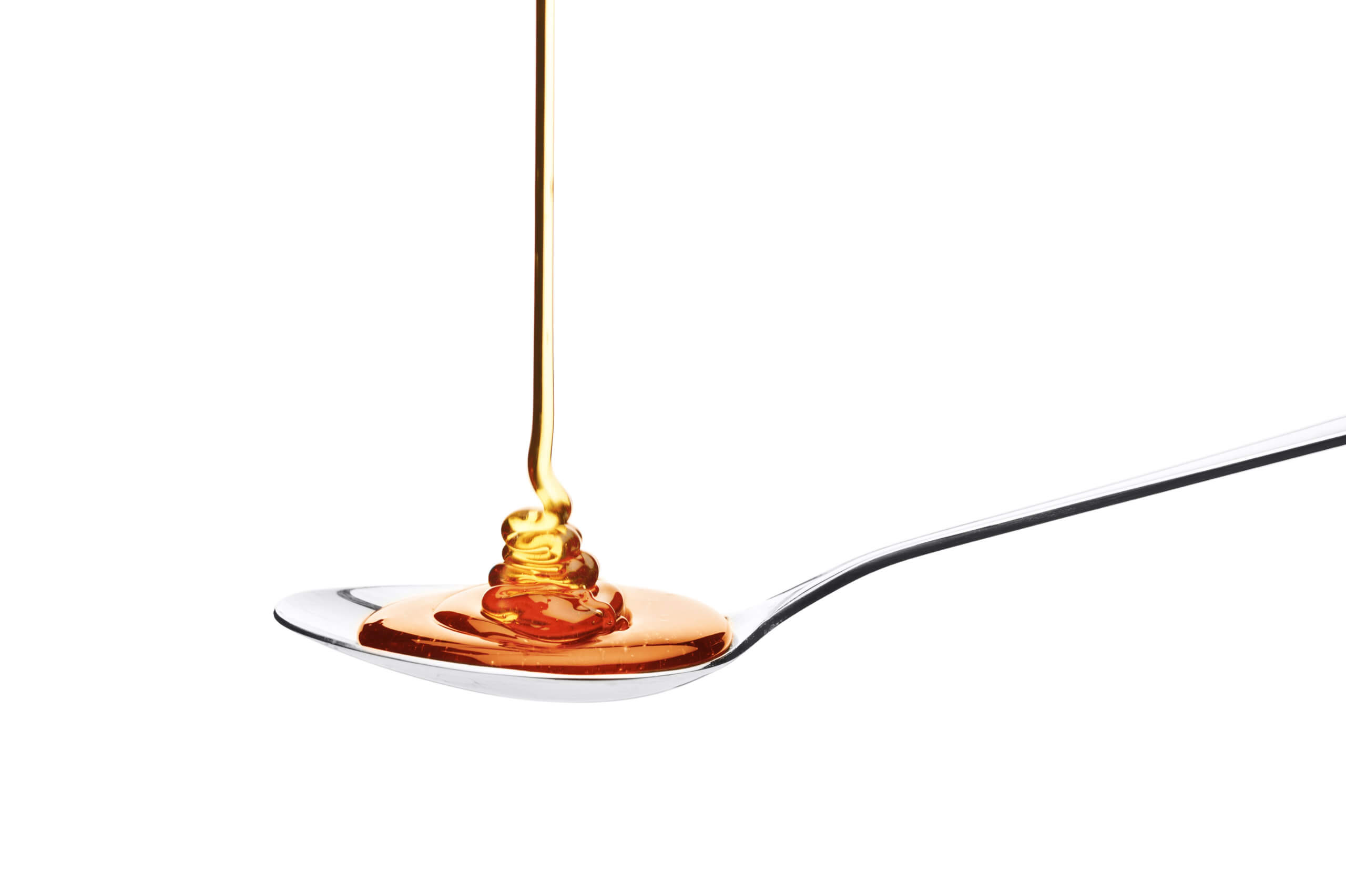 THC distillate is made when THC is extracted from the cannabis plant heat and a solvent. Then the non-THC cannabinoids are removed by essentially burning them off, leaving only the most psychoactive cannabinoid.

Distillates are often enriched with additional terpenes and even additional flavour elements.

Since a mixture of heat and solvency is used to extract the THC for distillate, it has undergone decarboxylation, unlike live resin, so that tokers can consume it in various ways, including edibles, tinctures, and of course, vape pens.

Both a live resin and a cannabis distillate are concentrates made from extracted cannabinoids and are super-potent, but they both contain very different components in very different ratios.

The live resin contains the cannabinoids in a form and ratio closest to the raw cannabis plant. Since this provides the most substantial entourage effect, live resin is often ideal for those who need cannabis for pain relief or other symptom control.

THC distillate is far more potent regarding raw THC content, but it has also been enriched to such an extent that the original cannabinoid profile is beyond recovery.

While terpenes and other organic compounds are frequently added back, distillate is a far more potent form and is perfect for when you need a greater economy of effect per dose. Sure, it tastes good, but its primary purpose is to get you incredibly high.

Another primary difference between live resin concentrate and cannabis distillate is how tokers consume them. While many people just assume that you need a vape or a dab rig to get the most out of your cannabis concentrate, this isn’t the case across the board.

If you have some live resin, you will need to decarboxylate, “decarb,” or activate the THC.  While decarboxylation sounds complicated, it just means you need to heat it. Luckily, both live resin and distillate can be dabbed in a dab rig or dab straw.

On the other hand, distillate is already decarbed and is ready to consume however you see fit. The most common method is vaping since you can generally find distillate cartridges relatively simply.

However, tokers can use the distillate oil to make your favourite flavour of gummies or other edibles or even dropped under the tongue for super-fast effects.

We can’t play favourites; both live resin and distillates are fantastic forms of cannabis and can provide intense highs. The differences make them more enjoyable and versatile, but each will always be amazing in its own right.

Out and about? Don’t forget your vape pen with a delicious live resin cart, unbeatable flavour, and terpene mix. Have a night in with friends? Break out the distillate and make course after course of edibles that will have you all flying high.

No matter how you like to taste, consume, or experience your cannabis concentrate, taking some time to explore both live resin and distillates will yield great results.