Charas – Hashing out the History of Cannabis Concentrates 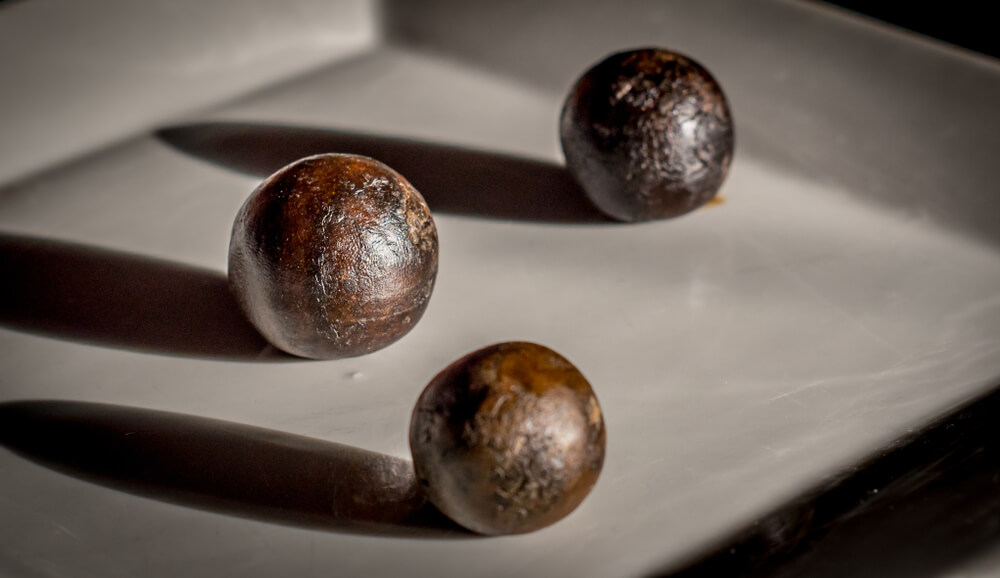 As you likely have learned through experience, cannabis has been a part of many cultures around the world, as have its concentrate products like charas, hashish, rosin, and moon rocks.

That’s one of our favourite things about the cannabis plant, just how versatile it is. It can be used for more than just smoking to get high, with many of its benefits still yet to be discovered.

In this post, we’ll take a look at one such cannabis concentrate – charas and how you can make it at home. We’ll also take you on a trip back in time to trace its origins and provide context for how it fits into the overall history of cannabis. 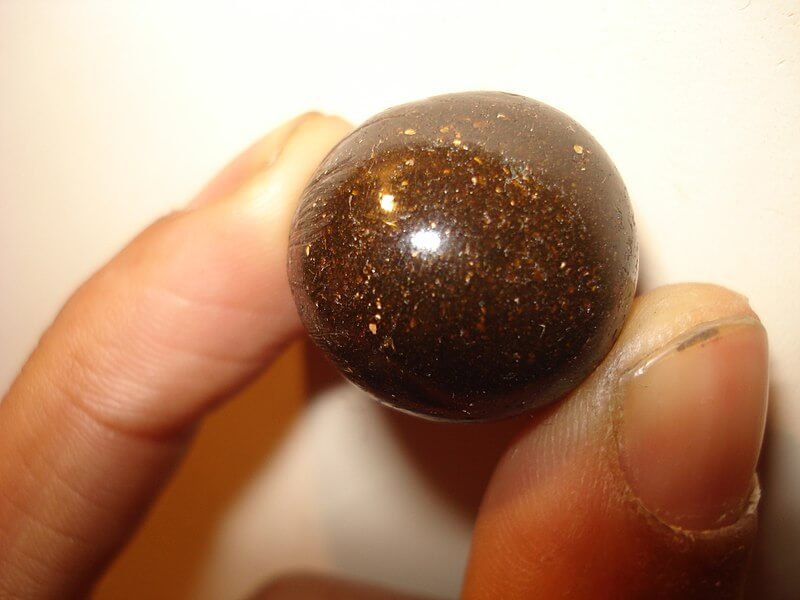 Charas is a traditionally handmade cannabis concentrate made from the resin of the cannabis plant. It is not to be confused with other forms of hash, as charas is made using live immature female buds rather than dried cannabis plant material.

The word ‘charas’ comes from the Persian word for leather, and rumour has it that persons would actually pick the marijuana while fully clad in leather. If you think that’s bizarre, wait until you hear the other one about people walking through the fields naked, after which the resins would be scraped off their body.

Whatever it takes, right!

Traditionally, however, charas is handmade and stored in leather bags, but we’ll get into that later.

Charas is special because the cannabis buds used to make it contain high THC levels, making it extremely potent and highly psychoactive. It has been enshrined in Indian culture and religion. Over the years, it has spread to other regions of the world, attracting weed lovers from all over, even creating a mini-tourist industry.

Charas is a cannabis concentrate that originated thousands of years ago in Northern India in a region known as the Parvati Valley, located in the state of Himachal Pradesh. There, locals use it as part of their religious ceremonies as it is believed that Lord Shiva would go to the Himalayan mountains and smoke it while meditating. Locals also use it for medicinal purposes and as a means of income.

Also known as “black gold,” charas is a cash crop that many communities in the Parvati Valley depend on as a means of income.

Now would probably be a good time to mention that the production of charas is illegal in India, as are other forms of hashish. Nonetheless, production continues, and everyone from the ordinary man to Hindu monks uses charas.

Though charas is made in other countries, including Pakistan, Nepal, Afghanistan, and Jamaica, true charas come from India’s Himalayan region. This claim is because it is believed to have the highest quality cannabis strains, such as Kerala gold or Idukki gold.

Unfortunately, pure Idukki Gold is a pretty rare marijuana strain due to authorities’ clampdown, and what we have in the present-day are inferior yields.

What is the Difference between Bhang and Charas?

Both bhang and charas are consumed during festivals celebrating Shiva. However, there are a few key elements that differentiate the two. 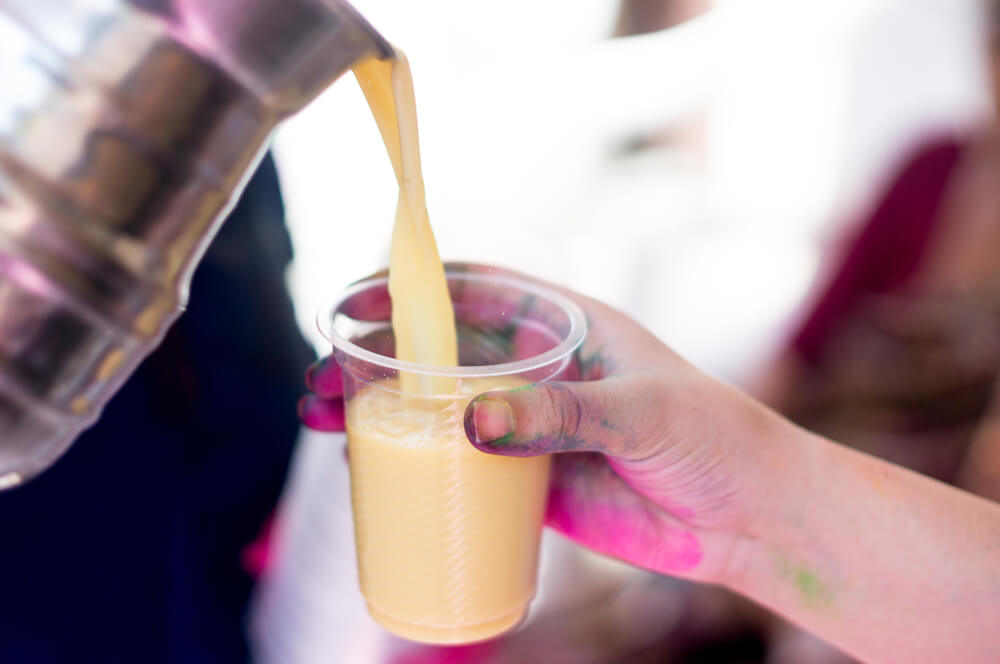 The primary difference is that bhang is generally consumed in liquid form and rarely smoked in comparison. It is usually made using male plants and crushed into a dark green pulp.

Bhang is later ingested by adding it to milk (thandai), candies, and other food forms. Critically, bhang is also legal in India.

Charas, on the other hand, comes in the form of a ball and ranges from brown to blonde in colour. Again, charas is illegal in India and made using unfertilized female cannabis flowers.

Ingesting it is generally not recommended.

What is the Best Hash in the World?

Hashish can come in different forms, and though it is not the same thing as charas, you might wonder what the best hash in the world is.

Allegedly, the best hash comes from the same place as charas, the Parvati valley, which makes them pretty much related. It is a highly-prized concentrate known as Malana Cream.

Malana Cream contains incredibly high levels of THC. Thus, its highs are unmatched, so rookies, you might want to sit this trip out.

Even though real, authentic charas comes from Northern India, you can make and enjoy your own knockoff version at home.

All you need is: 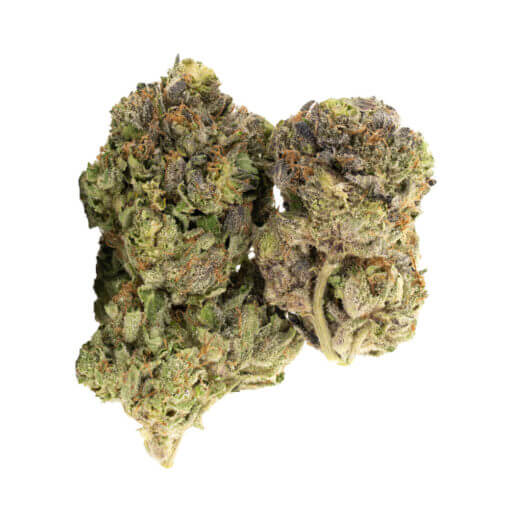 The process to make charas is a messy one, so be prepared to get your hands dirty!

Firstly, you will need freshly washed hands. Be sure to dry them properly, and skip the scented soaps and lotions as it can contaminate the charas and make it harder to extract the resin.

The best cannabis plants for making charas are those with ripe seeds visibly sticking out of the cannabis buds. Put some between your hands and massage them slowly. This process is not a race, so take your time to avoid wasting the precious resin.

To get the maximum amount of oils, gently squeeze the buds between your thumb and the palm of your hand, but do not squish it.

After a while, you will start to feel the sticky resin oozing out. That’s your charas. It will have a tar-like consistency that makes it perfect for rolling into a ball or stick. Continue the shaping process until it becomes firmer and forms your desired shape. The more time you put into making it, the better the quality will be.

You will also notice after making charas a couple of times that the strain extracted plays a considerable role in the quality of the charas, as it ultimately determines the THC content of charas balls.

And just like that, your charas ball is ready to smoke! Just remember that this is an extremely potent form of cannabis, so you might want to put some up for later. Simply store your cannabis concentrate in some cling wrap to prevent it from drying out.

How to Smoke Charas

The most popular way to enjoy charas in India is by using a pipe called a chillum. A chillum is a type of clay pipe smoked by Hindu monks.

Chances are, you don’t have a chillum, but don’t worry. You can enjoy it another way. Just roll some up in your blunt or joint. If you choose this method, it might have some trouble staying lit, but if you incorporate it well enough before smoking, you shouldn’t run into any problems.

You can also enjoy charas by dabbing or vaping, depending on the type of pen you have.

Charas might look and smell really good, but this is not an edible cannabis concentrate. You need to apply heat to it in order to activate the THC present in the plant.

While relatively simple and straightforward, albeit time-consuming, to make at home, if you’re looking to cut out the middleman and buy some charas, you’ll quickly discover that you’re out of luck.

Dispensaries, or retailers where you can buy weed online, do not sell charas. It is not permitted for multiple reasons, namely, because monitoring quality assurance issues are too challenging given how it is made. In terms of its creation method, most retailers also consider it too unsanitary to sell to consumers. 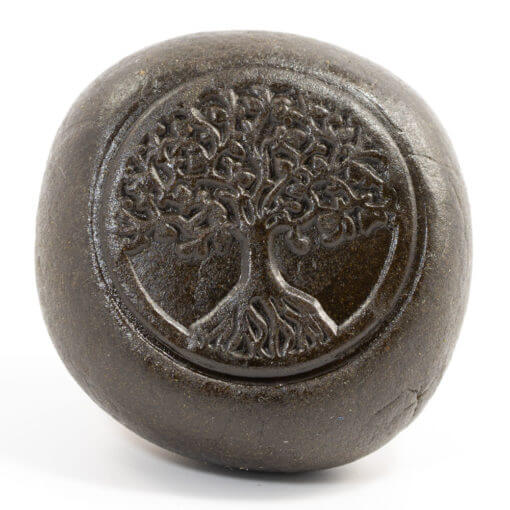 That said, there are various modern-made hash options available that pose more potent and heavily concentrated alternatives to traditional charas, allowing you to get more bang for your buck without sacrificing strength or quality.

Whether you want to smoke it in a pipe, mix it in with a regular flower in a joint or bong, or even infuse it in a hot beverage, Cannabismo offers multiple options to suit your particular hash needs.

Charas is popular in India and the marijuana realm for being among the most powerful ways to enjoy cannabis. The process to make charas is pretty thorough, from gathering the flowers to rubbing the resin in your hands.

You have to really love hash, and other concentrates, to even attempt to make it.

If you happen to be in India or get some from a trustworthy budtender, you should definitely give it a go. Experiencing charas can be an amazing once in a lifetime experience or your new favourite way to consume cannabis.

However, if you can’t afford the plane ticket or don’t want to brave the journey, there are plenty of other modern hash product options to choose from to suit your particular weed needs.

Hop on over to the Cannabismo site and explore the various options we supply.