What is Moroccan Hash and Why is it the Best in the World? 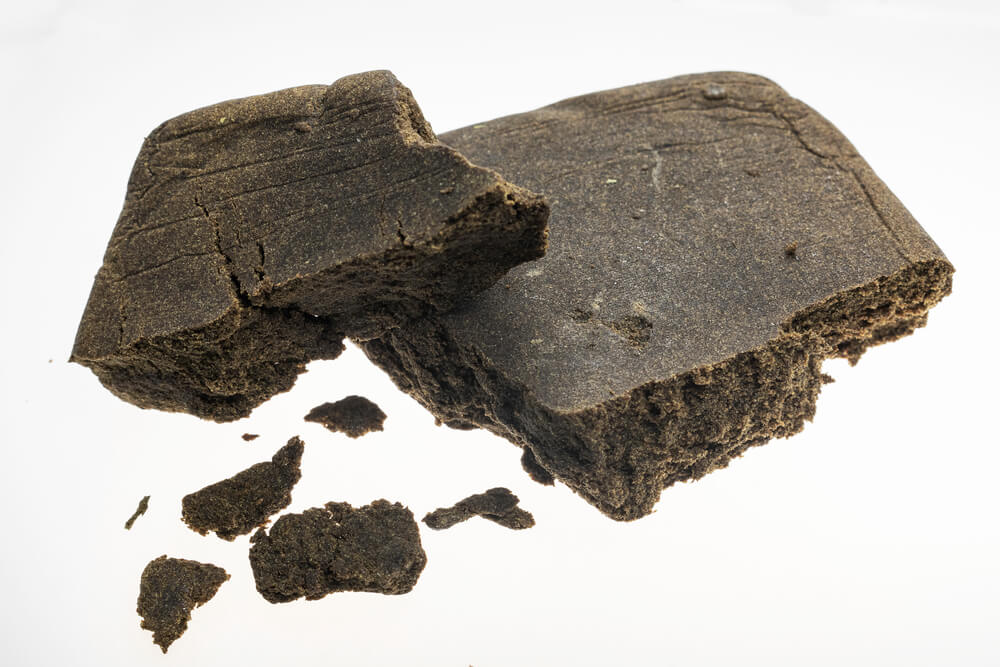 Hash is available in all shapes and sizes, but perhaps none are as famous as Moroccan Hash. Known as the best hashish to smoke, this exotic and aromatic cannabis concentrate has been enjoyed by tokers worldwide for decades.

If you’re sleeping on Moroccan Hash, there’s no better time than the present to learn why this hash reigns supreme compared to the different types of hash out there.

Are you not convinced?  Stay with us and learn why this spicy, aromatic hashish is regarded as the world’s finest!

What is Moroccan Hash? 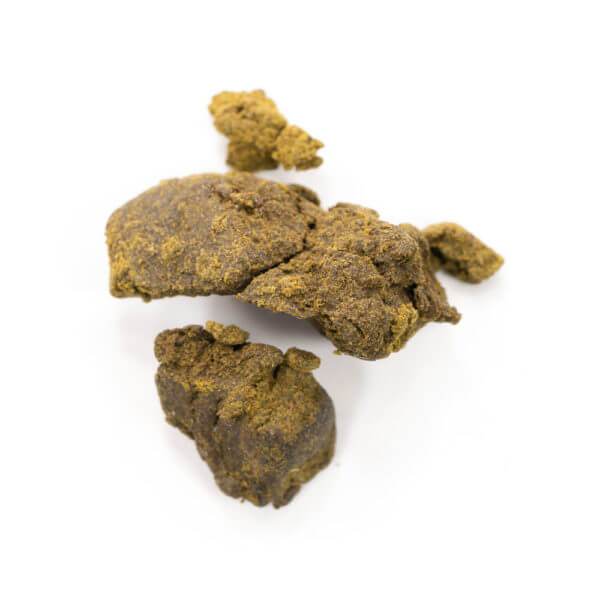 Hash, or hashish, is a concentrated form of cannabis made by collecting trichomes from the marijuana plant.

Also known as kief, these trichomes create marijuana resin, with all the cannabinoids and terpenes that weed is famous for.

Through physical agitation, these trichome glands are gathered and compressed to form a malleable dark-brown substance.

We’ll explore hash further in the subsequent section, but first, we must go back in time to find out why Morocco is called the mecca of hashish.

For starters, Morocco is world-renowned for the hash it produces.

It’s recognized as the source for some of the best hash in the world. The nation is located in north Africa, overlooking the Mediterranean Sea and the Atlantic Ocean to the west.

The history of hash in Morocco goes back hundreds of years.

Experts think that it was the Arab invasion of the Maghreb that brought cannabis plants to the region. However, local Moroccans didn’t just use weed to get high – they used it for its textile and fibrous qualities, too.

At the time, cannabis was grown on a small scale locally, with the northern Rif region of Morroco becoming a notable centre of production. In the late 19th century, this region received special production rights for several Rif tribes due to their specialization and capabilities.

The creation of Moroccan Hash is thought to have occurred somewhere between the 15th and 17th centuries. Locals commonly smoked hash with Black Tobacco in a ‘Sebsi Pipe,’ mixed it into food or used it as part of Sufi rituals.

Despite its long history religious and recreational history, King Mohammed V of Morocco prohibited the production of cannabis plants in 1950 when he was coronated.

However, this move did little to curb the spread of local Hash. By the 1960s and ’70s, Morocco had become a popular vacation destination for westerners seeking to enjoy hash! The tales of its use and production by locals in the Rif region had already spread into neighbouring regions and countries. It was not long before more interest spread, causing Moroccan Hash to go global.

An abundance of Western tourists came to the country to sample their hash. With hash still being made in the traditional, artisanal way, it was simply impossible to keep up with the demand. As demand continually rose, special production techniques and infrastructure were invented by these hash guardians to maintain the supply as well as its quality.

Industrial processes replaced artisanal ones, and soon, Morocco became known as the place to be for high-quality hash!

How is Moroccan Hash Made?

Morrocan hash differs from other types of hash in a few different ways.

Firstly, Morrocan locals dry their weed for much longer than others in the world.

This process can take months and usually occurs somewhere cool and dark.

This prolonged drying of the weed resin (kief) is like ageing a fine wine. Unlike the dried flower many of us smoke, these buds are not meant for smoking. As such, the dried plants look pretty different from what we would expect from related products.

These dry buds are placed in a bowl and then covered with a panty-hose filter. Another layer of cloth is stretched over the bowl.

Farmers generally place this bowl between their feet and then beat it with sticks.

After sufficient beating, the bowl is uncovered.

Inside, you now find a powdered weed product. At this point, it is similar to what we would call kief or dry sift. This powder is largely composed of the glandular trichomes we mentioned earlier. As a result, the powder is very potent, filled with THC crystals.

As you can see, a lot of physical effort goes into making Moroccan Hash. A lot of plant material also goes into the process. It can take about a kilogram of marijuana to produce 10 grams of hashish.

There are several modern techniques now used to make variations of Moroccan hash. The best example is ice water hash or bubble hash. Ice water hash is made using a very similar process, with one major change.

Instead of a bowl, several baskets are used – and filled with ice water.

Each basket contains a more and more fine mesh layer at the bottom.

Physically shaking the bucket produces the same effect as the sticks used in north Africa. The trichomes sink to the bottom after going through the filter. After several rounds of this, a stunning bubble hash is made!

For truly authentic Morrocan bubble hash, make sure that the flower used follows the same ageing process as the regular hash from Morocco. If it doesn’t, it’s just regular hash!

What Makes it Special? 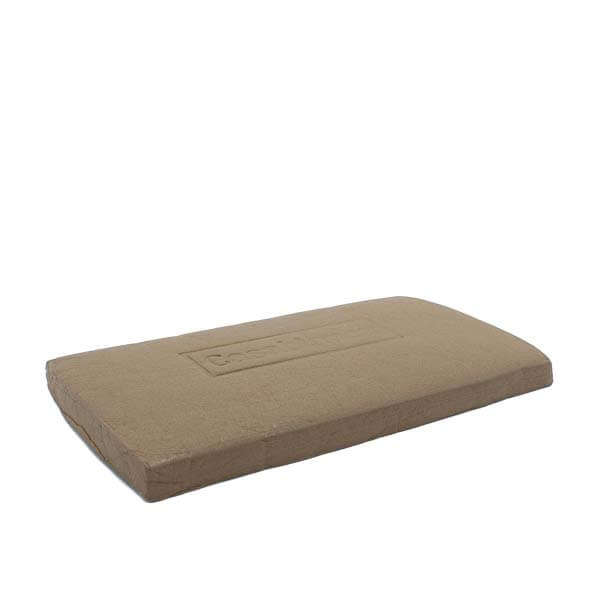 There are decades of experience that go into making Moroccan Hash. Many families have been producing it for generations. The result is an exceptional product. Consumers often find the appearance, taste, flavour, and potency all to be more than sufficient.

The rich aroma from these dark bricks has an aged feel to it, similar to aged wine or cheese. Smoking hashish produces a strong flavour, but it may not be for everyone. Many people combine it with a standard dried flower to blend the flavour profiles.

Finally, the potency of hashish has consistently been some of the highest in the world. That said, this situation changed with the arrival of modern concentrates like shatter, wax, crumble, and isolate

How to Smoke Moroccan Hash

Smoking Hash is not overly complicated, but the product is versatile. There are three primary ways of activating THC: Dabbing, smoking, and vaping.

Smoking is the OG way to consume hashish. But how you smoke is totally up to you. Hash can be smoked by itself in pipes and bongs. Tokers can also combine it with dried flower inside the same bowls or in joints.

Keep in mind that hashish burns more slowly than dry flower. However, you like to smoke hash. It burns smooth, provides rich flavour, and will get you quite high!

Vaping is a perfectly suitable way to enjoy hashish either by itself or combined with buds. Tabletop and portable dry herb vaporizers can easily be used with hashish instead.

Many consumers find this to be the best way to enjoy the taste of hashish. Without the combustion, vaping hashish produces a very nice taste.

Dabbing is the newest method of the three ways to get high. While dabbing is most often associated with concentrates like shatter and wax – you can also dab hashish.

When dabbing hash, tokers must use a low temperature not to melt or combust the hashish. Take care to set a temperature way lower than one you would typically use to dab other weed concentrates!

Congrats on making it through this exploration of Moroccan Hash. You now have the facts you need to amaze your friends as you enjoy some hashish together. Any lover of cannabis needs to try Moroccan Hash at least once in their life.

While smoking hashish is widely popular in Europe, it has never reached the same peaks in North America. Maybe one day soon, people will come back to this beloved cannabis extract.

As always, start low and go slow when smoking hashish. While not as strong as other cannabis concentrates, hashish often has more than double the THC potency of dried cannabis flower, in addition to being extremely tasty and aromatic!

If you want to try this hash out for yourself, be sure to visit our online dispensary Canada to get it delivered from our store to your door!