The Cannabis Act (Bill C-45) has gone through a very bumpy road since its introduction in November 28th, 2017. It has seen roughly seven months of a ping-pong game between the Senate and the House of Commons. The two chambers debated a number of different amendments to the Cannabis Act. Then the Senate voted to federally legalize recreational cannabis on June 19th, 2018. Now that the Bill C-45 just got Royal Assent, Canada will officially be legalizing weed nationwide. Does it mean that Canadians will be able to celebrate the Canada Day and Cannabis Day by legally lighting up?

From the sober optimist’s point of view – I don’t think so.

Technically speaking, Royal Assent means that Canada will be legalizing the sales and consumption of recreational weed. Nothing stays in the country’s way to finally make the new legislation a law.

On Thursday, June 21st, Prime Minister Justin Trudeau made an announcement during Question Period. He said that the legislation will officially enter in force on October 17th. Despite receiving the Royal Assent, legal cannabis sales and consumption won’t be permitted until mid-October.

What is the purpose putting cannabis enthusiasts on standby for these several weeks? According to Prime Minister, extra time is needed for provinces like Quebec to adjust to the new legal framework for cannabis. This is aimed at providing provinces and territories to get ready for the change. It also allows time for retailers to make sure their stores are in compliance with the law.

To cut the long story short, before mid-October, Canadians won’t be able to legally light up for recreational purposes.

What Does the Legalization Mean for Canada? 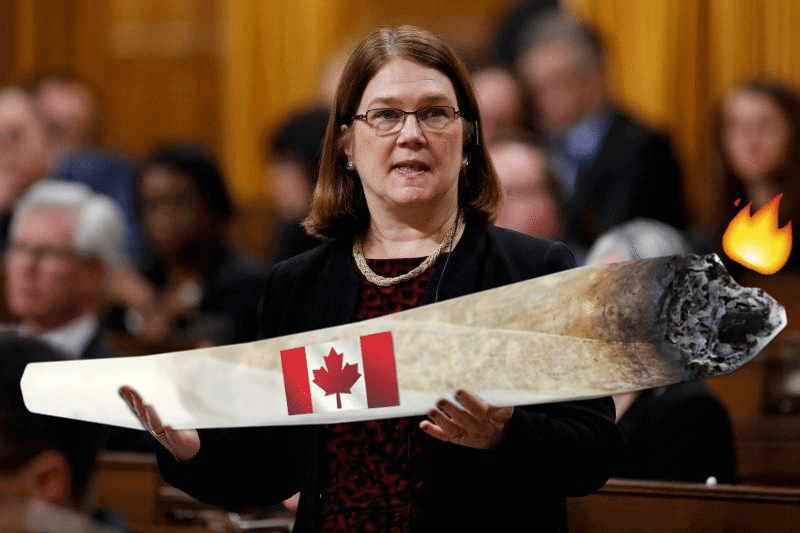 Canada’s legal marijuana legalization is a historic moment for the country, as it cuts off the last legs of the cannabis prohibition that has lasted for nearly 100 years.

On top of that, Canada will now officially become the second country to legalize marijuana. Uruguay did it in 2013, becoming the first country to do so. But more importantly, Canada will be the first G7 and G20 nation to have cannabis legal.

It goes without saying that this huge step forward creates a myriad of opportunities from both the economical and scientific point of view. Global businesses, world leaders, and researchers will definitely have their eyes turned on Canada as its legal cannabis program is put under evaluation. Each province and territory will have a different framework for marijuana, and the world will be watching to the most important aspects of public life, such as health, the economy, and safety.

Where to Celebrate Canada Day With Weed?

Although using cannabis for recreational purposes is illegal until this October, you’re probably thinking where to start celebrating this historic moment for Canada. Well, there are some places to smoke up illicitly before weed is legalized across the country, so let us start with some obvious ideas. 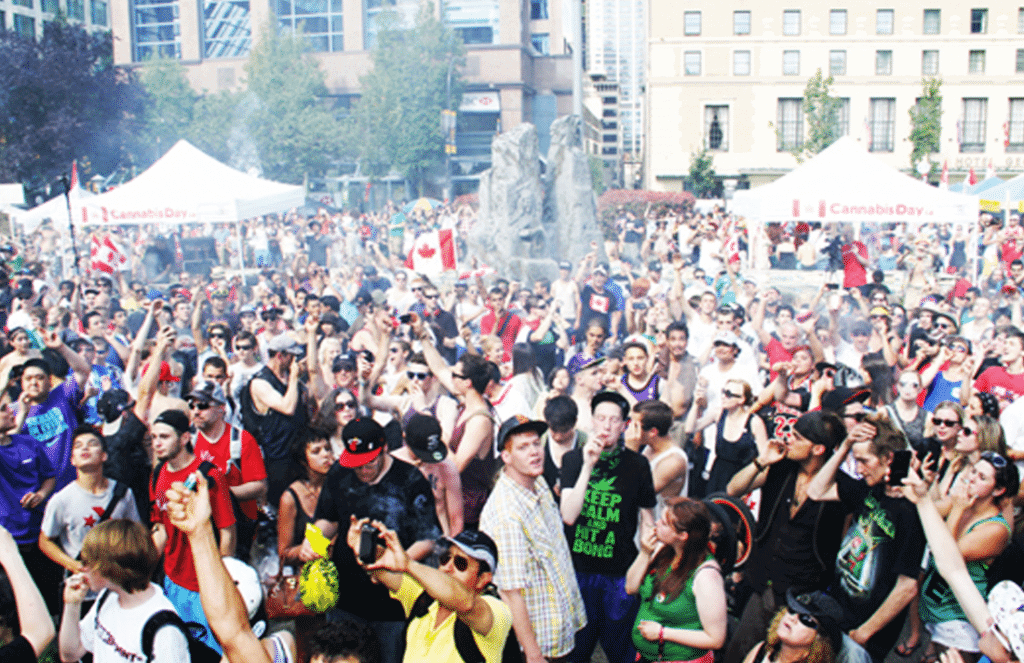 Did you know Canada Day and Cannabis Day share the same date? What a coincidence! If you’re thinking about lighting up to the Royal Ascent, Cannabis Day is the best event to choose. Vancouver’s annual Cannabis Day is held at East Van for a whole afternoon of smoking, sampling, and indulging in green goodies.

Created and run by some of the city’s leading cannabis activists, the event is at once a sort of 4/20 holiday and a protest opposing Canada’s century-old war against marijuana. Well, it looks like next summer, the second reason for the Cannabis Day will be forgotten in the oblivion. 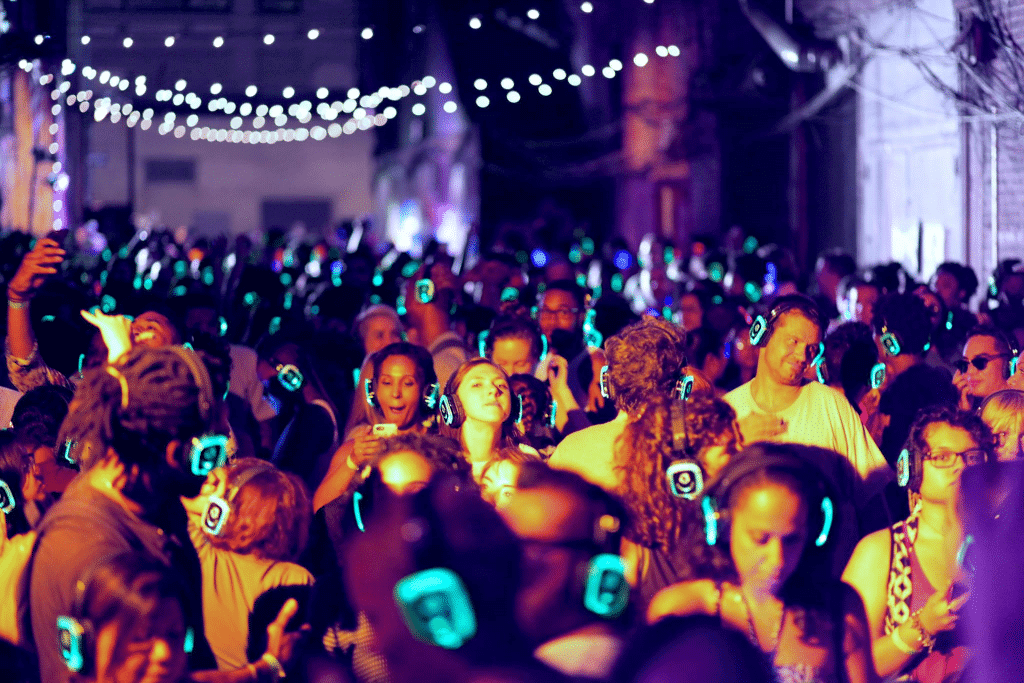 If you’re up for an unforgettable music event, Canada Day Silent Disco – also known as the quietest and rowdiest party in Vancouver – should live up to your expectations.

Not familiar with the idea of the event? Simply arrive with your smartphone, a pair of earphones or headphones, and the shiniest dancing shoes you have in your wardrobe – and if you don’t own such fancy shoes, go and buy a pair.

It’s one of the most peaceful boogie-nights one could ever imagine, where a true magic happens among all soundless revelers. If you can’t live without listening to your favorite tunes after puffing a jay or two, enter the Silent Disco and learn how to party in complete silence. 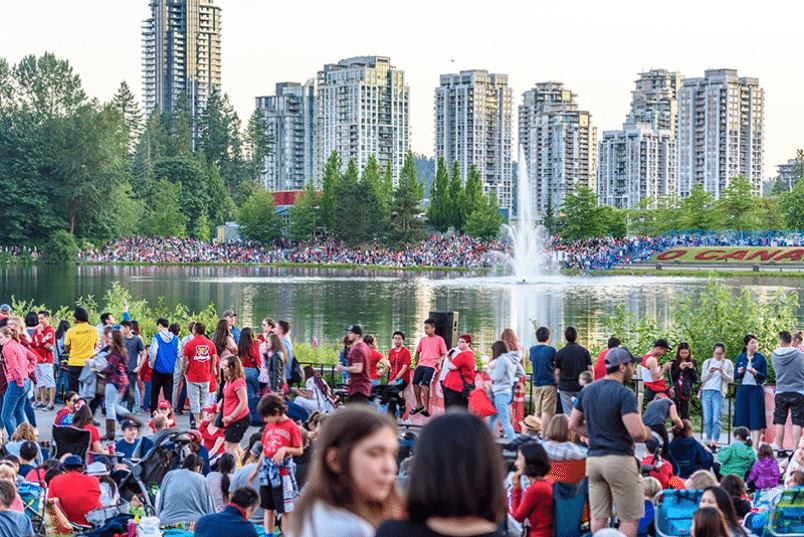 Consider visiting the suburbs on July 1 because Coquitlam’s Canada event always delivers the best entertainment. Growing to become the largest community festival in the Tri-Cities, the event features an impressive selection of live music and entertainment, ethnic and regional cuisines, and a priceless opportunity to spend some quality time with your friends and family.

Whenever you arrive at the party, make sure you stay until the very end because that’s when the breathtaking fireworks show happens at Lafarge Lake. It’s situated in the center of the park, so you’ll get an unforgettable view of the sparks as long as you remain within the area.

It’s hands down one of the top events to celebrate Canada Day with cannabis. 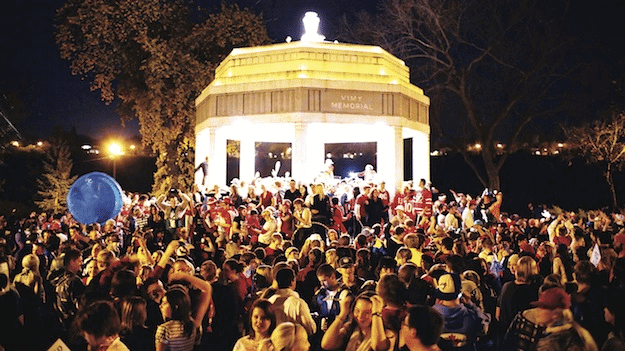 Canuck asks its guests to arrive to downtown Vancouver with nothing but a music box in hand. But also the willingness to play your music. This flash mob features an evening that hosts hundreds of costumed music enthusiasts raving together to the beat. It’s a perfect opportunity to hear some kickass tunes you’ve never heard before. Not only that, it’s also a brilliant place to meet new friends and then, well, evacuate to light up somewhere.

How are you going to celebrate Canada Day with the knowledge that marijuana legalization has become a fact in the country?

One thought on “Canada Day & The Legalization of Cannabis”