Where And How to Celebrate 420 in Canada 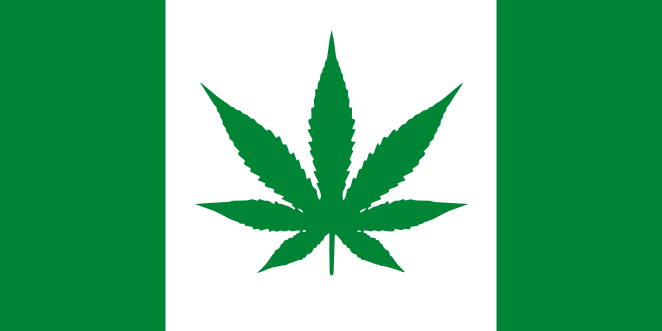 April 20th draws near and with this particular date comes a celebration day that is of paramount importance for every cannabis enthusiast in the world. In countries where the use of marijuana is already legal, people treat 420 as an occasion to celebrate this important moment in our history. Throughout Canada, where cannabis is now legalized, the call to celebrate 420 is comes in many different forms.

Since weed is now legal in Canada for medical and recreational use, we’re able to openly share great ideas for how to celebrate 420, a special holiday for stoners.

So, what are the best places to light up a blunt during that day? And most importantly, where did the 420 term come from?

The origins of 420 are, least to say, misty. Back in time, people believed it to be a secret code for police when they found someone with marijuana. A weirder explanation has it that the term arose from one of Bob Dylan’s songs, namely “Rainy Day Women No. 12 & 35.” Remember the refrain of “Everybody must get stoned?” People paired it with 420 being the product of 12 x 35 and there you have it – but it’s quite a tinfoil-hat-talk, isn’t it?

It goes without saying that neither of these explanations is credible. Nevertheless, in recent years, we have finally learned the true story behind 420.

It dates back to 1971, when a group of cannabis lovers from San Rafael High School in California was afraid of getting busted for marijuana possession. As a result, one of the brothers came up with a quick “call to action”. The group called themselves “Waldos”.

After one of their football practices the group starting meeting at the statue of Louis Pasteur at 4:20 p.m. to search for a patch of cannabis they had previously lost in the woods. Although they never found the patch, the meeting point and its date became the secret code for their green meetings. At the beginning, they would say “420 Louie” but then it turned into just “420” and nothing else.

And as you may guess, the story took on a life of its own.

Each year, cities in Canada are crowded with locals and tourists on April 20th. If you’re lucky enough to find yourself in the right time and place, you’re going to have a great time enjoying your herb with other cannabis enthusiasts who are still celebrating the legalization of weed.

Below you will find the list of all major cities that openly celebrate 420 in Canada. Some of the festivities include food feasts, live music, weed-themed parties, festivals, and a storm of phytocannabinoids – that’s what you can expect from Canada on 420.

Vancouver is home to the legendary event at 1204 Beach Avenue hosted by Cannabis Culture Magazine. The publication is owned by two cannabis activists, Marc and Jodie Emery. It’s a heaven on Earth for weed lovers from Canada.

Why? Because it gathers massive crowds of marijuana enthusiasts who come to share their love for weed. They all get a chance to listen to peaceful music, enjoy the beautiful weather, and participate in plenty of stoner activities brought to them by promoters.

Besides, let’s be honest. Is there a better place to celebrate 420 than on the beach?

It’s said that birds of a feather flock together. Well, there is a pair of such birds: Toronto and weed. In Toronto, every 420 is always packed with people celebrating the date in the very city centre, which causes massive issues with traffic flow. But hey, there are better ways to spend 420 than to drive a car on a crowded street. This is especially so when April 20th coincides with the annual marijuana march. The event includes comedians, live concerts, street performances, and lots of luscious edibles and food to indulge in.

If you consider yourself a true cannabis activist, consider paying a visit to O’Cannabiz Conference and Expo. The conference highlights the future of cannabis after legalization. Keynote speakers include gangapreneurs and other business-minds talking about opportunities to grow new brands under the Canadian cannabis leaf.

Calgary is home to the largest and most popular cannabis dispensary in the city, the 420 Clinic. Maybe it’s just a coincidence, or the name really has something to do with celebrating 420 in Calgary. But this year will give us a gathering in Inglewood in the aforementioned dispensary. You can be more than sure that the event will bring many people who like to enjoy their cannabis. But if you want to educate yourself, too, it may be just the perfect opportunity to learn something new about our favorite plant.

Looking for one of the most weed-friendly cities in Canada? Well, you might want to consider visiting Montreal, then. Here, in the French part of Canada, you can take part in a very laid back 420 gathering right near the Mount Royal monument. People come here to sit on cozy blankets, smoke their weed, and share their goodies with other participants. It’s a perfect event to engage in some inspiring conversations with fellow weed lovers. All while experiencing the bounty of nature.

Speaking of inspiring conversations and calls to action, one simply cannot miss the 420 gathering on Parliament Hill. There, large crowds have historically gathered to protest for the nationwide decriminalization and legalization of cannabis. Now, with legalization, this event is much more crowded and intense.

If you savor picturesque views of lakes and parks, wait no more and head to the City Park on the Okangan Lake. You’ll find that to celebrate 420, there’s no more beautiful location. Immerse yourself in the beauty while joining being around other cannabis lovers as they celebrate the day.

Speaking of which, 420 wouldn’t be complete without a visit to Niagara Falls, would it? This year’s event will focus on the recent nationwide decriminalization of cannabis, and how the laws will be playing out across the country.

What are your favorite cities to celebrate 420 in Canada? What is your go-to activity for this day? Leave a comment!

Can Smelling Weed Get You High? Contact High Truths and Myths

Everything You Need to Know About the Cannabis Cup