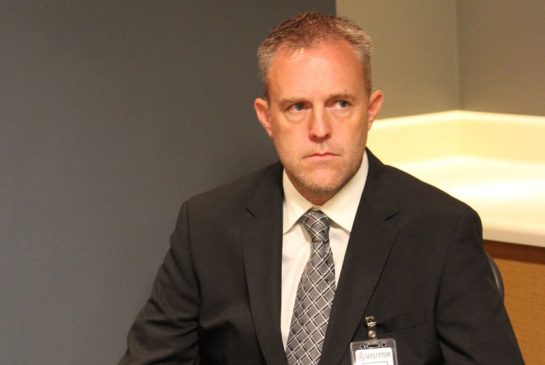 Phil Edgar is a 22-year veteran of the Durham, Ontario police department. He has an excellent reputation and is known for always following procedures. Once, Edgar received a commendation for numerous marijuana busts. He is well liked and well respected. Today, we’ll cover how this police officer also owns a marijuana dispensary!

Edgar is also a businessman. He owns a busy gas station on the Mississaugas of Scugog Island First Nation. Edgar is also a member of the tribe. Across the street from the gas station is the headquarters to another one of Edgar’s businesses; Living On, Inc. Living On operates an unlicensed medical marijuana dispensary.

Ontario requires law enforcement officers to obtain permission from their department before taking on second jobs that conflict with their responsibilities as police officers. In the past Durham has denied officers applications to work as bartenders and security officers.

However, Edgar asked for, and received permission, to join Living On. He completed all the paperwork and the police chief, who has the final say in all secondary employment matters, approved it.

Uproar That Wasn’t There

Since the Toronto Star began looking into Edgar and his relationship with Living On Inc., he has stepped back from the company. The newspaper is asking if it is a conflict of interest for Edgar to work with the unlicensed dispensary and also be a law enforcement officer. However, there has been no widespread outrage from the citizens of Durham or the Durham police department.

Edgar believes that there is a difference between medical marijuana and the street drug. He told the Star that he wants to help people and that he’s not in policing for the money. He involves himself with Living On to help patients who have no other way to access the medicine they need.

Marijuana is already on track to become fully legalized in the near future. Federal officials are currently creating the necessary legal and regulatory language that will make recreational cannabis, and not just medical marijuana legal.

Edgar does not see what the all the media attention is about. Even though he stepped away from the company in July, he is still considering his options. He may decide to leave policing to work more fully Living On. The medical marijuana market alone is currently worth an estimated $80 million. With legalization just around the corner, it may too good of an opportunity to pass up.

The current controversy over Edgar’s involvement in an unlicensed medical marijuana dispensary is further proof of the changing attitudes of law enforcement and society towards marijuana. It also underscores the legal limbo many well-meaning small business owners find themselves in when they try and enter the medical marijuana market.

Mary J is a wellness writer and herbalist who is an avid learner when it comes to plant medicine. Passionate about cannabis in particular, she has used weed medicinally, recreationally, as a means for income and as currency.