Weed Hangover – Everything You Need to Know 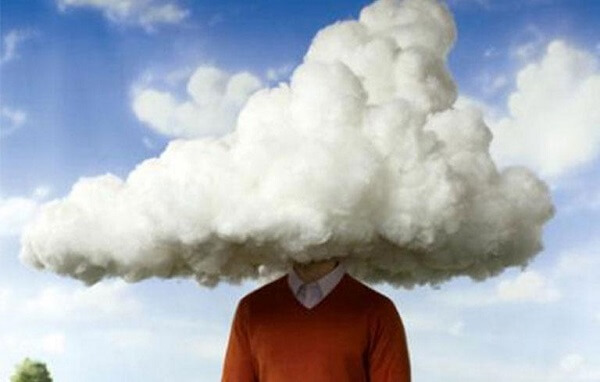 If you have ever felt foggy after a long night of, let’s say, heavy smoking, you probably used too much weed. A weed hangover is similar to the alcohol hangover, but fortunately, it’s not that bad for your body and brain.

For many stoners, it’s a well-known feeling, but for other people, it remains a secret how this “weed hangover” works and how it actually happens. Although most people think that cannabis is something that won’t give you the hangover, it turns out some herb users may experience unpleasant symptoms after a heavy smoking session. Here is everything you should know about the weed hangover.

Marijuana Hangover – Is it real?

Weed hangovers are usually treated as speculation. That’s because many people have smoked cannabis in their life, but they haven’t reported any symptoms of weed hangover. However, this experience is definitely real, and there are some things that may cause this weird experience.

What Causes a Weed Hangover?

There are some main factors that may increase the chances of experiencing a weed hangover. These include the amount consumed, the quality of marijuana or the method of consumption. The amount of marijuana you’re consuming will always be crucial when it comes to developing an unpleasant weed hangover.

Moreover, eating THC pot edibles increases the likelihood of feeling dizzy and a little sick in the morning. This is why you should be careful when preparing edibles. It is not an easy task to gauge the right amount of weed. Remember that digesting edibles takes more time than smoking weed. That means it will remain in your system much longer, even up to 12 hours.

Chances are, you’ll still feel a bit high after waking up. When you ingest marijuana, the effects last through an extended period, but they are also usually stronger and more psychedelic. This is why you should always start with a lower dose and wait 1 to 2 hours for the edible to kick in.

When thinking about the weed hangover, the first thing that comes to your mind is probably a headache, which is fairly common even among the most experienced cannabis enthusiasts. However, there are other symptoms that may occur after smoking marijuana – not only physical but also cognitive.

Speaking of physical symptoms after a heavy smoking session, the most common is – once again – a headache. This symptom usually goes away on its own and is rather mild.

The next thing you may experience is nausea, but it doesn’t last longer than a couple of hours and it’s not as heavy as that kind of nausea you feel after the heavy night of drinking.

Some people experience fatigue or lack of energy and motivation. Irritated, itchy and red eyes are a stoned person’s attribute, but these symptoms may also happen to someone in the morning after an intense night of smoking. If eye drops stopped working, you should blame it on your allergy, as most stoners do.

Last but not least, the commonly named effect of “cottonmouth” may be caused by dehydration, so it’s important to drink some water from time to time when smoking.

When it comes to the cognitive symptoms of marijuana hangover, there are some studies that outlined the process and symptoms, as these effects were in the range of interest of many scientists.

First of all, the research outlined shortened attention span, short-term memory loss, difficulty with motor skills and psychomotor tasks, difficulty with verbal expression and performing math. However, these symptoms were only experienced by a very small number of participants and the scientists considered these effects mild.

Some cannabis users reported feeling foggy on the mind in the morning, which is probably the gentle type of weed hangover.

How to Deal With a Weed Hangover

This situation is very similar to having an alcohol hangover, and there is no magical cure for it. Just drink a lot of water and take it easy for the first few hours in the morning if possible.

When you smoke a lot, you may get dehydrated, so it’s important to drink plenty of liquids right away. You should also eat something gentle on your stomach and wait a few hours before you decide to smoke more green goodness.

The good news is, the weed hangover will not last as long as it would after a night of heavy alcohol drinking. Most of the time, all you’ll need to do is make yourself comfortable and cozy while you wait for this hangover to drift away.

You may want to sleep it off, which is not a bad idea, because your body needs some additional recovery and time to reset. There is a more active option for getting rid of weed hangover. Go for a walk or start exercising, as getting active will always make you feel much better. Plus, a shower after an exercise session will be perfect for waking up and energizing your body.

How to Prevent a Weed Hangover

First of all, you should know that not every person reacts to marijuana in the same way. Some guys out there may not feel the side effects of marijuana the day after heavy smoke fest. Nonetheless, it’s always a good idea to prevent a weed hangover by staying hydrated and avoiding over-consumption.

Try to consume your weed slowly and keep it in moderation. Don’t forget to allow yourself to sleep a lot, as it is of paramount importance to take care of your body’s recovery. Research shows that it’s best to eat vegetables and fruits while avoiding sugary foods.

One of the key things to remember when speaking of weed hangovers is that overdosing on cannabis will never be as dangerous as overdosing on alcohol, and it usually resolves itself with time. Don’t forget that there is no single case of a lasting effect to an overdose of marijuana, and many heavy smokers may never experience a weed hangover.