Microdosing Cannabis – Is it for you? 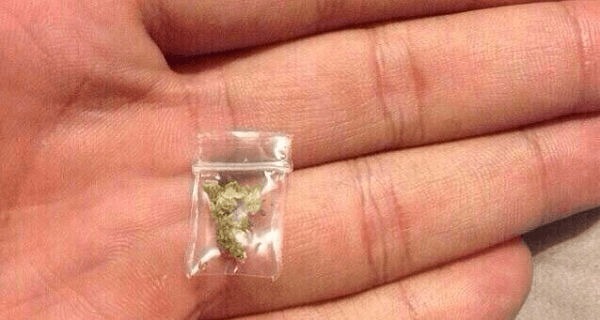 If you’ve ever wondered how you can tell if the times of wild youth are gone for good, ask yourself one question: do you still feel the need to get super-stoned? Or do you prefer a nice clear-headed vibe during the day? If it’s the latter, you may very well be entering a new stage in your life. The the one at which you seek less intense feelings and more stability. It must just be time to take a look at microdosing.

You may still enjoy a large blunt after a week of heavy duties. But it’s now  a far cry from being a habit. As the marijuana legalization movement gains momentum, a new mantra has emerged. It’s called microdosing. It’s perfect for people who prefer to revel in tiny bits of the green pleasure throughout the whole day.

We’ve seen a seismic shift in marijuana consumption methods. As such, this new pattern of cannabis use has gained amazing popularity among marijuana enthusiasts. Users appreciate its efficiency and the whole idea of drawing from medical benefits of THC while avoiding potential side-effects.

Take a peek at this new concept and learn how to approach microdosing on cannabis.

Microdosing cannabis is, in short, taking very measured and micro doses of marijuana in order to get slightly below the perceptible “high”. Therefore, a user ends up with a sub-perceptual effect which is so subtle that it won’t influence his or her mood and mindset. Microdosing marijuana has been called the experience of being on the verge of feeling stoned.

There are countless benefits of microdosing cannabis. Nonetheless, one of the brightest sides of this technique is its potential to finally defeat the “druggie-stoner” stereotype. In fact, a couple of years ago, nobody would’ve even thought that less is really more in terms of consuming marijuana.

Now, as microdosing cannabis gains popularity among its consumers, the herb may set the new trend in the world of medicine. This would entail the creation of legal framework for reliable dosage and ingredient information. Not surprisingly, that is of utmost importance when it comes to using drugs with purposeful intent. It really DOES make sense, doesn’t it?

I bet there have been countless times when you’ve aimed at that sub-perceptual experience, regardless of your given circumstances. So there you go! Microdosing can empower you to enjoy being “body functional and mind free”. Actually, the quoted expression is the essence of microdosing marijuana.

Now, it’s time to learn how to escape the world of garage bong passers and enter the realm of responsible stoners that society believes can’t possibly exist – at least not on a large scale.

Source: Out Of Mind

The key to microdosing cannabis the right way is to know the starting dose. What’s the ideal ‘novice’ amount of THC? It’s believed that 5 milligrams should do the trick. However, the ideal starting point may vary depending on some factors. For example, Jeffrey Zucker, weed investor, suggests taking sub-5 mg doses. One edibles producer has studied this case according to sex, claiming that women can decrease the dose to 2-3 mg.

As you probably know, the variations go far beyond the matter of sex. The individual-dependent character of marijuana use means that there are more things that affect the perfect ‘dose’ of marijuana for beginners, namely the body type, mood, appetite, sleep habits, and weed tolerance. To cut the long story short, it’s all about trials and errors, so if you can take it slow and steady, it’s all the better.

Because of the ‘bi-modal’ nature of cannabis, medical professionals also recommend microdosing marijuana for the attainment of better mood and work results during the day. It’s important to understand that low doses cause different effects than higher cannabis doses.

In terms of microdosing marijuana, there are three options:

Now that you know the right approach to microdosing cannabis, it’s high time you learned why people prefer to take it slow and steady.

The Benefits of Microdosing Cannabis

Remember the LSD microdosing in Silicon Valley? Well, many professionals use cannabis in such a way for workday benefits such as increased creativity and better focus.

To be honest, there’s more than meets the eye in terms of the cannabis microdosing. Among the plethora of conditions treated with small doses of THC, you will find anxiety, chronic pain, stress, ADHD, indigestion, depressive stances, and inflammation.

Moreover, unlike LSD and magic mushrooms, safe daily cannabis microdosing actually exists. The upcoming revolution in marijuana consumption methods has made employment lawyers seek better solutions for workplace policies towards marijuana. Despite their experience and skills, many people are rejected for the job because they are admitted marijuana users. Microdosing the herb may eventually lead to serious changes in the work law so that all employees are treated equally.

But what if you miss the sweet spot and overindulge on marijuana? Don’t worry, you will return to your shape just fine after you sober up from the prolonged sleep, which is actually the worst thing that can happen to you when you take too much THC. If, for some reason, you can’t allow yourself to go to sleep during the day, there are capsules containing CBD. This cannabinoid counters the effects of THC. It’s really a ‘safety valve’ for novice microdosers who’ve gone too far with their cannabis dosage.

To sum up, whether you’re a grown-up stoner who wants to slow down on weed for the sake of better efficiency at work, or you’re just curious if this new approach to consuming marijuana works for you, microdosing cannabis is undoubtedly worth your while.

What’s your experience with microdosing weed?