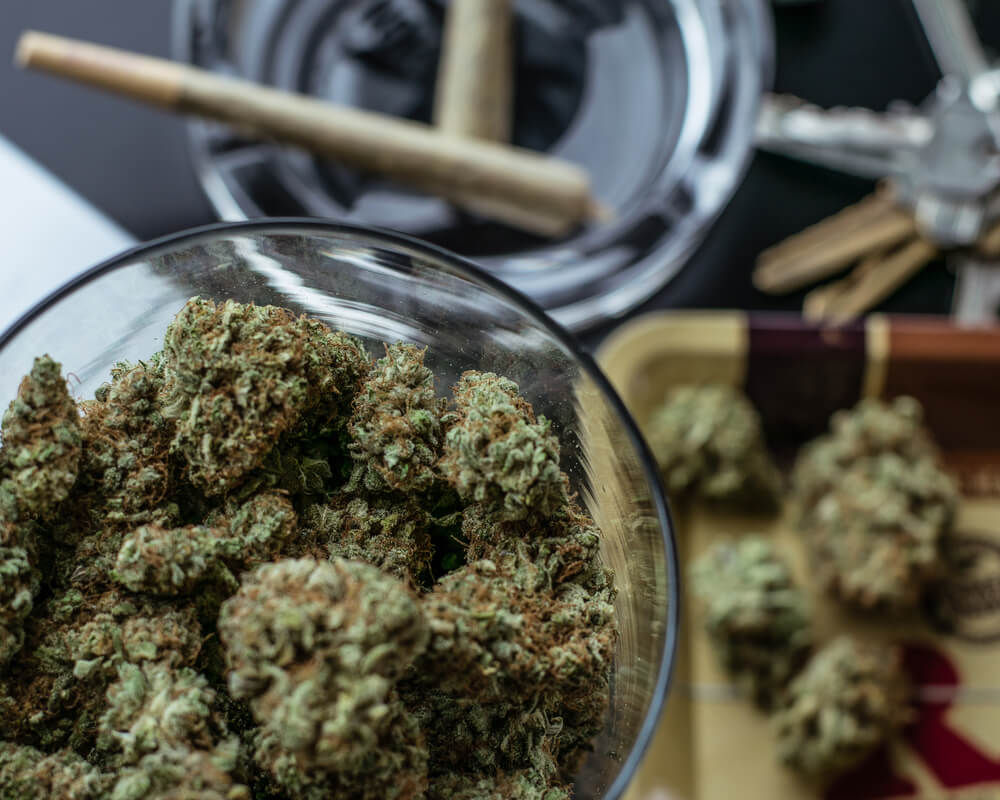 When discussing the best Indica strains, a couple instantly comes to mind, including Death Bubba, Purple Kush, and Nuken are household names at this point, but what about Mazar-I-Sharif?

Haven’t heard of it? Don’t worry. You’re not alone.

Mazar-I-Sharif isn’t your typical run of the mill strain. However, after reading why it’s emerging as a fan favourite, we fully expect you to be clamouring to get your hands on it. Lucky for you, we know precisely the place.

As mentioned, though, we need to clear the air because this isn’t a strain you find at any old dispensary.

So, what is Mazar-I-Sharif? Good question. Let’s take a look.

Mazar-I-Sharif, or Mazar for short, is an Indica-dominant hybrid strain. It’s thought to be the offspring of other local landraces. Still, due to genetic stability, it is now the crossbreed of Skunk #1 and Afghani.

The strain originates from Mazār-i-Sharīf, a city in Afghanistan brimming with cannabis culture, although you’ll never hear that from cannabis magazines.

The City of Mazār-i-Sharīf has a long history of marijuana cultivation. The city boasts one of the largest outdoor marijuana cultivation projects in the Middle East. Although it’s well known for an array of strains, the hometown Mazar-I-Sharif is its standout product. One good look at the plant, and you’ll see why. 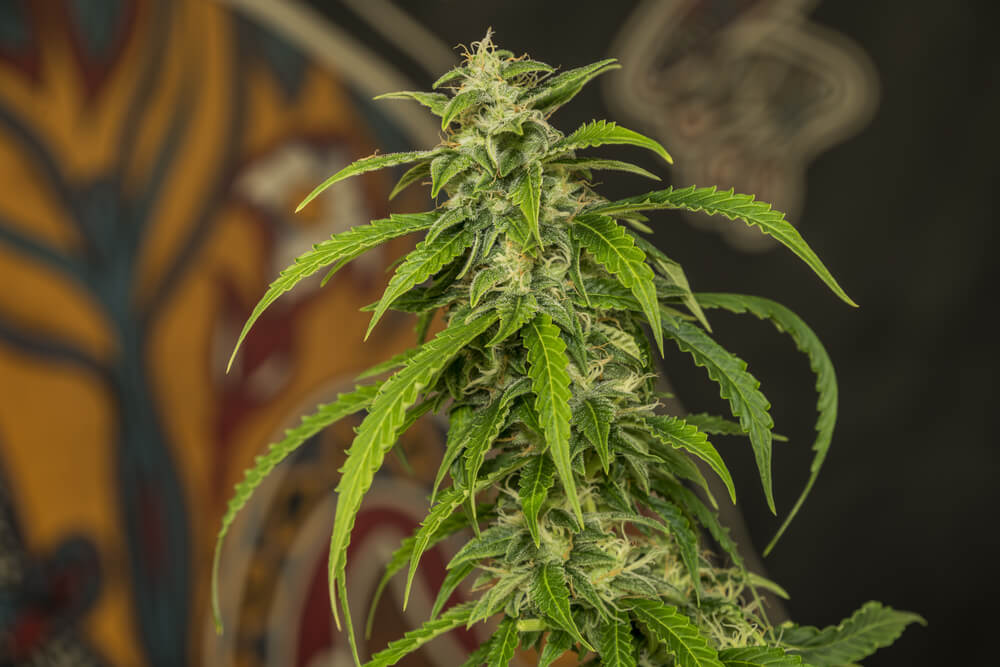 Typical Indica plants are short and bushy, especially the outdoor variety. Not with this strain, though. Mazar is a beast of a plant, often growing 3 to 4 metres in height!

Unfortunately, the buds aren’t super-sized as well. However, they are dense and uber-resinous compared to most strains, featuring an array of tight fire-red hairs. Thanks to its abundance of trichomes and resin, Mazar-I-Sharif is a prime choice for making hash, rosin and many other concentrates.

This reason is one of the primary factors that makes Afghanistan a top leader in hash production worldwide.

According to this data, Afghanistan is thus one of the world’s largest producers of hashish with an estimated 1,500 to 3,500 tons a year.

Although its appearance is relatively average, the aroma and flavour of Mazar-I-Sharif is something to behold, combining an eccentric lavender and peppery taste with an earthy and sweet aroma. It’s a combo seldom found, yet delightful once given a chance.

Clearly, Mazar is a unique strain, but with an aesthetic this robust, how do the effects compare?

What is Mazar-I-Sharif Good For? 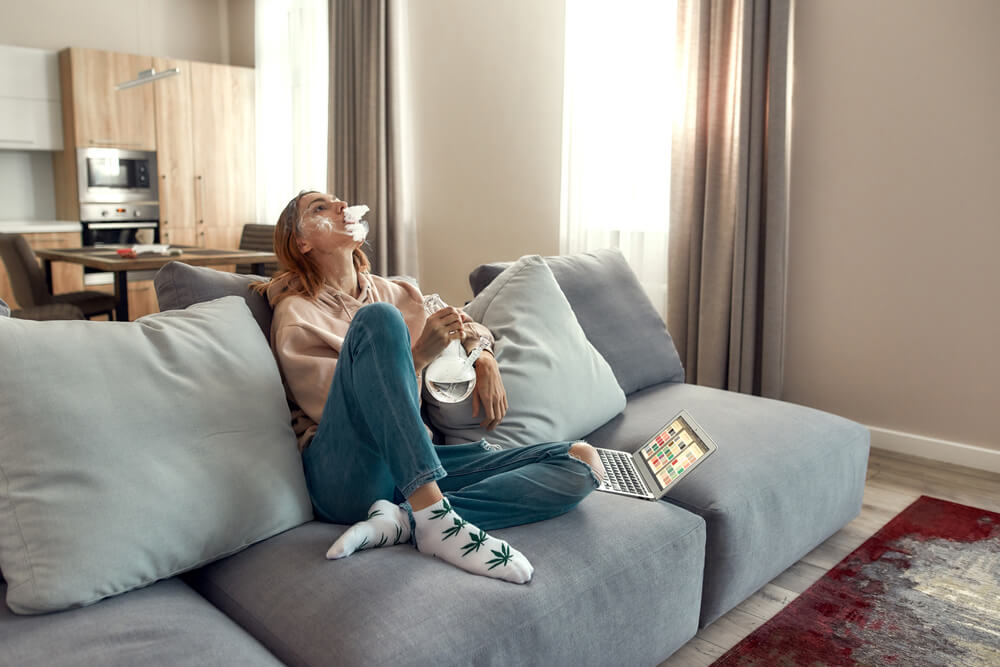 The real question is, what isn’t Mazar-I-Sharif suitable for? The only real answer is nothing. Well, maybe smoking a blunt in the morning isn’t the best idea. Still, in low doses, we suspect a little day-time Mazar session never hurts.

All jokes aside, the Mazar-I-Sharif strain is a brick of euphoric dynamite. The strain routinely garners 20% THC buds, making it like driving into a brick wall.

For the most part, it’s best to save Mazar for after a happy hour. The strain’s powerful sedation due to it being Indica-dominant slows time, potentially shackling you to the couch if you’re not careful. However, this is a good thing for many reasons, one of them being a state of blissful and powerful relaxation.

Mazar nullifies any muscle tightness or soreness, turning your body into a batch of freshly boiled spaghetti. Say goodbye to achy backs from sitting at a desk all day!

With sedation of this strength, it should come as no surprise that Mazar is an excellent medication to knock you out cold. Those who can’t seem to get to bed on time or string together more than 4 or 5 hours of continuous sleep are more than encouraged to use Mazar-I-Sharif. Pack a pipe, bong or vape a couple of hours before curling up for bed.

Wind down with weed, not wine.

Will Mazar-I-Sharif Get You HIgh?

Unless the term “high” has changed in the last hour, then yes, Mazar-I-Sharif gets you high as a kite.

If you’re smoking a joint, odds are Mazar’s effects will begin to creep in before the session’s done. A tingling sensation arises that spreads throughout the body, like pulses or waves of euphoria. The feeling intensifies until the entire body and mind buzzes.

Simultaneously, with the body beginning to numb from the THC, the mind’s euphoric journey heightens. Feelings of elation and joy are plentiful as the stresses of daily life and depression melt. Releasing you from the burden of mental anxieties and taking the world off your shoulders.

At this point, with a feeling of peace about existence, many contemplate life at new depths. Questions on your journey, path, how things are and what changes to make present themselves.

You may not always have the answer, but the most crucial part is to knock on the door and ask the questions.

Mazar-I-Sharif – Try it in Hash

Mazar-I-Sharif is more than a 1-hit wonder. Take only 1-hit, and you’ll never wonder why.

This Afghani and Skunk #1 hybrid is a sweet and earthy strain that features a lovely lavender hint. With a 20% THC profile, it’s a heavy-hitter that’s high and is abundant in euphoria, introspection and sedation.

Puff some of this and find yourself floating like a cloud on a sunny afternoon in September. You’re hard-pressed to find a strain of this magnitude that’s not on most people’s radars.

As we said before, due to its abundance of trichomes and resin, Mazar-I-Sharif is an ideal strain for creating hash. 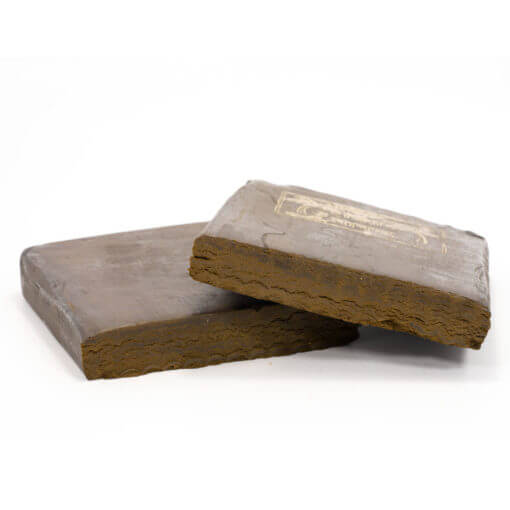 If you’re looking for a full, rich and potent experience and perhaps the most authentic method of enjoying the Mazar-I-Sharif strain, we would highly recommend consuming it in hash form. The delightfully spicy taste and smooth toke allow for a pleasant, relaxing smoking experience that is sure to leave you feeling all sorts of mellow and content.