What is Skunk Weed? Why Skunky Weed is Famous 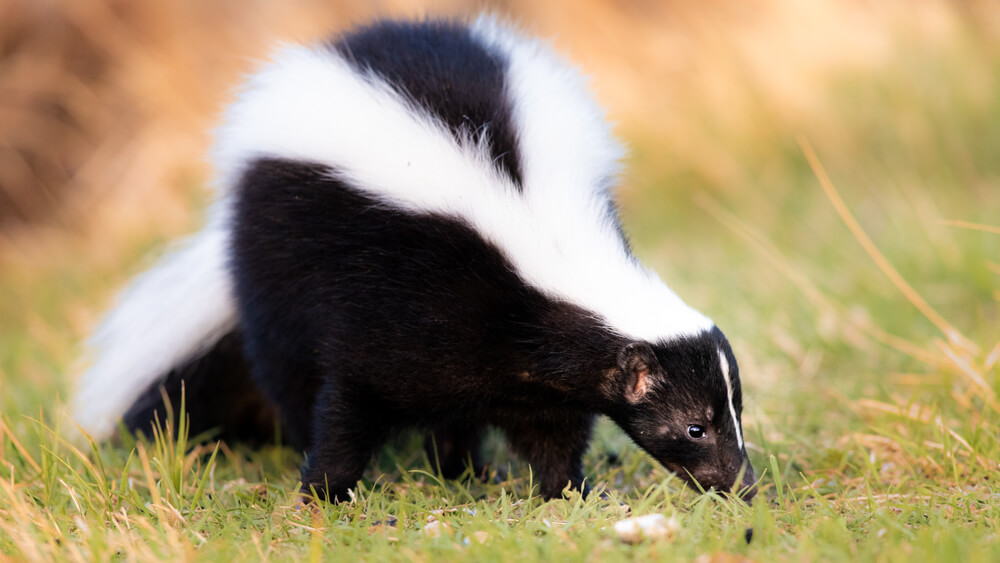 Finding the best weed strains is an ongoing process that changes over time. What never changes is the desire for high-quality cannabis at a reasonable price. So, where does skunk weed fit into this lifelong journey?

Skunk weed is often used differently depending on where you live and your cannabis experiences. However, no matter where you’re smoking, it’s generally recognized to be some dank stuff.

But where the skunk term originate from, and why is it being used to describe weed? Is skunk weed really better than regular ol’ weed? If any of these questions plagued you, keep on reading. The truth might just surprise you! 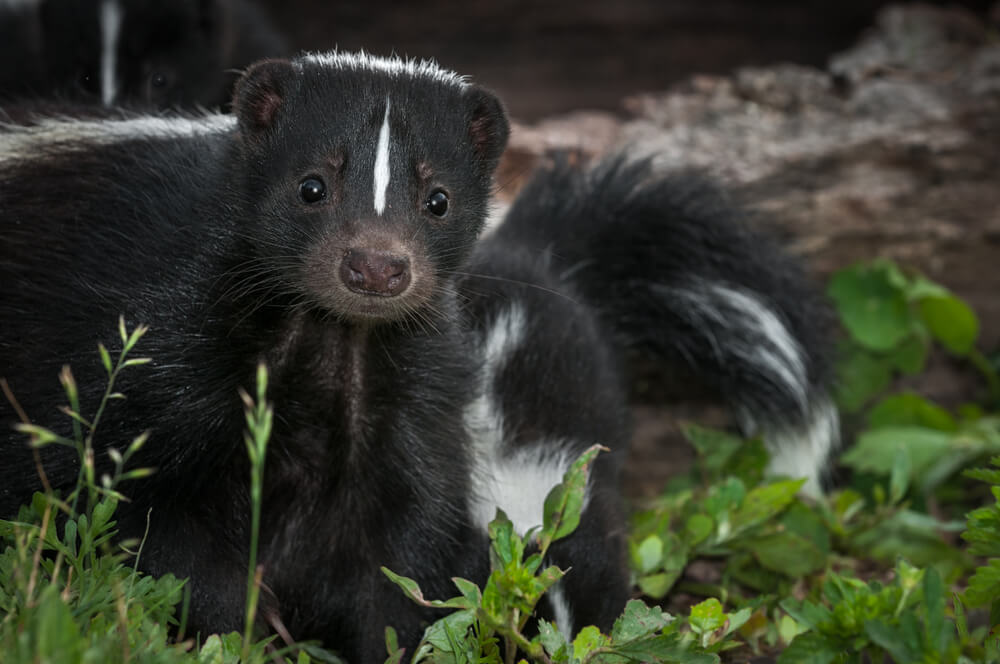 The quick answer to this question is the smell. If you have ever taken a sniff, you understand just how skunky weed can smell.  People who live near skunks have undoubtedly experienced the same situation, wondering, ‘is that a skunk or weed?’

The smell comes from terpenes, naturally produced compounds in cannabis plants, as well as many other plants in nature.

These smell-producing compounds are responsible for the wide range of bouquets found emanating from buds. From the plant’s point of view, these terpenes serve defensive functions. They help fend off bacteria, microbes, and pests that want to eat plants.

The pungent skunk smell comes from a combination of terpenes, including pinene, myrcene, and limonene.

Of these three terpenes, it is myrcene that most closely resembles the musky skunk smell. Other ways to describe this skunky aroma include terms like sulphur, fuel, and rotten eggs.

While the term is now used to describe just about any strain that comes with this musky aroma, the history began with just one strain, known as Skunk #1.

The History of Skunk #1

The original Skunk #1 was bred in California by David Watson in the 1970s.

Later, he became known as ‘Sam the Skunkman’ due to this same strain. Sam combined three landrace strains, Colombian Gold, Afghan, and Acapulco Gold, to create this legendary breed.

Both Acapulco and Colombian Gold are sativa landrace strains. Afghan is a landrace indica strain from Afghanistan. The combination of genetics produced an uplifting strain with bright citrus notes that also promotes deep relaxation. This hybrid made a name for itself through this unique mixture of effects.

While the story starts in California, it quickly crossed the Atlantic ocean. David Watson brought Skunk #1 seeds to Amsterdam in 1982.

In no time at all, the local growing community fell in love with this strain.

Furthermore, Skunk #1 produces very pungent buds that are accurately described as skunky. Once David Watson took a whiff of this strain, the name wrote itself.

In the following years, this strain rapidly grew in popularity, especially among indoor-grown strains. Skunk #1 also went on to win numerous awards, including the inaugural High Times Cannabis Cup in 1988.

Over time, “skunky weed’ became synonymous with great weed in general. Since skunk weed’s pungent scent was so infamous, the vernacular quickly evolved to encompass the entirety of the cannabis world.

However, is “skunky weed” actually a good determiner for good weed?

The cannabis aroma that we all love comes from terpenes. But, on the other hand, it is the cannabinoids that get us high and produce other therapeutic effects. So does a more pungent smell mean better weed?

Yes, in regards to general bud quality. Growers who can achieve good terpene content (those smelly buds) are highly regarded because this task is not easy.

Small batch indoor grows are generally the best option for producing such high-quality bud. However, it is difficult to achieve the same high terpene content with outdoor and greenhouse-grown buds.

Furthermore, maintaining the terpenes throughout the drying and curing process requires additional effort. Even the best buds can be ruined by doing these stages poorly.

That said, efforts to maximize one group may reduce the content of the other. It also depends on the drying and curing, as cannabinoids are somewhat more hardy than the volatile (easy-to-lose) terpenes.

So yes, a good terpene content is often a sign of good overall bud quality, but not always. Fans of the entourage effect would argue that terpenes enhance the impact of cannabinoids, increasing their importance.

However, this does not mean that these buds will get you higher! Cannabis can be highly potent and yet not have a pungent scent. Conversely, weed can smell great but also be subject to inadequate drying, curing and refinement processes.

Without the proper processing in place, even the best smelling weed can taste ashy and burnt!

Depending on the growing conditions, drying and cannabis curing process, you can find some amazing buds that do not smell skunky at all.

How to Spot Skunky Weed 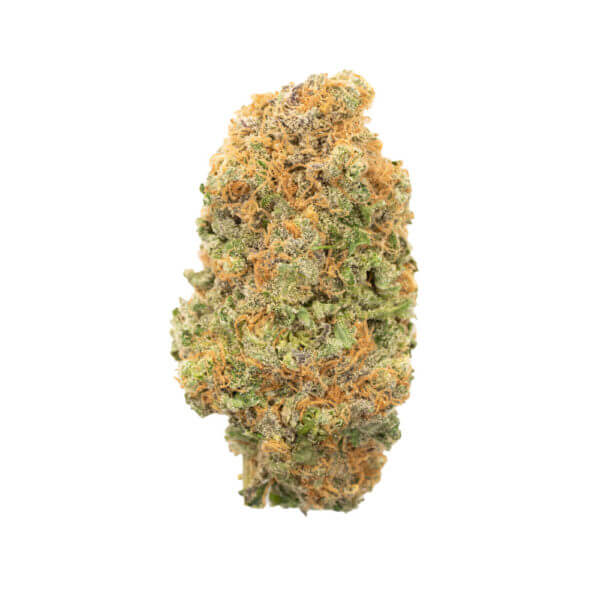 The best way to spot Skunky cannabis is by doing the smell test. Unfortunately, a visual test alone cannot often provide you with a solid idea about the scent. That said, sometimes you do look at a bud, and you know it’ll be skunky.

To confirm, smelling the buds before buying them is by far the best way to guarantee skunky cannabis.

Another way to get a good idea of what to expect would be to check out the stats. First, you can analyze the strain name.

If it has ‘skunk’ in it, there’s a good chance the Skunk #1 genetics are involved in the lineage. In these cases, you can be confident you’ll find really skunky cannabis.

Second, if the strain is an indica or indica-dominant, you’ll be more likely to find that skunk smell.

Some examples of strains with skunk genetics include:

Any of these buds are bound to have an intense and skunky aroma!

Pungent, skunky-smelling weed is synonymous with high-quality weed, but this is not always the case, as we’ve learned throughout this article. The skunk moniker grew famous because of one strain, Skunk #1.

As the weed world gets more competitive, it wouldn’t be surprising to see some seed banks and dispensaries co-opting the term to market their strains as high-quality, even if they don’t contain any Skunk #1 genetics. Sometimes, the strain itself might not even smell skunky!

Whatever the case, we’ve learned that while pungent-smelling weed is often a good indicator of quality, it’s not the only one. Smell, while important, is not large enough of a determining factor alone to tell if a strain is good or not.

So, the next time you visit a dispensary or buy weed online, be sure to check the genetics! That skunky weed strain you’re fiending to buy might not even be ‘skunky’ at all!