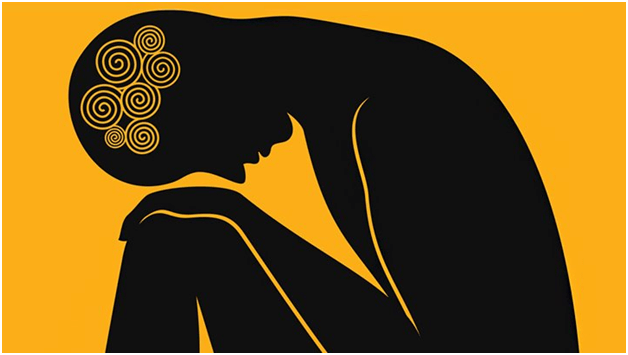 Among multiple medical conditions in which marijuana can be helpful, physical illnesses are most often in the spotlight. We hear a lot of stories from people who have suffered from a wide range of physical diseases, from cancer to diabetes and AIDS. However, psychological disorders are a much less common topic in the medical community. That’s why today we focus in on the connection between marijuana and depression.

Fortunately, as marijuana sheds the stigma it has long been burdened with, there are more and more voices coming from people who are speaking out about how marijuana has assisted them in dealing with mental illnesses.

Doctors and researchers are beginning to investigate the issue of various mental disorders. Studies have found that cannabis can be used as a successful treatment method in fighting anxiety and PTSD. The question is: can marijuana help patients defeat depression, one of the most threatening and yet often neglected psychological ailments?

There is more to depression than what we may see on the surface. In fact, depression is a complex mood disorder that has a negative influence on how we work, sleep, eat, or have fun. It’s because depression is expressed in the inability to feel happiness and pleasure. Moreover, depression comes in several forms:

According to the World Health Organization, there is approximately 350 million people of all ages suffering from depression, which makes it the major cause of disability around the world.

What are the causes of depression? The list of factors is long, but the most common causes include:

Now, let’s talk about the symptoms of depression.

The Symptoms of depression

Although each person is somewhat unique, hopelessness and lethargy are good indicators that you may suffer from depression. They’re accompanied by the feeling of low self-worth, shame, guilt, or the inability to feel joy.

Most of the time, these symptoms lead to short tempers and irritability, with a serious dose of reckless behavior, sleep issues, and the inability to make decisions or even remember things. Note that the symptoms of depression don’t just fade away. On the contrary, they become worse and more intense over time.

At its most intense stage, depression may lead to suicidal thoughts. Without immediate help, thoughts may become actions sooner than one would expect. Moreover, people who suffer from depression are not keen on speaking out about their issues. Instead, they master the art of pretending, which is why you often hear statements like “I didn’t know he suffered from depression.” Or, “She seemed to be completely fine, at least that’s what she told me”.

According to the Centers for Disease Control and Prevention, suicide is the 10th leading cause of death in the United States. In 2014 alone, CDCP reported over 42,000 suicides, which equals one death every 15 minutes.

When it comes to marijuana and depression, the herb has actually an impressive historic record. Cannabis has been used to treat depression since 1621, when Robert Burton, English clergyman, suggested his readers use marijuana for this mental ailment in his book “The Anatomy of Melancholy”. During the same period, doctors in India admittedly used and recommended the use of cannabis for depression.

Contrary to popular antidepressants, cannabis actually deals with the problem instead of just masking it. By stimulating the endocannabinoid system, the herb is able to increase your serotonin levels and it interacts with anandamide, a naturally produced endocannabinoid, responsible for mood and hunger. This natural remedy provides patients with peace of mind and decreases the level of stress by enhancing our mood, spurring energy and focus, and – above all – helping to relieve insomnia.

As a 2006 study found, regular and occasional cannabis users tend to have lower levels of depressive symptoms than those who don’t consume it. Another study, conducted by the University Medical Center Utrecht, in the Netherlands, approved that marijuana can alter the response to negative images or emotions. This happens by activating the endocannabinoid system in the brain. Moreover, cannabis use is associated with improved cognitive function in people who struggle with bipolar disorder.

Despite its therapeutic properties, THC can worsen the mood when consumed in high doses, leading to feelings of paranoia and anxiety. Fortunately, CBD counters the effects of THC. So, if you’re looking for help with your depression, it’s best to find a CBD-rich strain with lower concentration of THC.

Apart from anxiety and paranoia caused by the high dosage of THC, there are no serious risks of using marijuana for depression. There was a survey about marijuana usage for chronic pain, and 71% patients didn’t report any significant mental side effects. Six percent reported throat irritation. The researchers at University of Buffalo are on their endeavor to figure out if cannabidiol (CBD) could also boost mood without leading to any dependency thanks to being not psychoactive at all.

Frankly speaking, further research needs to be done. However, as long as cannabis is not legalized universally and depression isn’t qualified as a disease allowing patients to use medical marijuana, the road to further research remains blocked. Let’s hope that sooner or later (preferably sooner), the whole situation will change.

If you have a story of your battle with depression, feel free to share it. Let the world know that cannabis may be, and actually is, a natural antidepressant that works better than prescription drugs.