Crossfaded High: What to do When You’re Drunk and Baked

There are occasions when people enjoy getting drunk or indulge in getting high, but when you combine the two, you get an effect known as being ‘crossfaded.’

The term might be familiar if you frequent party-prone social circles. But even if you are more of a homebody or enjoy smaller get-togethers, you’ve likely seen or even experienced the crossfaded high before.

For those who haven’t, we’re here to break down what to expect and outline some potential fixes to help curb any surprises should you or someone you know come to experience this sensation.

What is a Crossfaded High?

A crossfaded high is a high you experience when you mix the vices of weed and alcohol. You can also cross weed with other drugs such as shrooms, but weed and alcohol are the most popular combination.

For the most part, the most common way for users to become crossfaded is when they drink alcohol and smoke weed closely together.

Unlike beer and liquor, the order doesn’t really matter, but the crossfaded phenomenon occurs most often when you smoke after a couple of brews! 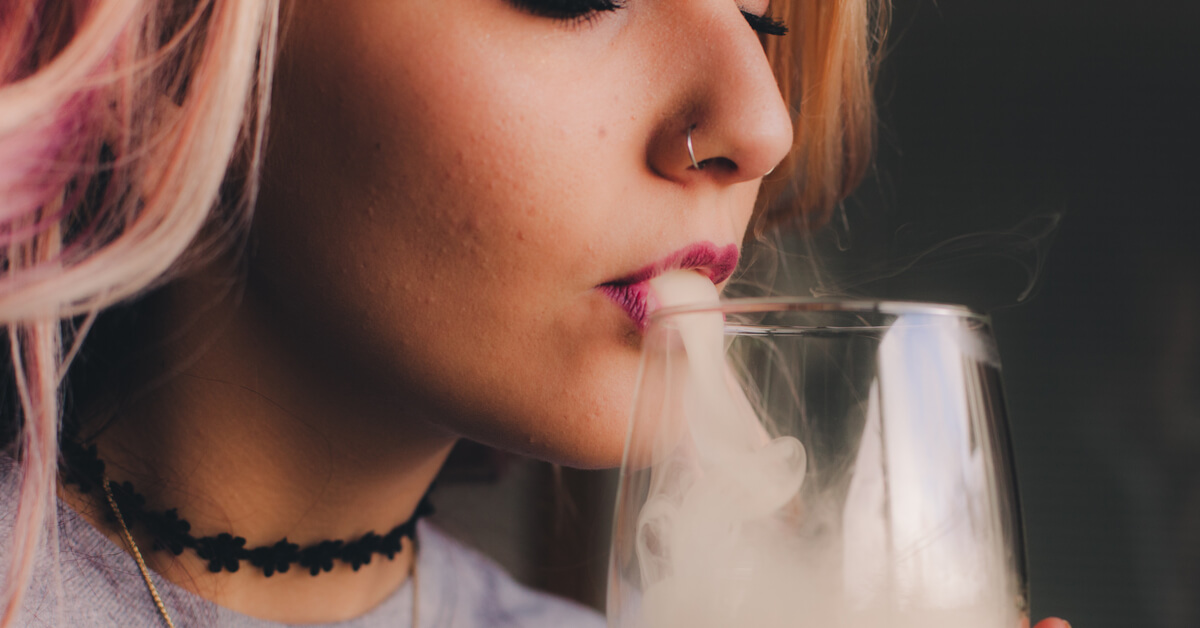 Describing the sensations accompanying a crossfaded high is difficult. As with any psychoactive experience, words cannot describe the feelings or experience that a substance can cause.

After all, can you describe what being high feels like beyond the munchies and the giggles?

Despite popular misconceptions, a crossfaded high is not something you’d want to experience. Being drunk is fun and being high is even better. However, while it might make perfect sense in our heads to combine the two, mixing weed and alcohol is just a recipe for disaster.

If you’re way past the point of tipsy and bordering on drunk, then your mental capacity and coordination are already going to be stunted. Throw weed into the mix, and you’re in for a case of the woozies.

You’ll have trouble not only staying upright but staying up, period! You might be able to get away with being crossfaded if you end up smoking a sativa or a hybrid strain, but if you made the mistake of hitting an indica, it’s game over. Night night, friend.

The room will constantly be spinning, and you’ll wonder whether you’re going to be okay. Intense paranoia and anxiety will set in as you try to stay calm and keep control of your body.

At best, you’ll feel nauseous. At worst, you may suffer a panic attack, throw up, and green out.

Although we caution against chasing after a crossfaded high, those who are feeling more confident can do so if they practice responsibility. There’s nothing wrong with enjoying a beer or two with a joint.

However, there is a problem when you hit a doob after downing 5 or 6 shots.

Why Does it Happen?

Science is just beginning to scratch the surface in terms of cannabis and its effects on the human body. With legalization measures sweeping across the world, it’s only a matter of time before we unlock weed’s hidden secrets!

That said, the effects of mixing weed with alcohol remain relatively unknown. It’s safe to assume that it’s not positive, but there might just be some clues as to why we feel the effects of alcohol and weed so strongly when consumed together.

For instance, one study demonstrated that THC reduced the duration of high blood-ethanol levels in the body when weed was smoked afterwards. Essentially, it reduced the amount of time it took for our bodies to metabolize the alcohol, meaning that smoking weed after a few cold ones can actually help us sober up!

However, that doesn’t mean you should have an apré-doob after a night out drinking!

Another study shows that THC levels in the body actually increased when weed was smoked first, and alcohol was consumed second. Researchers found that alcohol acts as a catalyst for our bodies to absorb THC more efficiently.

Both studies emphasize the order of consumption for consuming both weed and alcohol, but let’s be honest, they aren’t real-world examples. When you’re on a night out on the town with your buds, it can be easy to absentmindedly drink a few stiff ones, burn down a couple of joints, and head back in the bar without a second thought.

However, while it is easy to fall into these habits, it’s crucial to remain diligent and pay attention to what you’re ingesting. It could save you from a super unpleasant crossfaded experience.

How Long Does it Last? 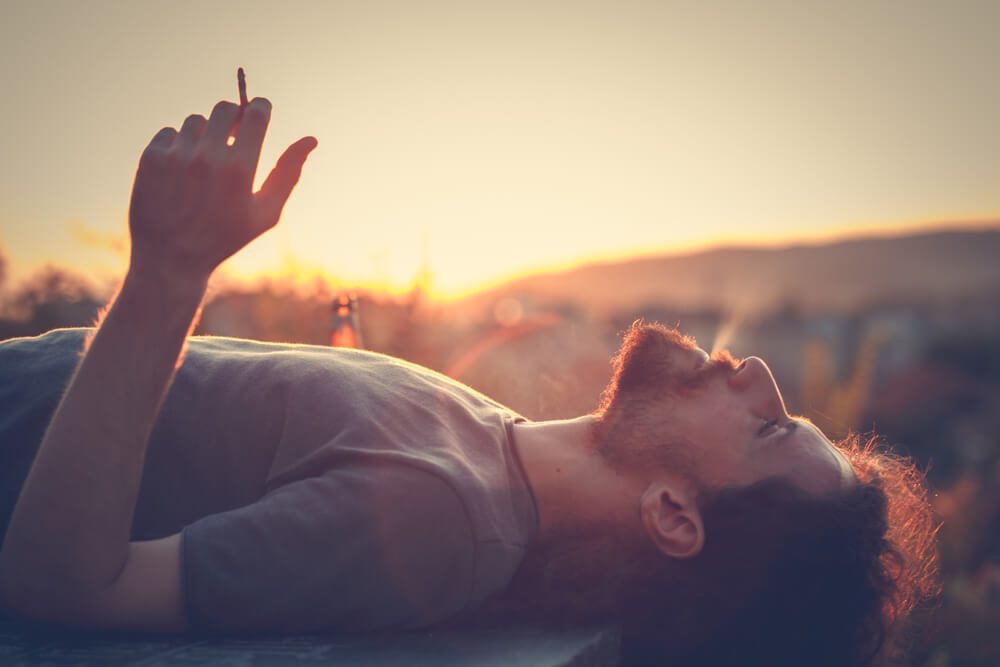 A crossfaded high will last as much as the amount of weed and alcohol you have in your system.

If you’re a strong smoker and a strong drinker, expect to stay zonked out until the morning. If you’re just hitting the doob once or twice in the rotation and nursing a drink in between, you can expect to sober up within the hour.

In this way, a crossfaded high duration ultimately depends on how much of each substance you consume.

Can You Stop a Crossfaded High?

If there was an instantaneous hangover or green out cure, you can guarantee that their creators would go down in history. Unfortunately, there are none, and that’s including folk remedies.

Still, there are a few things you can do to make the experience go smoother!

You’re drunk, and you’re high. Alcohol is known to dehydrate you, while weed is notorious for giving its users cottonmouth. Although it won’t make your crossfaded high go away, drinking water can help combat these symptoms and make it so you won’t feel sick.

If you’ve been feeling nauseous and throwing up, it’ll also replenish the fluid levels in your body.

Whether it’s a green out or a weed hangover, nobody wants to nurse either in a noisy room or environment. If you’re suffering from a crossfaded high, you’re experiencing both these sensations at the same time, so this is doubly important.

Leave the club and bars behind and try to make your way back home or, at the very least, find a park or a similarly quiet place to sit and relax. Your head will stop pounding, your heart will stop jumping, and you’ll be free to focus all of your mental and physical energy to recovering from your bad decision. 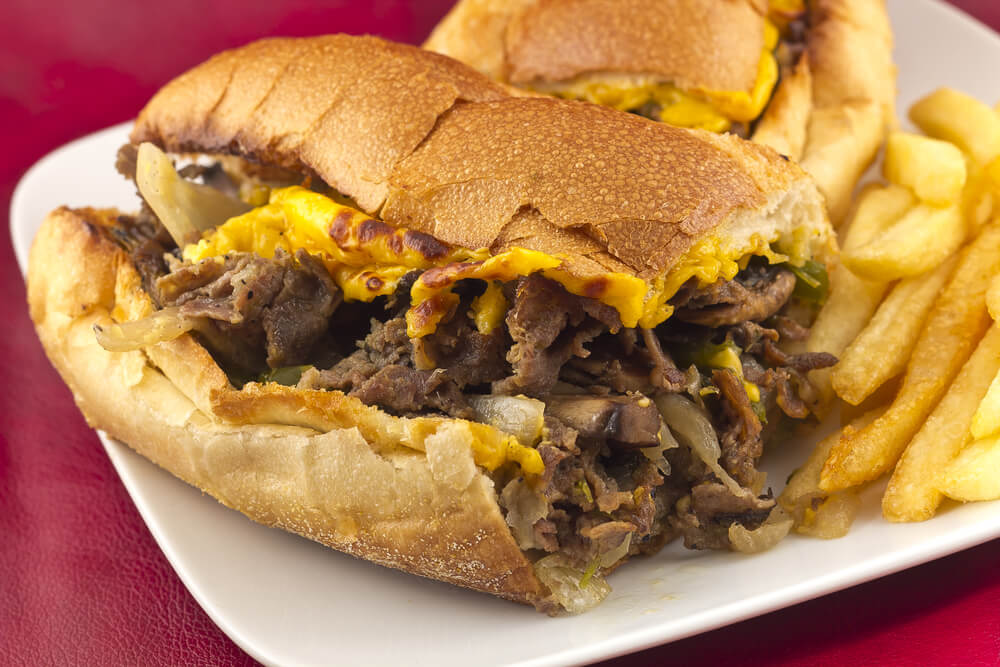 We don’t know about you, but we always feel better after having some food after a night out drinking. Nothing satisfies the stomach after boozing, quite like some greasy food!

Since you’re drunk and high at the same time, your craving for food will be even more intense, but only if you’re able to remain conscious and cognizant of what’s going on! Eating something can help combat your nausea and speed up your recovery.

Obviously, don’t indulge in 3 or 4 greasy burgers in a row. Still, a small container of fries or even a donair, hot dog, or similar nightlife food fare will do wonders in comforting you both physically and emotionally.

Is a Crossfaded High Worth it?

If you’ve never suffered from a bad crossfaded high before, you’re never going to be able to appreciate the consequences of going through one. Even those who have suffered from one before will attempt to weather the storm a few months or even weeks after the fact!

For us, a crossfaded high is never worth it. Why combine these 2 substances when they can already stand so tall on their own? We recommend tokers not to smoke and drink, but we know our advice may fall on deaf (or high) ears.

If you’re planning on getting crossfaded yourself, just remember to take it easy. You might be able to down 5 shots in a row on a good day, but an extra joint could mean the difference between a good night out and an awful and unsafe time.