This just in, I’m a woman and I love cannabis. It’s so relieving that the legalization of weed is gaining pace each year, because truth be said, this plant was just made for us. It’s no longer a hobby, you know. Women and weed, as we have finally discovered, is a good match. After all, we draw the greatest benefits from using marijuana.

Let me show you why the herb fits our needs like a glove.

1. We Think More, Which Is Great

I mean, come on, women think all the time, and there’s nothing wrong about it. On the contrary, since we’re constantly chasing thoughts, we are able to take care of so many details at a time, come up with brilliant ideas, and – last but not least – see what guys don’t. Pair it up with our innate intuition and you’ll understand why they say that behind every great man stands a powerful woman… and rolls her eyes.

So, how does cannabis fit in here? If you’ve ever smoked some classic sativa strain, such as Jack Herer, for example, you’ll stop asking questions. Women benefit from the cerebral and euphoric high from sativa strains – or sativa-dominant hybrids – that keep us sharply focused on our daily chores, help us stay motivated throughout the day, and boosts our creativity to the limit. A productive and happy woman is a powerful woman, keep that in mind.

2. We Think Less, Which Is Great, Too 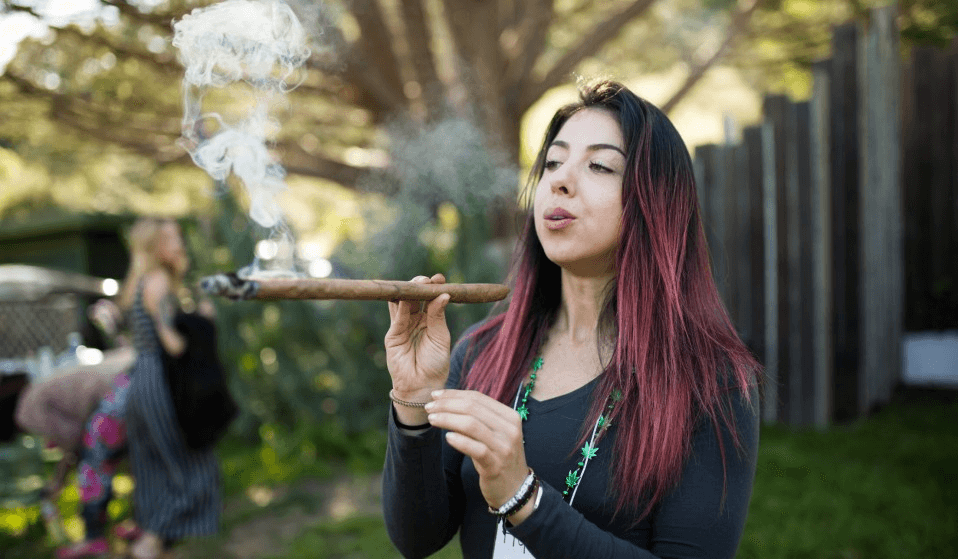 Let’s be honest, overthinking stuff may leave your mind in a really, really bad stance. I’ve always envied my fiance that he has this secret drawer in his head; the drawer filled with void, where you won’t find a single thought – and even if you do, this thought will be so elusive and insignificant that the void will devour it within seconds.

That was unimaginable for me.

Until I vaped OG Kush in one of the Netherland’s famous coffeeshops. Frankly speaking, I remember having that large tabletop vaporizer right in front of my head, drawing a couple puffs from the whip, and nothing else. Sweet, sweet nothing.

Don’t get me wrong, I didn’t pass out or anything like that. I just entered some weird “Zen” state of mind, something of which I’ve only heard from my fiance. I could tell how it felt to experience an undisturbed peace in my head, and that was a purifying feeling.

This, in turn, brings us to the third argument in favor of our relationship with cannabis.

3. It Washes Away Stress and Anxiety 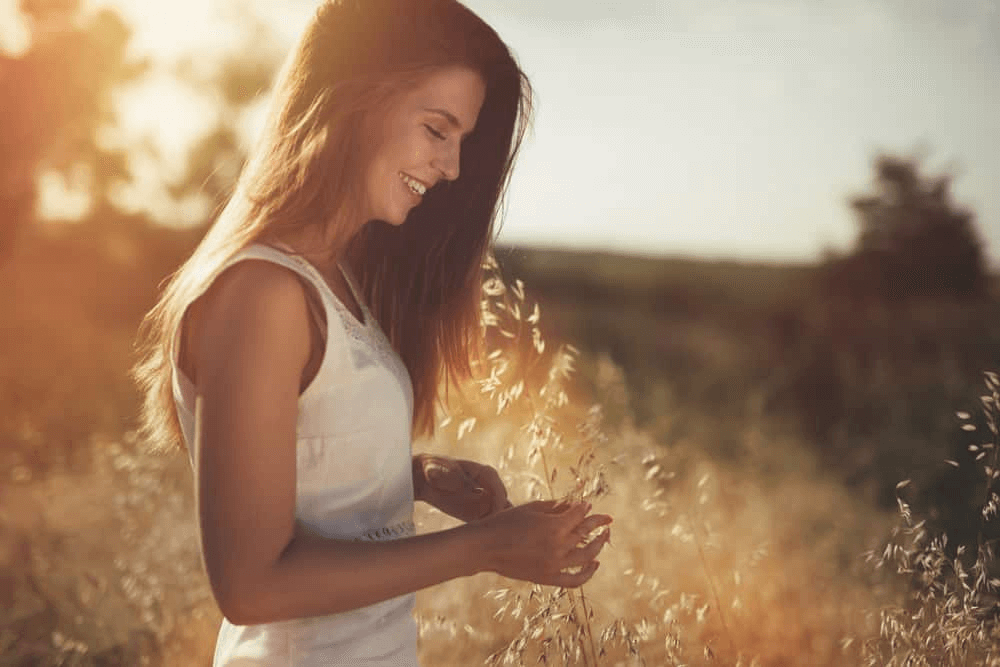 “Generalized anxiety disorder and depression are twice as likely to occur in women than in men,” says Anxiety and Depression Association of America.

Well, it’s no wonder we’re in the group of increased risk. Pregnancy, societal pressures, hormonal changes, postpartum depression, the tendency to overthink – they are all to blame for this fact.

Cannabis has profound effects on the brain’s endocannabinoid system, one that is responsible for regulating mood-related issues, such as anxiety and stress. Weed’s ability to relieve tension and bring tranquility is invaluable for women.

On the other hand, consuming too much weed at once is also not good for you. Read more about this here.

4.Maintaining Your Weight Is Easier With Cannabis

Cannabis and weight maintenance don’t go together in one sentence for most people, because let’s face it, the stoner stigma and the all-famous munchies have given weed a bad rap when it comes to staying in shape.

CBD, THC’s non-intoxicating counterpart, helps us control appetite and regulate blood sugar levels, which may come in handy for people who struggle with insulin resistance if the preclinical research finds proof in clinical human trials. Nonetheless, the current data on cannabis and metabolism, as well as plenty of anecdotal evidence, shows a lot of promise.

Let me get back to anxiety for a while. Women usually find it difficult and often embarrassing to ask for what they need from their partners, which may build an immense wall between the two of you over time.

Cannabis can decrease anxiety, so next time you want to convey the message to your partner so there are no misunderstandings, give it a hit and talk.

Anxiety issues aside, cannabis has been shown to intensify the physical pleasure by sharpening our senses. Many women admit that weed strengthens their orgasms. This may be caused by the fact that THC increases blood flow by dilating blood vessels and capillaries.

Last but not least, women and weed together helps make the ladies more willing to experiment by promoting out-of-the-box thinking when it comes to love games.

This is beneficial for both men and women actually, even though men are not directly affected by PMS symptoms like migraines, menstrual cramps, hot flashes, sleep deprivation, and irritability. But hey, since cannabis is a powerful painkiller and mood enhancer, it can alleviate the symptoms of PMS. There are several medical marijuana companies who are now delivering products designed specifically to treat PMS.

More: Want to know how to differentiate between good and bad weed? More about this here

7. We Get High Faster Than Men 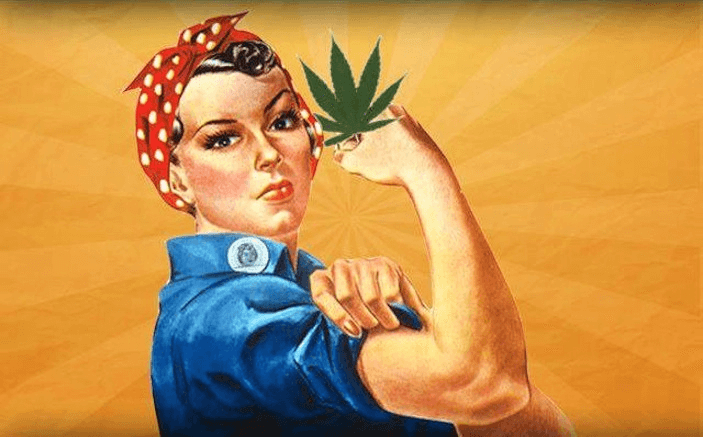 When it comes to women and weed, studies suggest that women are more cannabis-sensitive because of their production of estrogen, specifically during an ovulation period. So, not only can you get high faster than men on a regular basis, but you can also amplify this natural predisposition when the ovulation period begins. Being a woman hurts sometimes, but it can be very rewarding, too. Keep that in mind when you dab that budder next time.

Alas, we build up a faster tolerance to cannabis in general, so yeah, again, there are two sides of the medal.

How did you and cannabis become friends, fellow ladies? I’m excited to read your stories!