There’s nothing like hitting a good indica from Cannabismo after an exhausting day at work to drift away from the ordinary struggles. Descended from the Hindukush mountains, cannabis indica strains are an excellent fit for indoor cannabis growers. You can begin the harvest after six weeks, so this more calming marijuana variety is capable of bearing more fruit in a shorter time period.

Another benefit is that Indica strains come with higher levels of CBD in relation to THC. This is perfect for medical marijuana patients who want to experience the healing properties without a THC content that’s too high. No pun intended!

In this article, we’ll highlight the top 5 indica strains every cannabis enthusiast should try at least once in their lifetime. 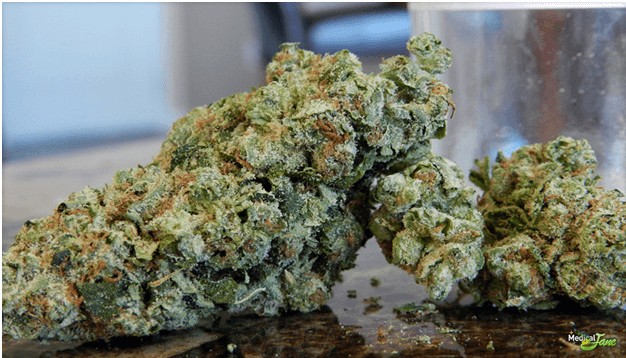 Northern Lights is one of the most popular strains ever. A pure indica, it is praised for its beautiful resinous buds and fast flowering period. This strain also happens to be surprisingly resilient during growth.

The Northern Lights indica strain descends from Afghani and Thai landrace strains and is a parent to some of the top-notch quality hybrids, such as Super Silver Haze or Shiva Skunk. The origins of the breeding of Northern Lights are associated with Seattle and Washington, but it was Holland that popularized this strain in 1985.

Sweet and spicy aromas are noticeable as soon as the nostrils come close to the crystal-coated buds of Northern Lights, which sometimes are seen in the shades of purple. When you consume the first of these top 5 indica strains on this list, you should expect a strong effect throughout the body along with muscle relaxation.

As for the mind, you are going to experience a dreamy euphoria combined with a soothing laziness, which proves invaluable in relieving pain and treating insomnia. Patients who consume Northern Lights on a regular basis claim that this strain improves their mood and helps them fight stress. 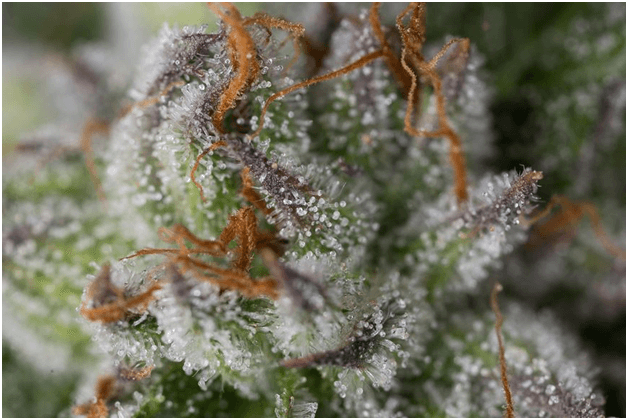 Strong tranquilizing effects have made Bubba Kush extremely popular throughout the U.S. and beyond. This indica strain has sweet flavours with deep chocolate and coffee scents which can be felt through on the exhale.

Bubba Kush is one of the more sophisticated indica strains and is cherished for its delightful taste among stoners. When smoking BK, you’re going to experience a full body relaxation with a strong dreamy euphoria embracing the mind. It crushes stress and improves moods. But, above all, Bubba Kush comes with pain relieving and anti-depressant properties.

Considering its bulky bud structure and a stocky appearance, we may come to a conclusion that Bubba Kush descends from the Afghani strain, although its genetic origins are still undefined. It’s believed that it came out unexpectedly shortly after 1996, when an OG Kush hybrid happened to crossbreed an unknown indica strain from New Orleans. Although the rumor has it that the mother plant was probably Northern Lights. 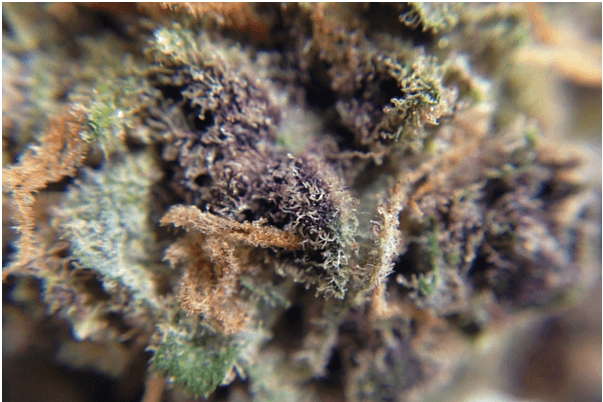 Made known in 2003 by Ken Estes, Granddaddy Purple is a well-recognized indica strain, particularly popular in California. One of the most appealing features of GDP is the strong grape and berry scent which, combined with purple shades of the flower, make this California staple exceptionally attractive.

When smoking Granddaddy Purple, you’re going to experience a strong psychoactive high recognizable by both mind and body. Such a high delivers a combination of cerebral euphoria and physical relaxation. More interestingly, while you may find your body fixed in one place when GDP kicks in, your thoughts are more likely to float in a gentle flow.

Granddaddy Purple is used to treat various medical conditions. This includes insomnia, appetite loss, muscle spasms, and stress. This particular indica strain bestows massive yields upon commercial growers after as much as 60 day flowering period indoors. Similar to this strain is Shishkaberry, purple flavour but with less potent effects. 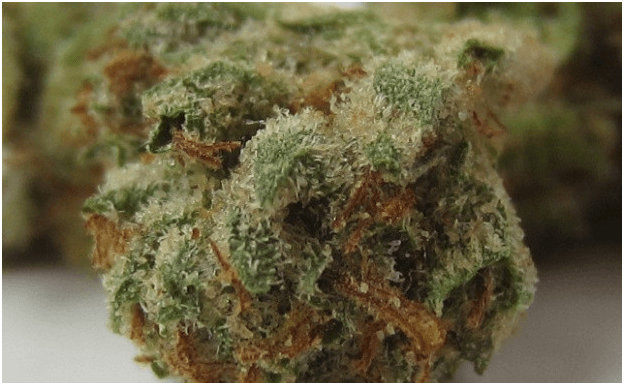 If you’re looking the strongest indica strains in the cannabis industry, turn your eyes to Kosher Kush. This variety comes in seed form from DNA Genetics. Kosher Kush derives from Los Angeles and made it to the public in 2010. Once appreciated by regular cannabis users, this indica strain has been crushing its competition. It’s done so by winning multiple marijuana awards, such as High Times Cannabis Cup, as well as Best Strain in 2011. The almost overwhelming levels of THC test at over 29%. That being said, Kosher Kush remains one of the most powerful indicas around.

Due its almost-overwhelming sedative effects, Kosher Kush is best to be smoked during night sessions. The strain will give you a full body relaxation combined with a potent cerebral high. In addition, Kosher Kush is without a doubt one of the best strains for fighting stress, stimulating appetite, and dealing with insomnia.

All in all, Kosher Kush is one of these cannabis strains that you can just pass around and have everyone stoned to the bone. There’s nothing like indulging in the smell of its earthy buds and marveling at the crystal-covered texture of Kosher Kush. It will leave your bag fully resinated in trichomes – a truly sticky and joyful experience.

This undeniably gorgeous indica strain displays solid purple and black shades throughout its buds and even deeper stems. In short, it’s a sight you’ll never forget. Sirious Black originates from the Oregon Breeders Group and has a rich terpene profile. The aroma of sweet grapes is what even most savory cannabis connoisseurs will consider unique. But there’s also a crisp, tart taste which is at the same time smooth on the exhale.

When smoking Sirius Black, you should anticipate a soothing yet uplifting euphoria which also leaves you with a strong burst of creativity. Looking to experiencing your get-togethers in a totally different way? Well, my friends, Sirius Black is here to give you the A-1 high. Moreover, despite its indica dominance, this strain is fine for daytime use. You want those worries about couch lock with this strain.

The vault of indica strains awaits your arrival. Are you ready to delve deeper in its treasures?