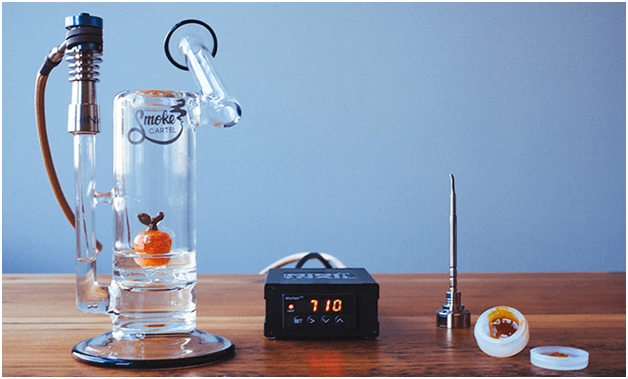 If you haven’t come across shatter yet, there’s still a chance for you to have your redemption story, my friend. First things first. Let’s get some theory straight: among other cannabis extracts, shatter is the purest one – you can buy it from our online dispensary. Its glass-like transparency and amber hue combine with the highest terpene amount of all cannabis extractions available on the market. That’s why it’s important to know how to smoke shatter.

If you’re looking for a cannabis concentrate that, in addition to giving you a powerful high, makes a pleasant feeling last for an impressive period, shatter is your to-go product.

But how do you smoke shatter? Well, this concentrated form of weed can be consumed in several ways. Remember to keep your wits about you, as not every method of consuming this form of weed is suitable for beginners. That being said, I’m here to assist you in order to help you find the best way to smoke shatter.

How to Smoke Shatter

Add it to a Joint 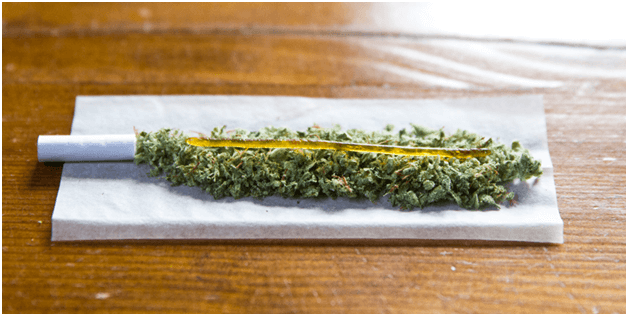 Mark my words, this is one of the easiest ways to smoke shatter for concentrate rookies. Just crumble it or roll it into a snake, then put it on top of your cannabis before you roll a joint. This allows you to see if you even want the additional fuel in your cannabis.

When it comes to drawbacks, the major one is that you won’t be able to fully indulge yourself in the concentrate directly. Also, much of your shatter will end up wasted during the smoking process. That being said, if you have no other choice and you’re short on equipment, you could also vaporize your concentrates.

How to Smoke Shatter with a Cigarette

Similar to smoking shatter with a joint, the only difference is you will apply shatter to the outside or end of your cigarette.

Be cautious, as if you apply too much it will be very hot and melt down to your fingers. Also, there is potential to waste the shatter, unless you control it, some will drip off before it is burned.

How to Smoke Shatter in a Vape Pen

Usually, you will come across two types of vaporizer: desktop and portable. I can already tell you that, although impressive and epic in size, pricey desktop vaporizers don’t get on well together with cannabis concentrates. Shatter is no exception.

These stationary units that you will see in some coffee-shops in the Netherlands have been replaced by more compact models, the so-called “vape pen”. A portable vaporizer can cost from $30 to $200 depending upon the quality of the material and the features they provide.

These devices are can be taken literally everywhere and you can charge them via USB. Thus allowing you to fully enjoy the mobility they offer. The greatest advantage of vaporizers is that they let you experience the full flavor of the concentrate with no combustion of the material whatsoever. Aroma and taste benefits aside, vape pens are considered a top way to smoke shatter in terms of health. That’s because they come with hardly any carcinogens and tar when compared to smoking.

Unfortunately, there are no perfect ways of smoking shatter. In terms of vaping, one of the downsides is the lack of a durable battery in many of the units. Furthermore, cheaper models also come with a mediocre heating element. This may result in a weak vaping experience. Lesser effects, bland flavor – you should be prepared for these inconveniences when trying to vape on a limited budget.

Smoking Shatter in a Vape Pen is Easy

How to Smoke Shatter Using a Rig

Oh boy, another complicated term in this article! How to smoke shatter using a rig?

Wait a second… What on earth is a damn rig?

Simply put, it’s a more sophisticated and niche term for a glass pipe that resembles the shape of a bong. The oil rig contains a vertical chamber and a mouthpiece with a hole included. It is the hole where you stick a small nail. The nail is usually made of metal or glass. Some older hippies may associate it with a fancier and less harsh substitute of a ‘knife hit.’ Dabbing shatter is the best way to control the flavour and taste of the concentrate, as you can play with temperatures and clean the bowl each time for a nice clean flavour profile.

How to do a dab in a few steps:

Here is a more detailed explanation:

The nail will reach a red hue, which happens by heating it with a butane torch. You can also use an electronic heating feature when speaking of e-nails. But either way, once it’s a red hue, take a metal dabber (usually made of quartz or titanium), lift a small piece of your shatter, and then transfer it onto the nail. This will result in immediate combustion of the oil. You’ll see a thick smoke cloud which you can puff through the rig.

The ideal temperature of the surface should vary between 550 and 750 degrees Fahrenheit. It’s quite hot, isn’t it? Exactly – this is why you need a dabber.

Most of the time, there will be extra oil on your nail after you dab the concentrate. How to smoke shatter without wasting a single bit of this precious material? Well, you can either blast the nail again or simply wait until the clog begins to form. If the latter happens, immerse your rig in alcohol and bring the substance to a boil. Wait until all of the alcohol evaporates, scrape up the remaining shatter and repeat dabbing.

Simple? Yes. Efficient? You bet! Cheap? Well, that depends on the model. A proper dab rig can cost up to even $50,000. Worry not, as this is the extreme case for the most savor ‘cannasseurs’. Usually, you can get a decent dab rig for as little as $50.

Since shatter is the most potent marijuana concentrate of all, I’d suggest you approach it with a baby steps attitude. When you take a first dab, don’t enter a rampage. Refrain from taking a second dab for the next 10 or 15 minutes. Some dabbing rookies take dabs as if they were bench pressing in a gym to increase their endurance. You know, lots of reps in short intervals. Don’t be one of those guys. When being introduced to something new, take it slowly.

Now that we have shown you how to smoke shatter, you may have some additional questions. Here are some common questions asked about this cannabis concentrate.

What is the Difference Between Wax and Shatter?

Compared to wax, shatter lasts longer as it’s more stable. Wax will degrade faster as it is less stable. As far as handling each substance, shatter may be more difficult to measure or use because of how glass-like it is. Whereas wax is much easier to manipulate due to its soft and oily consistency. The extraction process is mostly the same, but different consistencies are created using a mix of hot/cold temperatures. For more information on what shatter is, check out our guide here.

Is Shatter Better Than Wax?

This is a subjective question. Depending on your preferences, either shatter or wax may be your favourite. Shatter is harder and glass-like compared to wax, which is soft and malleable. Since the extraction process is quite similar, it may be better than wax in that the final product is more visually appealing. Wax is thick and opaque due to concentration at a different temperature and humidity. They can both test up to 90% THC.

How Much is a Gram of Shatter?

The price of a gram of shatter depends on the quality of the buds used for extraction. Nug run is usually more expensive than trim run shatter. The average for trim run is $35-$40 whereas nug run can be up to $50 per gram. These prices all depend on the producer’s supply of cannabis, as it’s the foundation for the product. There may also be a difference between whether it’s extracted with CO2 or Butane, CO2 being more expensive. 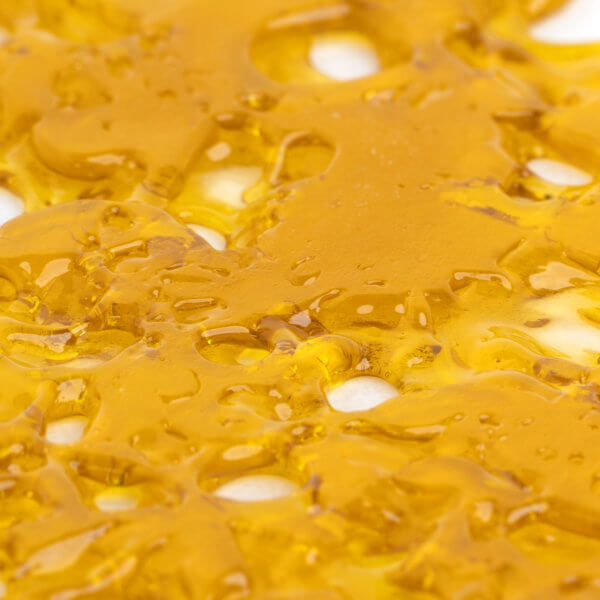 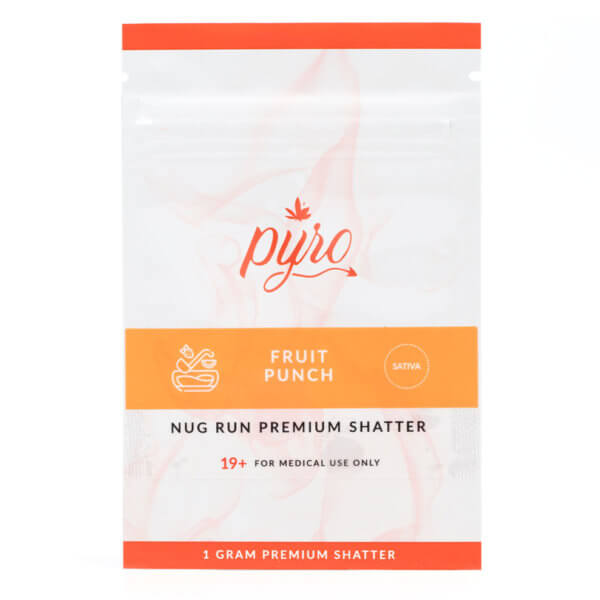 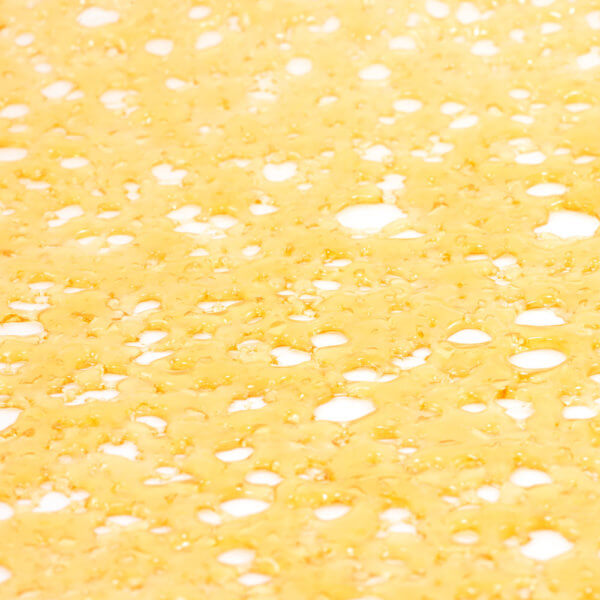 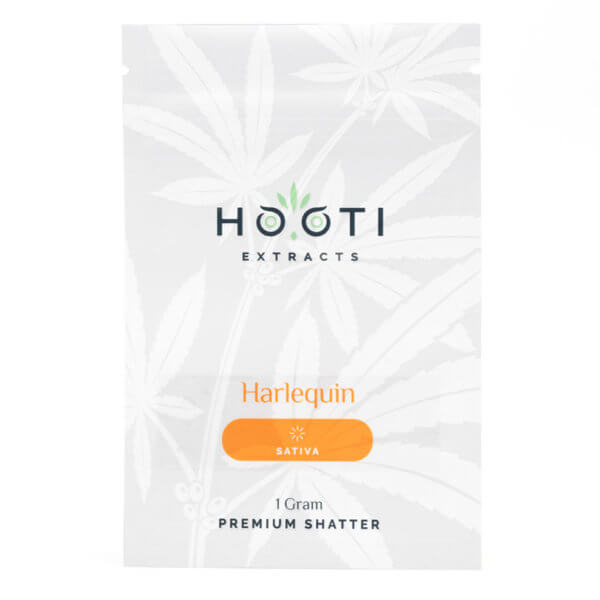 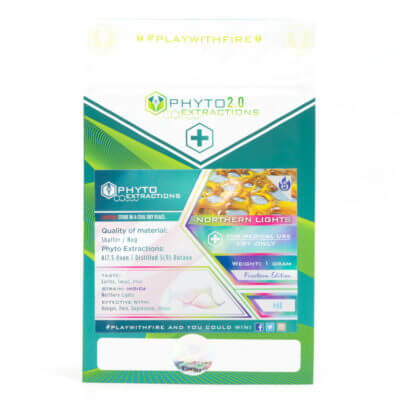 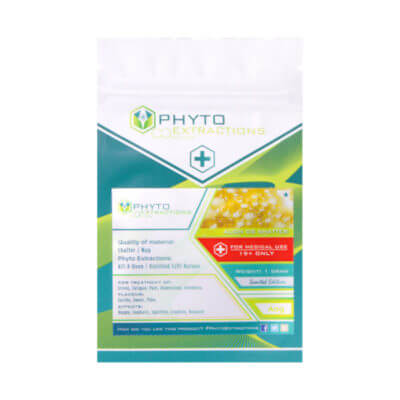 Shatter does contain CBD, but if you are seeking the effects of only CBD, it is not recommended to use THC shatter. Instead, CBD concentrates are available in the form of wax or crystals, a very pure form of CBD. CBD dabs are extracted from hemp, which is non-psychoactive and will not get you high like THC.

How Safe is Shatter?

Since it is mostly vaped or consumed in a dab rig, often at lower temperatures, it’s not as damaging to your lungs as smoking flower (as far as we know!), so it is quite safe comparatively. Also, due to its purity, shatter contains very little organic material, so this is not incinerated and inhaled as with smoking. Shatter is made using butane, but this is completely evaporated off in the post-extraction process, leaving a very pure form of cannabis product.

Cannabis has a very strong and familiar smell, but shatter is slightly different. The smell depends mainly on the terpenes present in it. Shatter will leave a stronger scent with higher terpene content, such as Limonene or Myrcene, which give cannabis it’s potent smell. Don’t expect to vape away in your rental without leaving a scent, but it will be much less so than with smoking fresh flowers. Also, unlike cigarettes, the smell of cannabis lingering fades over time.

To cut a long story short, even if you know how to smoke shatter in terms of using the right tools, do it responsibly. While you can’t possibly overdo cannabis, taking too much can be far from pleasant. We also recommend you to read our article “how to make shatter” for more details.

What is your favourite way of smoking shatter?

5 thoughts on “How to Smoke Shatter – Best Ways Quick Guide”