Hash Oil – The Gift That Keeps On Giving 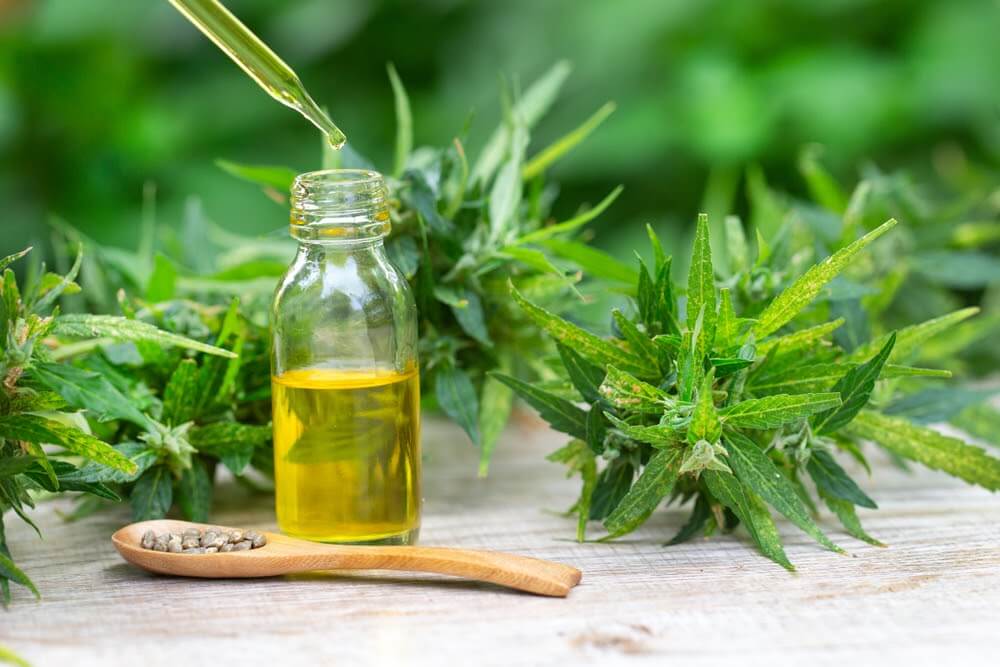 Before the dawn of concentrates like hash oil, the twin pillars of cannabis consumption were thought to be hand-rolled joints and infused edibles.

In today’s modern world, we’re spoiled with endless options when it comes to the method in which we choose to enjoy our favourite bud. While you can’t go wrong with a classic hand-rolled joint or blunt, there’s a fresh new crew of products that are slowly starting to enter the scene.

Tinctures allow people to get their dose of cannabinoids with little aftertaste discreetly, topicals provide localized relief without the high, transdermal patches give users a steady release of cannabinoids over an extended period of time, and cannabis extracts reign supreme by offering a new dimension of high that would otherwise be unachievable.

Thanks to technological advancements, producers can create products with high concentrations of THC in varying textures and forms.

For those of you new to the extracts game, these terms are commonly used to describe the types of butane hash oil (BHO), CO2 distillates, or other similar extracts that currently dominate the market.

If you’re looking to find out more about the world of cannabis extracts, you’ve come to the right place!

This article will cover all you need to know about hash oil, how it’s made, and how to smoke it.

What is Hash Oil? 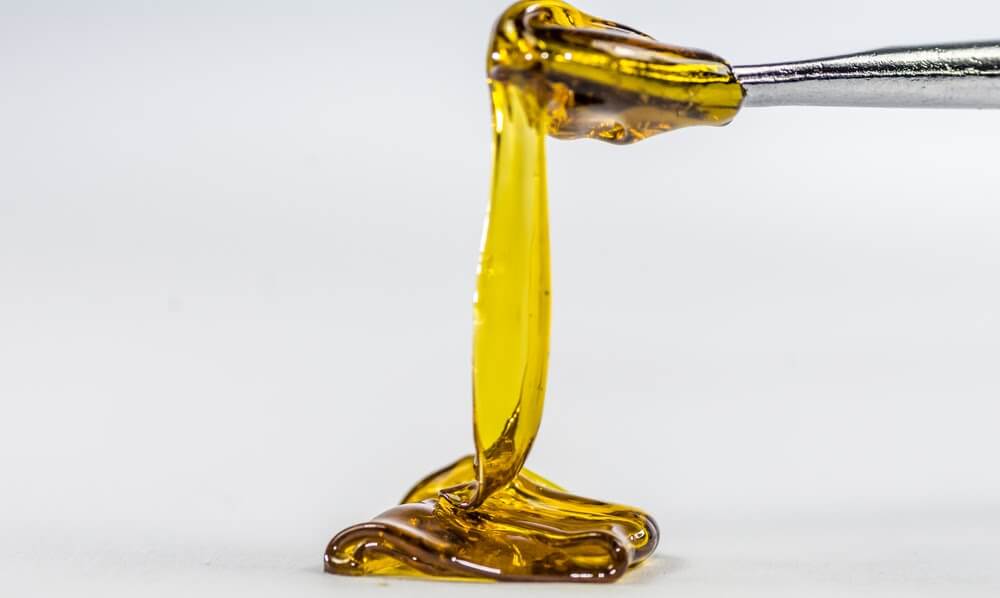 Hash oil, also commonly known as honey oil or cannabis oil, is classified as an oleoresin produced from cannabis plant extracts, including cannabinoids.

Hash oil is known to have an exceptionally high concentration of THC in it. It can be smoked, dabbed, ingested, and applied topically.

How is Hash Oil Made?

When people make hash oil, the main goal is to isolate cannabinoids like THC and CBD from the cannabis plant and refine it to get a particularly potent product.

Depending on the extraction process used, different types of hash oil will come about. Here are a few of the most common extraction methods:

Alcohol works as a fantastic carrier and solvent for the cannabinoids in weed.

This extraction method involves soaking the flower in an alcohol solution to strip it of its trichomes (the small crystals on the bud) and oils and filter the remaining plant material out.

What’s left is a mixture of cannabinoids and alcohol. From there, the alcohol is removed through evaporation. Once the solvent is eliminated, what is left is an oil that can be consumed on its own or further processed into something else.

One of the most popular extracts produced using this method is tinctures, essentially concentrated cannabis oils suspended in an alcohol solution.

One of the most common extraction methods used to create various extracts such as hash oil, shatter, wax, and crumble, is hydrocarbon extraction.

Extracts made using hydrocarbon extraction rely heavily on the quality of the ingredients. That said, fresh or flash frozen bud are usually the best types of weed to work with.

During the hydrocarbon extraction process, producers use what is called a closed-loop system to shower the bud with a solvent, such as butane. The solvent dissolves the cannabinoids and oils from the weed and is then transported to another chamber where it is eventually purged, leaving behind a highly potent cannabis oil.

Depending on how the solvent is purged from the mixture, it will produce a different extract, creating the different textures and potencies of shatter, wax, and crumble.

By far the most advanced extraction method, CO2 extraction requires specialized lab equipment and is an extremely expensive process.

This method uses pressurized carbon dioxide that is heated to remove the THC from the plant material. This type of extraction can yield some of the most potent and clean types of extracts currently available.

Due to the purity of the extracts, most CO2 oils will have little to no flavour. However, they can be further processed to include terpenes for added flavour.

Distillates, a high-end type of extract, are also created from CO2 extraction.

How to Smoke Hash Oil 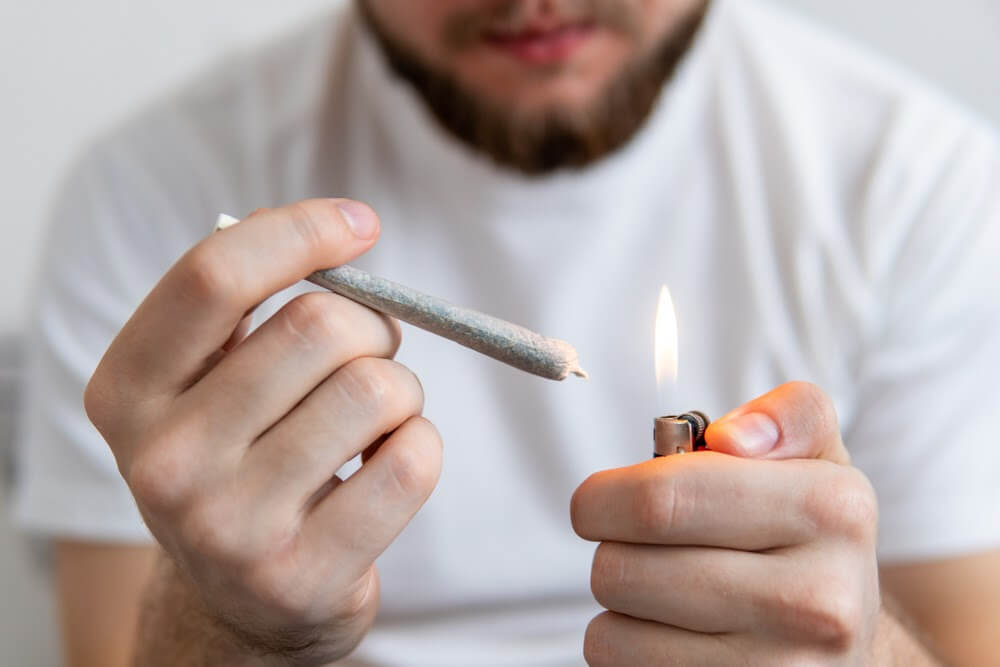 This is where the fun begins. The best part about smoking hash oil is that it can easily be done in a variety of ways.

One of the most convenient ways to enjoy hash oil is to roll it in a joint. Here’s how:

Step 1: Grind up enough weed to make a joint as you normally would.

Step 2: Prepare a filter tip for your joint or cut out a piece of paper or card as a substitute.

Step 3: Position your filter tip and rolling paper then sprinkle half of your ground weed to form a joint.

Step 4: Sprinkle a few drops of hash oil on top of your already-ground goodies and use the rest of your ground bud to fill the remaining space of the joint.

Step 5: Seal the joint, spark up, and enjoy!

How to Smoke Hash Oil Using a Dab Rig 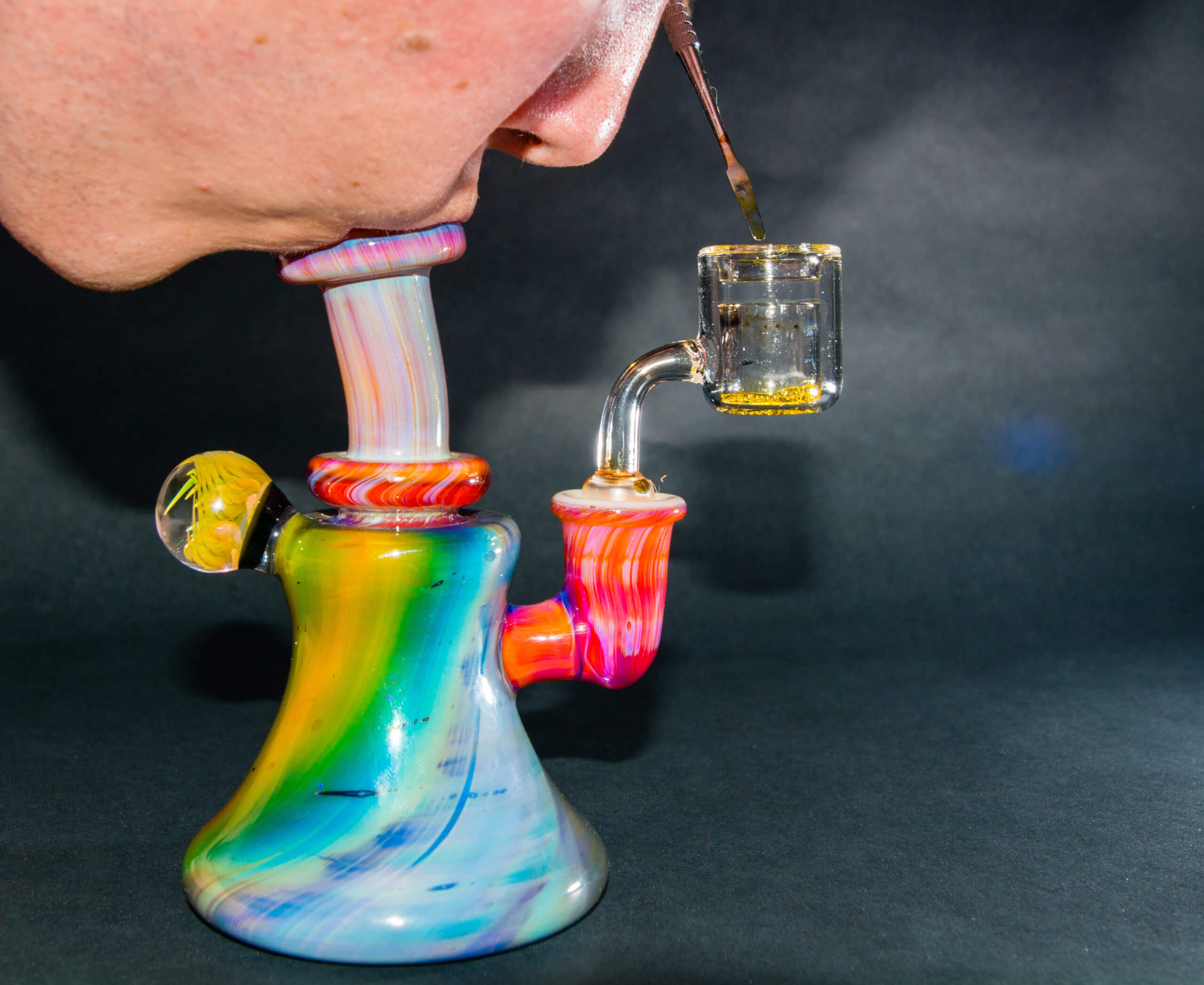 First things first, you’ll need some things before you can begin: A dab rig, a dome, a dabber, a torch, and, of course, the hash oil of your choice.

One of the main benefits of using a dab rig is that you’re not actually smoking hash oil, as many people would believe, but rather, you’re vaporizing it, which gives a much smoother and flavorful effect. This allows you to get the full hash oil experience, including its terpene and cannabinoid content.

Step 1: Insert your nail into your dab rig.

Step 2: Using your dabber, gather an extremely small amount of hash oil at the tip and prepare it to be inserted into the nail.

Step 3: Set your torch to shoot out a flame and torch the nail until it becomes red hot.

Step 4: Once the nail is red hot, turn off the torch and set it aside. If your nail is made of quartz, allow it to cool for 45 seconds, and if it’s made of titanium, 10 seconds. Dabbing at a low temperature will ensure smoother and more flavorful hits.

Step 5: Take your dabber and apply the hash oil to the interior of the nail and begin inhaling slowly. While inhaling, carefully move the dabber around the nail to fully remove the hash oil from the tip. The key here is to maintain a slow and steady inhale.

Step 6: Exhale the vapour and enjoy!

Hash Oil – The Beauty in  Versatility

What tokers love most about hash oil is that it is incredibly versatile and can take many forms, consistencies, and potencies.

Depending on your specific weed needs, you have your pick of the litter in terms of what extract you choose to consume. But keep in mind that, since it is an extract, they are extremely potent.

So, the high is going may be stronger than what you might expect.

If you aren’t interested in consuming your cannabis extracts directly, you can always choose to incorporate them as an active ingredient in your cannabis edibles or tinctures.

Suppose you do choose to incorporate them into edibles. In that case, it’s important to ensure that your extract has been professionally produced to remove the risk of any excess solvent remaining in the solution.

This rule goes for any hash oil product as well. Make sure that your extract is from a reputable, reliable dispensary to ensure that you are getting the highest-quality and safest product possible.