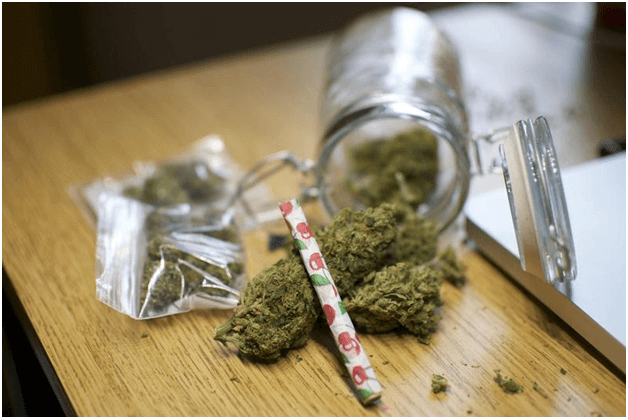 Have you ever found yourself in a situation when you’ve discovered a long-lost nug of weed in one of your cabinets? Well, been there, done that. A natural reaction to such an event would be to ask whether your weed is still good. Normally, if you’ve stumbled upon the lost piece of herb from months gone by, then you don’t have to worry about the freshness of your plant. As long as it’s been stored properly, of course.

However, let’s take a look at an uncommon scenario. Your weed was kept in a moist place with poor airflow and it looks like it has already seen better days. Actually, there are two ways in which weed can go bad. Fear not, for I know how to prevent both dark scenarios from happening. And I’m going to fill you in right now.

Your Weed Has Expired

Yes, pot – even your pot – can expire. In other words, your herb can lose its potency. Let’s take a quick cannabis science lecture: the high you experience from smoking weed kicks in thanks to the sufficient amount of THCA (tetrahydrocannabinolic acid), which is decarboxylated and converted into THC, CBD, and CBC. If you want to decarboxylate your weed, there are two quickest methods to do it: burning or cooking the herb.

Unfortunately, there are some physical conditions under which the plant may lose its potency. Oxidization caused by the excessive exposure to light, warmth, and air will break down THCA into CBNA – the cannabinolic acid. CBNA doesn’t produce THC when heated, so you won’t have this beautiful euphoric high and the feeling of relaxation. Instead, you may expect sleepiness and drowsiness.

In fact, the loss of your weed’s potency does not necessarily mean it’s gone “bad”. As I said before, you will feel drowsy and sleepy instead of high. The first type of intoxication, sleepiness, is similar to when you smoke a CBD-rich bud. Other than that, you may feel hungry, lethargic, and unable to focus. Luckily, this excuse of a pleasurable kick lasts no longer than a few minutes, so if you’re really in despair, you can use it for a good night’s sleep.

Another method to check if your weed still has the same power is to simply smell it. Just give it a sniff and see if it still has that sharp, pungent aroma. If it doesn’t, it means that terpenes and terpenoids – the compounds in the cannabis plant that are responsible for creating the smell – have broken down. In addition, if your pot looks dry or cracks down to the touch, it’s over. Done. You can start looking for cash in your wallet.

It Has Literally Gone Bad

When you’re weed merely expires, it’s not all that bad. However, as opposed to expiring, pot can actually degrade because of mold, powdery mildew, or other varieties of infestation, e.g. fungus. Although you shouldn’t struggle with such problems at the commercial stage, both growers and users should be aware of the possible scenario.

The main reason for the development of molds is a poor airflow, too much moisture, or bad habits of handling the soil.

Smoking a bowl of moldy weed is not so dangerous if you have a strong immune system. Nonetheless, you won’t find it pleasant to consume a harsh and rather disgusting material unless there’s nothing wrong with your mental shape.

However, people whose immune systems are compromised are at risk of transferring the spores to the lungs. This way, they may take root, so if you suffer from chronic ailments or you’re on a chemotherapy course, there is still a possibility of fatal infestation when you consume a bad pot.

You’ll easily identify mold through black spots and blotches of a rusty hue. Other than that, ‘furry’ deposits, whiteness, ‘burnt’ patches, and filminess are good indicators of bad weed. Should any of these pop up on your stuff, just throw it out.

But don’t grieve! After all, weed comes and goes, and sooner or later, you’re going to enjoy the scent and potency of the fresh herb again.

How To Store Your Weed Properly?

Let’s start with growers. It’s important that your weed gets dried and cured when it’s finally harvested. First of all, this process will help you break down chlorophyll in weed, which will result in a much more pleasant scent and flavor. Moreover, it makes the cannabinoid profile better and thus more potent. Finally, the chances of a harsh inhale is reduced, as well as the possibility of mold growth during storage.

On the other hand, when you purchase your cannabis from a dispensary, you don’t have to worry about the bulk of the curing process, as it will be done for you right before the weed arrives to the retailer. In this case, all you have to do is store it properly.

The best method of keeping your marijuana safe and sound is to pack it in an air-tight containers. Once you’ve done it, keep the herb in a cool and dark location, keeping in mind to open the lid at least once every day.

If you want to store your weed longer than six months, you’re most likely going to use vacuum sealing. It helps you maintain the same quality of the cannabinoid profile of your cannabis. As far as children are concerned, it’s best to keep it away from them.

There are many options for cannabis storage, so you will surely find something to match your expectations. At the very last, there are portable cannabis containers that absorb the aroma, so if you appreciate discretion, this will be your strong go-to.

How about you, guys? Have you ever come across the weed that’s gone bad? If so, what did you do with it? Is there a storage option for weed you value the most? Share your stories with me!

What is Cannabichromene and Why is it the Next Miracle Cannabinoid?

Endogenous & Cannabis Cannabinoids – What They All Are

What is Decarboxylation and Why Does Weed Need It?

One thought on “Does Weed Go Bad?”

Should you have any questions you can contact us via email at [email protected]rg or through our live chat widget. Thank you for choosing Cannabismo.