Society does not necessarily see cannabis enthusiasts as people who know the answer to every question in this world. That being said, a stoner is not a textbook model of cognitive performance, least to say. So when a humble group of scientists decided to take the bull by the horns and explore the relationship between marijuana and ADHD, the community of researchers didn’t seem to share their enthusiasm.

Nonetheless, the group of brave doctors was encouraged by medical marijuana patients. These patients claimed that cannabis has the potential to improve their ability to focus without the side effects of prescription stimulants. The medical professionals, as a result, sought to take a close-up look at this phenomenon from the scientific point of view.

ADHD is known as the attention deficit hyperactivity disorder. Let me depict this phenomenon this way – imagine hearing a person talk but having no clue what that individual is actually saying. You can understand these words, but for some reason, they sound blurred in their meaning. After that, you become bored with the conversation. You start looking for other activities, but they all end up boring you, too. People with ADHD experience restlessness and emotional instability. Often, society in general views this as disruptive behavior.

The first symptoms of this problem are usually visible when children begin to encounter serious difficulties in school. ADHD is commonly treated with prescription stimulants. Apart from being “successful”, they have a long tail of side effects. Such as almost unbearable headaches, the lack of appetite, nausea, diarrhea, and abdominal cramps. Furthermore, these stimulants, are based on amphetamine and methylphenidate (see: Adderall and Ritalin) and are strongly addictive. These stimulating drugs can trigger the metabolism inducing weight loss and possibly leading to substance abuse.

While this research and anecdotal evidence may be not enough for prescribing cannabis for ADHD, researchers are positive about the potential of the herb in treating this disruptive condition. Cannabis is legal on the federal level in Canada and the US is leaning that way. So there’s hope that researchers will conduct more in-depth research to prove the effectiveness of the drug.

ADHD patient, Antonio Rodriguez, who was diagnosed with this condition at age six, was just one of many victims of such treatments. Hopefully, by bringing his and others’ experience to light, the need for additional studies will be more apparent to the medical community.

Marijuana and ADHD – the research 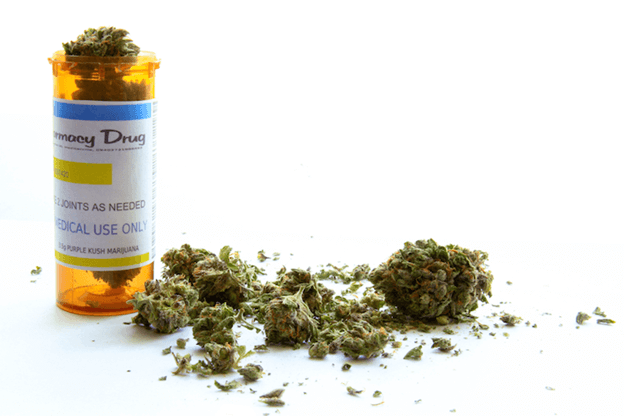 According to research from 2014, people who experience hyperactivity tend to choose medical marijuana over other drugs. More interestingly, those with ADHD are 50% more likely to use cannabis during adolescence when compared to peers who don’t have this condition.

So how exactly do marijuana and ADHD work together?

A brain of a person diagnosed with ADHD shows the irregularity of dopamine’s production. This chemical neurotransmitter is responsible for regulating cognitive processes. These include attention and memory. According to Dr. David Bearman, cannabis increases the availability of dopamine, having the same effect as Ritalin or Adderall. On the other hand, unlike these two prescription drugs, it doesn’t come with a myriad of disruptive side effects and withdrawal symptoms.

For ADHD patients who suffer from chronic restlessness, cannabis appears to improve their sleep. This can prove helpful in helping these patients overcome the side effects of the above-mentioned drugs (Adderall and Ritalin). Marijuana is also a strong appetite stimulator. This makes food taste better and causes your body to release hunger hormones. It’s helpful in counteracting the metabolism stimulation that comes with those prescriptions. The pot, it seems, helps reduce the chances of these patients having a nutrient deficiency or eating disorders.

This research and anecdotal evidence on marijuana and ADHD may not be enough for prescribing cannabis quite yet. Still, researchers are positive about the potential of the herb in treating this disruptive condition. When marijuana is finally legal on the federal level across the globe, there is hope that further, more in-depth research to prove the effectiveness of the drug may be coming in our future.