Everything You Need to Know About the Cannabis Cup 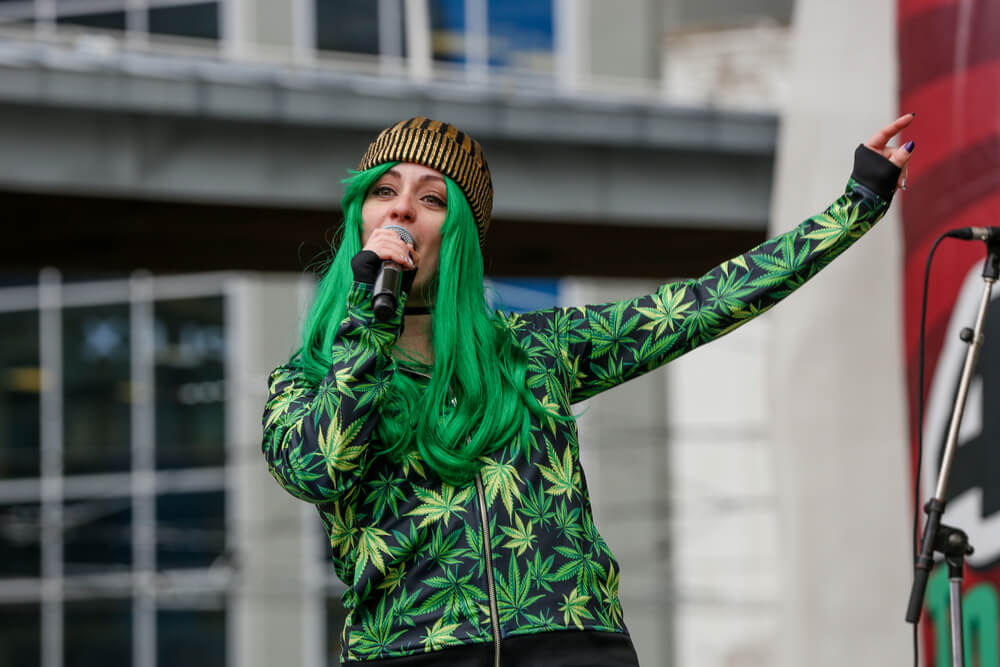 If you live in an area with an abundance of cannabis. You may already know a bit about what the High Times Cannabis Cup is. Even those living in other areas still struggling to embrace cannabis will have some idea about this marijuana event.

Make no mistake, no matter how you experience it, it’s an event like no other, and here’s what it’s all about.

What is the Cannabis Cup?

The High Times Cannabis Cup is an event to celebrate the cannabis community. That is, a competition and trade show for those in the marijuana industry and cannabis companies, growers, and breeders. Further they pit their best products against each other in the hope of being  one of the winners.

It’s a competition, sure, but it’s also much more than that. As well as being a celebration of marijuana culture, a festival of the green, for cannabis enthusiasts and consumers worldwide.

Not only can you sample some of the best weed flower, weed edibles, and hash in the world. Yet you can also get the latest industry news, attend seminars, panels, concerts, and expositions. As well as experience some good old-fashioned fun stoner activities.

If you are in the market for some new gadgets or a new glass piece. You can almost always find special offers for members of the community at the Cup!

How Did the Cannabis Cup Begin?

The High Times Cannabis Cup began in 1988 and was organized by the now ex-editor of High Times, Steven Hager. On Thanksgiving, it was originally held in Amsterdam at an underground site to minimize unwanted exposure to the authorities.

Since then, it has evolved multiple times and expands through various countries and across the US.

Though the Cup had some trouble in Amsterdam during a raid in 2011. However it is still held there when local legislation permits. There are also International Cannabis Cups held elsewhere in Europe and Jamaica.

Meanwhile, the High Times Cannabis Cup has become so popular that it has spawned imitation competitions, which we’ll explore further below!

Imitation Is The Sincerest Form Of Flattery

In addition to the Emerald Cup, there is also the Hash Bash, National Cannabis Festival. in fact, these are geared toward the DC market, and the Mile High 4/20 Fest.

Whereas all of them celebrate the love of the green. None of them can begin to approach the expansiveness or popularity of the Cannabis Cup.

What Are The Categories?

While many tokers and smokers would likely only be interested in finding out what the best weed strain is but over the years. The cannabis landscape has grown to almost completely overshadow what it once was.

With new cannabis concentrates and extracts coming every year. The Cannabis Cup also had to evolve to keep up with all the new innovations.

In the next section, you’ll see how the event has evolved over time to accommodate new cannabis cultivators and categories of cannabis products.

The first Cannabis Cups were fairly straightforward events. The early categories include:

The Amsterdam event focuses on cannabis competitors and producers in Europe and the surrounding areas in its early stages.

Beginning in 1988, it would take the organizers many years before the proper rules, regulations, and logistics would be ready to accommodate more international players and contestants.

Thereafter the modern High Times Cannabis Cup has grown to cover seven total areas of cannabis industry expertise. They are:

The ‘modern’ cannabis cup will eventually come to be replaced by the People’s Choice Edition of the event in the face of the ongoing COVID-19 pandemic.

The People’s Choice Edition will be High Time’s largest iteration of the event. Spanning over 10 categories across multiple states and countries, this event is designed to allow the average cannabis consumer to weigh in on the competition.

While normally 28-35 individuals are chosen to judge the competition, High Times are allowing and offering 228 kits for each individual category in each state to allow the opportunity for everyone to weigh in on their decisions.

On their official website, “The People’s Choice Editions are a new model that will continue High Times’ trend of bringing its signature series of cannabis product competitions online in the wake of the ongoing coronavirus pandemic, without any live events or gatherings.”

According to the event organizers, the People’s Choice edition will be “the first-ever Cannabis Cups that are open to the public in each state that the competition is executed, and will see the largest pool of judges in history. For licensed brands, this is a sampling dream to get your products into the hands of hundreds of new customers who will provide feedback on your entries from home, plus thousands of impressions.”

The categories for the new people’s choice format can differ, but the most common ones are:

How Are The Cannabis Cup Winners Determined? 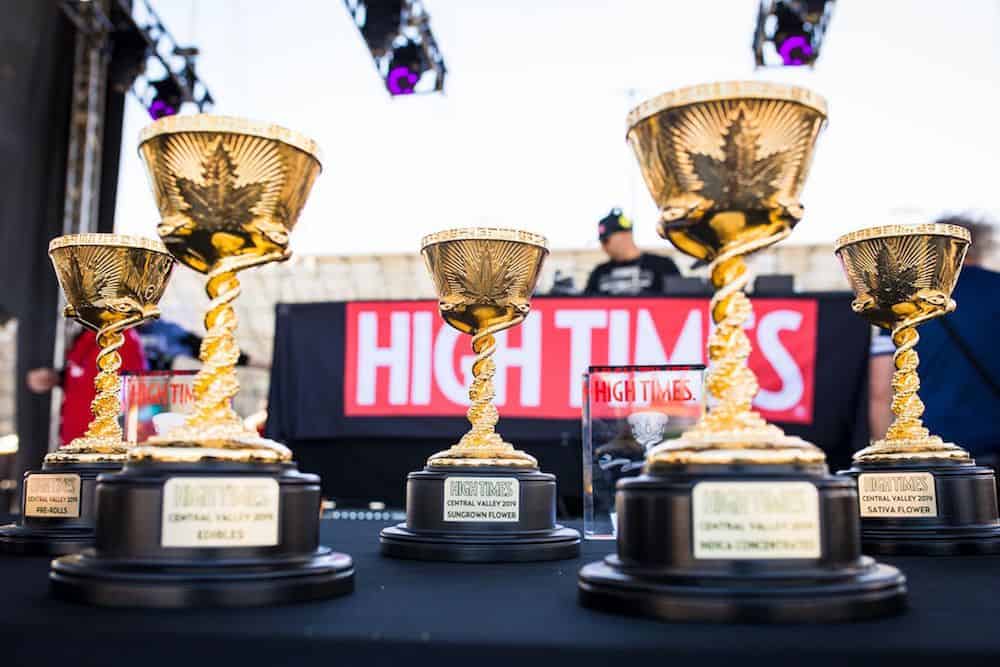 The early cups were judged very differently from some of the first cups that came to BC and the US. Different still from the recent Cups that have been held over the last year or two. By comparison, they were decided by an in-house panel of judges.

Judges sample deliberate and cast their vote for the winners with the Cannabis Cup going to the overall winner in the flower category.

The first Cannabis Cups were not incredibly large events and were judged in-house. The judging panel would gather in Amsterdam at the RAI or the Melkweg Club to try the top-shelf green provided by the contestants, and vote for the winner.

While some of the first Cups, the only recorded past winners were those who won overall. This went on for a few years until the event began attracting more interest and attention, which brought it into its next stage of evolution.

Until the recent pivot judging, the winners of each category were decided by a panel of esteemed VIP judges.

Next, celebrities like Willie Nelson, Joe Rogan, Alex Grey, and B-Real. Following this, big names in the hemp or cannabis space like Ben Dronkers, Snoop Dogg, and Tommy Chong, would convene at the Cup event.

These 25-35 judges would privately test and evaluate the bud provided by local dispensaries and growers. Finally, rating them and casts their official votes.

The recent events of the pandemic and the resulting lockdowns and quarantines made the Cup organizers to pivot to a people’s choice model.

When the event couldn’t be held in a way that allows the traditional attendees and judges to attend.

For the first time these changes were made to let a limited number of people purchase judge kits and vote for the winners themselves.

These judge kits would allow anyone who could afford the reasonable cost of the kit. In this case judges obtain samples of all of the entries for a particular category.

For example, if you want to judge flower. You would receive a judge kit that had a 1g sample of every contestant’s green goods from that division. The same goes for flower and food divisions.

You try all of the samples in your kit, rank them, and cast your votes virtually.

To ensure that all of the entrants’ products are safe and suitable for consumption. All products in the Cannabis Cup competitions are tested at independent laboratories. These testing services record the THC and CBD content of the marijuana for the flower categories.

Many of the award-winning strains from past and more recent competitions are all available for purchase here at Cannabismo!

Below, you’ll find a list of strains that have all won first place!

A Celebration of Cannabis For All

The Cannabis Cup winners have gone on to become some of the most well-known strains of green.

Surely these strains rose to superstardom following their wins.

In brief, if you have a Cannabis Cup coming to your area. Stay tuned and grab a judges kit if you can, so you join the best award show in the marijuana business!