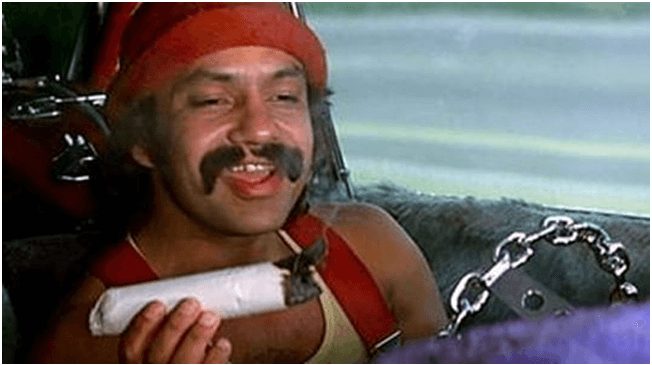 Oh boy, do I remember my first time smoking weed! More than the high I felt at that time, I remember the whole atmosphere around the ritual. It goes without saying that my stoner goals were way different from what I expect from the herb as an experienced user. After all, I took my first hit when I was a raging and rebellious adolescent to whom sky was the limit regardless of what I was doing.

Ready for true laughter? The pleasure’s all mine…

Six People, Half a Gram

While this may sound ridiculous, we actually had a half a gram of weed to divide between six people. There was no wizard among us, yet we expected miracles and hoped to get super high from smoking out of a glass pipe. Isn’t adolescence naive by nature?

Anyway, our “greenauguration” took place when we were all 16 or so, which means we were to experience the effect with a much greater level of intensity than most adults. Then again, a half a gram for six people? That sounds like an epic challenge.

You should know that at that time, getting your stash from a dealer was much more time-consuming than it is now. Fortunately, once we found our guy and got our epic amount of weed, we decided that in order to get as much discretion as possible, we’d smoke the pipe at the back of a neighboring school. Sounds legit, doesn’t it?

And so the sacred circle was shaped. Six guys in their teens, trying to get high off of a half a gram of weed.

As soon as one of the guys took the last hit, we heard that someone was coming from the distance. Guess what? We were spotted by the municipal police. I don’t know if they managed to smell the herb from that far, but if they did, God bless their sharp senses.

Luckily, before they approached us, we had already been running away. Most of us had to jump over the fence to avoid the consequences of trying the weed experience. So we were running deadly fast and succeeded in getting away from the cops.

Now you probably want to know how it felt to be high for the first time.

I Don’t Know, I Wasn’t Stoned At All

Truth to be said, I felt almost nothing. Apart from the cotton mouth, I wasn’t high and didn’t feel anything related to being stoned. I remember grabbing a sweet roll and a bottle of coke from a supermarket. But then I returned home totally unsatisfied and indifferent towards the allegedly psychoactive THC.

No red eyes, no munchies… Nevertheless, I didn’t give up on weed, which is probably why I’m still so enthusiastic about the cannabis plant now. Although my first time smoking weed was a total failure, I decided to give it a shot once again. From then on, I think that everyone deserves a second chance.

The First Time I Got High

Now, that was the fun part. This second time I improved at math; me and my friend decided to take one gram for two people, which was a good indicator that we’d get high AF. This time hiding out somewhere with the stash was not necessary. My parents had left for a vacation to their summer house and the flat was all mine.

Like a boss, at my own micro-mansion, I was about to get high with my buddy.

There were times when I had no idea how to roll a joint, so we selected an evergreen glass pipe again. I don’t remember how many hits we took but the white fog surrounding my room was so thick that you could draw pictures on it.

Now, that was when I fell in love with weed. The amount of laughter we got, the unquenchable munchies that struck us right after the last hit – everything was perfect, including the lazy-legs syndrome, philosophical reflections on the world, and the fact that we couldn’t stop laughing at the stupidest things in the room was just awesome.

A couple of minutes after we ended our first serious smoker session, my older brother came in. You know, it’s not that easy to communicate with your sibling when you’re super-stoned for the first time. Yet, I managed to do it. The fun part about that encounter was that my friend thought my brother was yelling at me that I did something wrong.

So he ran out of the room and yelled, “DUDE, PLEASE, HE DID NOTHING WRONG, LET HIM GO!”

I think I don’t have to describe the look on my brother’s face when he found my stoned friend trying to persuade two laughing brothers to stop fighting. At that time, I thought that my brother didn’t notice anything strange in our house because he was acting like nothing happened. Only later on, I learned that he smelled weed and was fully aware of what was going on; luckily, he’s an open-minded guy and didn’t tell my parents anything about our high times.

What Did My First Time Smoking Weed Give Me?

As an experienced and responsible stoner, I have totally different expectations towards weed. Cannabis soothes my soul, improves the quality of my health, and, above all, never stops to amaze me in terms of its therapeutic properties. Now, i am easily able to tell difference between good weed vs bad weed.

When I was a kid, the goal was to get as stoned as possible, laugh a lot, quench my munchies, and do whatever was fun to do when being high. Nonetheless, the first few hits planted the seed of love for marijuana, and so my story continues. More interestingly, I started to smoke weed when I was roughly 16, so according to popular misbelief, I should be struggling with cognitive impairments by now. On the contrary, I live a happy life and my cognitive functions are in a very decent shape.

What was your first time smoking weed like? I can’t wait to read your stories!