How Long Do Marijuana Withdrawals Last? 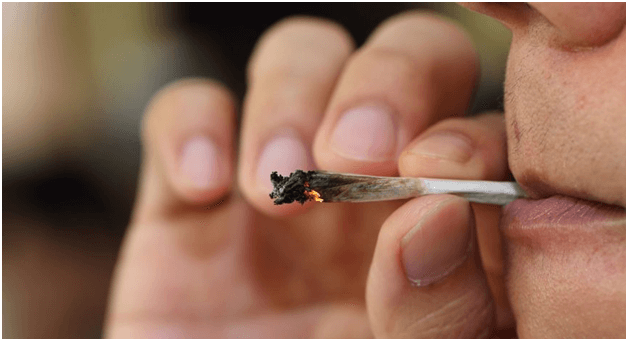 From a chemical point of view, marijuana is not physically addictive. Yet some of the most steadfast opponents are still trying to raise a debate over this topic. On the other hand, the psychological addiction – or rather cannabis use disorder, to be precise – is well documented and exemplified through various withdrawal symptoms. So generally speaking, we can talk about withdrawals coming from marijuana use disorder. They result from overused cannabinoid receptors in our endocannabinoid system that are on their way to return to the normal state.

When Do Marijuana Withdrawals Appear?

The term “cannabis use disorder” comes from the fact that marijuana use can become a habit for any consumer. Whether you belong to the medicinal or recreational group, you are still likely to develop routines that involve the use of cannabis. Eventually, this may lead to experiencing the above-mentioned disorder.

As with any addiction, there’s a group of negative effects resulting from the endeavor to change the user’s behavior. These effects are called withdrawals. In the case of cannabis use, the withdrawals include the relation between the active ingredients of the plant (THC, CBD, CBN, etc.) and cannabinoid receptors in the human brain.

Cannabinoid receptors regulate the way our body works both physically and psychologically so that it maintains homeostasis. This is the state in which our bodies are able to self-regenerate and function properly.

By using cannabis more than once a week, you can impact the state of your body’s cannabinoid receptors. That being said, when a heavy cannabis user decides to take a break from the routine, the receptors must take their time in order to return to their previous state. Such a process involves both physical and mental changes and we call them withdrawals.

How Can I Identify Cannabis Withdrawal Symptoms?

Roughly 42% of cannabis users experience withdrawals. So we can hardly deny the fact that they’re real. Most of the time you may anticipate symptoms like nightmares or strange dreams, trouble sleeping, and moody outbursts.

Most of these withdrawal symptoms are obvious. To begin with, cannabis reduces the REM phase during sleeping. This means that you won’t remember your dreams. When you abstain from using cannabis, the REM phase returns to its normal state. This comeback is characterized by strange dreams that can even turn to nightmares.

Furthermore, because of cannabis’ therapeutic and calming properties, we fall asleep faster. This happens as THC degrades over time and converts to a chemical called cannabinol (CBN), which is way more sedating than THC. Marijuana users experience improved and deep sleep. So, it’s no wonder that you may encounter trouble sleeping when you suddenly quit using the herb.

Last but not least, cannabis alters our mood. It makes us feel less stressed and happier in general. That being said, when you’re constantly relaxed, you may expect to feel irritated for the next few days following the cessation.

But what about physical withdrawal symptoms? I’ve mentioned at the beginning of the article that marijuana is not physically addictive. So the lack of physical withdrawal symptoms should be obvious here. Well, not exactly. Despite being a minority of 10%, there is actually a group of individuals who experience physical symptoms. These include muscle aches, twitches, nausea, or vomiting. However, researchers have to dig deeper into the subject to gain a thorough knowledge of the source of these symptoms. It may appear that they are completely unrelated to abstaining from marijuana.

How Long Do Marijuana Withdrawals Last?

If you’re a frequent user, marijuana withdrawals will last no longer than a week. So don’t be discouraged by what you’ve read here. The studies described above have shown that only 42% of heavy marijuana users experience the symptoms of withdrawal. Interestingly, 72% of this minority comes back to using cannabis in attempts to mitigate or completely relieve the withdrawal symptoms. You can do nothing but hope that you’re in the majority of lucky cannabis users.

Moreover, I’d like to point out that withdrawals from other substances, such as alcohol, tobacco, cocaine, and even caffeine are more severe than the ones you can get from quitting weed. Most importantly, the fact is that the above-mentioned substances are proven to be highly addictive and lethal when you overdose on them. Cannabis is not.

Yet unlike caffeine, tobacco, and alcohol, the herb remains illegal in many parts of the world. Canada has legalized weed nationally and many states in the US have also done so. Hopefully, the rest of the world will soon catch up and give this beneficial herb the legal status it deserves.

One thought on “How Long Do Marijuana Withdrawals Last?”