While it may seem like a massive jump to graduate from weed to shrooms, these tiny treasures have seen an uptick in popularity and interest both for recreational and medicinal purposes.

Outside of being your new favourite fungi, shrooms have been a topic of investigation in recent years for their potential medical applications, including treating addiction and mental illnesses such as depression.

What’s more, shrooms, also known as magic mushrooms, can be found almost anywhere in the world.

Celebrated for generations for their psychedelic effects and medicinal uses, the world, both the general population and among the scientific community, is seeing a resurgence of magic mushroom interest, and for good reason!

The properties of shrooms produce both mental and physical effects. However, similar to indulging too heavily in your favourite bountiful bud, there is such a thing as too much.

As with any other substance, watching your dosage and staying within your limit is crucial.

However, if you play your cards right, taking mushrooms can be an intensely visceral experience that changes your mindset in the best possible way.

Not only that, but your internal and external beings produce a synergistic effect of intense euphoria and vivid imagery that combines to deliver an experience you won’t soon forget.

If you still have reservations about magic mushrooms, that’s entirely fair. Until recently, they have received a somewhat skewed rep.

If you bear with us, we will break down all you need to know about shrooms and how to dose them safely to provide you with the necessary context to make an informed decision for yourself. 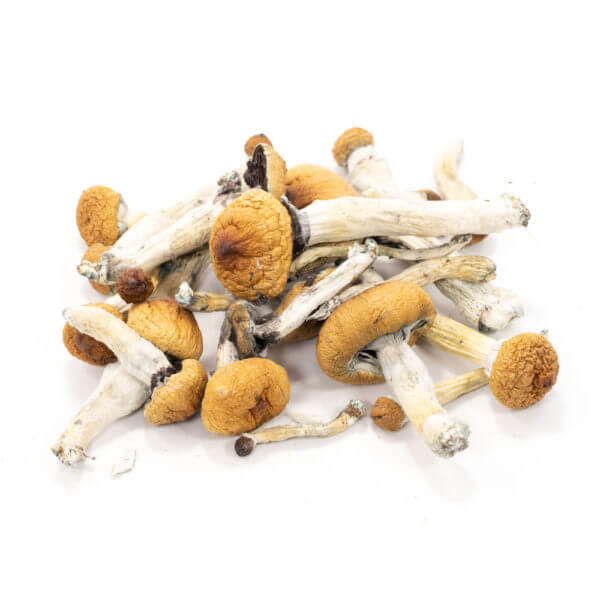 Magic mushrooms, also known as shrooms and psilocybin mushrooms, can be found growing naturally in the wild and cultivated by professionals.

Their claim to fame is the naturally-occurring hallucinogenic and psychoactive compound psilocybin. Psilocybin is one of, if not the most potent psychedelics in existence.

Throughout history, the magic mushroom has been used not just for recreational purposes but also for cultural and traditional ceremonies and medicine.

For example, in Central America, psilocybe mushrooms were an active ingredient in sacred beverages used to trigger hallucinations and induce a dissociative trance.

Similarly, psilocybe, or psilocybin mushrooms, are considered the most important and diverse group of sacred mushrooms used by indigenous cultures in Mexico.

In this instance, mushrooms are used in the “Sacred Mushroom Ceremony,” held under the guidance of a shaman or older experienced individual. The ceremonies themselves combine native and Catholic elements and prayers spoken in Spanish and/or indigenous languages.

While still classified as a Schedule I controlled substance in the United States and a Schedule III in Canada (high risk for misuse), magic mushrooms have managed to creep their way into Western culture.

For example,  American actress, businesswoman and author, Gwyneth Paltrow has gone on spiritual retreats with her staff and utilized the powerful effects of magic mushrooms as a bonding experience.

The term ‘shrooms’ is used to encompass any variation of mushrooms or fungi containing the chemical compound psilocybin, which, when digested into psilocin, produces an altered state of mind and psychedelic experience.

In terms of preparation, shrooms are dried out and eaten as is. That, or they can be mixed with food and drink to infuse them.

If you’re unfamiliar with the terminology, shrooms are labelled with many different terms, including magic mushrooms, mushies, golden tops, liberty caps, blue meanies, and Amani.

What are the Effects of Shrooms? 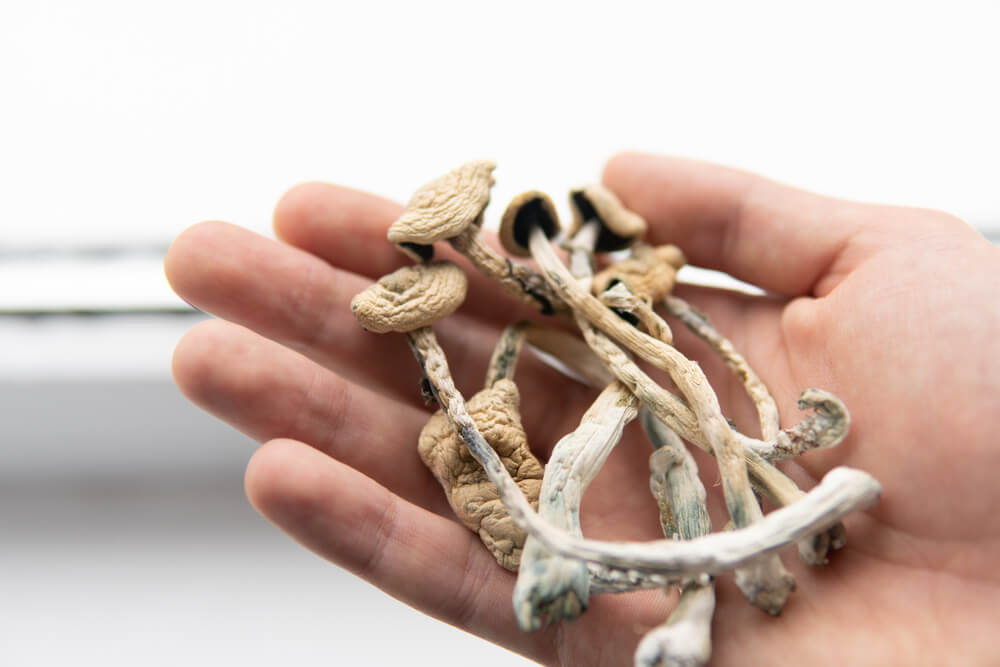 As we previously explained, the primary effects associated with shrooms are psychedelic in nature.

This means that they will likely cause you to see, feel and hear things that aren’t really there. In other words, visual and auditory hallucinations.

While the overall effects will differ from person to person, one of the most significant influential factors that will impact your experience is the specific location you choose to take mushrooms and your state of mind going into it.

In tune with the cultural examples we provided above, magic mushrooms are often associated with mystical experiences that provide substantial introspection and spiritual significance.

These properties have led many cultures worldwide to consider naturally-occurring substances, such as cannabis or shrooms, to be sacred.

Like the effects, the objective and reasons behind mushroom use will vary from user to user. In this way, some may take mushrooms to experience uplifted euphoria and connectedness. Shrooms, namely psilocybin, can achieve this feeling by influencing serotonin levels.

Ultimately, it’ll take roughly 20 to 40 minutes to kick in, with the trip lasting anywhere from 4 to 12 hours, depending on the dosage.

That said, similar to weed; several factors may impact the effects, including the person’s age, emotional state, personality, weight, environment and dosage.

However, similar to any other substance, mushrooms can also lead to adverse effects if not taken responsibly.

Mushrooms have been known to cause yawning, drowsiness and feelings of euphoria. In more extreme cases, however, they can also induce nervousness, paranoia and psychosis.

In this way, mushrooms can produce unfavourable side effects, such as triggering emotional or mental health issues or distress or facilitating accidents if you choose to drive or operate machinery while under the influence.

A big proponent of this is because the actual levels of psilocybin in any variety of magic mushrooms are unknown.

In other words, many different types of mushrooms can vary significantly in their psychoactive potency, which makes it incredibly challenging to determine the length and intensity of a trip. 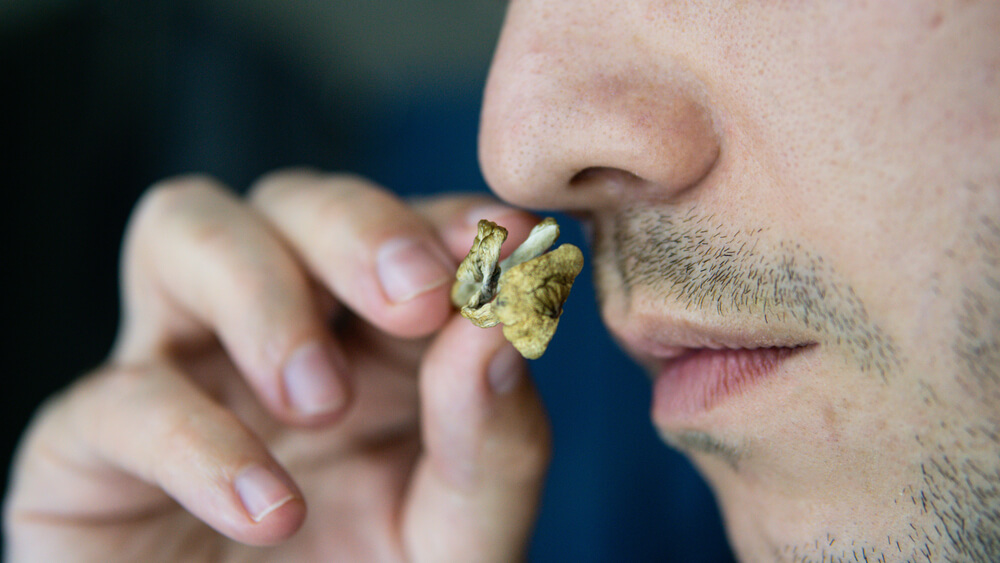 There is a wide variety of magic mushroom species across the world, with each ‘strain’ having the potential to produce a broad range of effects. While some types are tamer and more introspective, others could take you on the trip of a lifetime.

Some of the most popular strains of mushrooms include Mexican Cubensis, Golden Teacher and Amazonian Cubensis.

That said, magic mushrooms can produce the following effects:

How to Dose Shrooms

To take a step back, before delving into proper dosing techniques, it is critical to state that there is no such thing as a 100% safe drug.

As of right now, psilocybin, psilocin and magic mushrooms for recreational use are illegal in Canada except for clinical research purposes under Part J of the Food and Drug Regulations.

That said, if you do wish to try mushrooms, you should approach them cautiously and carefully. In this sense, the purpose of this article is to inform and reduce harm.

There is no set mg dose when it comes to mushrooms. Instead, it is determined by weight in grams.

As we said before, it’s crucial to note that different strains of mushrooms will contain various levels of psilocybin, meaning each mushroom will have different amounts in it.

In this way, like with weed or any other substance, starting low and going slow should be the go-to approach.

To promote a positive experience, microdosing, or starting with low doses, is the best way to ensure that happens.

Whenever you try an unfamiliar substance, it’s best to err on the side of caution to avoid any potential adverse effects from taking too much in one go.

So, it’s best to start with a dose of less than 50% of what you would usually take if you’re new to a particular strain or if you’re unsure of the potency.

As we said before, different strains will have different potencies.

Test out Some Edibles 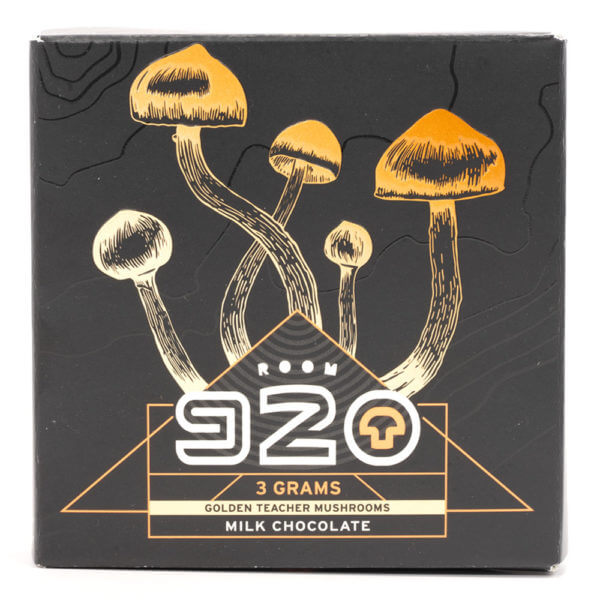 If you’re not super jazzed on the flavour of dried mushrooms or are just entering the world of mushrooms and aren’t confident in doling out the appropriate dose, mushroom edibles are an excellent option.

As with weed, you can also ingest magic mushrooms in a tastier, more accessible edible form. The options are also quite versatile. Users can choose from shroom edibles such as easy to eat mushroom capsules and sweet and tasty mushroom edibles!

The most significant advantage of mushroom edibles is that they are far easier to dose, with most labels outlining the specific psilocybin content in each product to ensure that you can accurately dose for your desired experience and experience level.

So, if you’re new to the game, it’s best to start low and go so. As we said above, start with below a gram and slowly work your way up once you start to build a tolerance. 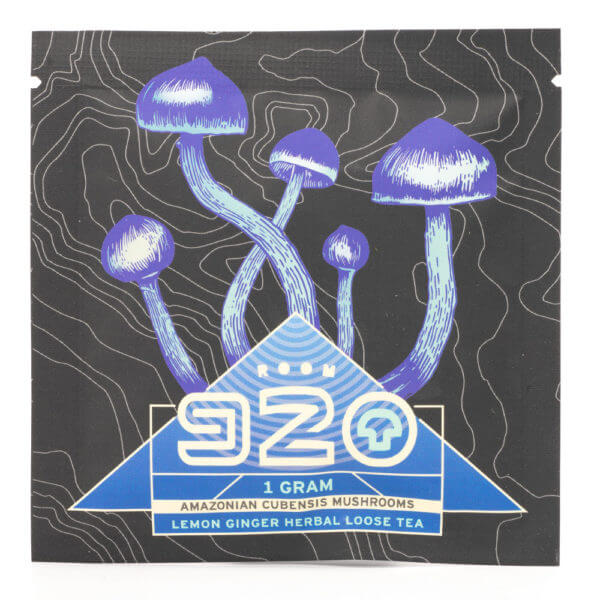 If you’re a first time user of magic mushrooms, you’ll likely find the taste of straight-up dried mushrooms to be extremely intense and potentially off-putting.

Ingesting them as is can also potentially induce nausea due to this particularly powerful flavour and aroma.

So, if you’re looking to dip your toe into the mystical world of magic mushrooms, one of the most popular ways to do so would be to brew a cup of mushroom tea.

Mushroom tea is one of the easiest methods for ingesting and digesting shrooms and is an effective way of curbing and reducing side effects such as nausea and other uncomfortable effects that come from the onset.

You can also dose the tea to your liking and tolerance level.

Weed & Shrooms – Should You Mix the Two?

The answer to this question lies in your particular experience level with one or both of these substances. If you’re new to weed, mushrooms, or both, then combining the two is a bad idea with a side of don’t do it.

Taking mushrooms can produce an intense experience that is both visceral and immersive. However, it can also be quite disorienting for novice users.

Adding weed on top may seem like a good idea for taking things to the next level, but it will likely only serve to create an even more uncomfortable situation.

Some experienced users plead the case that consuming sativa strains may help curb some of the adverse side effects of shrooms, such as anxiety and nausea. However, this technique is best left to those who know what they’re doing.

If you’re new to one or both of these substances, we cannot emphasize enough that mixing the two should be avoided at all costs. Set a baseline for your tolerance of each of them separately.

From there, once you feel more comfortable with how each affects you, only then should you consider the option of combining them.

Magic mushrooms have been used throughout history for their medicinal and mind-altering effects.

Through sacred traditional ceremonies and practices, these cultures’ experiences and mushroom usage have expanded and travelled worldwide, including Western users.

While their medical applications require further research to solidify claims, the current evidence we have for mushrooms helping with addiction and depression conditions is incredibly promising.

Combined with the spiritual and recreational effects, this is likely just the tip of the iceberg when it comes to the potential of shrooms.

That said, if you are considering trying mushrooms, approach doing so with caution and always use them responsibly. If you’re entirely new to them, start low and go slow to ensure the best possible experience.

To create the best atmosphere for inexperienced users, select a calm and peaceful environment, preferably with more experienced users that can guide you through all the stellar sensations you’re about to experience.

Have fun and stay safe! 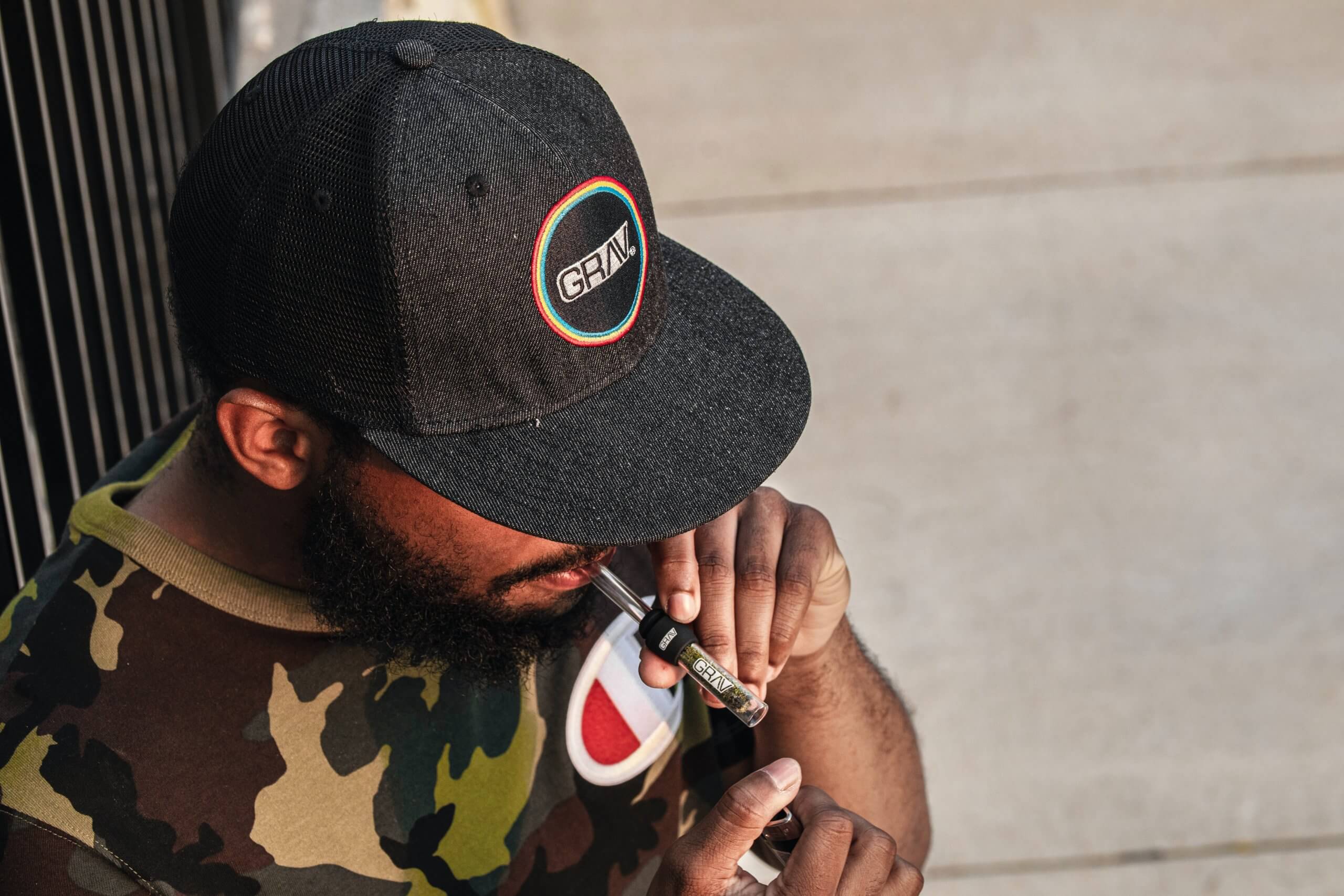 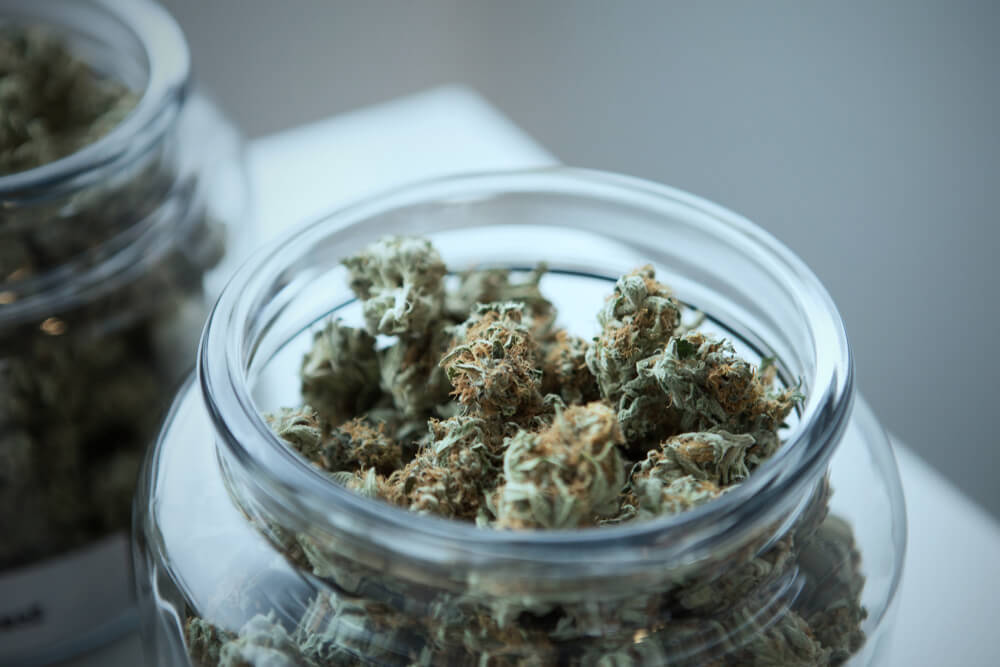 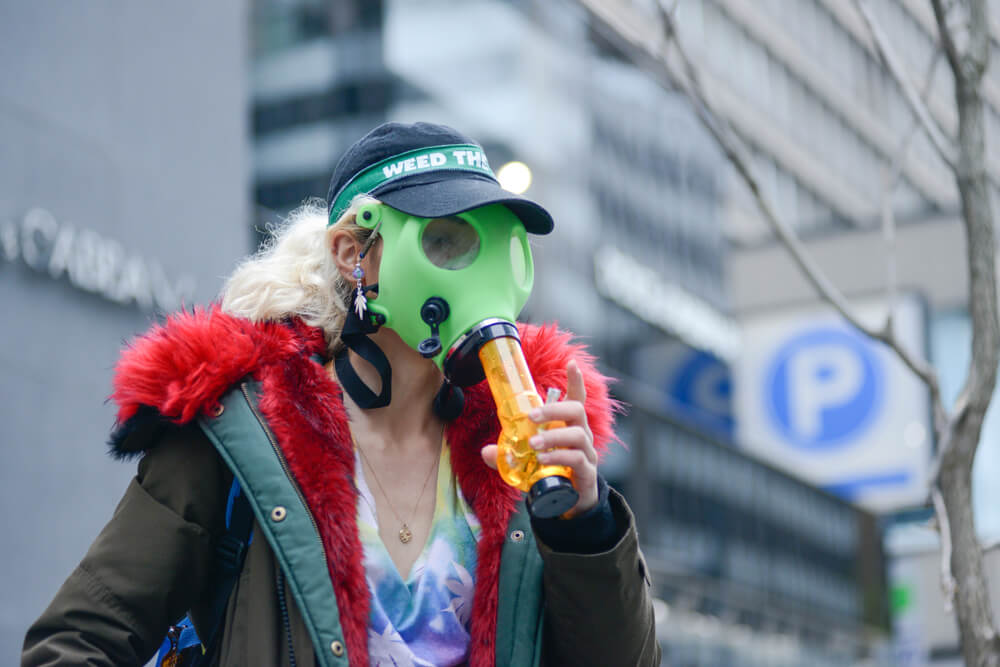 The Gas Mask Bong: Benefits, Negatives & How to Use it