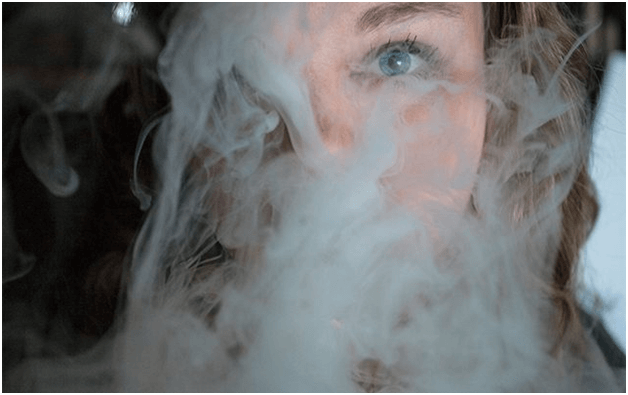 Would you ever think that cannabis, a plant that is used for treating nausea and related conditions, could actually cause it? Neither would I. However, there actually IS a possibility that marijuana can make you experience gastrointestinal discomfort – it’s called Cannabis Hyperemesis Syndrome, also known as Cannabinoid Hyperemesis Syndrome, or CHS.

This recently and poorly understood condition can be caused by heavy, chronic marijuana use. The “hyperemetic” term relates to vomiting, nausea, compulsive bathing, and other severe symptoms. But it may very well start with a period of less worrying symptoms, e.g. morning nausea and consistent urges to vomit.

You may have heard the term “Greening Out” – CHS is the technical term for this. You know your own boundaries when it comes to your marijuana intake, at one-time or throughout the day. Read on to learn more about the possible effects, and how it’s possible to “Green out”…

The Discovery of Cannabis Hyperemesis Syndrome

If you want to dig deeper into this subject, I strongly recommend reading this 2011 study from Temple University; its results may not be jaw-dropping but they will surely make you speechless for a while.

Because people use cannabis to treat nausea and other gastrointestinal discomforts, this acute condition is particularly deceptive. Over time, you may experience stronger abdominal pain or a constant urge to vomit. This, of course, will make you take your medical pot and use it – a natural reaction, isn’t it? Well, here’s the rub!

One of my friends, who is a huge fan of cannabis – both in terms of recreational and medicinal use – was using the herb very frequently to treat his nausea. However, he noticed that his abdominal discomfort was getting worse over time. When he spoke to his doctor, she said that he’s in the medium stage of Cannabis Hyperemesis Syndrome. Advised to put marijuana aside for a moderate period of time, he made a full recovery within a few weeks.

You’re probably as shocked as I was when I found out about CHS. You might also be curious about figuring out whether this condition even exists at all. Let me introduce you to the latest Research on Cannabis Hyperemesis Syndrome.

The earliest study on the CHS dates back to 2004, when Australian scientists discovered a common feature among patients who struggled with cyclical vomiting symptoms, namely chronic cannabis use. The majority of subjects (7 out of 10) who abstained from cannabis for a defined period reported a significant amelioration of their condition. The other three participants refused to stop using cannabis and their symptoms continued.

A serious of similar small case studies followed these findings. They all demonstrated similar patterns:

For the time being, Cannabis Hyperemesis Syndrome remains a theory, and it will take a lot more research to bring theory to fact. Nonetheless, we still don’t know why cannabis would cause symptoms that characterize CHS. Let’s take a peek at what scientists at Temple University say about this strange phenomenon.

How Does Cannabis Cause CHS? 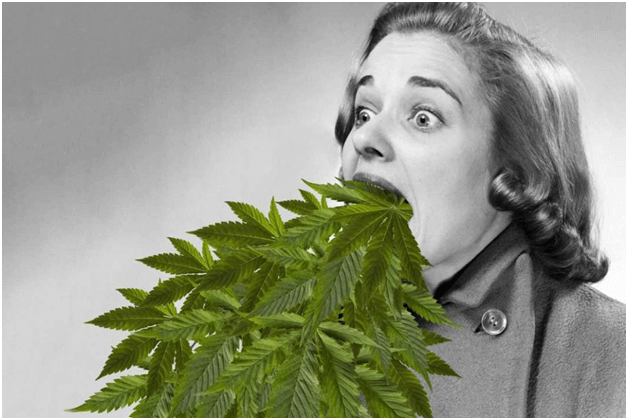 Although the interaction of cannabinoids present in the cannabis plant with our endocannabinoid system may help us feel less nauseous by activating certain receptors of the central nervous system, the activation of CB1 receptors – caused primarily by THC – may have following gastrointestinal consequences:

Given this, marijuana may trigger CHS symptoms by spurring those mechanisms. Thus, it leaves us with an odd paradox – that THC, when used heavily and over a long period of time, may help the brain with its anti-emetic properties, but may also cause nausea and gastrointestinal discomfort with its impact on the gut. 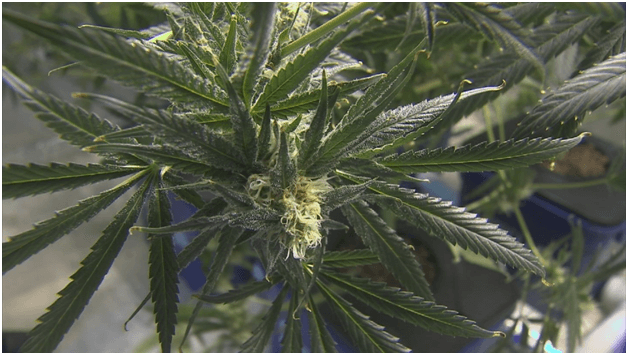 As much as the theory about CHS put forth by researchers is fascinating, some medical professionals remain skeptical. This is mainly because of the poor study design of the original 2004 research that defined Cannabis Hyperemesis Syndrome. Moreover, the authors of the 2004 study linked the increases in cannabis use to liberalized marijuana laws.

On top of that, it goes without saying that cannabis has been used by people for many centuries and is actually consumed by millions of people all over the world. Given this, it’s hard to believe that no one has ever noted this seemingly fresh phenomenon in all the centuries of marijuana use.

The lack of strict and quality research makes it hard for the medical society to determine if cannabis can cause nausea and other abdominal ailments. Therefore, because there is no past evidence of the CHS in the clinical record, we should examine how modern cannabis plants are cultivated. It may be the chemicals present in breeding marijuana plants that affect the way people react to it over a long period of time. Have you ever experienced Cannabis Hyperemesis Syndrome? Or maybe you know the stories of people who suffered from CHS? Let me know in the comments below!